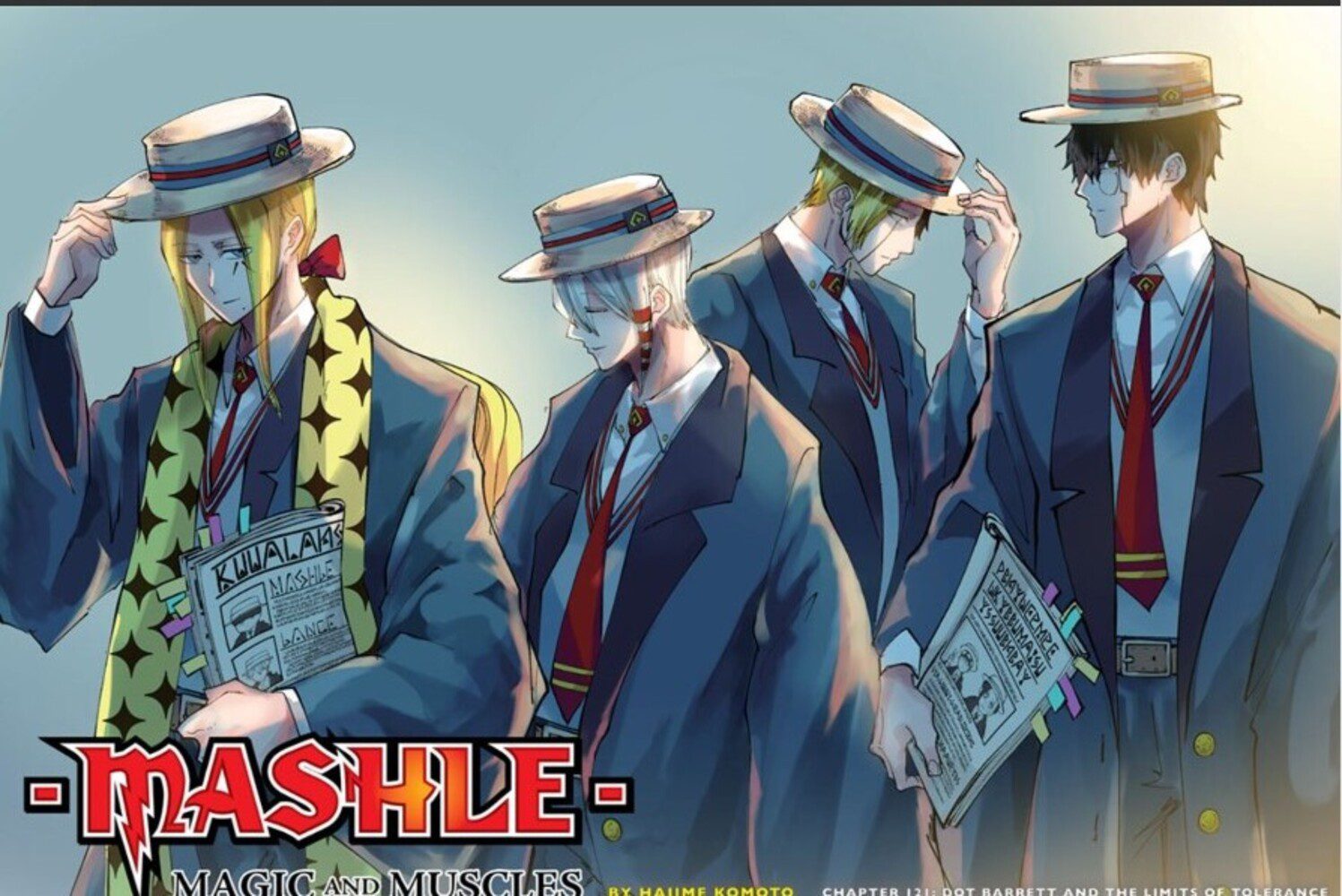 Mashle: Magic and Muscle chapter 122 are set to release this weekend. The Japanese manga series Mashle: Magic and Muscles are written and illustrated by Hajime Kōmoto. It has been serialized in Shueisha’s Weekly Shōnen Jump magazine since January 2020 and collected into 12 tankōbon volumes as of July 2022. 2023 will mark the premiere of an anime television series adaptation.

A young man without even an ounce of magic in his blood is Mash Burnedead, who lives in a magical world where magic defines a person’s position within society. As a Divine Visionary, Mash must become a student of the Easton Magic Academy to live a peaceful life with his adoptive father, Regro. Despite having no magic whatsoever, Mash goes to magic school, determined to survive and prove to the world that muscles can defeat magic.

Despite thousands of manga being made in Anime, the manga community remains loyal to this genre of entertainment. Manga and Light Novels from Japan are a huge reservoir of comics. As a result of the June 2020 manga lockdown, the fandom for Manga has increased significantly. Nowadays, many are curious about what all the fuss is about when it comes to manga. Manga has gained in value and appreciation as a result of this. Mashle: Magic And Muscles is one such Manga that has been on many Binge readers’ lists of to-reads.

This chapter is good so far I appreciated the slight bits of development for the main cast, especially if you look at the story as a whole. I didn’t realize at first that nobody else knew about his sister’s situation, which is why Dot immediately jumps in to help his beloved sister when he learns of her situation. I particularly enjoyed Dot’s speech to Lance and the realization that Lance does not have to face his problems on his own. 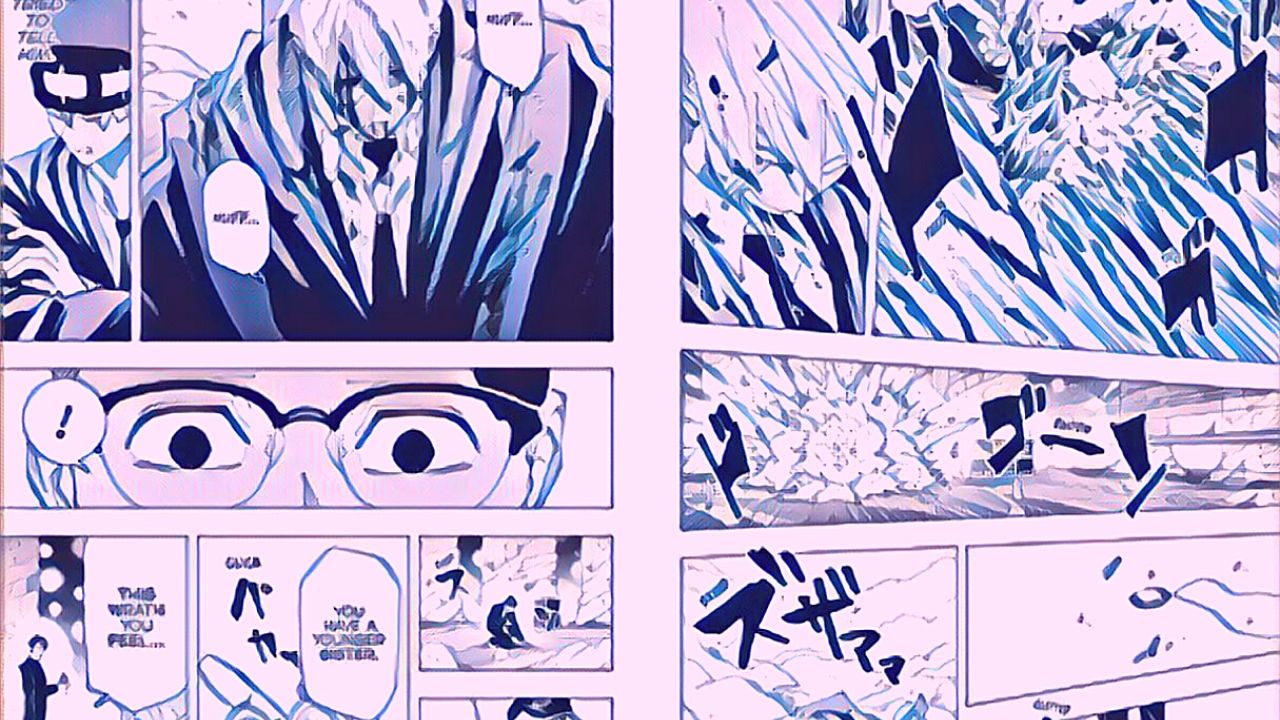 This was touched upon in the flashback to the mandrake potion creampuffs during the DV exam. Then, in the end, Lance uses Dot’s name, which I don’t believe he has ever done in the series. While there is no new information for Dot, it reinforces his belief that “Your Struggles are My Struggles,” which makes sense given what he has been through. As an angry friend, he fights to rectify Lance’s situation for the sake of his friend. Dot is Komoto’s punchline for the standard “Friendship is Power” protagonist trope, but damn if it didn’t lead to an awesome scene.

In his magical world, where everyone believes that Mash Vandead must be eliminated, he is considered a threat to the gene pool and must be eliminated. As a result of his solitary lifestyle in the wilderness, he developed muscles capable of battling magic daily, eventually becoming capable of doing so. Despite this, Mash embarks on a path to become a “Divine Visionary,” a role that has such influence that society is forced to acknowledge his existence once his identity is exposed. 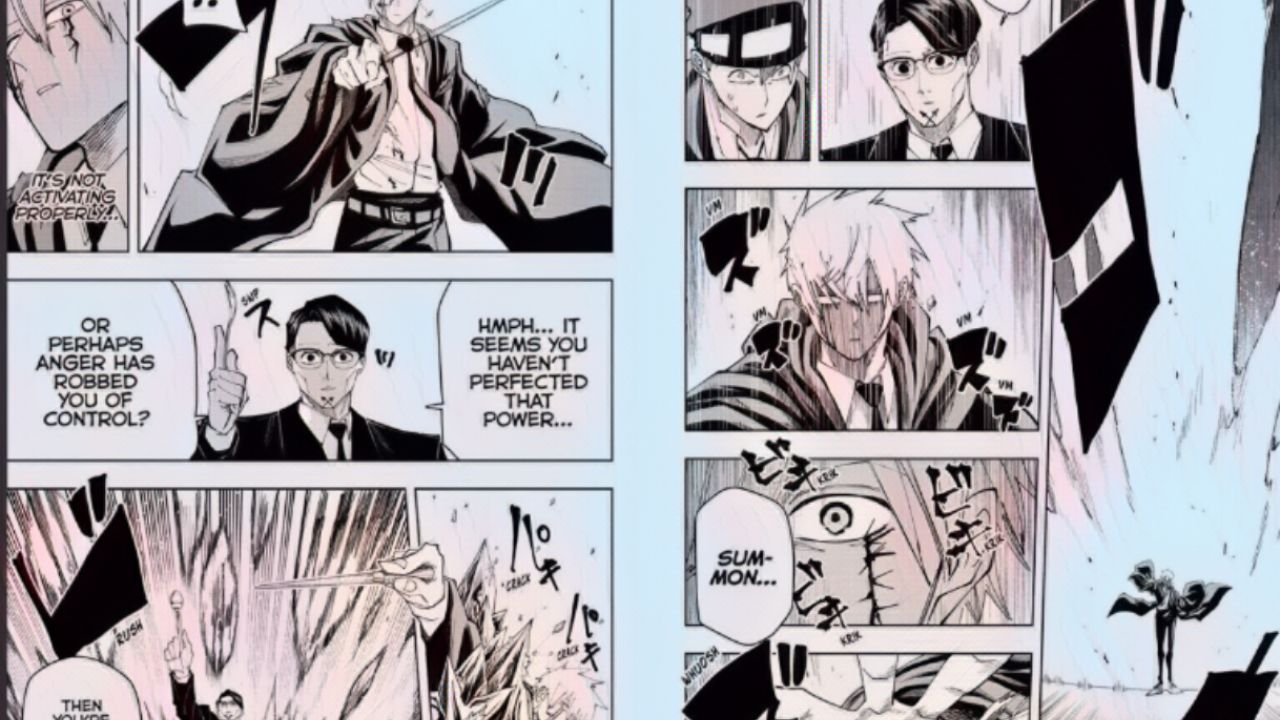 Also Read: The Beginning After The End Chapter 158 Release Date: Arthur Is In Dire Situation!

As a result, magic-less Mash enrolls at the prestigious Easton Academy of Magic, where she will compete against some of the world’s most powerful and privileged individuals. Due to his lack of talents in Easton, specifically magic, Mash seems to have been unfairly treated by his classmates. It will take Mash’s own hands to overcome the challenges he faces and the magic that stands in his way for him to accomplish what he has set out to do. The honorable title of Divine Visionary will depend on his ability to overcome these challenges and magic.

Where to Read Mashle: Magic and Muscles Chapter 122 For Free

Mashle: Magic And Muscles Chapter 122 are available for free on various platforms, including Viz, Mangapus, and more after the chapter 122 release. It is free to read them on the site, but only for three weeks after their release. You will need to pay their minimum subscription fee to read the entire catalog on the site.