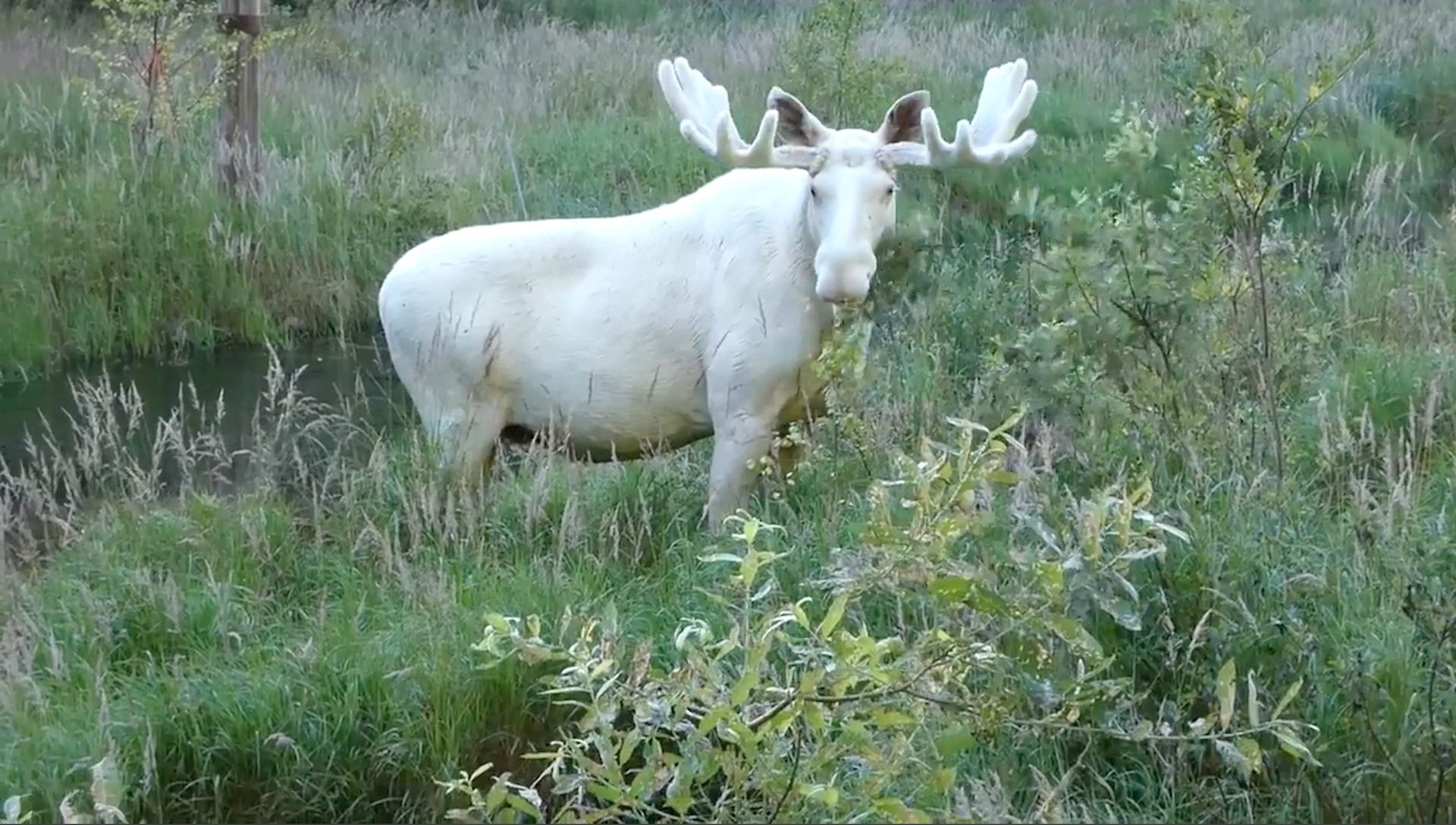 The Legend of The Specter Moose

Clarence Duffy, who was a guide to hunters from Oldtown, was touring and explaining stuff to some hunting enthusiasts when he saw something rustling about in the shrubs by the side of Lobster Lake in 1891. He peered through the woods and aimed his gun, only to be horrified at the sight of a spectral moose, more gigantic than any animal he had seen strolling in the woods of Maine.

Petrified until it left, he went around town narrating his tale, which all laughed off as delusions. But when John Ross visited the banks to chop some lumber a few months later, he met a similar sighting causing him to flee in fear. His account brought credibility to the notion of a ghostly moose haunting Maine till every person in the town was talking about it.

Later that year, another hunter came to Maine to test his prospects when he spotted the creature hovering through the thicket with limbs of mist and a head pale and hollow at the Sourdnahunlt Lake. Overcome with fright, he took his shots at the monstrous being, but the bullets seemed to go past it. He looked his way with dark eyes, irked, and rushed towards him. The man ran for his life and hurried into a vacant bear cave. He could feel the specter moose loitering near its entrance, and after about an hour of deliberation, it left.

Through the numerous incidents that people of and around Maine had with the creature, it was determined it was about 15 feet tall and had antlers that spanned over 10 feet in length. According to the measurements, it was calculated that the moose has to be at least 2500 pounds heavy. In comparison, a regular moose is three times smaller. Soon, the cryptid was known by everyone and was named Specter Moose due to its ghostly appearance. 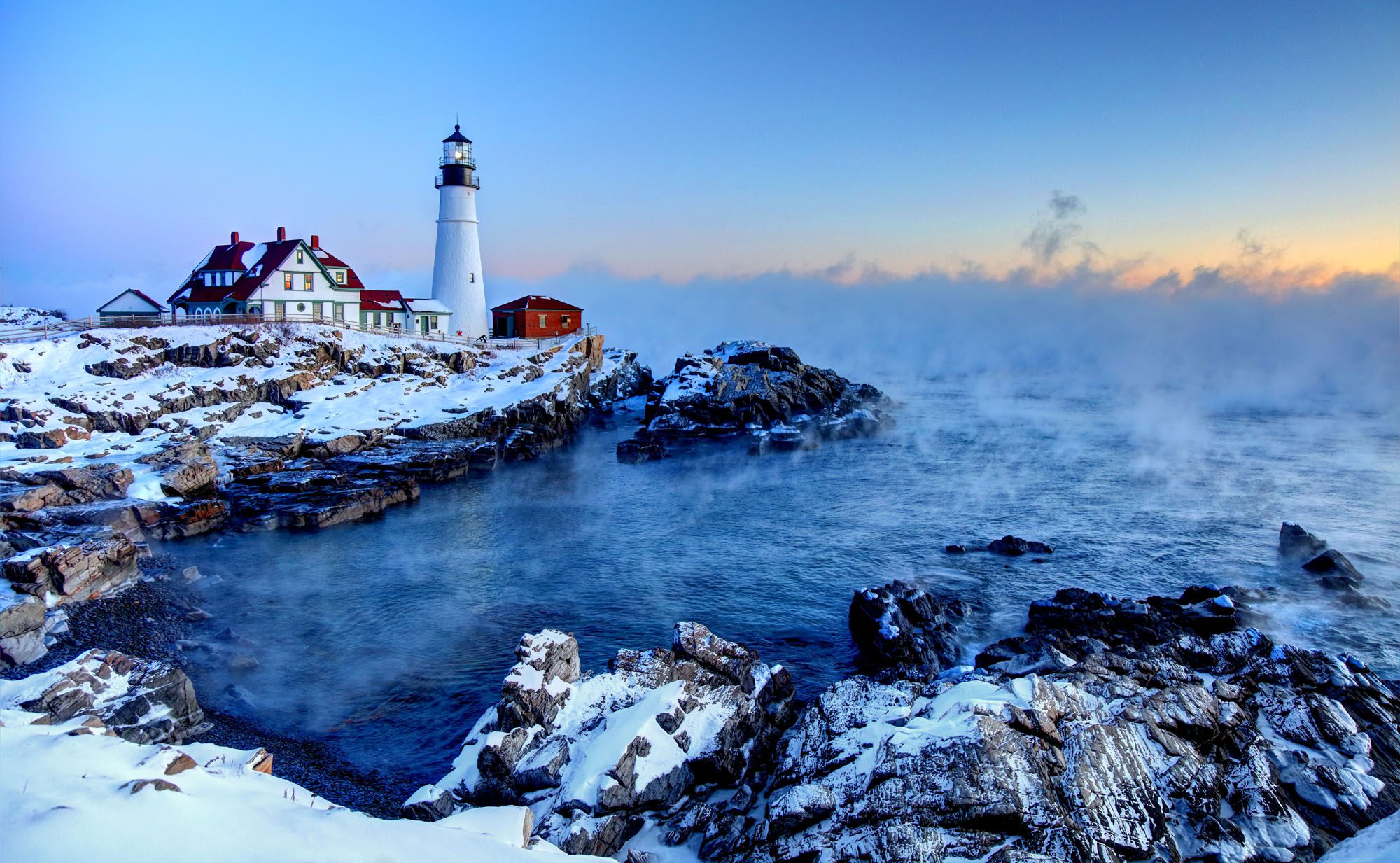 Maine, the largest New England State in the USA

The story came to light when New York Times published an article about the Specter Moose on the 5th of November 1899. The account recalled a man from Bangor who happened upon the creature at the banks of Lobster Lake. Soon tales of the creature surrounding Northern Maine started sprouting like mushrooms in a damp place, multiple talked about it charging at them, forcing them to flee into a bear cave or climb a tree after leaving their bicycles on the ground, but these did not hold much credibility outside of Maine.

Until Howard Van Ness, a reputed athlete from New York, along with three of his buddies, visited the region 48 km to the northeast of the city of Norcross for some hunting in 1892. When he saw the moose, he was horrified since it was bigger than a camel and was gray and sullen, he shot at it many times and pierced it into its shoulder. The creature grunted in agony, and red-eyed came after him. He fled to hide under some trampled branches until the specter moose left.

In 1895, Granville Gray, a taxidermist from Bangor, professed to have seen it, and four years later, a Massachusetts resident called Gilman Brown shot it five times before it escaped. According to his witness, the gray moose had 22 tines on its antler. A local called George Kneeland 1906 saw the specter moose while cycling to Macwahoc.

Having mistaken the creature for a pale horse, he treaded closer only to recognize it to be the cryptid haunting his town. On seeing him, the ghostly creature charged at his bicycle; abandoning his vehicle, George made his way up a tree. The moose left for the woods after a brief inspection.

Between 1932 to 1938, A man called Houston came upon the beast in the Chesuncook region in a herd of three male and thirteen female moose. One amongst the three was so huge and of ghostly hide that it looked like a phantom watching over the miniature moose in comparison.

When the man looked for a second time, it vanished. Once a troop of hunters captured and murdered the specter moose, according to one of the stories. They pried its neck open and hooked it to a branch to make good of it the next day. But that very night, the ghostly creature visited their camps with blood oozing out of its neck, they tried killing it for a second time, but the moose took no heed and disappeared into the mist. Plenty of other sightings place the beast from Maine to Ashland.

Also Read: The Disappearance of Barbara Bolick: What Is The Truth?

A Spirit Or A Skin Condition?

When this strange occurrence came to the notice of popular media, National Geographic took the responsibility to explain it. Maine moose are often infested with hundreds if not thousands of ticks throughout their hide, which has led to a condition known as “Ghost Moose” by biological experts. The excessive draining of blood creates a dead ambiance to the animal, paired with a skinny body and patchy fur. 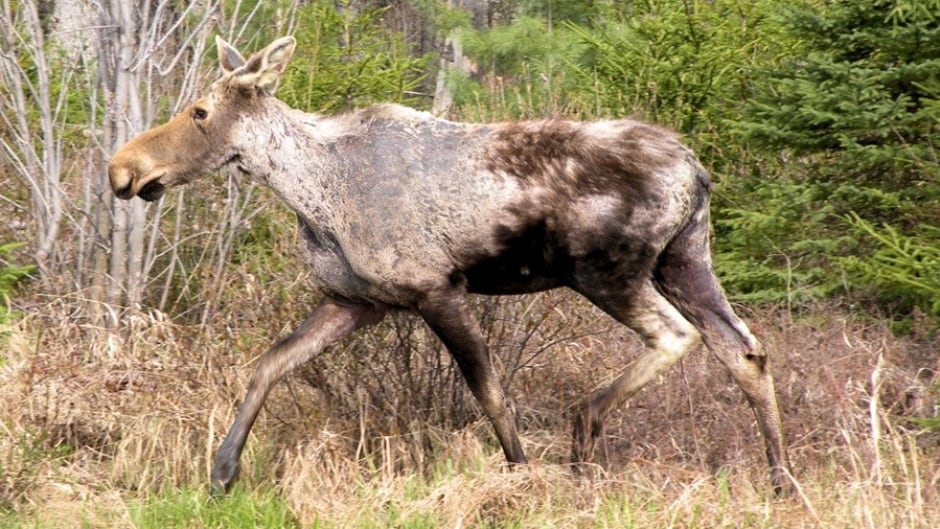 The creature is also suggested to have a recessive gene within its DNA that is called albinism or, in a sense, caused gray fur to sprout with brown, inducing the discoloration. This skin issue is called piebald and is not rare but not absent in moose across Alaska and regions of Canada. A video of an albino moose from Sweden also gained much response from social media outlets in the August of 2017.

But some still believe that the Specter Moose is a paranormal occurrence as it was reported to have dark eyes in comparison to a moose discolored by skin condition which sports pink eyes. The creature’s abnormal size cannot be explained away, either. Further, tales from Maine talk about the ghostly creature being a sign of foreboding of something bad like that one time in Franklin in 2002. The owner of a restaurant confessed to having witnessed the giant animal before his eatery burned to ashes.