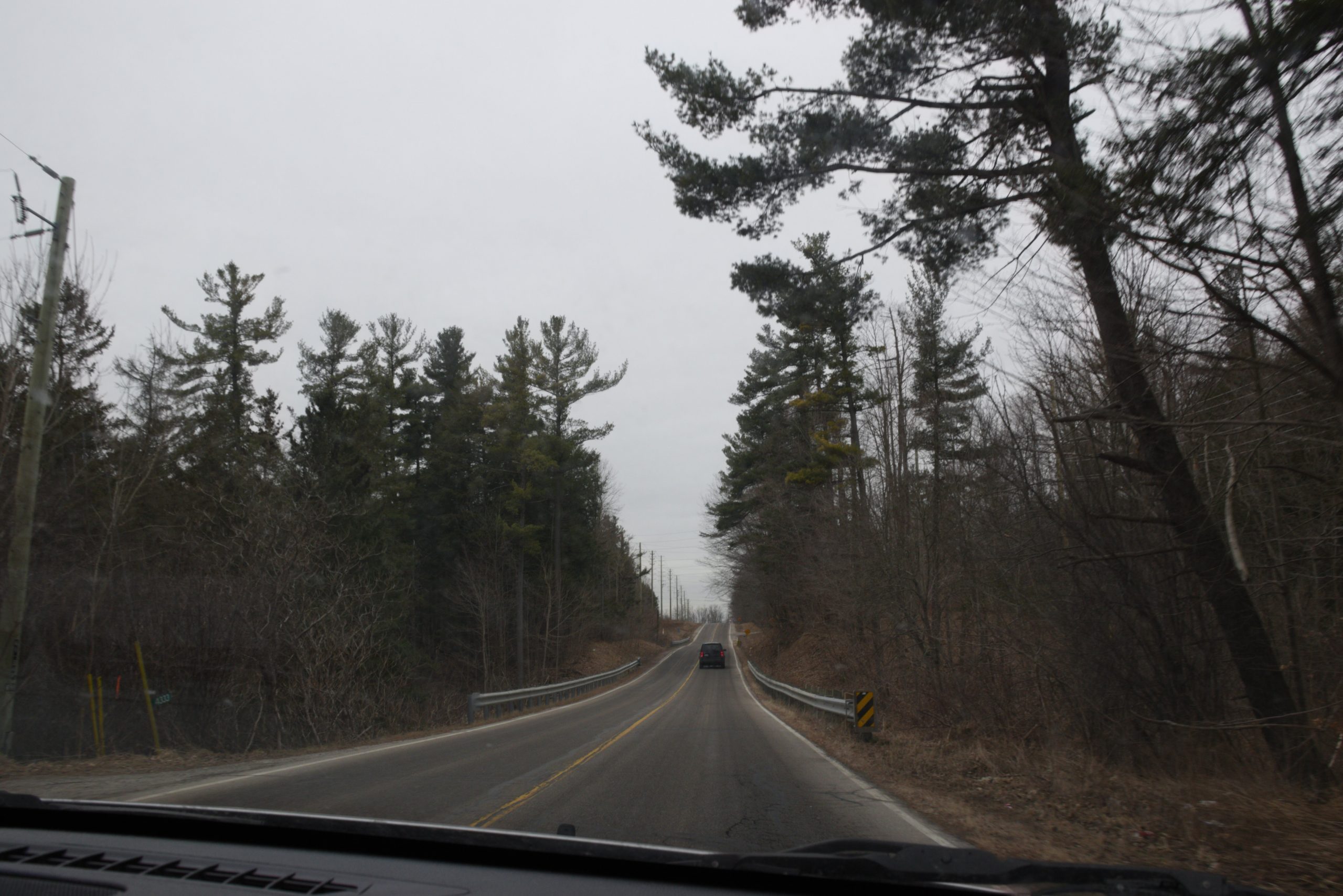 Superstitions are as old as humans. Black cats, salt circles, touching wood, and blessed oils. We would have seen many practices and beliefs that are beyond natural explanation, but we dearly hold to. They usually make sense in their weird way, and even if they do not, we still reflect on them and keep to them. The people of Vaughan, a city, situated in Ontario of Canada, profess a belief that none of us can hold against them—The Haunting of Kirby Road. The most popular urban legend in all of the Peel Region and Brampton, Kirby Road attracts many tourists and paranormal investigators, some go home disappointed and some intrigued, but all would agree that the mystery of Kirby Road is unsolved.

This mysterious road is home to many accidents but old and new, while it might seem too unfair to associate such infamy with a simple accident-prone area, the residents of Vaughan say that it is not the accidents that earned the road its reputation. It is believed that a ghost haunts the road at night. They talk of a gravestone that sits at the edge of the road with a name etched in cursive. ‘Selina’, it says, with no last name, and continues to read, ‘I am a cute kid 1.15.78-11.1.93’.

The vague details and the missing identity of who had placed the tombstone along the Kirby Road leading to the Pine Valley drive are all mystifying, but the real horror is understood when the passersby see young Selena sitting near her tombstone. The peculiar tombstone went on to become the muse of the 2016 horror movie “The Haunted House On Kirby Road“. It makes one wonder what is so special about this creepy slab.

On the 1st of November, 1993, a couple of young teenage girls were maneuvering their minivan along Kirby Road when they suddenly the girls lost control of their van and ran their vehicle into a nearby ditch. In the movement of the accident, one of the girls, namely Selina Degasperis, was flung out of the minivan due to the impact.

The 15-year-old died, and a memorial—a tombstone— was erected in her honor at the edge of the road in a minivan along Kirby Road. Engraved on the stone erection were her first name, the date of her birth and her death, and an odd inscription. Everyone mourned the misfortunate young girl, but it was not long before fear crept into its place. 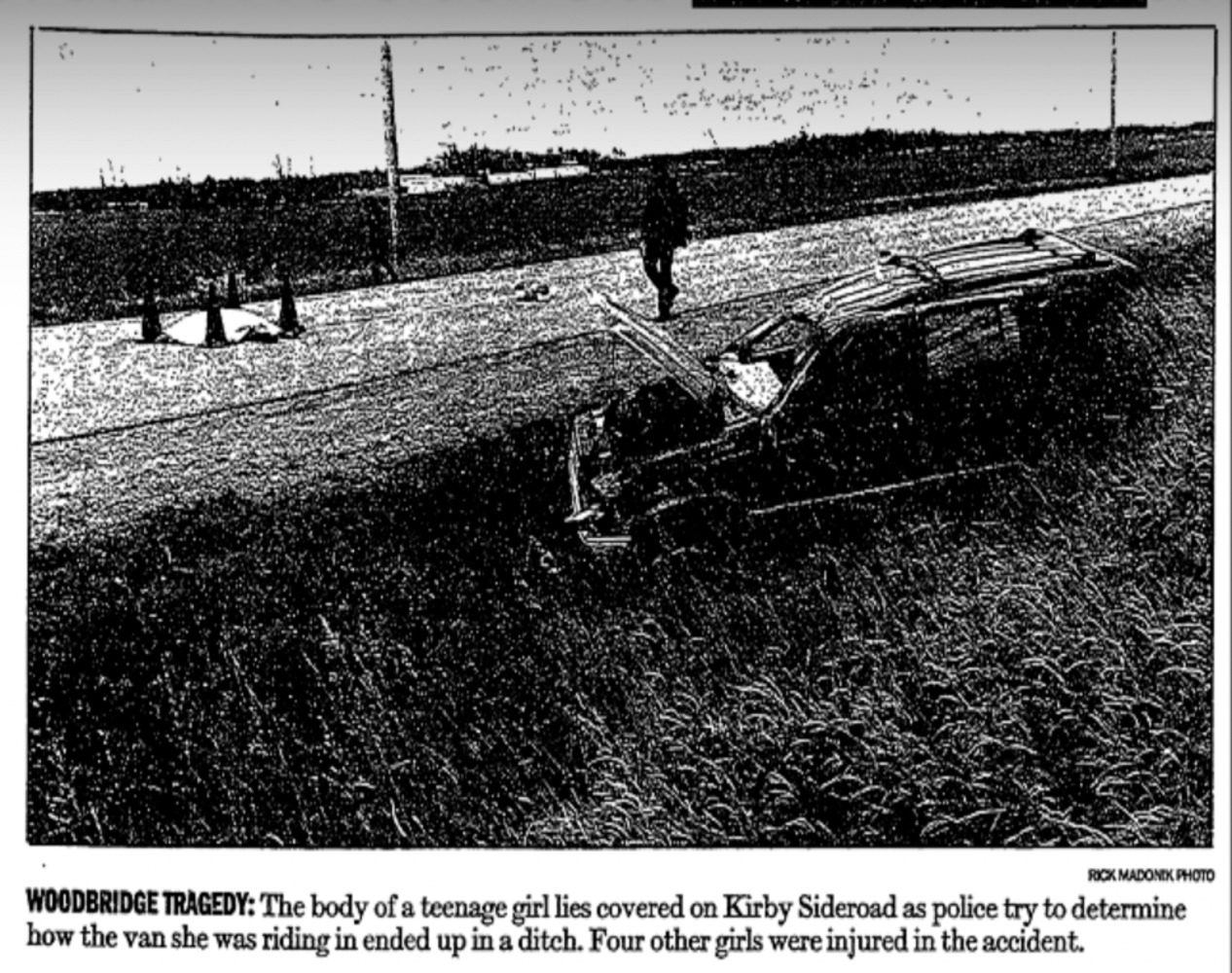 Wayfarers started complaining about an adolescent child resting upon a branch above the tombstone. Some said that at midnight one could hear the screams of a woman or a girl howling through the darkness, perhaps reliving the gruesome incident. Those visited by the apparition swear to have almost met an accident themselves, overcome by terror. Some speak of cars not starting or disrupted radios. Investigations conducted by enthusiastic fans of these rumors uncovered another one.

They tell of another young girl whose father belonged to the KKK, a white supremacist cult. The father and the rest of his family lived in a farmhouse, which is now called “Hell House”. Supposedly, his daughter was in love with an African American boy. Enraged, the father started in his truck, looking for his daughter. When he found her on Kirby Road, the maddened man drove over her. Some have added to this story, saying that the man later murdered his whole family or that the daughter was Selina herself and she haunts Kirby Road because she holds a grudge against her father and the ‘Hell House’.

On the 27th of September 2015, the road took the lives of three children and an elderly man, with two more women in the hospital. The three children, all under the age of nine, faced brutal deaths. At the scene of the accident, only one child had deceased on the spot, while the other two died on their way to the emergency. The collided car was found at the crossover between Kipling Avenue and Kirby Road. The police say that the man that had caused the accident was impaired, but the residents of Vaughan do not hold the same view. The reportedly haunted tombstone has long been removed from the roadside due to repeated vandalization, but people claim the ghost of the girl still looks upon its visitors from the same spot. 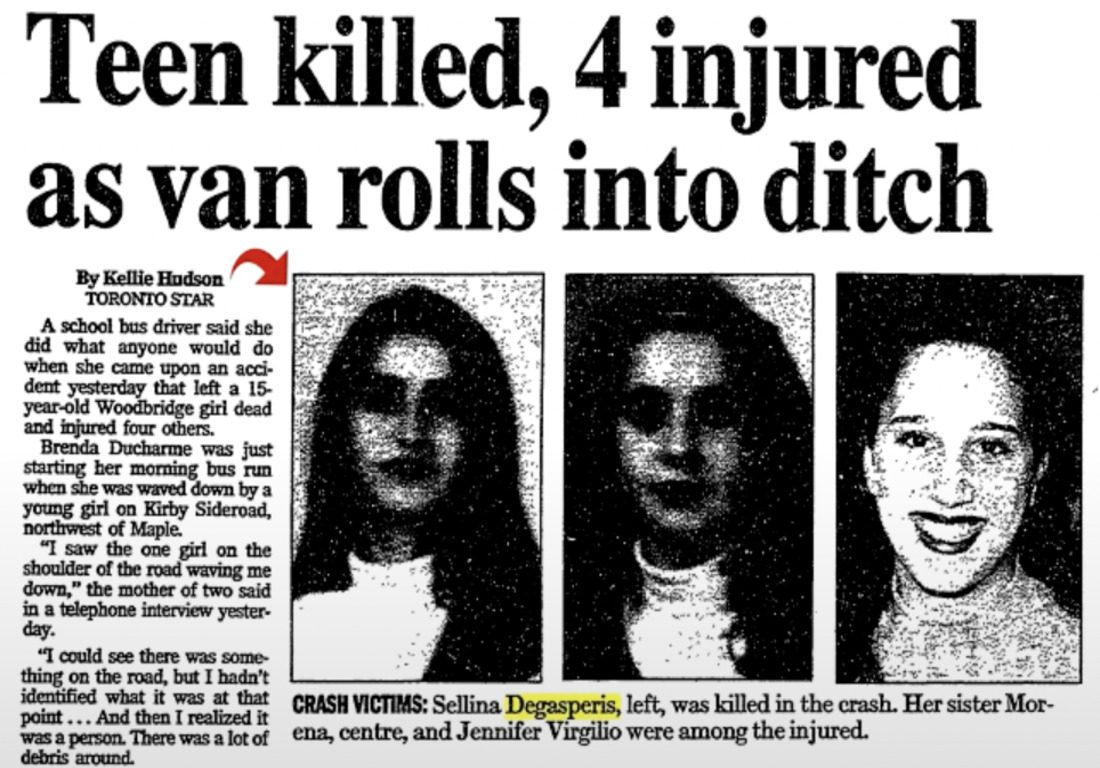 The interlinking roads of Ontario are full of mysteries, and Selina is just one of them. People there talk about the River man of Brampton, a man who watches students of the Secondary School walk by in the dead of night, with his adobe rooted deep in the woods. And about the Peel Art Gallery Museum and Archives (PAMA), the building which once used to be a jailhouse, they say the dead inmates roam the halls after dusk. Skeptics, though, like always, brush off the story of Selina and all other hauntings of Ontario to be pure fiction for the media to earn a buck. What do you say?

Also Read: The Devil’s Footprints Of Devon: Something Sinister Approaches In The Night