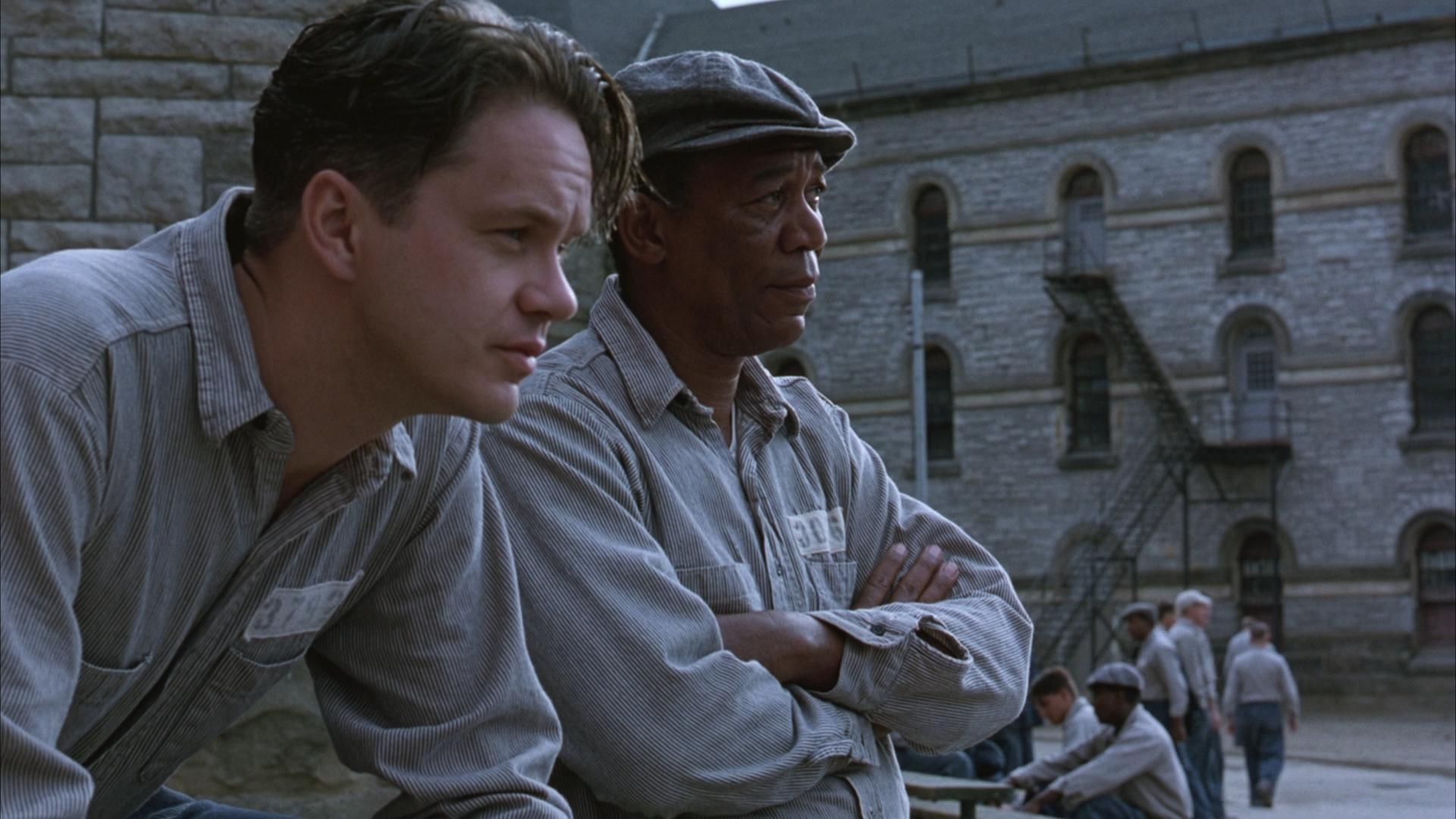 The Shawshank Redemption was one of the best stories from the ‘90s Hollywood. It gained critical and commercial acclaim from all around the world. It focuses on a group of people who end up in jail but mainly on Andy Dufresne. He used to be a banker in Portland but ended up in prison because of false accusations against him. His wife and her lover are murdered, and the entire evidence points towards Andy. He is thus confined behind bars for life. Here, he comes across people from all over the country, good and bad.

Initially, a group of bullies named the Sisters started assaulting him. The Shawshank Redemption gives us the most valuable lesson of all time, the lesson of Hope. We saw how Andy was stuck in prison with his entire life decided ahead of him, but he did not lose hope at all. In the beginning, we see that Andy asks his new friend Red to smuggle some things for him. Andy asks for a rock hammer along with a large poster of Rita Hayworth and a Bible.

After a successful run at the administration of the prison, Andy starts handling finances of Norton. He also comes across the documents that suggest that his boss is actually responsible for money laundering in prison. Andy starts life for himself in prison. He helps his fellow inmates who have always been good to him. In the middle of the film, we get to know that Andy was never the killer of his wife and her lover. He was just drinking at the crime scene, but the killer was someone else who had already been taken into custody and was in another prison. 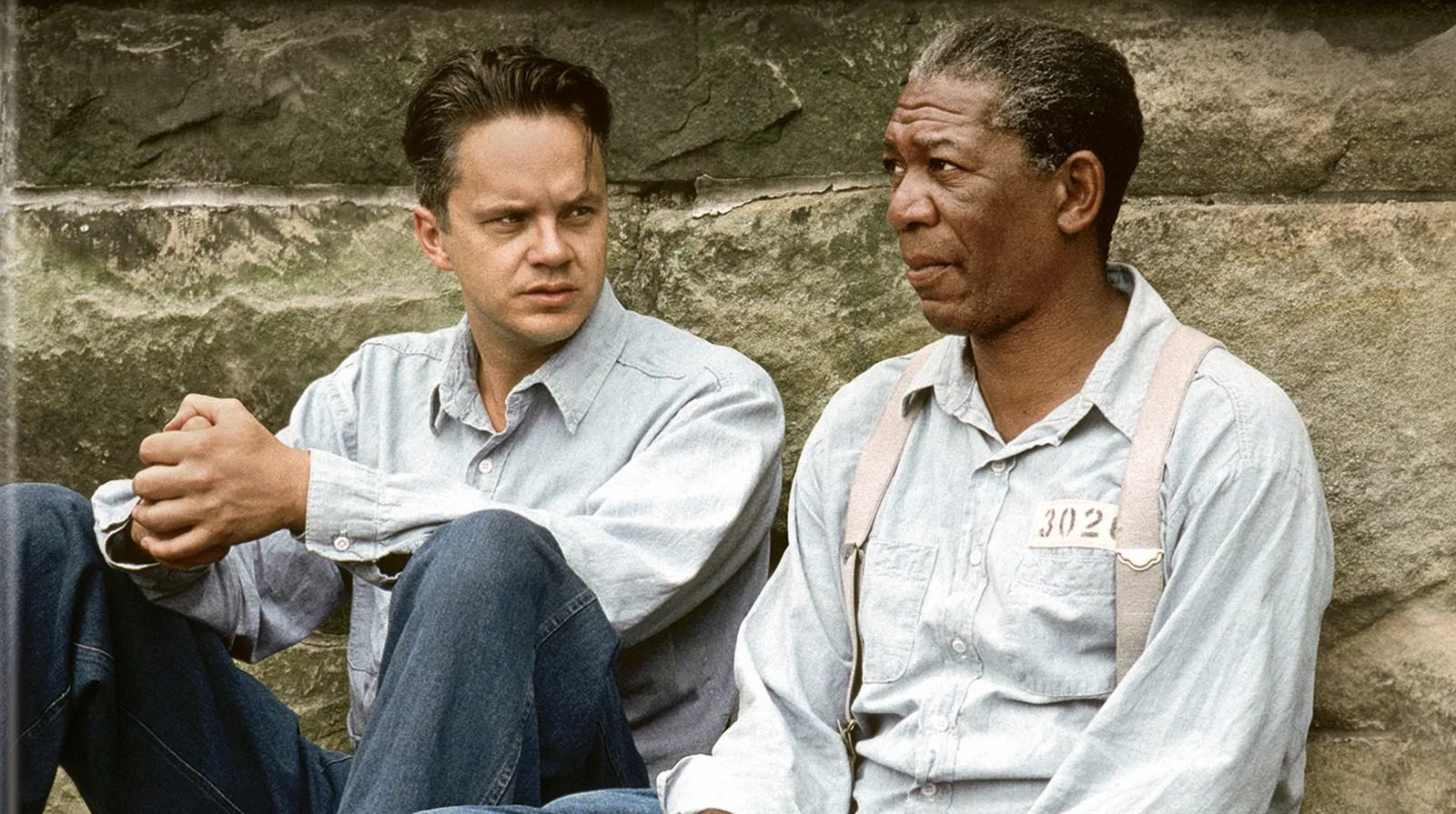 A still f Andy and Red from The Shawshank Redemption

When he reveals this information to Norton, the superior kills the inmate who is claiming to testify for him. Actually, the man does not want Andy to go because he has been of great use to him all this time, thus destroying any chance that Andy has of getting out of this hell. Despite the fact that Andy remains silent during this situation, he obviously had a lot going on in his mind. The man plotted every single detail of his escape, and finally, after 19 years, it was all his. Now, the question is raised about whether or not, The Shawshank Redemption is based on a true story or not. Well, we are here to solve all your doubts.

Is The Shawshank Redemption Based on a True Story?

No, The Shawshank Redemption is not based on a real story. It is inspired by a novel that was written in 1982. It was published under the name of Stephen King and was titled Rita Hayworth and Shawshank Redemption. Originally, the narrative in the book describes the events in the form of seasons. As the seasons change, the story tells us about the development in the case of Andy and his life.

As for Andy, his character was inspired by a real man from 1957. This person is named Frank Freshwaters. He pled guilty to the murders and received a reduced sentence by the court of law. But well, Frank was not as intelligent and bright as Andy, and thus, we see him being reckless and violating the probation he was on.

In the film, we see that after a series of events that are unfavorable toward Andy, he asks a fellow inmate to smuggle a long rope. This makes Red really nervous about his well-being. We are led to believe that Andy has committed suicide in his cell when he does attend the roll call for the next day. As it turns out, Andy has escaped and is already living his best life by that time.

We see that the poster which was hanging in Andy’s cell is actually a cover to hide the tunnel he had been digging every day, with patience and consistency, to be freed from the place. It was all after he learned about the blueprint of the place that Andy was able to locate and calculate the direction of his efforts. He then stole a hell lot of cash from Norton and even created a fake ID for himself. He even helped Red later in his life when he was released.