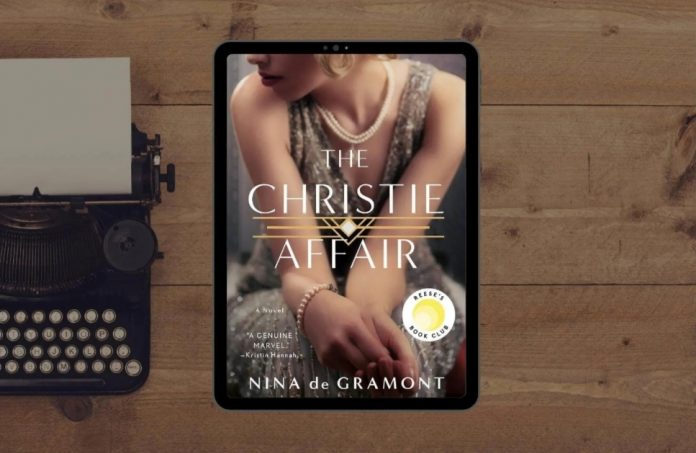 With the release of Nina De Gramont’s The Christie Affair, readers are interested in knowing if the Christie Affair is a true story? The historical drama is set in 1926 and it follows the story of Mrs. Christie and her husband. The novel received positive reviews from critics and fans. People who love mystery drama, I am sure you are gonna enjoy this novel. Readers suspect that the novel is based on a real story because the character in the novel is a famous author Agatha Christie. If you are Christie’s fan then surely the novel is perfect for you and will force you to turn one more page till you will finished the entire novel.

It was released on 20 January 2022. The novel explores some hidden and rarely known facts about the author. Also, It is receiving positive reviews from the readers. Here in the article, we will talk about Is the Christie Affair based on a real story. Let’s delve into the article and find out about the novel.

What is the plot of the novel?

The Christie Affair is based on Agatha Christie’s abduction in 1926. It revolves around the author, her husband, and her husband’s mistress Nan O’Dea. The story is displayed from Nan’s point of view and we have seen her narrating many of the chapters. De Gramont imagines her as an Irish woman who had learned to speak with a highbrow London accent to seduce Mr. Christie and persuade him to marry her. There are two men in the story.

To add a romantic flavor to the story, Nina introduces the readers to Nan’s past. At the age of 19, Nan falls for a guy named Finnbar. The story of two lovers, Nan and Finnbar, who first met during World War I is more her story than Agatha Christie’s. There are a lot more elements in the story, from romance to mystery, murder affairs, and much more. It is written in a realistic way that appears to be based on a true story.

Is the Christie Affair a true story?

Although it featured the story of famous author Agatha Christie, the novel is purely based on the imagination of the Author Nina De Gramont. The story revolves around Christie’s mistress and that seems to be a fictional character. The whole backstory is based on imagination and has no relation to any person.

Also Read: Top 10 Side Characters In The Witcher

Who is Nina De Gramont?

Nina De Gramont is a professional writer and a professor of creative writing. She was born in Englewood, New Jersey. The American author is quite famous for her young adult novels. Her novel “The Last September” has received positive reviews from critics. She is currently in the headlines  for her new novel “The Christie Affair.”

She lives in coastal North Carolina with her husband who is also a writer. Nina is best known for her novels such as Meet Me at the River, The Last September,  Every Little Thing in the World, The Distance from Me to You, and Gossip of the Starlings. The distance from me to you has recently been optioned for a movie.

Who is Agatha Christie?

Agatha Christie is an English writer who is best known for her 66 detective stories and short stories. She was born on 15 September 1890 in Devon, England. Agatha was born in a wealthy upper-middle-class family and has done her basic schooling from home. Initially, her writing career was brutally unsuccessful. After six consecutive rejections, her first novel The Mysterious Affair at Styles was published in 1920. Some of her notable work includes Murder on the Orient Express, The Murder of Roger Ackroyd, Partners in Crime, and The Mousetrap.

She was married to Archibald Christie in 1914. However, their marriage did not last for very long and in 1928 the couple split their ways. Two years later in 1930, she married Max Mallowan. On 12 January 1976, Agatha left for the heavenly abode at Winterbrook House, Wallingford, Oxfordshire, England.

Also Read: Kim Min-Hee Returns To The Big Screen With The Upcoming Movie The Novelist’s Film