From time to time, people have titled some godly talented celebrities as Kings and Queens. Moreover, no doubt they deserved all of it. Today we will talk about Who Is The Real Queen Of K-pop In 2022? We will also talk about why she is considered so. What are all her talents? Why do people love her so much? You can also tell us who do you think is the king or the queen in the comments section. Well, I can say there won’t be a need for that because I am pretty sure that they would be on our list of Queens.

The popular music genre is known as K-pop, or Korean pop songs, and has its origins in South Korea and is an important part of its culture. Along with its origins in traditional Korean music, it also combines styles and genres from other countries, including pop, hip hop, R&B, experimental, rock, jazz, gospel, reggae, electro-funk, folk, and bluegrass, disco, and classical music. The 2000s saw a rise in “K-pop” popularity.

South Korean pop music was formerly known as gayo. Although the word “K-pop” is widely used colloquially to refer to all Korean music and singers, regardless of genre, which is associated with the country’s entertainment and idol industry, it can also be used generically to allude to all South Korean popular music or pop music. 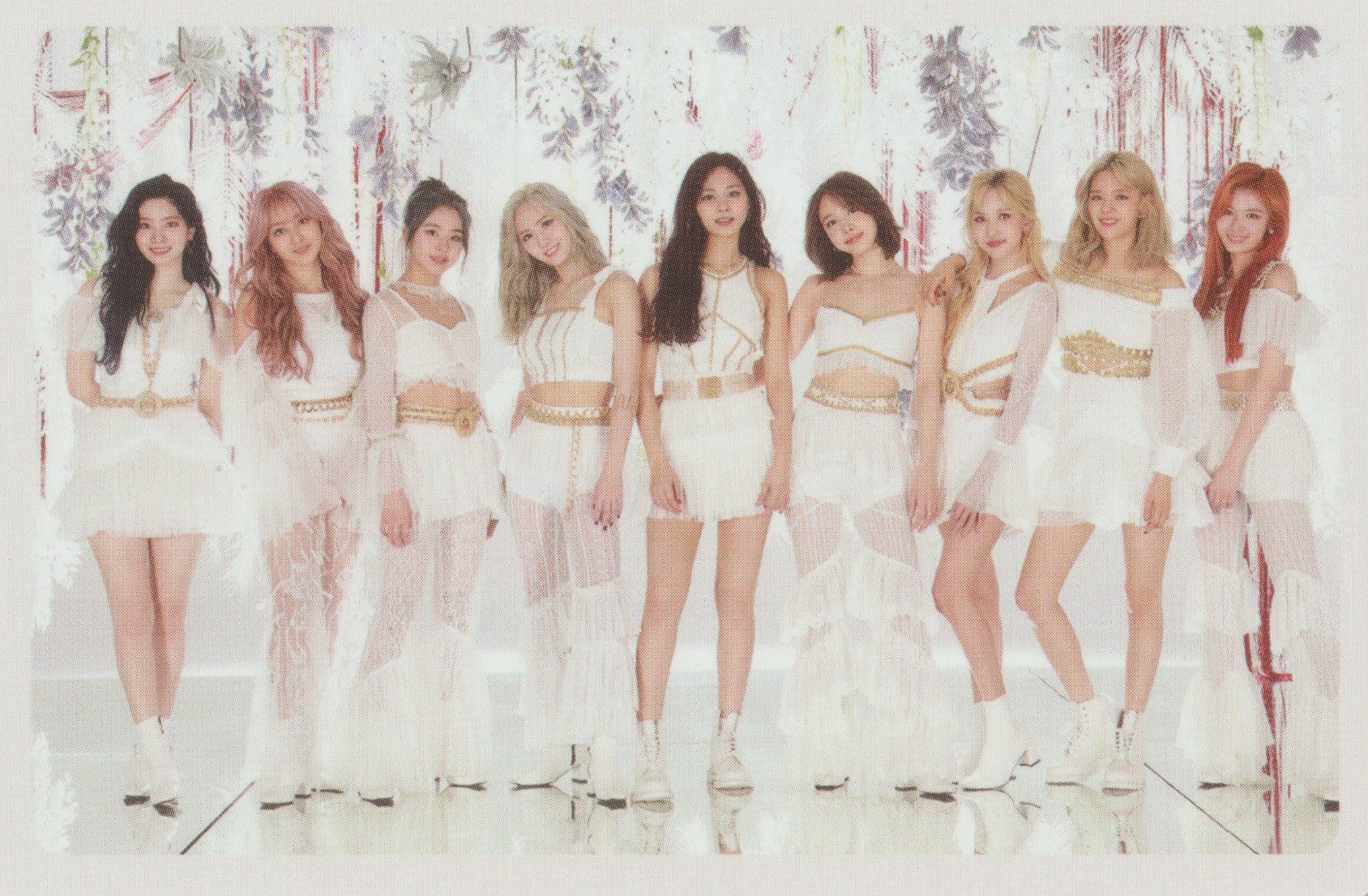 Idols Who are the Queens of K-pop

This list contains all the idols who are considered the queens of K-pop. They are all godly talented and beautiful in all their glory, and they don’t stand by the standards of the world because they make their own god damn standards.

Blackpink, a South Korean female group, is led by Park Chaeyoung, also known as Rosé (born Roseanne Park on February 11, 1997, in Auckland, New Zealand), who is also the group’s lead dancer. Rosé also has a lucrative independent career and a sizable fan base as a solo performer. She is most recognized as a solo singer for her distinctive vocal timbre, which has drawn accolades since her debut. She and labelmate G-Dragon worked together as solo artists on his 2012 song “Without You,” which climbed number ten on the Gaon Music Chart.

In the K-Pop scene, Rosé’s voice has been praised for its distinctive vocal timbre. Following her Blackpink debut, Rosé’s vocal range received much positive feedback. Because of their “same singing style,” idols are “hard to locate who stand out from the rest,” according to Philippine reviewer Almira Blancada, who wrote for ABS-CBN, but “one would recognize it’s Rosé singing in a heartbeat.”

South Korean artist Gummy, whom Rosé described as a musical inspiration, said of Rosé after she performed on an episode of Fantastic Duo 2 that “Rosé’s voice is so distinctive, it’s the voice young people seem to love.” Additionally noted for having a broad vocal range is Rosé. 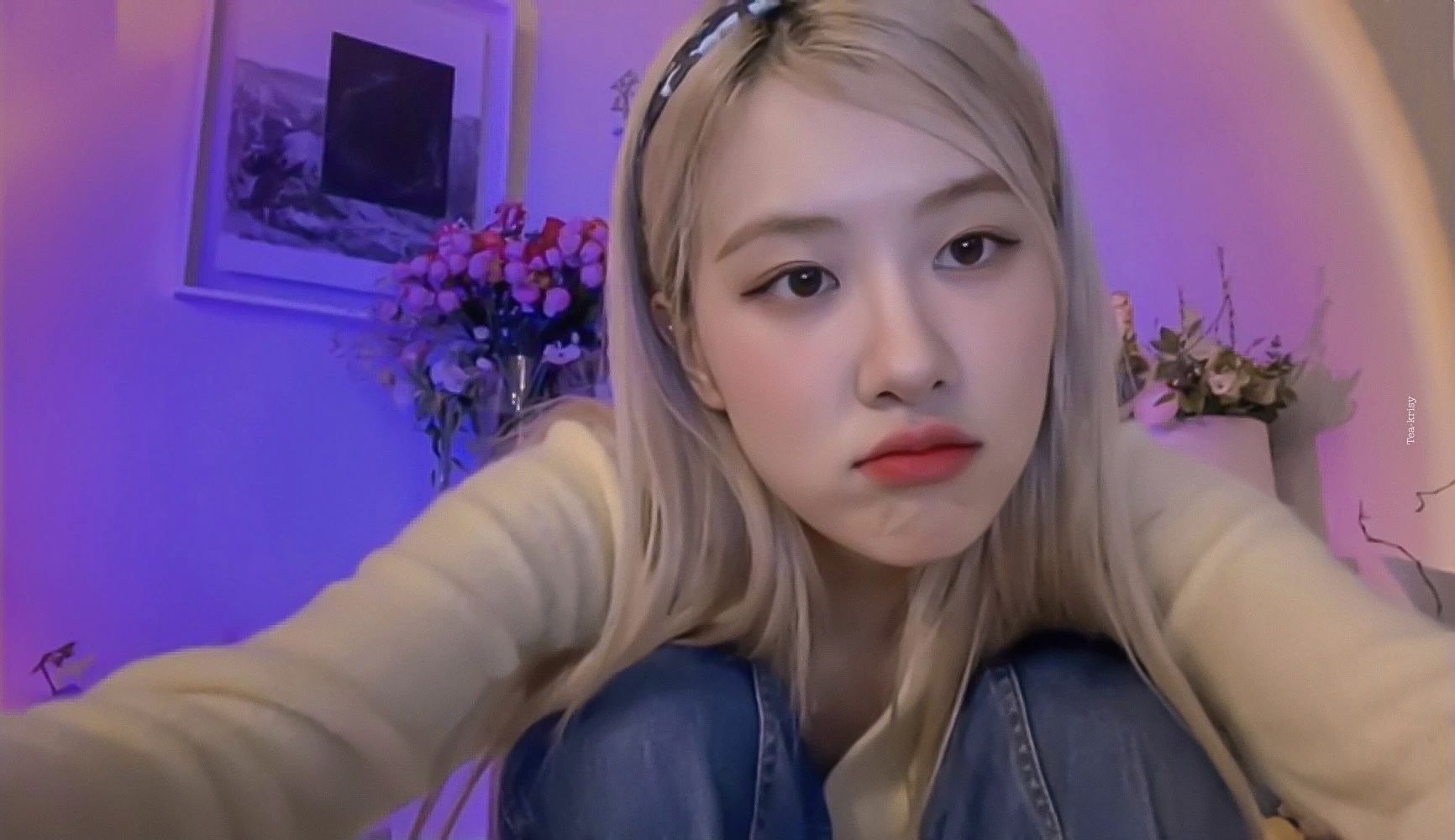 South Korean singer, dancer, rapper, model, actor, and television hostess Bae Joo-Hyun, also known as Irene, is also known as Irene. In the South Korean girl group Red Velvet, she serves as the group’s manager, vocalist, lead dancer, lead rapper, and visual focal point. Irene was raised in Daegu, South Korea, where she was born. Her parents and younger sister make up her family. Irene went to Haknam High School when she was in her adolescence. She had a successful audition with SM Entertainment in 2009, and she trained there for five years before making her Red Velvet debut.

Irene began acting as the female lead A-reum in the web drama “The Female Employees of a Game Company.” Irene started presenting Laundry Day, an OnStyle fashion event, on October 14. The program began airing on October 22, 2016. She and Wendy’s bandmate Wendy both joined the panel of the KBS program Trick & True in the same month.

On July 16, 2020, it was revealed that Irene would make her acting debut in the upcoming film “Double Patty,” playing the lead. She portrays Lee Hyunji, a prospective anchor. August will mark the start of the movie’s filming. By the end of 2020, the release is anticipated. On July 21, 2020, the very first script reading took place. 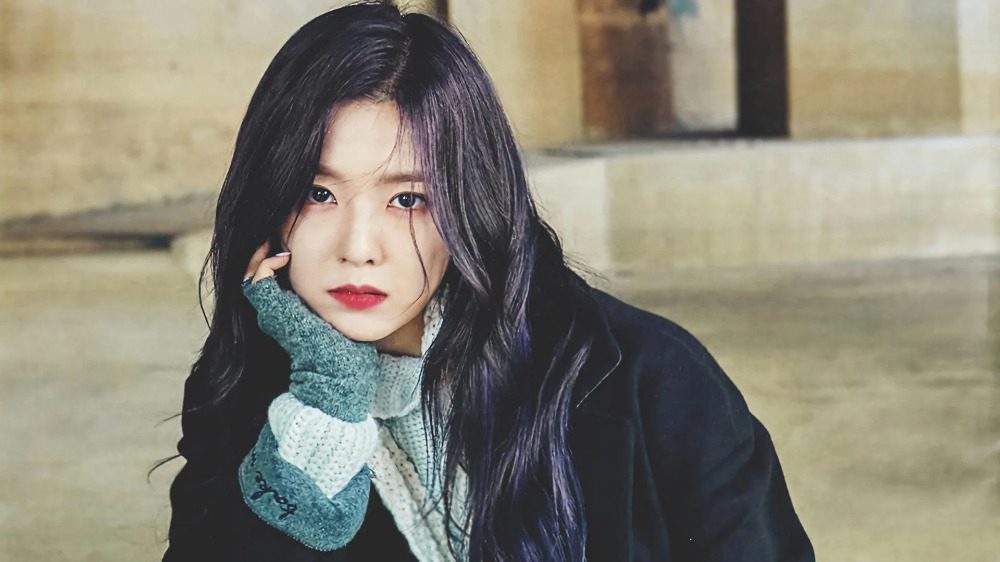 On December 10th, she finally made her girl group debut with the virtual single “.” She has also been in a number of television dramas, including Soul, Master of Study, Dream High 2, and Triangle, in addition to a number of films, including Death Bell 2: Bloody Camp and Encounter. She made her solo debut on May 20, 2014, with the release of her first EP, Never Ever, being the first T-ara member to do so. 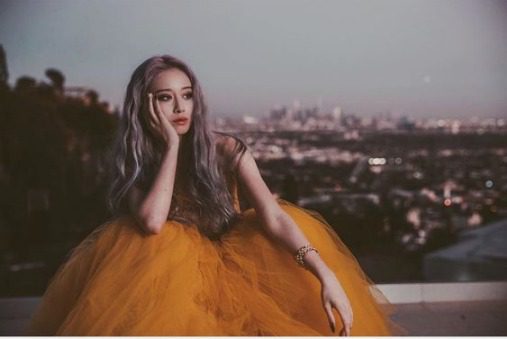 Yoo Jeong-Yeon, also known by her first name Jeongyeon, is a South Korean singer. She is the lead vocalist and a part of the girl group Twice. Jeongyeon was given the name Kyung-wan at birth; however, after years of being mocked for having a name that sounds like a boy’s, she officially changed her identity to Jeong-Yeon in the third grade. Her mother’s name hasn’t been made public, although her father, Yoo Chang-Joon works as a chef for the late president Kim Dae-Jung. Jeongyeon began training early to become a vocalist and also picked up the trumpets and saxophone.

Also Read: Who Is GOT7’s Jay B Dating? Dating Life of The Kpop Star

Under the moniker Very Cherry, CL is a rapper and singer from South Korea. She was formerly a part of the girl band 2NE1. On May 28, 2013, she made her solo debut in Korea with the single “The Baddest Female,” and on August 19, 2016, she made her solo debut in America with the single “Lifted.” CL, Bom, Minzy, and Dara were the members of the new female group that YG Entertainment said would make its debut in 2008.

The group worked with BIGBANG before making their formal debut on the song “Lollipop” for an advertisement for the LG Lollipop phone, which was published on March 27, 2009. The group made its public debut on May 6, 2009, with the release of the track “Fire,” which was then featured during their first mini album, 1st Mini Album. 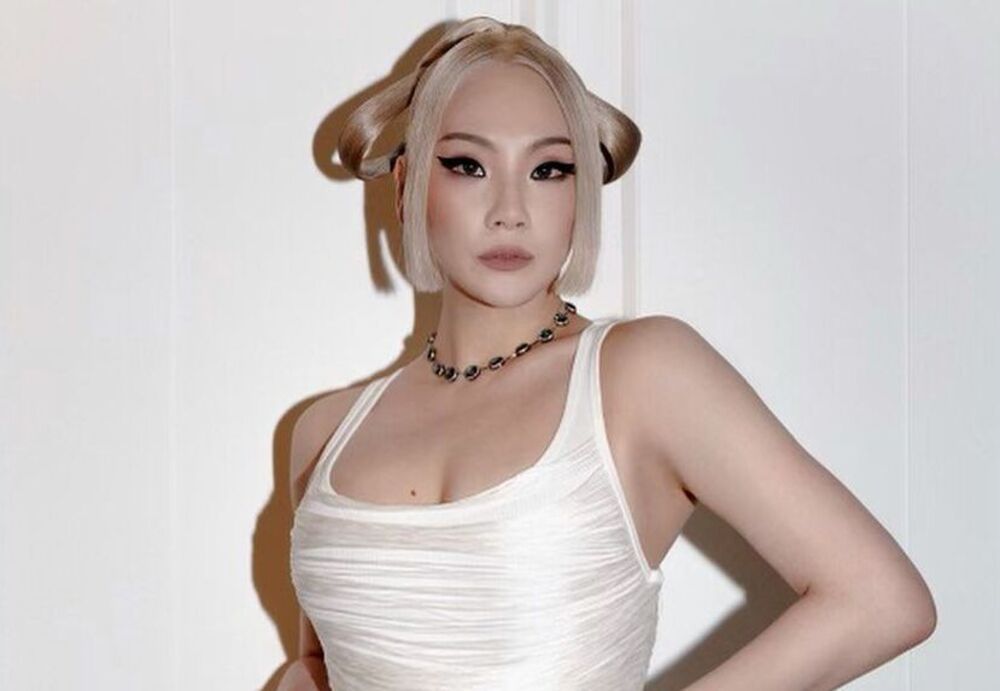 5. TWICE’s Jihyo, One of the many Queens of K-pop

The leader and primary vocalist of Twice is South Korean vocalist and dancer Park Ji-Hyo, also known by her first name Jihyo. Park Ji-soo, Jihyo’s birth name, was born on February 1st, 1997, in Guri, Gyeonggi, South Korea. When she was 18 years old, she officially changed her forename to Ji-Hyo. Her mom and dad and two younger siblings, Seoyeon and Jiyoung, make up her family.

Jihyo took part in a Junior Naver competition for a child role while she was a third-grader. Immediately following her second-place finish, JYP Entertainment spotted her. She was a learner for more than ten years before she was hired on July 15, 2005. 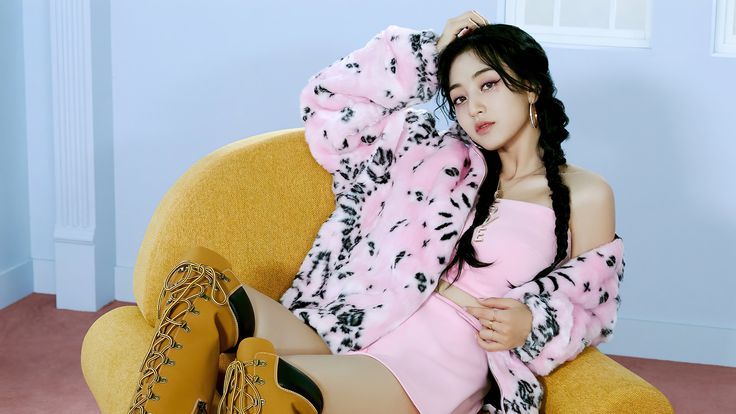 Kim Ji-soo, also known by his stage name Jisoo, is a South Korean actress and singer. She is a BLACKPINK member. On January 3, 1995, Kim Ji-soo was born in Gunpo, Gyeonggi, South Korea. Kim was hired as a trainee by YG Entertainment in 2011 after passing an audition. In 2015, Kang Seung-Yoon and Sandara Park of 2NE1, as well as Kim, made cameo appearances in the KBS2 drama The Producers.

The same year, Lee Min-ho and Kim appeared in advertising for Samsonite, Smart Uniform, LG Electronics, and Nikon. Jisoo trained for her singing career for five years before joining YG Entertainment as a trainee in August 2011 at the age of 16. She joined BLACKPINK as a lead vocalist and visualize in August 2016. 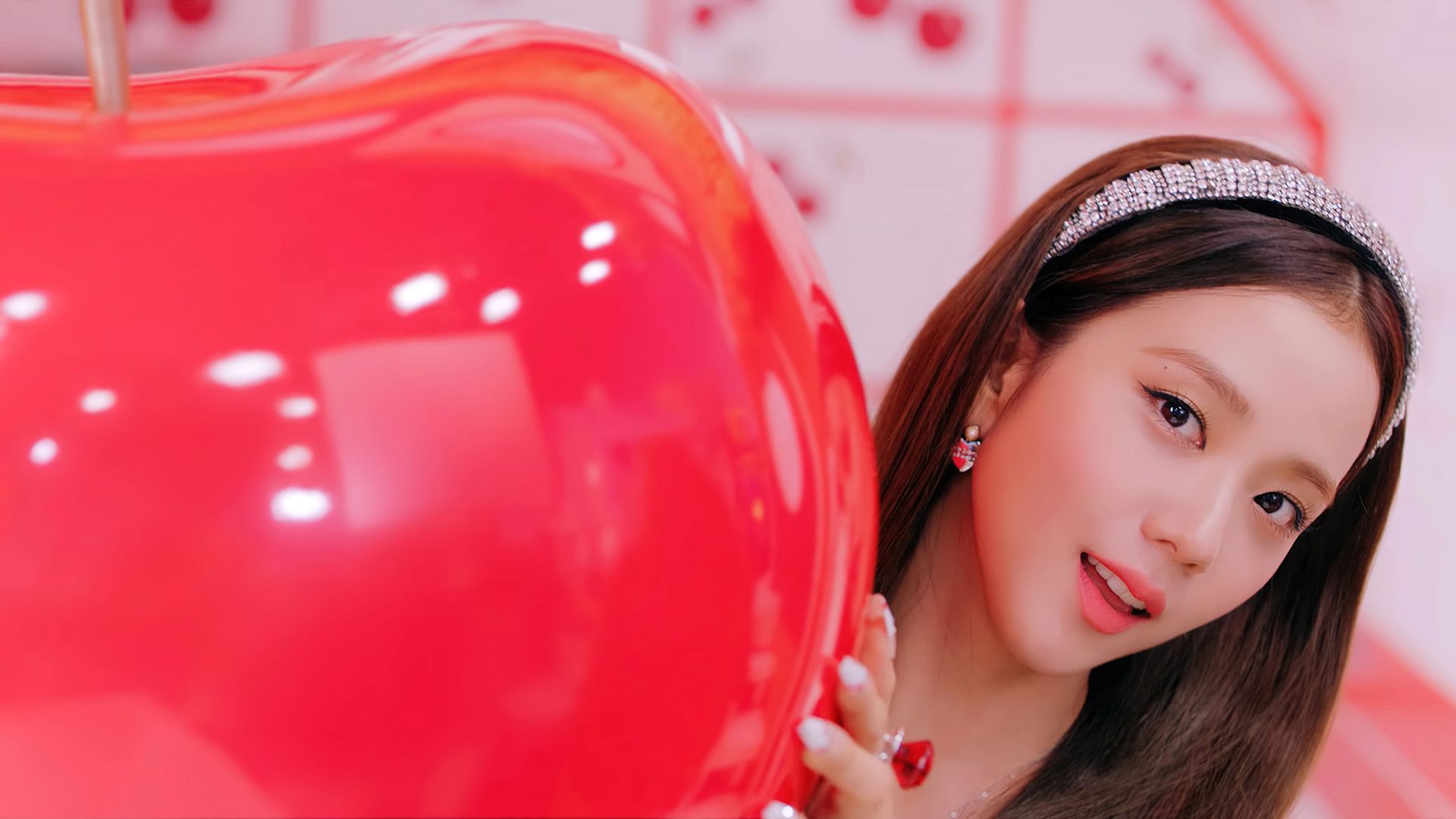 South Korean singer and actress Park Soo-young, popularly known as Joy, is from that country. Red Velvet, a South Korean girl group, features her as their primary rapper and vocalist. Joy started watching We Got Married in 2015, and she later won the MBC Entertainment Awards’ New Star Award and Best Couple Award. Joy and Yook Sungjae produced a duet for the show in 2016 called (Young Love), and KOMCA gave them official songwriting credit for their involvement in the song’s lyrical creation. Joy and Lim Seul-Ong worked together on the duet “Always In My Heart” in November 2016. The song made its MelOn Top 10 debut and peaked at number two overall on the Instiz iChart. 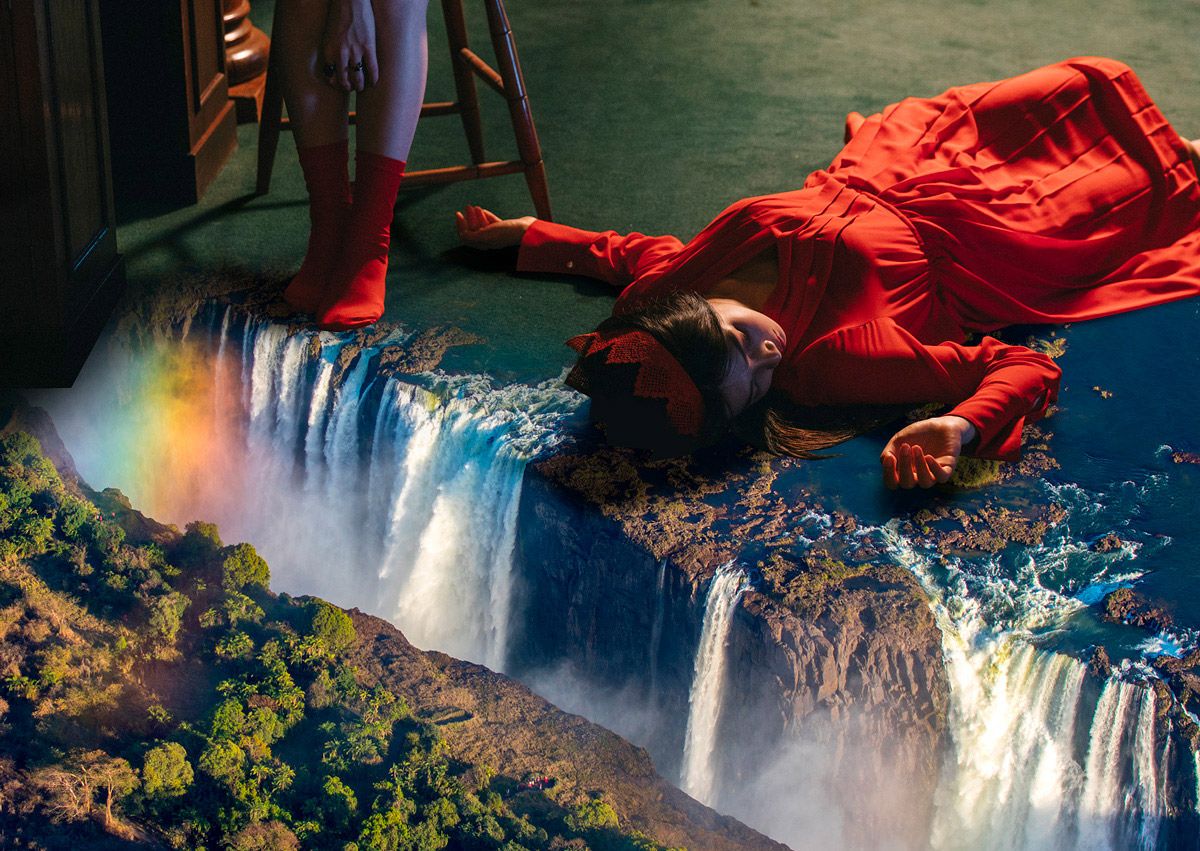 Jennie is the stage name of South Korean singer, rapper, and dancer Jennie Kim. Jennie performs both as a soloist and as a member of BLACKPINK. Her parents had only one kid, Jennie Kim, when she was born. While her dad owns a hospital, her mother is a director and shareholder in CJ & M. Jennie left her family during her early years to live in Auckland, New Zealand, where she lived for five years as an ACG Parnell College student.

She acquired fluent English along with basic Japanese and proficient Korean throughout her time overseas. After relocating to Seoul in 2010, Jennie successfully auditioned for YG Entertainment the same year and was hired as a six-year trainee.

In January 2018, Jennie filmed her first photoshoot for Chanel Beauty after being selected as the brand’s new face. In June, Jennie was named the Chanel Korea ambassador, and she was present at the Deauville, France, debut of Chanel’s newest scent, “Les Eaux De Chanel.” She met and spoke with Olivier Polge, the house perfumer at Chanel, and together with Cosmopolitan Korea, they photographed an editorial for his newest line of scents.

After connecting with Chanel Beauty, she was appointed a Chanel Global Ambassador in October. She visited her first Chanel runway show as a Korean representative at Paris Fashion Week, sitting in the first row next to Pamela Anderson and Pharrell Williams. Jennie was named the Chanel Global/Company Ambassador in March 2019 by the French fashion house. 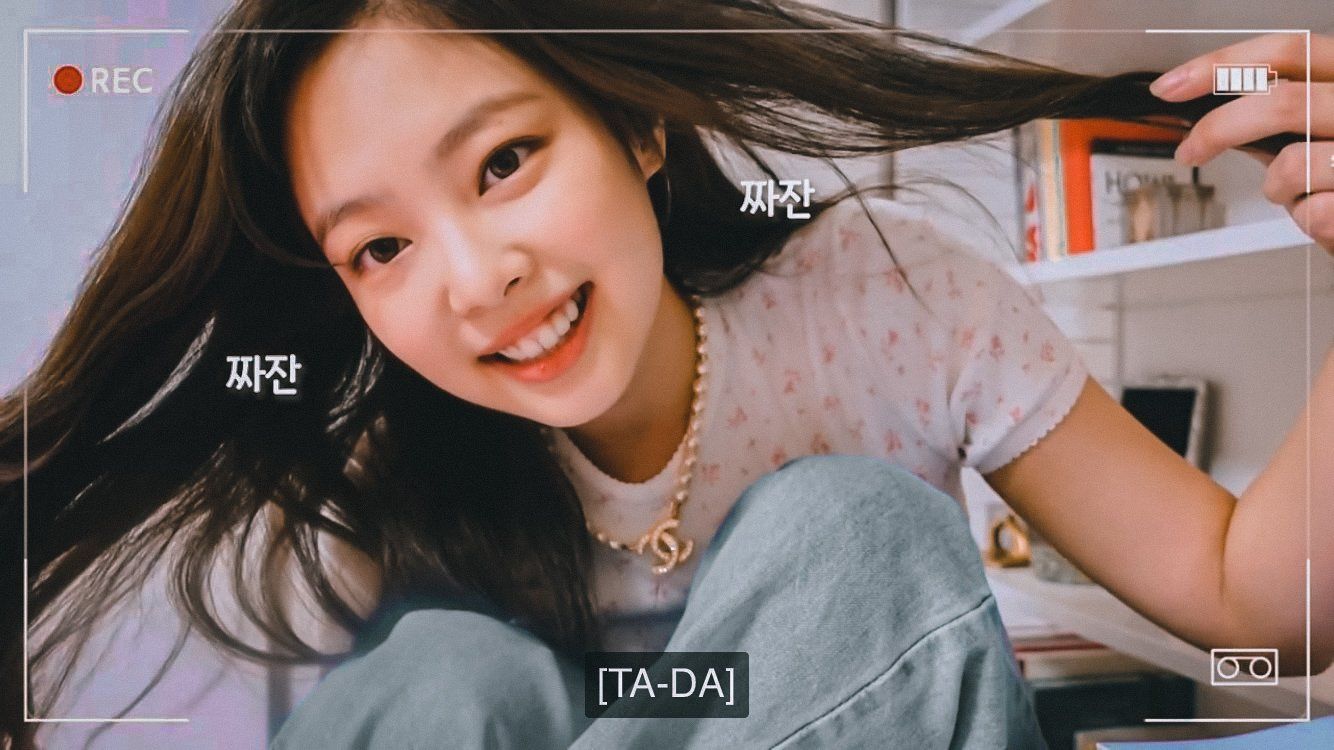 1. BLACKPINK’s Lisa, The Queen of K-pop

Thai rapper, singer, dancer, and model Lalisa Manoban, popularly known by her stage name Lisa, is presently based in South Korea. She is BLACKPINK’s newest member. Her formal first name was changed from Pranpriya Manoban to Lalisa after she gave birth to her. She is Thai by both ethnicity and nationality. 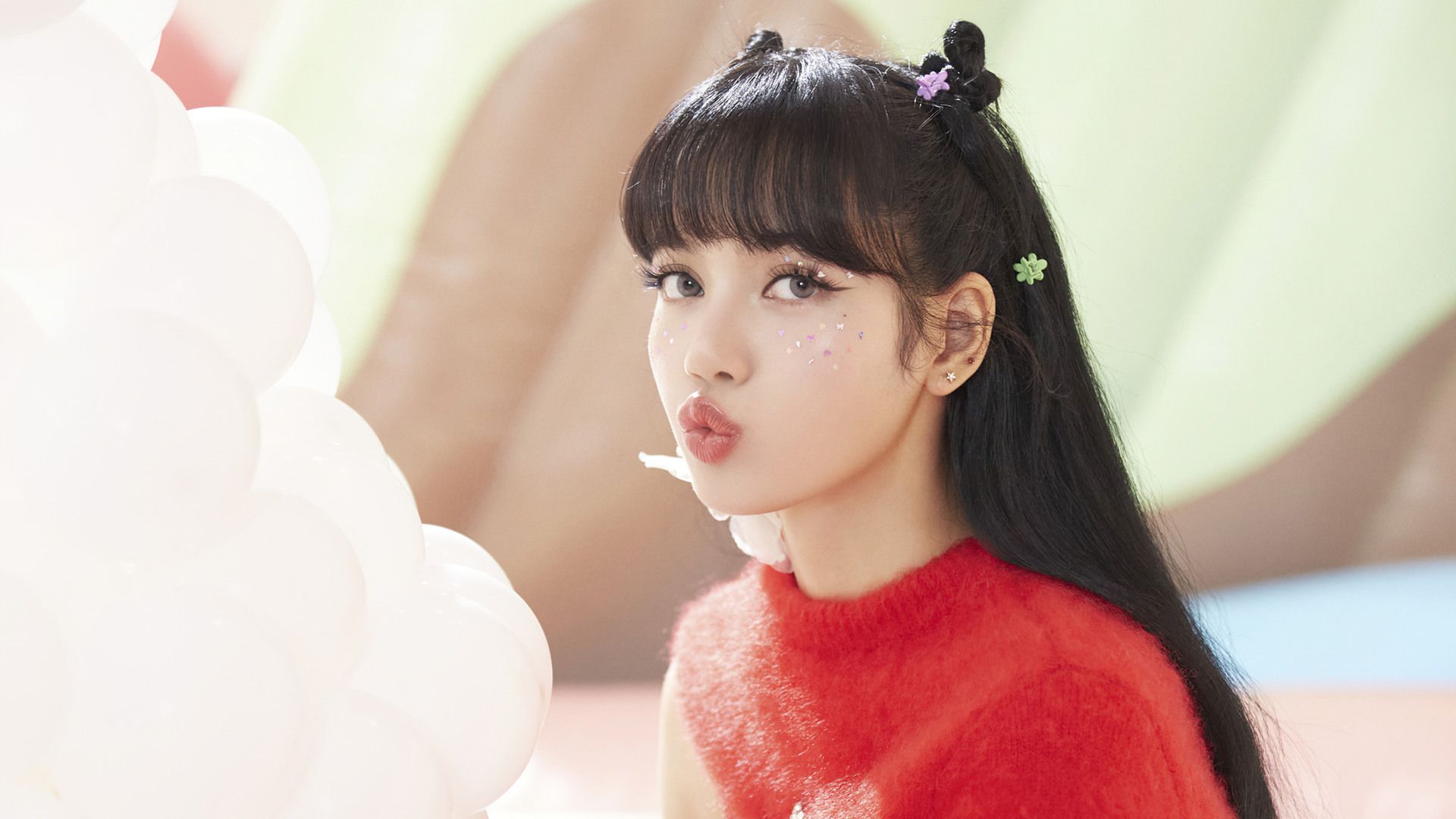 The identities of Lisa’s biological parents have not been made public. Marco Bruschweiler, a well-known Swiss chef who is currently working in Thailand, is her stepfather. She adopted her stage name, Lisa, and in 2016 joined the K-pop girl group Blackpink, which made its debut on August 8 as the main dancer, lead rapper, backing vocalist, and the maknae. In addition, Lisa is the first non-Korean and first non-American YG Entertainment artist.