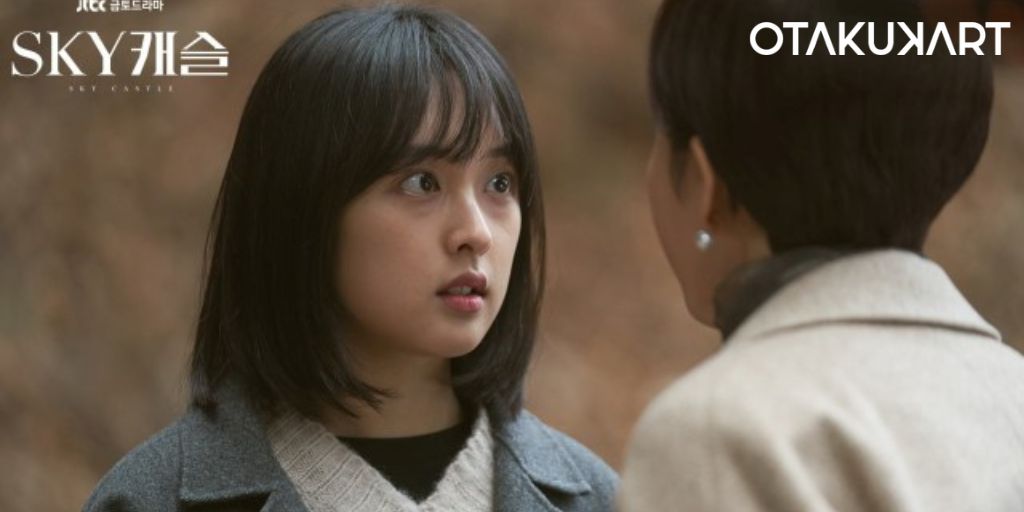 One of the major premises of Sky Castle towards the end was Hye-na. The end of Hye-na in Sky Castle came as a shock to many of us. Her life was already hard with her ailing mother, plus a secret that could’ve changed her whole life. Many of us were rooting for her, but the creators had better (or should we say, worse) plans for her.

If you have watched the drama and were as distraught as us with the death of Hye-na in Sky Castle, welcome to the support group! But the cause of her death remained a mystery till the end, and it was quite multi-faceted if you ask us. The 2019 drama Sky Castle was very ruthless and sometimes difficult to watch as the characters did so many questionable things just to maintain their place in society.

The drama revolves around a high-class living area, which is called Sky Castle. Although the name of the drama holds a different meaning, too, keeping in mind the educational themes it follows around. SKY also stands for the top 3 universities in South Korea: Seoul National University, Korea University, and Yonsei University. The whole drama is about how ambitious mothers want their kids to get into these top 3 universes at any cost, even if it involves losing some morals. Parental pressure is a real thing in South Korea and in general, in Asian culture. Hence, the drama was so relatable to watch for many of us.

We have actress Yum Jung-ah playing the role of Han Seo-jin. Her husband is a doctor at a top hospital, and her older daughter is a child prodigy, played by Kim Hye-yoon. We also have Yoon Se-ah as Seung-hye and Oh-nara as Jin-Hee. Seung-hye has for most of her life been a docile and submissive wife to her professor husband, played by Kim Byung-chul. He tends to oppress his kids for studying and is often shown in a sour mood. Jin-hee is relatively cooler, but she tries her best to remain in the good books of Seo-jin, as she too hopes one day her son to attend a prestigious university. 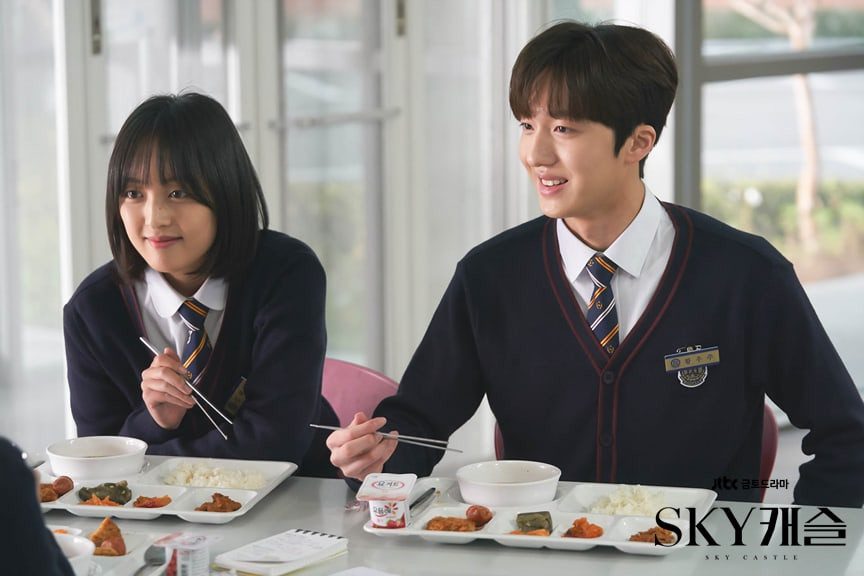 Kim Bo-ra and Chani in a still from Sky Castle

That could happen if she maintains good connections. Apart from these 3, there was another lady, Myung-joo, who boasted of her son Young-jae getting into SNU’s med school. But she commits suicide, and that creates an awkwardness among the other residents. In place of their family, the Hwang family moves in, who weren’t high class to begin with. Hence, the woman of the family, Lee Soo-im, struggles to fit in.

Seo-jin wants her daughter Ye-seo to get into medical school at all costs, and for that, she hires a private tutor, Kim Joo-young, who has a sketchy past. Meanwhile, Kim Hye-na, played by Kim Bo-ra, is a top student in Ye-seo’s class. The fact she comes from a poor family makes Ye-seo jealous, and she wants to topple her anyhow. Joo-young promises Ye-seo that Hye-na will not be able to surpass her in the finals.

Moreover, Hye-na gets to know somehow that Ye-seo’s father, Kang Joon-sang is actually her father too. Hye-na blackmails Seo-jin with this information and starts living in her house just so she can spend some time with her father. Lee Soo-im’s son Hwang U-ju likes her too. But during a party at Sky Castle, Hye-na falls to her death, and U-ju, along with Ye-seo comes under suspicion of killing her. So who killed Hye-na in Sky Castle after all?

Many of us suspected Ye-seo or Seo-jin of killing Kim Hye-na in Sky Castle, as they both knew her secret of being Joon-sang’s illegitimate daughter. U-ju is thrown in jail under suspicion of killing her, but Ye-seo eventually testifies for him out of her one-sided love for U-ju and as a general sense of justice. One of the most painful things to watch was Hye-na die due to negligence by her doctor’s father, who didn’t know at the time that Hye-na was actually his daughter. 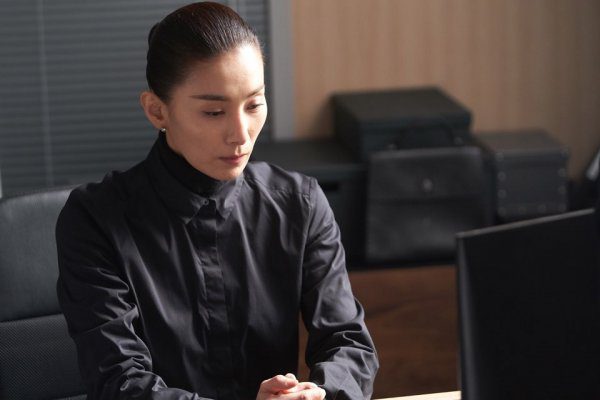 The incident led him to give up his profession as a doctor, as his Hippocratic oath was already violated. The guilt of killing his own daughter was a major trauma too. It is revealed in the finale that tutor Kim Joo-young was the one who instigated Hye-na’s death. It is also revealed how Joo-young was also a culprit in killing a student before too. Hye-na in Sky Castle was an important character, as she brought so many ugly truths to the surface. But honestly, we are still of the opinion that it could’ve been shown without killing her too!