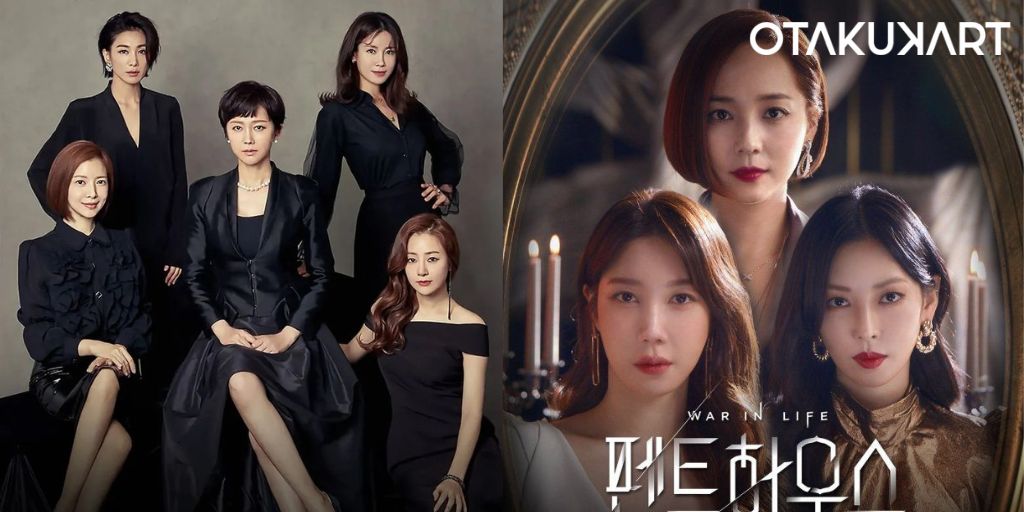 Which is better? The competition is between Sky Castle vs Penthouse. If you have watched both Sky Castle and Penthouse, you know it’s difficult to choose one. But if you haven’t watched any yet, and are confused about which to watch so your time is not wasted, well, you are at the right place. The big question of Sky Castle vs Penthouse needs to be answered anyways. But before we compare these two amazing dramas, there are a few things to keep in mind. Both the dramas might look similar on the exterior, but they vary quite a lot. But yes, the concept of deceits in high society is definitely a trait shared by both dramas.

Sky Castle is one of the highest-rated dramas in South Korean drama television history. In fact, it was the most-watched drama until World of Married came out in 2020. Sky Castle held its reigning position for almost a little more than one year. Meanwhile, Penthouse came out in 2020 during the pandemic, and many happened to watch it. Both the dramas are essentially frustrating to watch but in a good way. Let’s have a look at both the dramas and the similarities and then choose which is the best out of them both. It’s a fierce battle – Sky Castle vs Penthouse.

Both the dramas essentially revolve around rich families. How they try to remain at the top and be the best and live lavish but shallow lives. In Sky Castle, we have 4 mothers who live in the posh housing society called “Sky Castle”. The mothers seem friendly with each other, but they are always competing inwardly. The husbands of the three ladies hold reputable positions at their workplace, and are better adjusted to each other. But that too might be not all that eyes can see.

The women of Sky Castle want nothing but the best for their kids, even if that includes forcing their aspirations on them. But their lives are turned upside down when one of them commits suicide after their son runs away. As they are coping with this tragedy, a new Hwang family moves in, who wasn’t well off, to begin with. However, their son is very intelligent and goes to the same school as his neighbors. 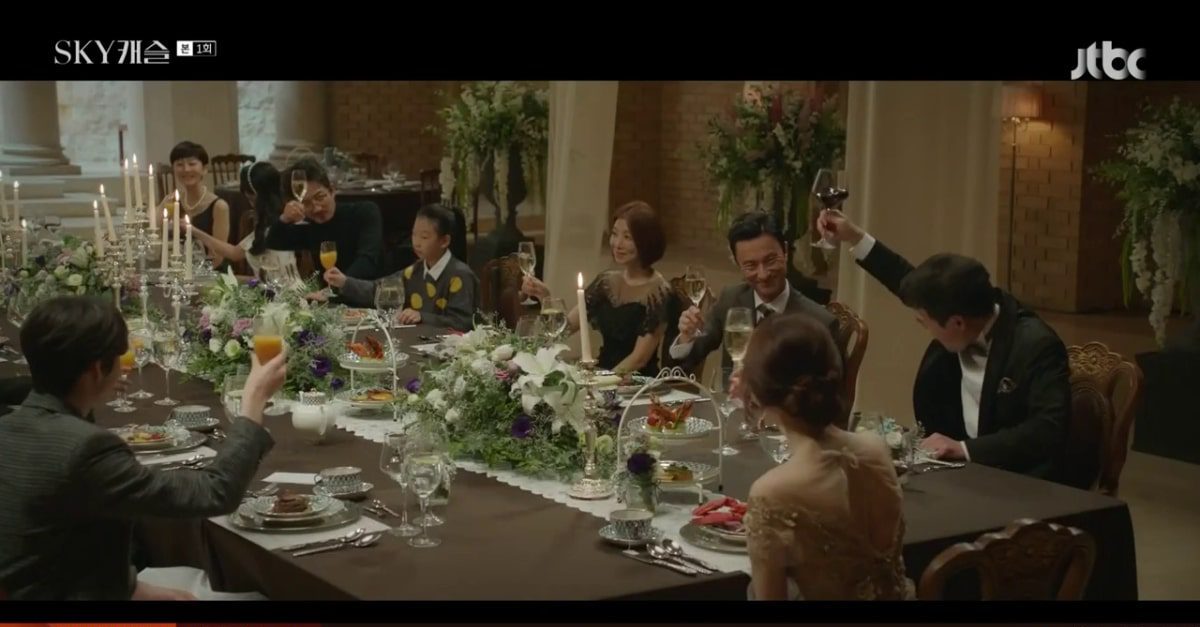 A still from Sky Castle cr:JTBC

With these new changes and the three mothers feeling insecure, they go to all lengths to uphold their families in the society. These include some less than moral stuff too. The drama is thrilling until the very end, and believe us when we say you’ll hate a lot of characters in here, while you’ll also bawl your eyes out at the injustice that is done to some characters. But more importantly, Sky Castle is definitely worth the hype, and stands true to its rave reviews.

Meanwhile, Penthouse also revolves around people trying to make it in the high society and things people can do to protect their benefits. The characters of Penthouse are pure evil. There is no other way to better put it. Characters in Sky Castle were frustrating, but Penthouse is on another level. The mothers go to extreme levels of evil to protect themselves and their children. And they do this for three seasons.

The only thing that is different is that Sky Castle revolved around mothers trying to get their kids into the top 3 universities of Korea. While Penthouse revolves around a musical background. Also, there is an extramarital affair between two parents, which too is a major part of the storyline. However, another similarity is that both the dramas also involve a murder that takes place at the respective housing societies, and all the residents are suspects. 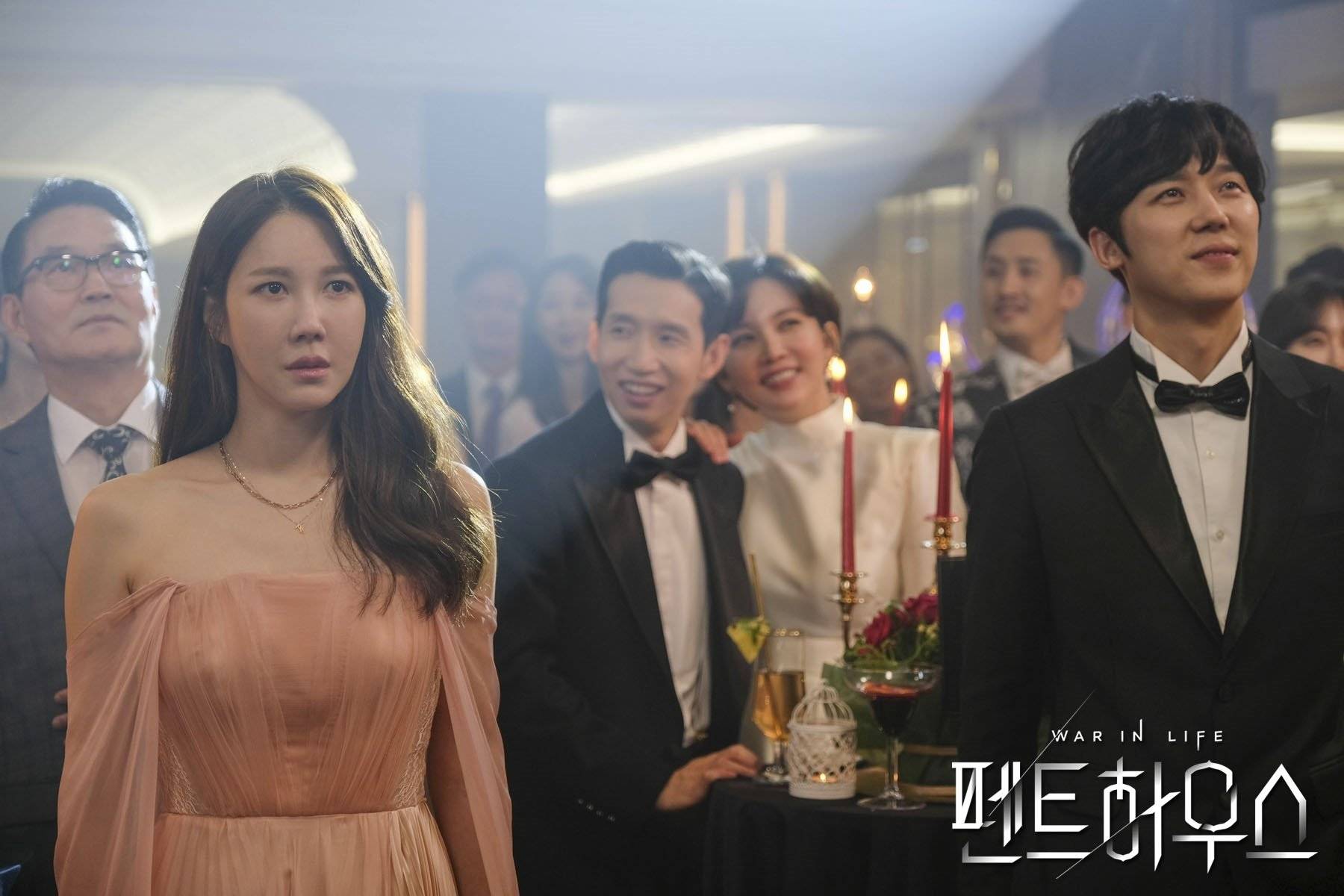 A still from Penthouse

This ultimately brings us to address the elephant in the room: Sky Castle vs Penthouse

Sky Castle vs Penthouse: Which Drama Is Better?

We are here at the crucial result of the competition of Sky Castle vs Penthouse. It’s not correct to compare both the dramas, but their similarities make it impossible to do so. But looking at both the dramas objectively, it is safe to conclude that Sky Castle is the winner. After all, Sky Castle came out before Penthouse did. Plus, Sky Castle had a more consistent storyline which was both intriguing but also heart-touching at the same time.

The length of the dramas plays some role too. Sky Castle had 20 episodes, and that drama felt like a window into the reality of Korea’s high society, classism, and cut-throat educational competition. Penthouse does have these elements too, but Sky Castle just does it better. But that in no way makes Penthouse any worse. Penthouse is definitely worth your time. We would recommend 10/10 to watch both of them! Both Sky Castle and Penthouse are available to watch on Netflix.

Also Read: Will There Be A New Season Of Penthouse?