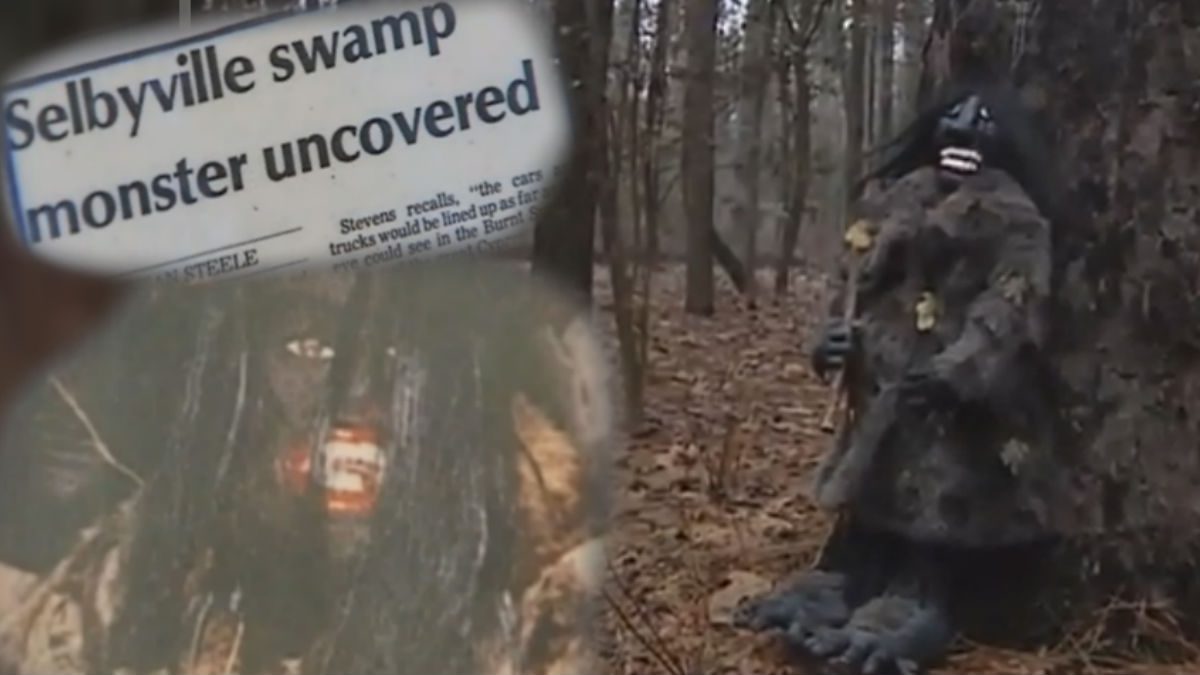 Legend of the Swamp Monster lives on

In the early 1900s, the story about a monster lurking around the Great Cyprus Lake started appearing. By the 1930s, countless people had encountered a large beast that lurked along the swamp, scaring the locals away. The creature, called as the Burning Swamp Monster of Delaware, was soon associated with ill luck and the deaths of livestock, shrieks at night, and missing hunters. There were conflicts in this story, however.

The description of this monster was not similar. In fact, they greatly varied, leaving people to wonder if multiple monsters existed in the swamp. Some described the beast as a hairy, bipedal creature that would look like a bigfoot, while others mentioned that it looked spectral and ghost-like.

But does this swamp monster exist after all? Or was it a story conjured up by the townsfolk, for the lack of better tales? Though there are varying explanations and shocking conclusions, people are still divided in this case.

The Monster of Selbyville

The legend of the Selbyville monster was dampened for a while when the Second World War raged through the United States. However, after the culmination of the World War and the Korean war, the townsfolk began seeing the monster again. The reports peaked around the 1960s when people started encountering the beast outside the swamp. It was highly unusual to the monster story so far, and the local newspapers jumped in on occasion to report it. An excerpt is as follows:

On Friday night, five high school girls have encountered a beast from another dimension, moaning on the road; a half-man, a half-beast abomination. Others in the vicinity have also reportedly heard moaning coming from the woods lately, leading to much fear in the local community.

However, even this detailed account that got published in a newspaper wasn’t enough to convince the townsfolk that something otherworldly was lurking through the swamp. They were men who had seen the worst of other men in the wars and weren’t so amused by children’s tales, as they called it. They rationalized that it was someone playing a prank, wearing a Halloween costume, or perhaps a moonshiner trying to keep people away from his spot. 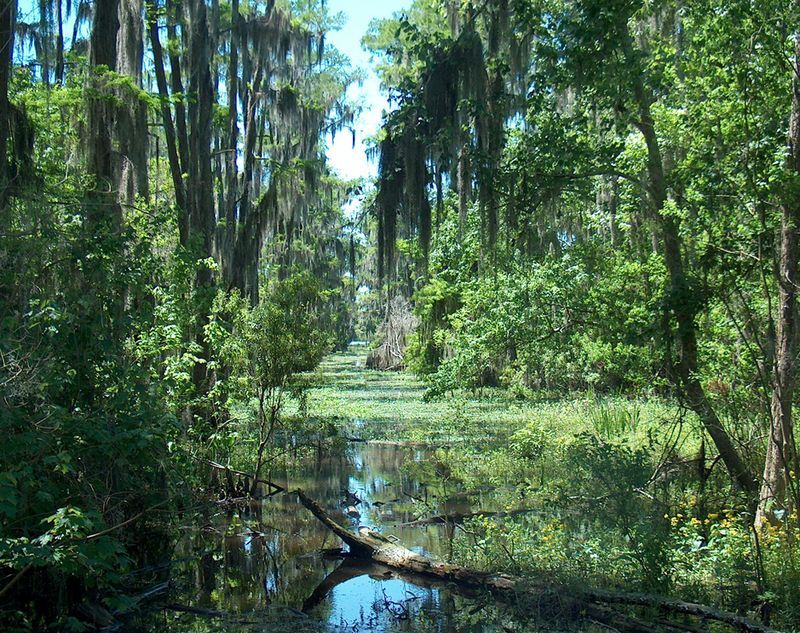 The Swamp where the monster was sighted

Even though the monster didn’t have the desired effect on the townsfolk, there were hundreds of curious folks who poured into the local towns, hoping to catch a glimpse of this creature.

Unfortunately for the paranormal fans, however, reports of an elaborate hoax started appearing everywhere. There were solid reasons for such a conclusion, too. There wasn’t any physical evidence than the oral accounts of the people who had witnessed the monster. And these oral accounts themselves were dubious.

People were reporting different beasts each time, with some claiming it was bipedal, while others saw an ape that traversed through the tree line. The thing with such cases is that once a whiff of a hoax, be it a fact or a claim, is laid out; people are quick to assume that it’s a fake scenario and would leave the case. There were plenty of other interesting cases, after all. However, now we are certain that the legend of the Delaware Monster was fake, after all. Well, at least for the most part.

The case of the Delaware Swamp Monster turned out to be an elaborate prank that was undertaken by Fred Stevens and his friend to boost the sales of the local newspaper. Their modus operandi was that Fred would dress up as a monster using his aunt’s fur coat and would wait near Route 54 until the pair saw a car’s headlights. When the car would get close, Fred would leap from his hideout and get to the middle of the road, acting like a maniac, waving a makeshift weapon in his hand.

Terrified teenagers and girls would quickly flee the spot, fearing for their lives, while Fred would have a good laugh with his friend. The motorists would narrate their ordeal, and the story quickly spread. Fred’s friend, Ralph Grapperhaus, worked for the local newspaper, and the story spread like wildfire, with Ralph stoking the flames every so often. Ralph embellished the story himself and added or omitted instances as he saw fit, creating a sense of awe regarding the monster.

Read More: The Legend Of The Banshee: What Is It About?

However, things started slipping out of control. People started coming to visit the monster from across the country, bringing cooked and raw food to appease the monster. They threw everything from half-eaten burgers to dead chicken on the road, making the entire place into a post-apocalyptic mess.

When he wasn’t feeling quite up to it, Fred himself would go looking for the monster, along with the townsfolk, and would have a grand old-time roleplaying. 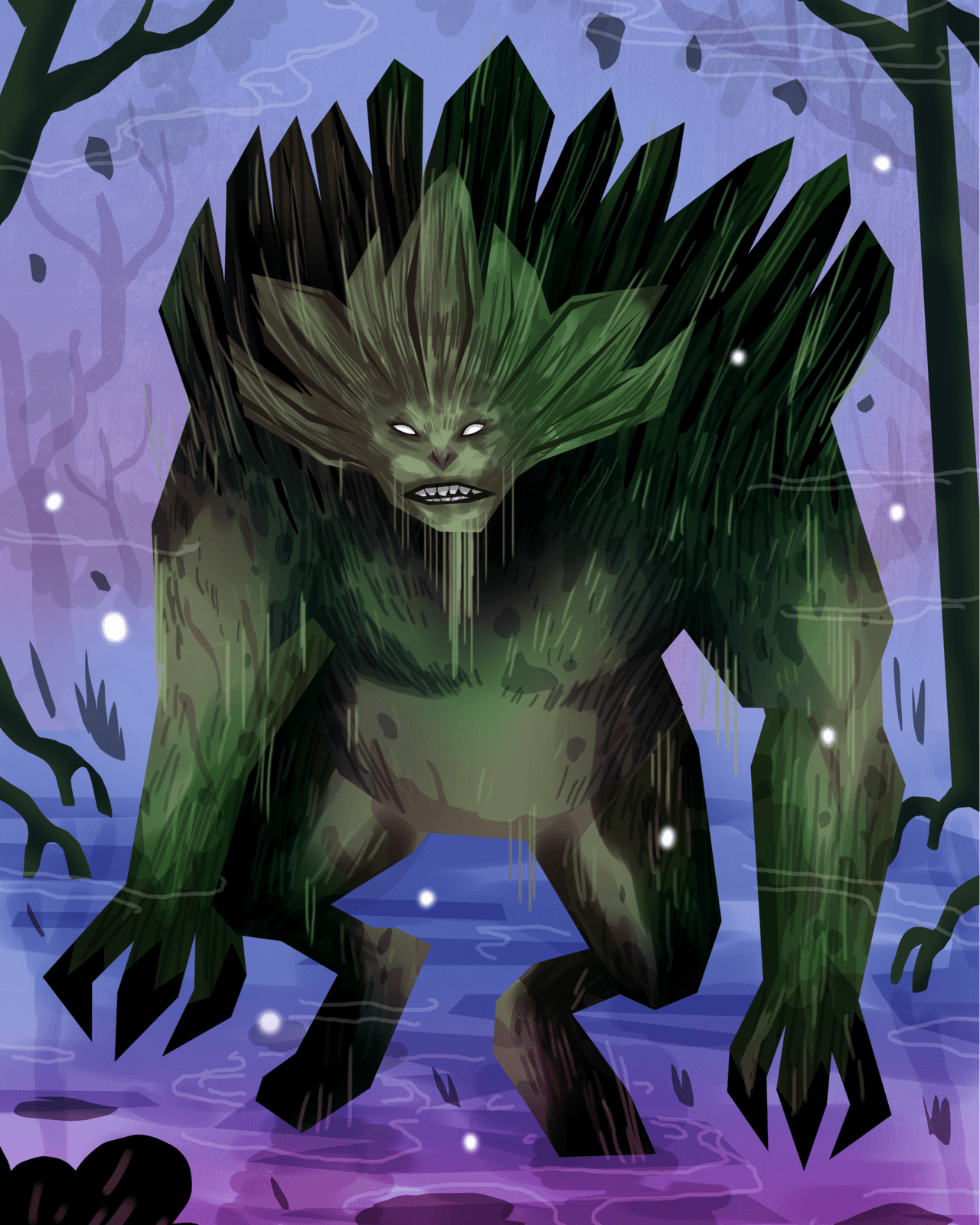 A graphic representation of the monster

The prank went on for months, but they had to stop it not long after it became a national sensation. People from all over the country were arriving, and many of these private citizens were armed. Though they didn’t mean harm to Fred or Ralph, their actions could inadvertently injure another person, and the pair decided that the risk wasn’t worth it and called it off.