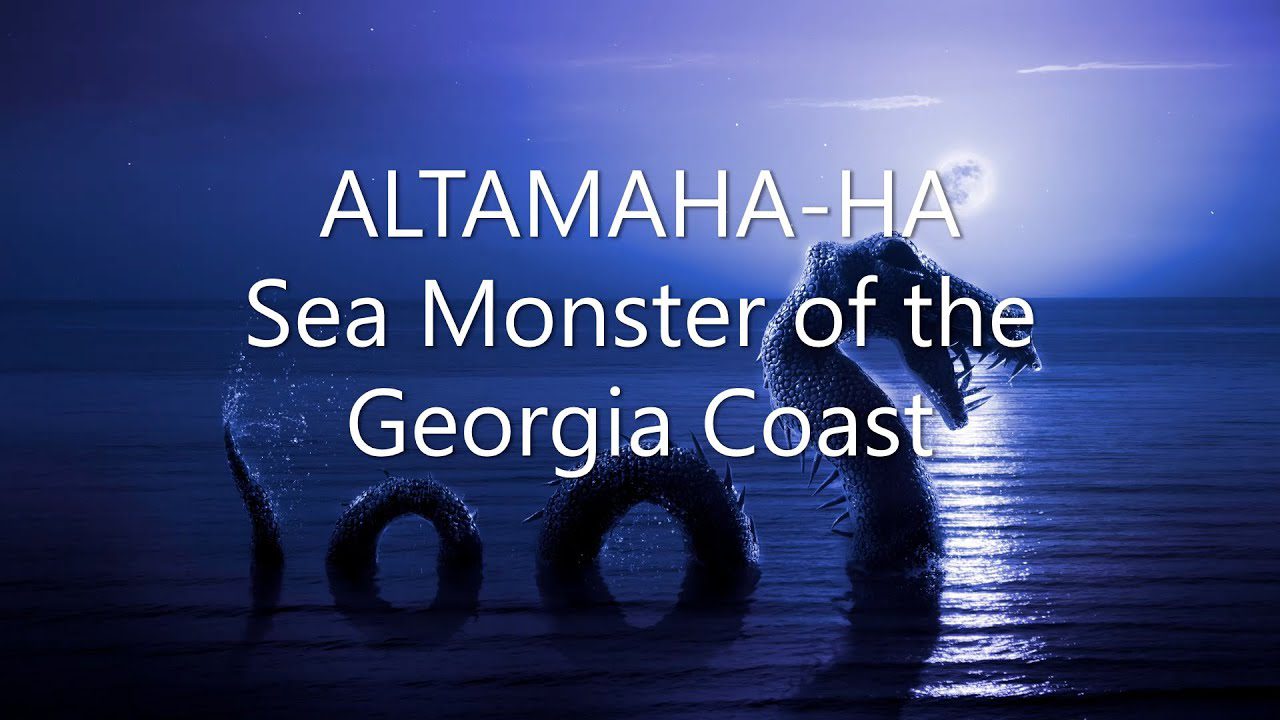 Georgian Sea Serpent - The Monster of the Altamaha-ha

Some claim that the enigmatic Altamaha-ha is a river or water monster that dwells in the coastal areas and winding streams near the Altamaha River’s mouth. It can be found most frequently in Georgia’s Butler Island and Darien regions. Among the most frequently seen monsters in North America, it is a well-known component of coastal Georgian heritage and folk tales.

The area where the Altamaha-ha is typically spotted is a stunning and puzzling wetland known for its massive marshlands, numerous river channels, and forgotten rice fields and canals from the 18th and 19th centuries. It makes sense that the creature lives in the waters near Darien, a town established by Scotch Highlanders from the Schotland shores of Loch Ness.

A metro area in Scotland referred to Loch Ness Monster occurrences, Inverness, served as the recruiting ground for the original inhabitants in 1735. Before renaming it Darien, the Highlanders even adopted the name New Inverness for their establishment. Both the Altamaha-habitat ha’s and its true essence are shrouded in mystery. Of sure, some claim that it is simply a collection of floating timbers, vegetative cover, or well-known marine life. However, believers claim to have seen a 30-foot-long living creature with seal-like pectoral fins.

Also Read: Mogollon Monster: Is It Real or Just A Mystical Creature?

Talks about The Monster

When retired newspaper publisher Larry Gwin saw the monster while catching fish with his buddy Steven Wilson in 1981, it made a big splash on the national stage. They claimed it had two large elevations that were 5 feet far apart and left speedboat-like turbulence in its wake. Other witnesses started to come forward once the sighting was reported in newspaper articles all over the nation. For instance, Harvey Blackman of Brunswick claimed to have seen the animal back in the 1970s. He claimed to have spotted it at a location on the Altamaha River known as “Two Way,” where it was between 15 and 20 feet in length with a serpent-like head.

Frank Culpepper, some other witness, saw its trail in the very same location. He claimed that it left behind such a water billow so large that it wobbled nearby sails. One of the other men rushed after a rifle, but it vanished before he could fire. The media stories from 1981 came after a significant amount of attention about the Loch Ness Monster, which surprised critics. However, the Altamaha-ha had previously been in the news. In fact, in a shipment from Darien on April 18, 1830, a reporter for the Savannah Georgian newspaper described numerous appearances of a sea creature off the coast of Georgia. 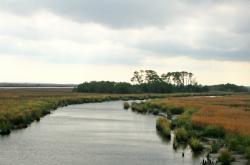 The main independent witness was Captain Delano of the schooner Eagle, who reported seeing a monster off St. Simons Island beneath the nose of the Altamaha. He reproduced the details accurately, characterizing the animal as being around 70 feet long, with a girth similar to that of a sugar hogshead, but also traveling with its head (sculpted like a gator’s head) about eight feet out of the water.

Similar to the spottings published in 1981, the creature’s occurrence in 1830 was confirmed by many others. 5 of the men on the sailboat saw it as well, and several plantation owners from St. Simons Island informed the reporter that they had also witnessed something odd. That particular year, it could be seen via observatories for several weeks as it showed up in St. Simons Sound.
While other witnesses confirmed the object seen in St. Simons Sound to be a whale, no one was able to confirm with certainty if it was the same object seen by Captain Delano.

Even so, the captain was confident that he didn’t see a whale: Capt. D. also claims that he is familiar with all species of whale and that he has only ever seen a monster such as the one discussed once before (somewhere around 4 years ago, off Doboy bar). Sapelo Island is separated from the coastline by Doboy Sound, which also attaches to the Altamaha River. This is the location of Delano’s prior close encounter.

There is evidence that sea serpents were present in the Vocabulary of the locals before Darien 1830. A small boat that sailed in 1826 was named the Sea Serpent from the wharves.  Was the Altamaha-ha honored? The creature’s early sightings were reported as Observations from the 1800s attest to I noticed something odd in the nearby waters. A very, very long time the mouth of the Altamaha River time. The Tama Indians, according to tradition, the Altamaha, had tales of a giant that was still alive, living in the river as a snake-like animal.

Despite the lack of supporting documentation, it is certain that the Creek Indians of Georgia advised the early explorers who documented the legends about enormous snakes living in their region’s rivers. Even today, reports of sightings of the Altamaha-ha are still being made by everyone from foresters to Boy Scouts. In Darien’s Fort King George Historic Site’s channel in 2010, a curious swimmer was seen on camera by a novice photographer. 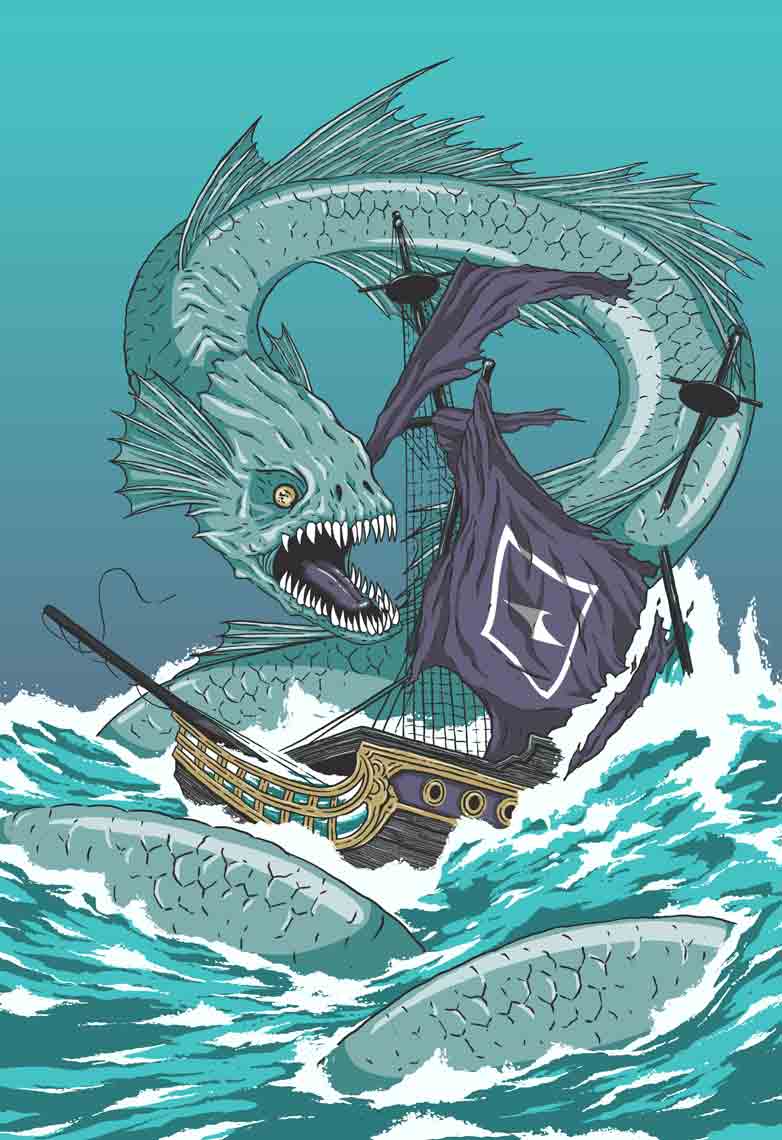 Even though many hypotheses about what the Altamaha-ha might be have been put forth over the decades, none of them have yet been proven. Maybe it’s for the best that way. Finding a local sea monster is amusing, and Darien enjoys it to the fullest. Images of the creature are widely spread throughout the neighborhood, and it is common to see visitors on the waterfront with binoculars, telescopes, and camera systems in an effort to get a fleeting glance of their own.

Also Read: Fouke Monster: All We Know About The Legend In Arkansas