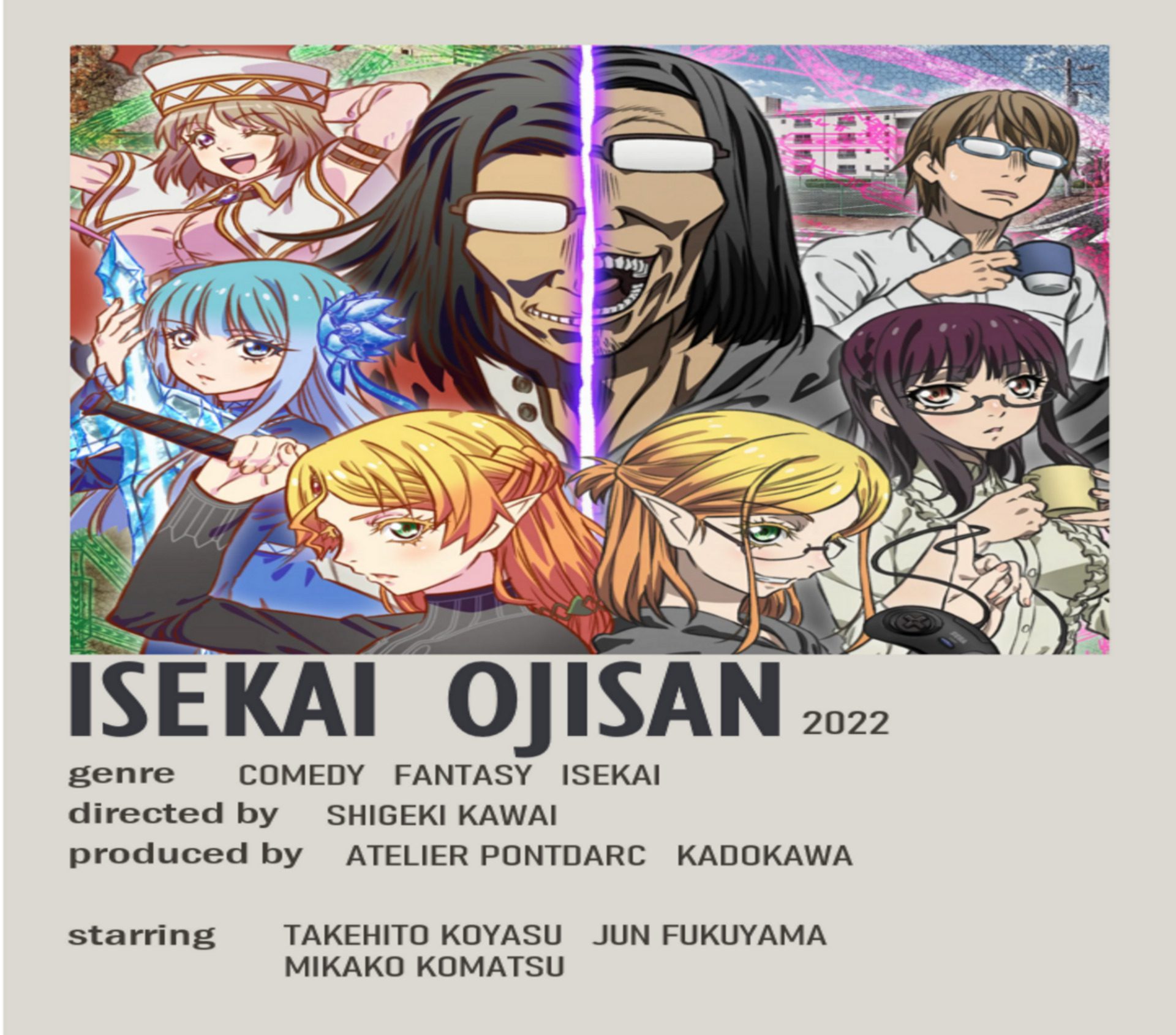 In June 2018, it began serializing on Kadokawa Shoten’s ComicWalker. There have been seven volumes published as of February 2022. Yen Press holds the North American rights to the manga. In July 2022, AtelierPontdarc debuted its adaptation as a television anime series.

Takafumi’s uncle went into a coma seventeen years ago, but he has since emerged from it like a man from the dead. Soon, Takafumi learns two strange facts: His uncle is obsessed with video games, and while unconscious, he was actually taken to some other dimension as a brave protector! Takafumi now needs to catch his uncle up on two decades of history, including smartphones, high-speed internet, and contemporary anime cliches, in addition to living with an uncle who is genuinely magical and the horrific results of the console war in the 1990s! 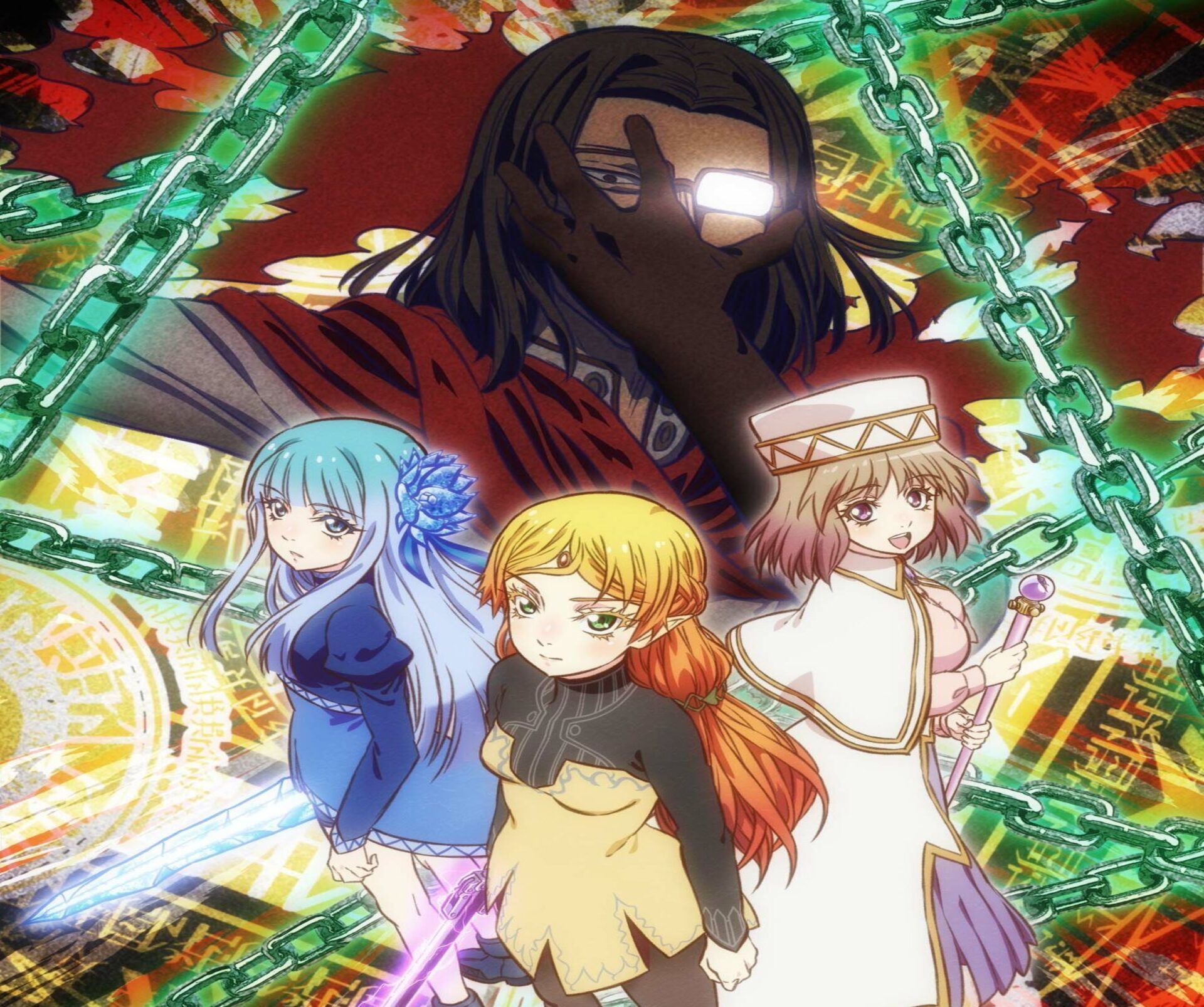 Uncle From Another World Episode Recap

Yosuke, his 34-year-old uncle, who had been in a coma for 17 years, has at last awakened, Takafumi is informed. Yosuke, who astonishingly exhibits magical skills he acquired there, claims to have lived on another planet called Granbahamal. Takafumi makes the decision to take him in so that they may use his talents to monetize Youtube.

Yosuke has trouble using contemporary technologies, especially the internet. Yosuke mentions Elga, a female elf whom he saved but who for whatever reason treated him terribly every day, as he recounts his existence in Granbahamal to Takafumi.

Takafumi understands that Yosuke has likely never known of a Tsundere and didn’t know Elga had been in love with him. Yosuke describes how Elga once saved him after he had been assaulted and left for dead. Takafumi learns from the footage of his memories that Yosuke gave Elga an extraordinarily rare ring, which she mistakenly believed was him proposing.

However, Yosuke sold the jewelry to settle their alleged debt and left Elga in an unknown town, causing her to follow him around for 17 years. Takafumi discovers that he genuinely appreciates Elga for her tenacity and persistence in persistently pursuing Yosuke.

Yosuke purchases the final SEGA publication and is sad to discover that his beloved Guardians Heroes only placed 197th and that the most popular video game was a Bishjo title. He confesses that he detests role-playing video games because he can never keep up with the plot and that once he was meant to mend the bruised ego of an Ice Witch named Mabel in order to obtain an ice sword in order to slay a fire dragon, but he forgot and ended up killing the dragon even without sword and abandoning Mabel to her suffering.

On New Year’s Eve, Yosuke recalls Mabel visiting him in his room because she was moved by his courage and wanted to figure out how to stop being a wimp. He completely misunderstood what she actually desired, telling her that timidity is OK, persuading her to withdraw, and even refusing her offering of the ice sword since he “doesn’t like cold things.” Takafumi encounters Sumika Fujimiya, a woman he hasn’t seen since he was a young boy.

Fujimiya thinks Yosuke is crazy and abusing Takafumi’s kindness when he witnesses him chanting spells. Takafumi demonstrates that he is almost as stupid as Yosuke by thinking that he and Sumika are really just friends, despite the fact that Yosuke can read her mind. They have a strange living arrangement, and Sumika is so enraged by it that she takes action.

Yosuke’s Youtube channel must have 1000 followers in order for him to continue receiving money from commercials. Takafumi learns that Yosuke is suffering with his subscribers as a result of his impolite comments. Yosuke remembers the time he went to the city of Luvaldram, which was walled off by a huge barrier. Inquisitive, Yosuke swiftly restored the barrier after quickly destroying it to test his strength.

In tsundere style, Elga hid the fact that Yosuke was the one who demolished the barrier in return for a date, but Yosuke fled, thinking she was attempting to blackmail him. Sumika starts staying in the apartment. Yosuke has extraordinary insight into Sumika’s feelings for Takafumi, and in an effort to assist, he changes into a replica of Elga and pretends to be Takafumi’s aunt in order to provide female counsel. However, Takafumi exposes him and demands that they record a new Youtube video.

Yosuke projects Takafumi’s memories of Sumika using magic, revealing that Takafumi only recalls her as a rude tomgirl and bully, in contrast to Sumika, who thought they had a nice childhood friendship. Yosuke finds it repulsive that his viewers prefer elf girls to his gaming videos after the Elga video receives 200,000 views in a matter of minutes, but Takafumi is overjoyed when they acquire a sizable sum of money in advertising from YouTube.

Uncle From Another World Streaming Details

You can stream all episodes of Uncle From Another World on Netflix. It is the official streaming partner of this and many other famous and popular new animes out there.