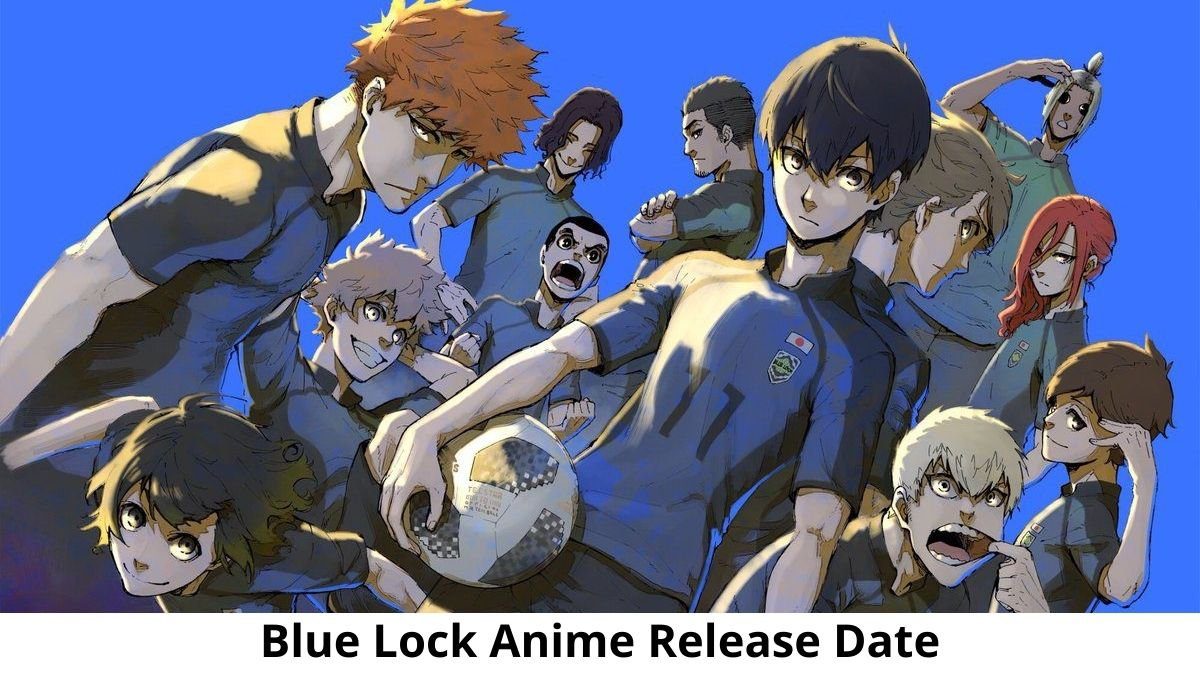 We are here with all the details about the Blue Lock anime release. We understand that it is difficult to keep a track of all the upcoming animes and shows. And we try to bring you all the exciting news about what’s to come and what’s trending currently. Anime has created its own fan base, and viewership is not just restricted to Japan.

At the same time, many international viewers want information about the latest anime releases. Anime is mostly adapted from Manga comics. Manga comics are a form of graphic novel in Japan. Blue Lock is the latest manga to be adapted into an anime, and we are here with all the details.

Fans of anime have been waiting for the Blue Lock anime release for a long time. The anime adaptation of the popular Shonen Magazine manga was announced at the beginning of 2022. The details about the release of Blue Lock anime are finally here. Fans will be able to watch this anime on their screens very soon. The anime boasts a lot of action and a gritty plot. Without further ado, let’s get into all the details of Blue Lock anime.

What is the story of Blue Lock anime?

The Blue Lock anime is written by Muneyuki Kaneshiro and illustrated by Yusuke Nomura. The anime is in circulation since August 2018, with weekly episodes released. Fans were very much invested in the manga series. And now, it is finally getting an anime adaptation.

The Blue Lock anime release has created anticipation in almost all the readers of this manga. The story follows the players of the Japanese national soccer team. The team crashed the quarterback finals of the 2018 World Cup. A mysterious man Ego Jinpachi is hired by the team to coach the players. 300 men are selected who are then trained under 300 U-18 forwards at Blue Lock Facility.

His target is to create the best striker on the whole team. The anime thus follows the brutal regime of the players as they train. One of the players from those 300 men is Yoichi Isagi, who has just faced a very sorrowful defeat.

The anime Blue Lock is being produced by Eight Bit. While in August, the makers of the show announced that the Blue Lock release would be in mid-2022. There is an official month’s release for the show now. The Blue Lock anime release is said to be in October 2022. Although a date is still not revealed, the new information has stirred the curiosity of even more people.

Also Read: How Did The First Hokage Die? The Death Of Shinobi God!

The Blue Lock anime release date is expected to be announced very soon too. We will keep you updated about the show’s new information.

The manga is still ongoing and is expected to create even more volumes. It has released 12 volumes till now. The Blue Lock anime is expected to focus on the initial volumes of this manga. The cast members of Blue Lock anime include Kazuki Ura, who will voice the titular character in the anime. Other voice actors include Tasuku Kaito, Yuki Ono, and Saito Soma.

That was it on Blue Lock release date. Stay tuned for more updates!