What does BFFR mean? This question has been making the rounds in the internet community for a while now. And we are up for explaining everything about it. We will explain the viral TikTok slang and how and why it is used so much these days. TikTok has witnessed an enormous increase in its user base in the last few years. And, of course, new trends and terms are bound to spiral up when so many people use social media apps.

The users must have come across several terms and acronyms like BFF, FYP, and PFP while scrolling through their feeds on the widely used social media app. Some terms and acronyms are unfamiliar to users, especially if they are not used regularly. “BFFR” is one of the newest keywords developers of the short-form application have used a lot.

Some people can initially mistake the acronym for the well-known “BFF” abbreviation, which refers to Best Friends Forever. However, devoted TikTok fans who keep up with the latest slang and acronyms know that the phrase has a different meaning. So, what does BFFR mean? Here is everything the app users need to know about the BFFR if they are curious.

What Does BFFR Mean On The TikTok App?

Like many widely used acronyms on social media, BFFR is said to be an example of African American Vernacular English, according to Know Your Meme. The phrase was used in AAVE for quite some time. But in the middle of 2022, a remix of a rapper named Slump6s’ soundbite made it popular on TikTok and Twitter, according to the source. 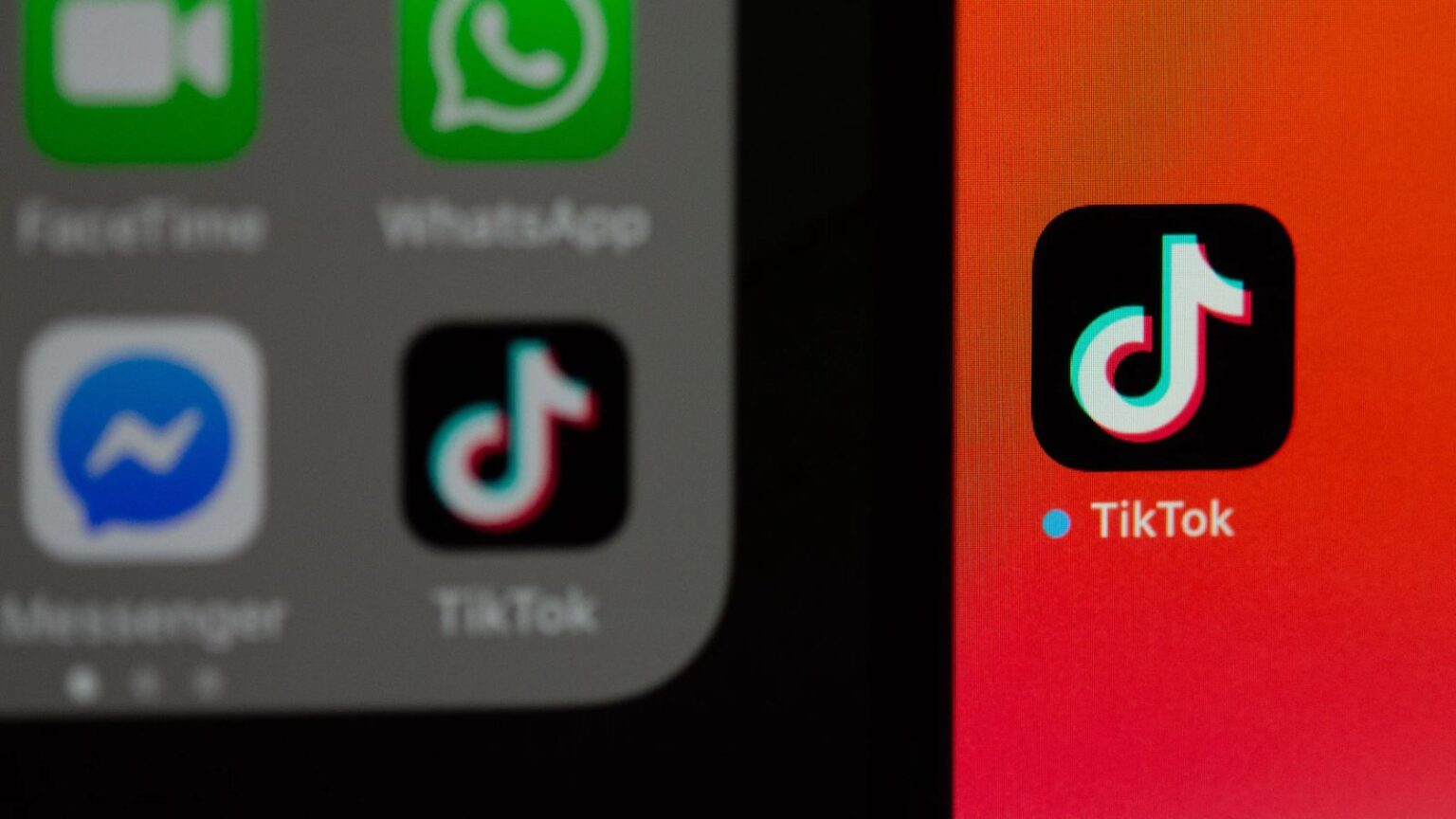 According to the Urban Dictionary, BFFR means Be F**king For Real. Individuals frequently use this slang phrase in the middle of a discussion. The aim is to challenge the other individual, to be honest about a certain subject. When someone is being foolish, ignorant, or rejecting a long-established fact, telling them to “BFFR” is suitable.

Content producers are already publishing messages on social media using the popular hashtag #BFFR. Nearly 300 million people have watched videos using this hashtag as of this writing. The language also has a TikTok sound that has recently become popular. A girl may be heard saying “BFFR” in the frequently utilized audio. How did I spell that? Be f**king serious.

Over 185,000 clips have already been posted that use the original sound, demonstrating how widely used this audio is in creating related material. You may always post your questions regarding the terms like these, and we will help you understand them in an easy way, as our pieces will be about the most common phrases used on TikTok and any additional acronyms or phrases that are puzzling you. 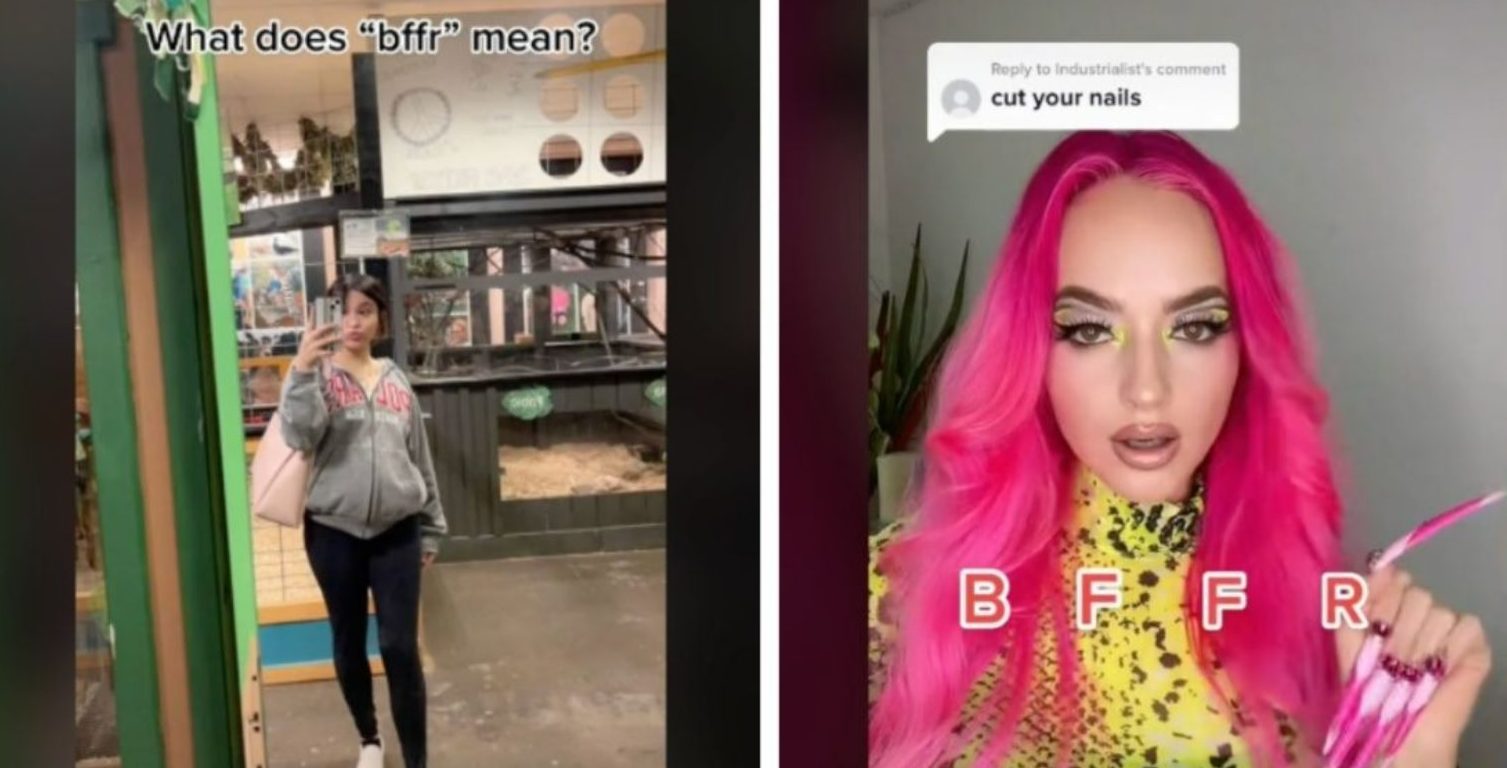 How To Use BFFR In A Conversation And Text?

According to many reports, the acronym has experienced a boom in popularity thanks to TikTok & Twitter due to a remix of a rapper Slump6s soundbite in mid-2022. However, AAVE users have been using the abbreviation for a while, and it just means, “are you FR?”

According to Urban Dictionary, BFFR stands for “be f-king for real.” This idiom is frequently used in conversation to encourage the other person to be honest with oneself over a certain subject. To put it another way, urging someone to “BFFR” implies that they are either foolish, naive, or both.

Knowing what BFFR stands for, for now, it’s crucial to understand when to employ the abbreviation. Several examples indicate when the acronym is appropriate, thanks to TikTok. First, TikToker Isabella Jackson posted a video explaining BFFR through a series of different images of herself.

She then utilizes the acronym in her final presentation to discuss her romantic desires for BFFR because she claims they always knew she was insane. Another illustration comes from TikToker @its.nash, who uses her audio to explain what BFFR stands for. “When the dress I picked out in my imagination appears horrible on my body,” she writes in the footage.

This is something that many people can relate to because the outfits we picture often look terrible in the mirror. For instance, if someone is attempting to argue a well-known fact, you can advise them to BFFR. So, you may tell someone to BFFR if they claim that Michael Jackson isn’t one of history’s greatest entertainers.