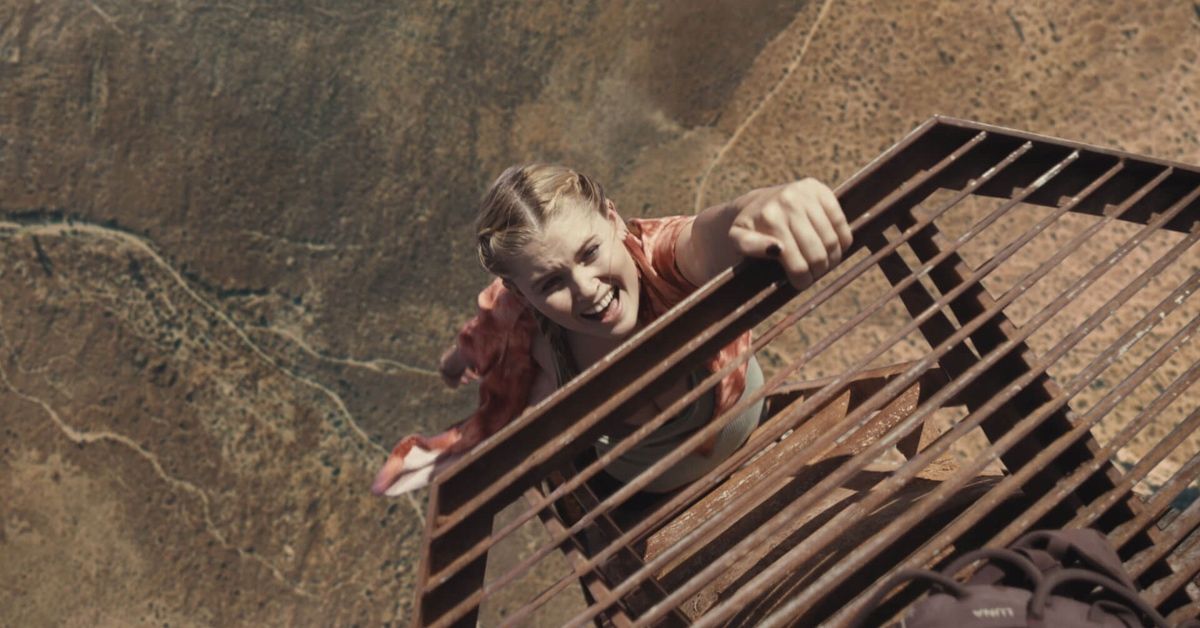 Fall is being marketed as coming “from the creators of 47 Meters Down,” which is a cunning marketing ploy for two movies that could be related or that could become future cult classics. Both movies center on a pair of close friends who must band with each other to escape an adventure sports trip gone tragically wrong. While Fall places us high up on a crumbling radio tower wherein vultures & gravity itself seek to annihilate our brave heroines, 47 Meters Down places viewers in shark-infested waters. But there’s something darker and more sinister that unites these two movies.

As Becky and her closest friend Hunter scale a 2,000-foot pole to scatter her late husband’s ashes, Fall follows them. Inevitably, calamity hits, putting the women alone on the rickety deck at the top of the building with no access to food or drink, no way back down, and no mobile service to contact for aid. When tensions are already boiling over, Hunter shockingly admits that she had an affair with Becky’s boyfriend until he got it in a dangerous climb gone bad a year earlier.

When Did The Movie Release?

Lionsgate screened the movie in theatres on August 12, 2022, in the US. $4 million was spent by Lionsgate on the movie’s release and advertising. The movie was first made available online on September 27, 2022, and then on Blu-ray and DVD on October 18, 2022. 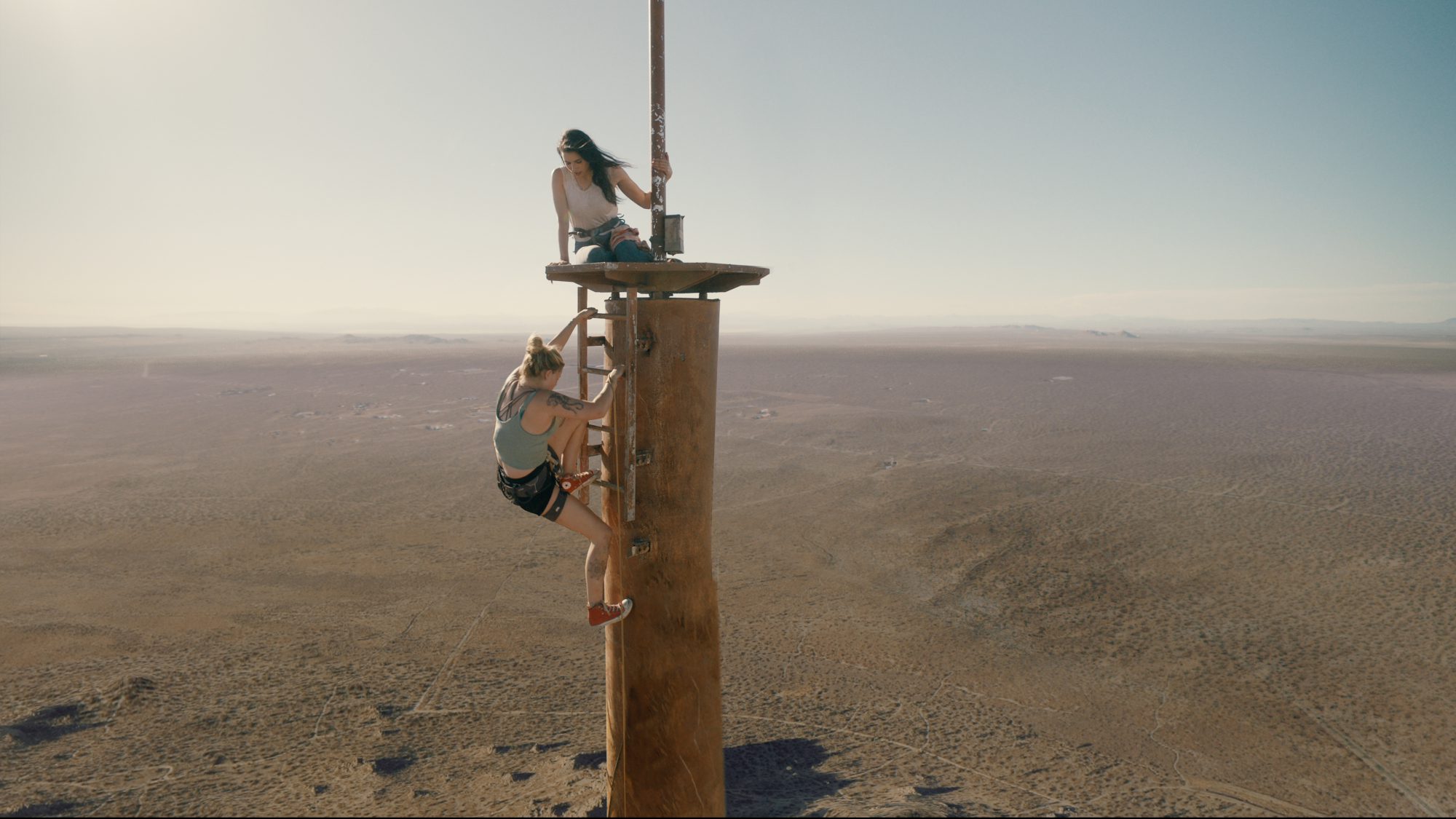 The subsequent day, a vulture flies down and takes a nap on the platform. It approaches Becky’s leg and begins to nip at the skin. Becky waits for the right time to grab the vulture by the neck and smash it to death.

Becky finally succeeds in attaching herself to the leash and lowering herself to the plate, where Hunter’s lifeless body lies partially by the force of the Fall, after devouring it to regain strength. She has already had her guts ripped away by the vultures.

The vulture that is gnawing on Hunter’s flesh turns to gaze at Becky’s face covered in blood and then flees after discovering there is another predator. After typing a note to her father on her cellphone and placing it inside Hunter’s shoe and Hunter’s bare stomach, Becky pulls off the satellite while sobbing inconsolably and murmuring, “I love you, Hunter.”

In the following scene, Becky’s father, James, is seen heading near the building and stretching toward the foot to discover that there are already police and emergency personnel there. When he eventually spots Becky, the movie closes with their emotional reunion. His heart dropped when she witnessed a corpse being hauled off by the medics.

What Leads To Hunter’s Death?

That platform smells worse than Becky’s infected leg wound now that Hunter’s nasty little confession of adultery is public knowledge. They’ve considered throwing Hunter’s cell phone in a sneaker with a rescue letter for the past 24 hours in the expectation that it may pick up the mobile signal at the foot of the tower. They crush the phone to pieces underneath, assuming that her 60,000 supporters on social media are unaware of the call for action. 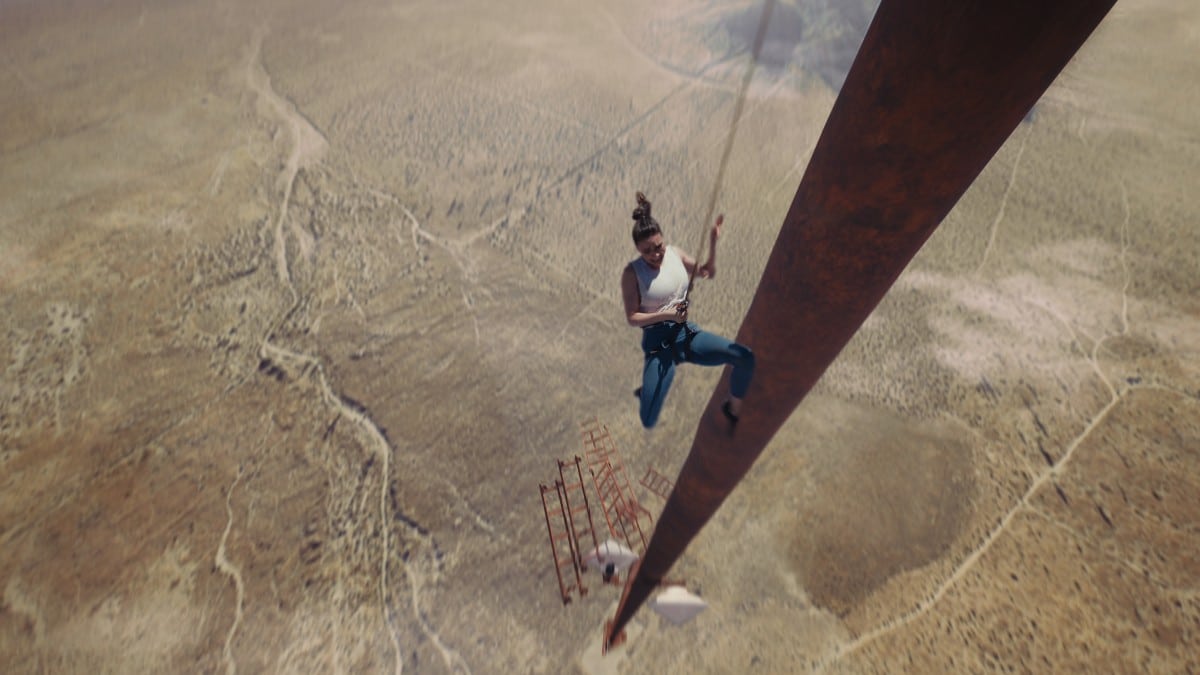 They are growing worse by the day due to dehydration, hunger, and exhaustion. Because of this, Hunter uses the last amount of cable they have to descend in order to retrieve Becky’s rucksack, which she unintentionally dropped on a protruding dish antenna. Hunter and her sole red sneaker are frantically trying to grab the pole as soon as possible. She takes a daring leap to the dish while disengaging herself from the rope ladder, either bravely or carelessly.

What Fall demonstrates is how the two friends put aside their disagreements and damaged hearts to work together to practically pull Hunter to safety. However, this thriller subtly transitions into the fantastical, much like 47 Meters Down. Hunter perished after that ascent. She died after collapsing onto that disc-shaped antenna.

Where Can One Watch Fall?