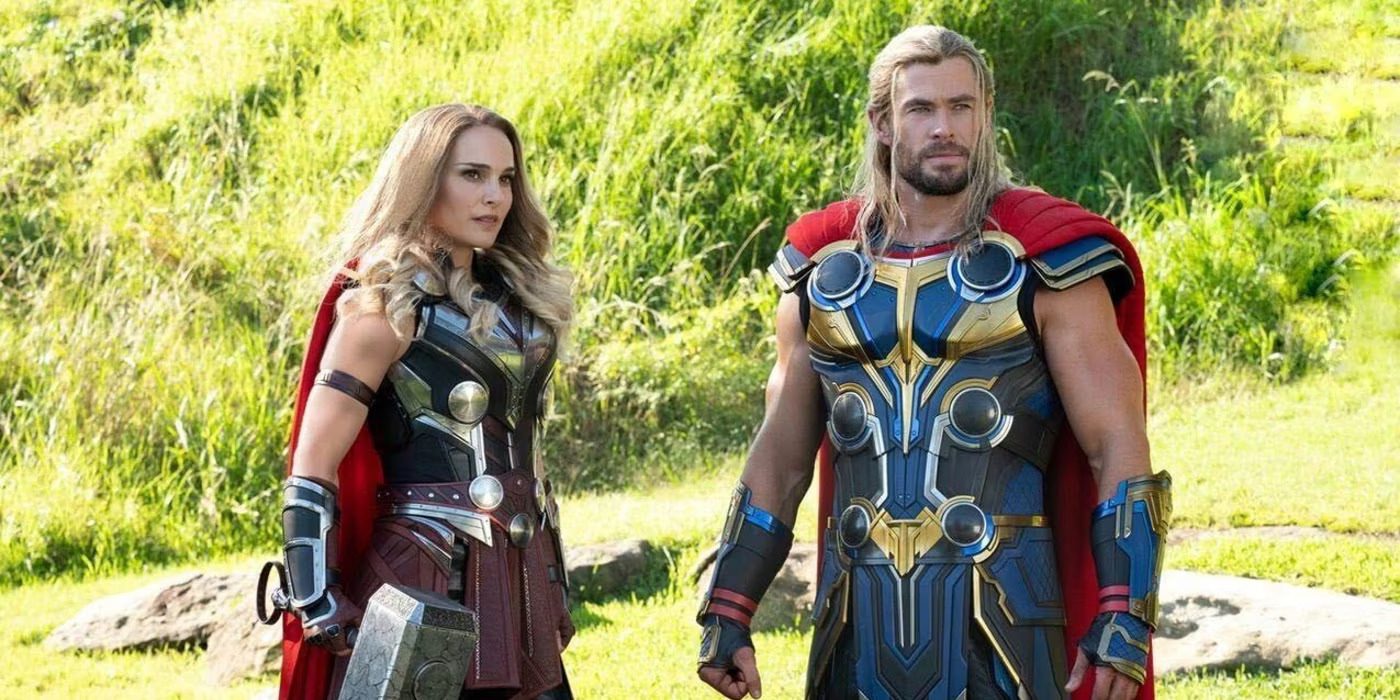 Thor: Love and Thunder will see Thor giving up the superhero life to discover his true identity. But when Gorr the God Butcher sets out on his mission to kill every god in existence, Thor will need to assemble a powerful squad to defeat him, including his best buddy Korg, King Valkyrie, the Guardians of the Galaxy, and Jane as the Mighty Thor.

Each Marvel property, despite being connected, can also be said to stand on its own. As a fan who first discovered the Marvel Cinematic Universe (MCU) gradually and saw everything out of chronological order, We can tell you from personal experience that a few cryptic references won’t destroy your enjoyment of the new Thor movie if you haven’t seen everything.

While it is not necessary for fans to have seen every MCU film and series before seeing Love and Thunder, there are some stories that they should unquestionably revisit or experience for the first time.

Here Are The Movies And Shows That You Need To Watch Before Thor: Love and Thunder:

Fans must see the beginning of Thor and Jane Foster’s story to see how they have grown. From the overconfident, arrogant, and stoic character who was first introduced, Thor has undergone significant development. Love and Thunder will see him continuing to grow and change as he learned to be unselfish, humble, and worthy of being Thor once more. 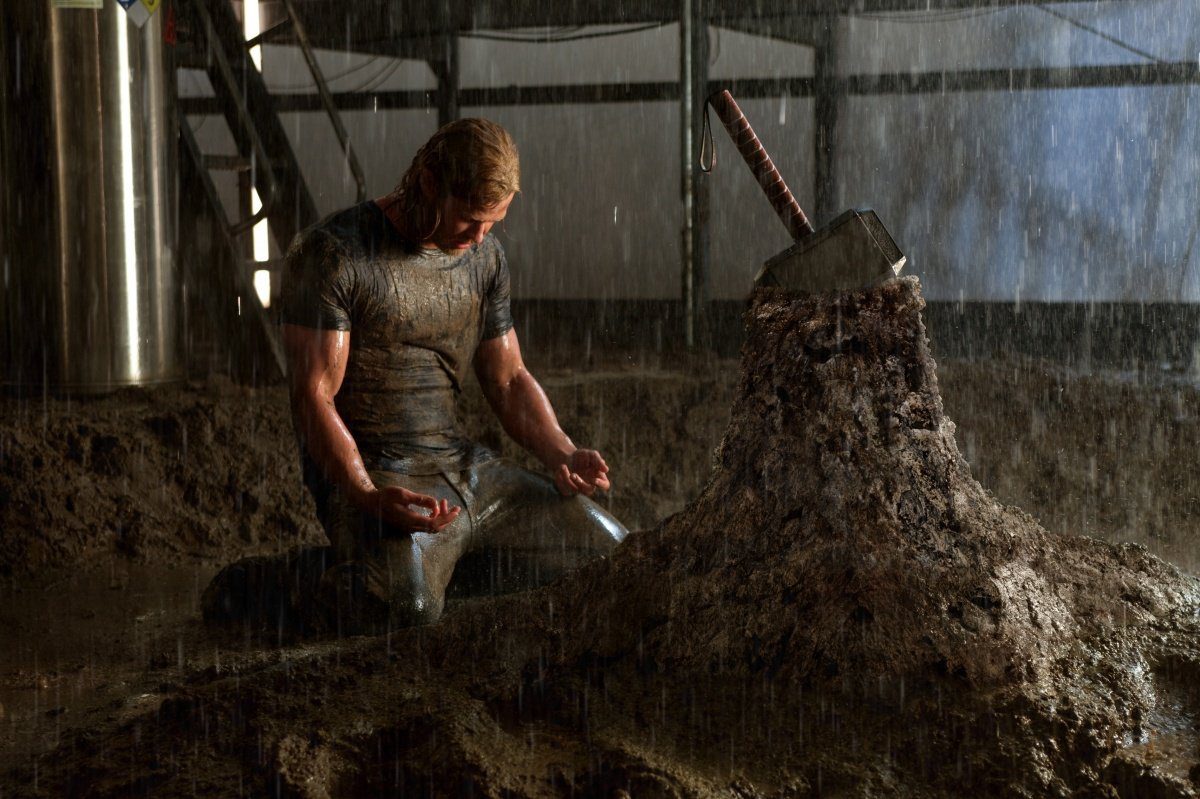 Seeing how he managed to prove to be worthy of Mjölnir and the immense power of Thor is also worth taking a look at, considering that Jane has now become Might Thor, a person also worthy of Mjölnir in Thor 4. Jane is introduced in the first Thor movie with her scientific skill, intellect, and chemistry with Thor, setting the stage for a compelling character that Love and Thunder appear to have elevated to new heights.

The Avengers is just where Thor first started learning to be a team player. Even with strong personalities like Tony Stark, he learned how to collaborate and rely on others.  Jane Foster, The Guardians of the Galaxy, Valkyrie, and Korg are just a few of the characters that Thor has teamed up with in Love and Thunder, thanks to his ability to work well in a group. Thor’s defense of Earth against Loki and the Chitauri in The Avengers furthered the argument that he is a defender of Earth by showing his flexibility in combat. 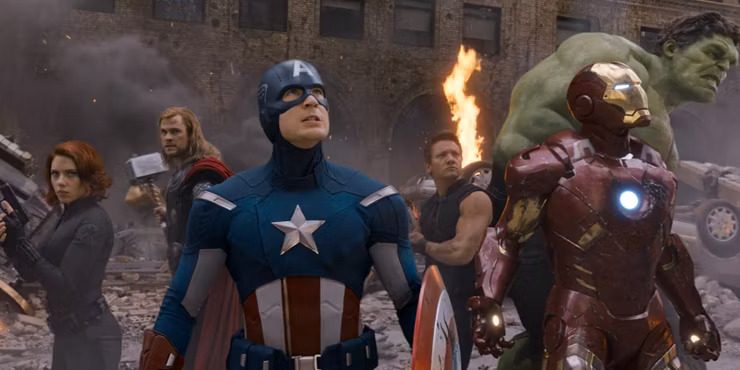 The MCU’s final appearance of Thor and Jane Foster together was in Thor: The Dark World. This film showed that their romance was more than simply a passing fling. They have far deeper feelings for one another and would sacrifice anything for one another. 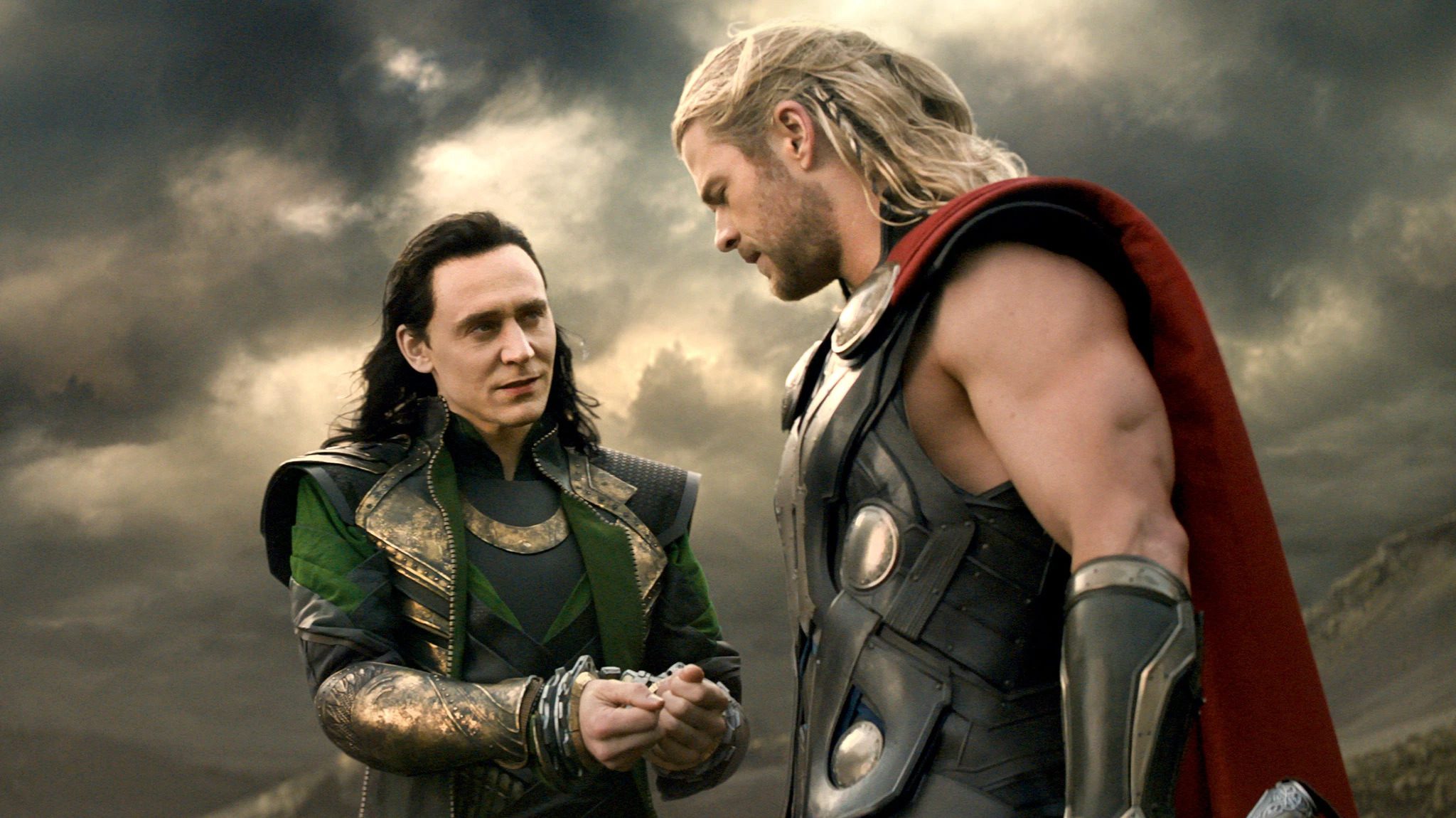 When Jane left Earth for the first time in The Dark World, it was a stunning and mind-blowing experience that unknowingly helped to prepare her for her adventures outside of Earth in Love and Thunder. The events in this film also helped Thor realize that his destiny was not to rule Asgard, and as a result, he still found his way and his true self in Love and Thunder.

Guardians Of The Galaxy

Before they became a team and long before they encountered Thor, the scrappy band of unlikely heroes were introduced in Guardians of the Galaxy. Before they were introduced into the story of Thor and the Avengers, fans can witness how these heroes’ origin stories began and how they evolved. 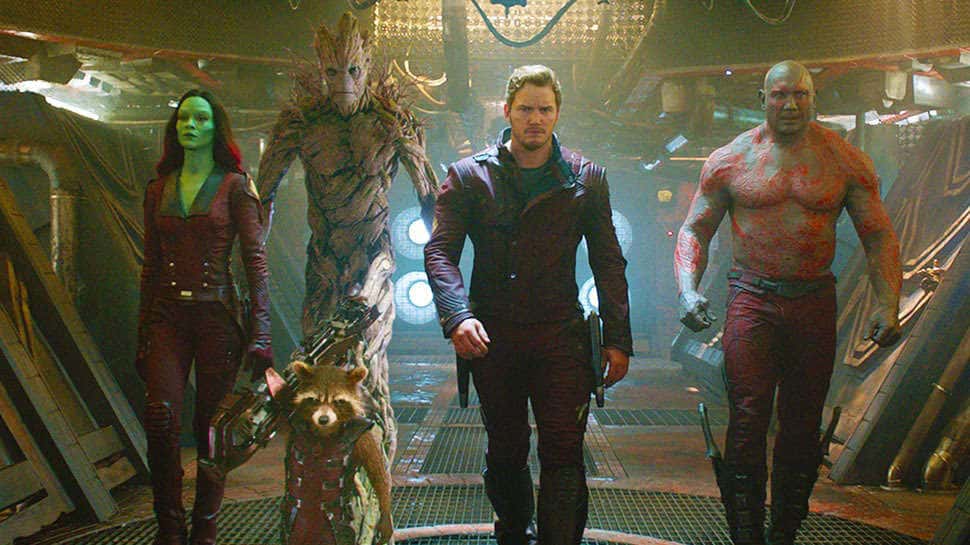 Guardians Of The Galaxy

Avengers: Age of Ultron revealed that there are other people deserving of holding Mjölnir in addition to being another narrative of Thor learning how to work as a team. Steve Rogers can lift it a little, hinting at his potential to use it fully in Avengers: Endgame. More significantly, for the plot of Age of Ultron, Vision is able to take it up with ease, proving to Thor that he can be trusted. 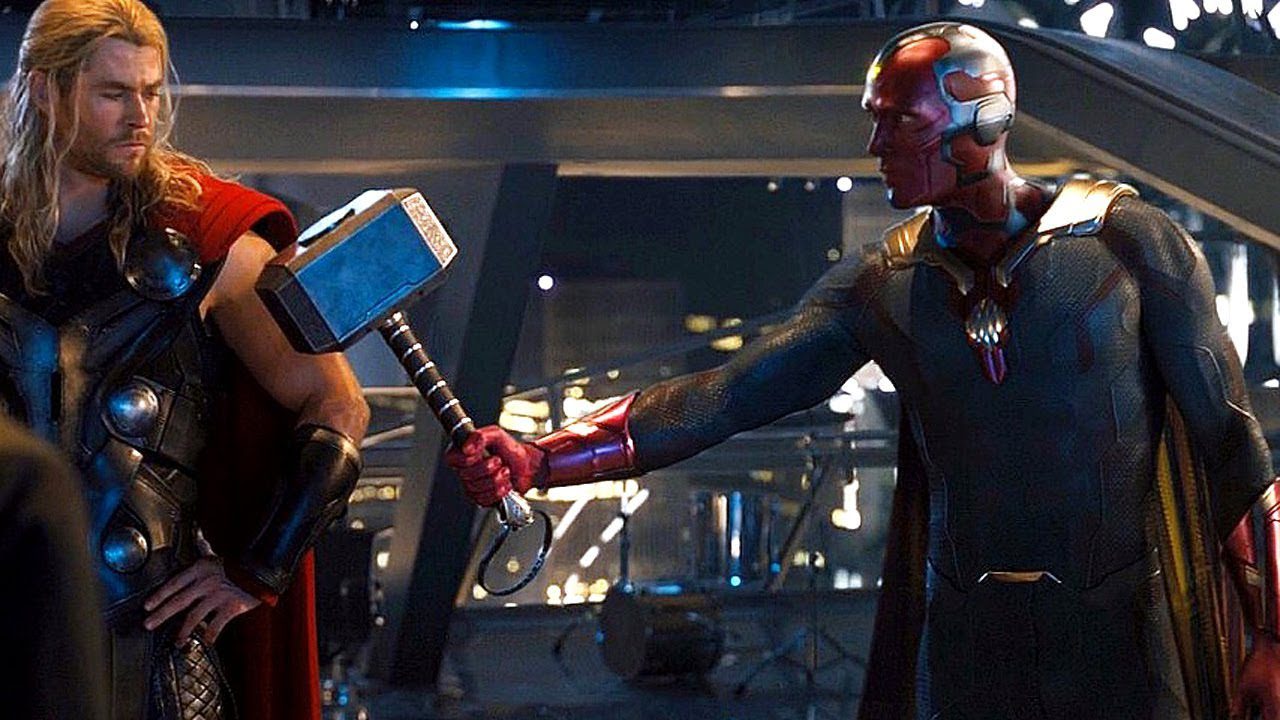 At this point, Thor started to accept the idea that certain people weren’t deserving of Mjölnir. Now that Jane is the one holding it in Thor: Love and Thunder, Thor will have to get used to the concept of somebody other than him having it permanently rather than someone else merely briefly holding or swinging it (Vision).

Guardians Of The Galaxy Vol. 2

Guardians of the Galaxy Vol. 2 introduced Mantis, Nebula, and Kraglin to the team. Mantis has been a part of the group ever before Thor first got to know them and Thor and Nebula collaborated to save the cosmos in Avengers: Endgame. It is definitely interesting to learn how Mantis, Nebula, and Kraglin joined the squad as they were seen in the Thor: Love and Thunder trailers. 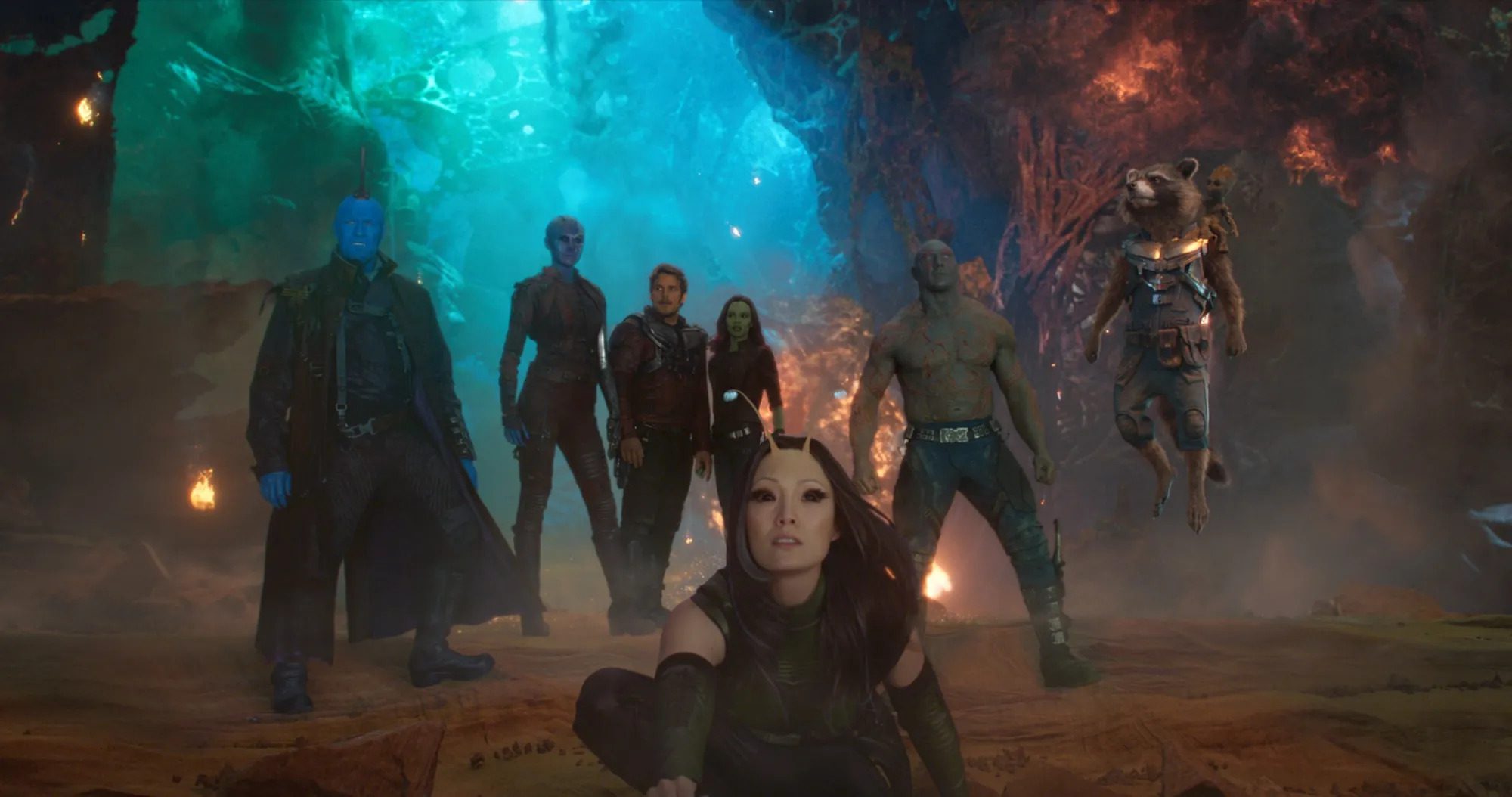 Guardians Of The Galaxy Vol. 2

The Guardians of the Galaxy 2 also offers the finest view of these characters as a famous team whose services are wanted by several organizations and individuals around the galaxy. At the beginning of Thor: Love and Thunder, this is probably what Thor and the group will be doing.

Before seeing Thor: Love and Thunder, it’s probably best to watch Thor: Ragnarok. Taika Waititi’s direction of one of his best films transformed the tone of the Thor saga and several crucial aspects of the title character. Fans reacted favorably to these alterations, so Waititi decided to direct Thor: Love and Thunder as well, thereby appearing to carry on the theme and changes introduced in Ragnarok. 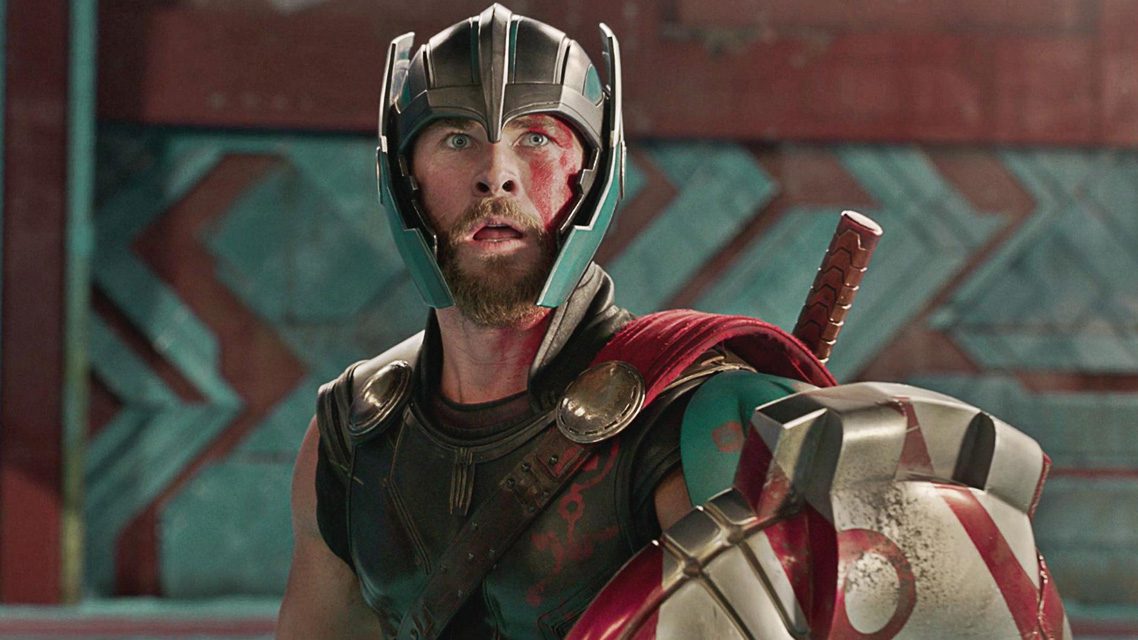 For Thor and the other characters, the loss of Mjölnir and Asgard particularly changed the game. The Asgardians had been residing on Earth for a while at the time of Thor: Love and Thunder, and Jane is using a repaired Mjölnir. The introduction of heroes like Valkyrie and Korg in Ragnarok also left fans hungry to learn more about their lives; these stories will now be explored in Thor: Love and Thunder. Thor ultimately teamed up with them again since he came to trust them both and realized he could depend on them in times of need.

Since Infinity War is the result of years of storytelling, there are a number of things you’re technically supposed to watch before seeing it, but we understand that time is of the essence. It should be enough to mention that there is a large purple guy by the name of Thanos, that there are six mystical stones scattered around the cosmos, and that he is gathering them in order to become the most potent supervillain ever.

He must be stopped by every superhero from every previous Marvel film because his scheme for what to do with the stones is extremely bad news for half the universe. If a character appears and you don’t recognize them, just believe they’re a Marvel superhero from a film you haven’t watched and let the storyline wash over you. 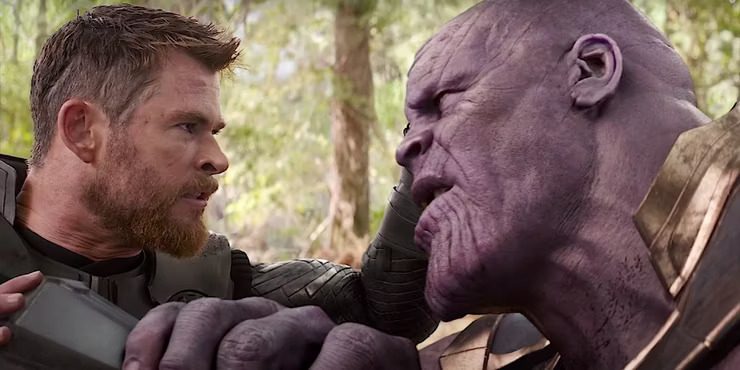 Thor’s brother Loki and his closest friend Heimdall were tragically killed at the start of Avengers: Infinity War, which explains why they won’t appear in Thor: Love and Thunder. Thor encounters the Guardians of the Galaxy after going through these horrors and floating through space. Building relationships that are crucial to Thor’s destiny, he spends most of the film alongside Rocket and Groot on a mission to find a weapon that can kill Thanos in place of Mjölnir.

They create a weapon known as Stormbreaker, which will remain Thor’s main weapon in Thor: Love and Thunder. Thor was haunted for years by his ultimate failure to defeat Thanos with Stormbreaker when Thanos wiped nearly half the universe’s population. Thor may be affected by his past suffering as he now faces a formidable foe who is determined to murder all gods.

Thor hits rock bottom in Avengers: Endgame after facing his worst fears of losing his home, his family, and his ability to defend the cosmos. Thor learns he is still deserving and rediscovers his rhythm thanks to some of the assistance and encouragement he receives along the way. Along with assisting in the defeat of 2014 Thanos and his army, he assists in reclaiming the Infinity Stones from alternate universes in order to bring back everyone that Thanos took out with the Snap. Korg, Valkyrie, and Miek fight alongside Thor in this battle. 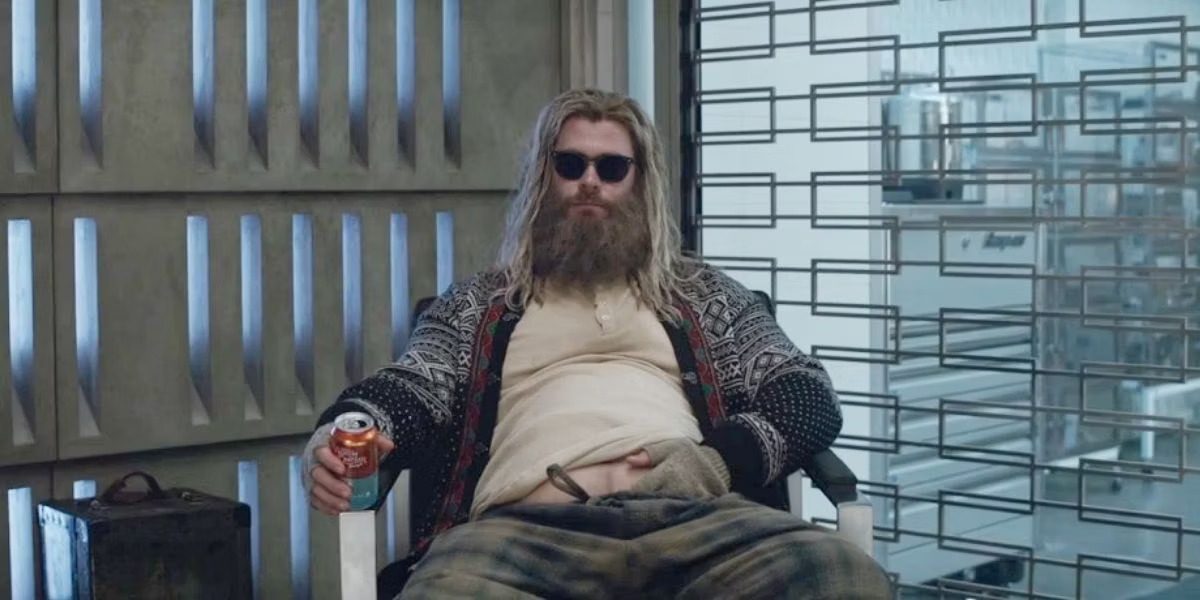 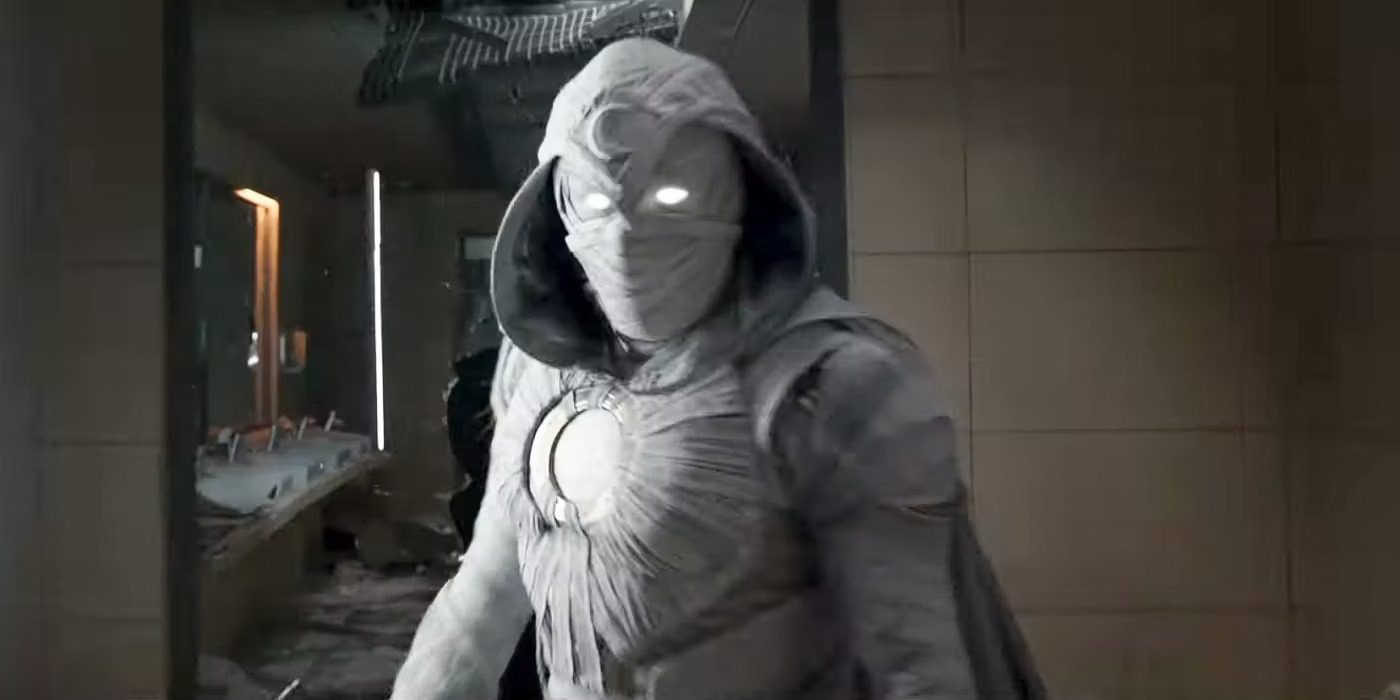 The two stories naturally relate to one another due to Gorr’s goal of eliminating all gods and Moon Knight’s emphasis on Egyptian gods. Even Gorr’s hatred of gods and his desire to wipe them out all may be hinted at by the corrupt, self-serving, and outright wicked actions of a few of the gods in Moon Knight.