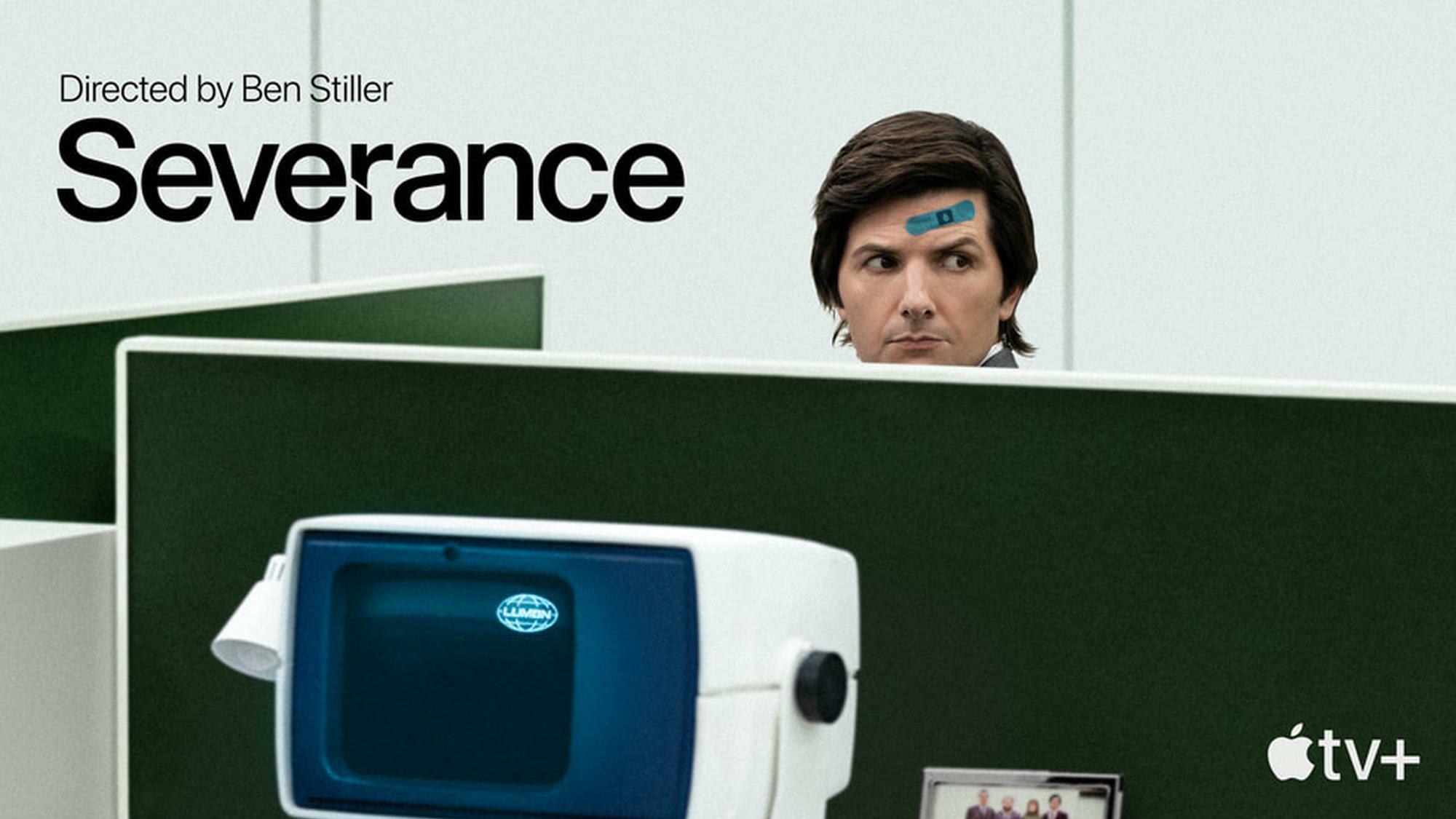 Severance, an Apple TV+ thriller, will return for a second season. Here’s all we currently know about it. Since its debut, the Ben Stiller-created show has received favorable reviews and developed a devoted fan base. The first season of Severance finishes on a dramatic cliffhanger that viewers will want to see addressed, but it’s unclear how long they will have to wait.

Severance’s first season progressively unveiled its dystopian future setting, where the cult-like Lumon Corporation divides its employees’ memories and identities depending on whether or not they are at work using a technology called severance. Due to its weekly releasing schedule and great acclaim, the series has generated a lot of attention, including several Severance fan theories.

The first season of Severance featured the four detached personalities, or “innies,” of the Macro-Data Postprocessing department becoming more curious and critical of the system they are a part of. The fallout from this uprising will probably be shown in Season 2, and it may also provide some of the most important questions for viewers. Here are all the things that you should know about Severance season 2.

Severance season 2 has been given the official go-ahead by Apple TV+, who made the announcement before the season 1 finale. The creator of the series, Ben Stiller, expressed delight at the renewal and said that, in keeping with Severance’s corporate satire, he always imagined the plot spanning several seasons. 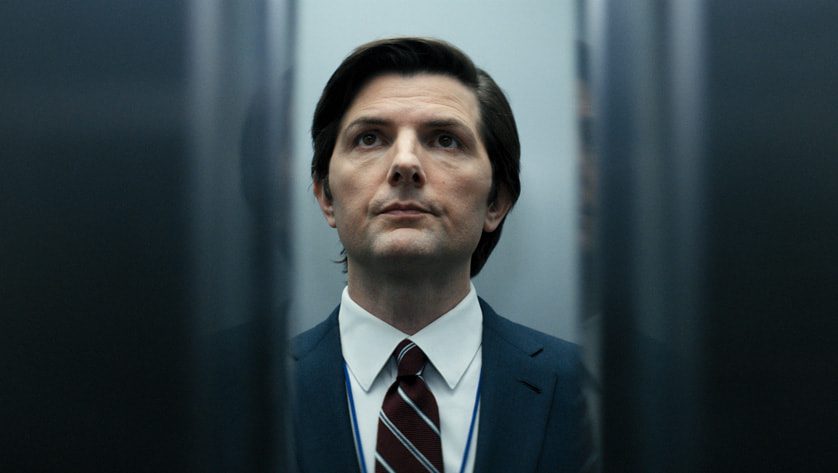 So, asking for Severance Season 2’s official release date seems a little early. Furthermore, since the renewal, there has been no official word of the series’ production status, whether it has started or not, making it much more challenging to pinpoint the precise release date for the next season. The filming of season 1 spanned for roughly six months, and the debut followed eight months later. If we had to judge based on the first season’s schedule. Our expectation is for Severance season 2 to premiere in the latter half of 2023 if season 2 follows a similar trajectory.

Given that the release dates for season one were within this time frame, many fans are speculating about a range of months that may fluctuate from February to March. Additionally, we would like to emphasize that, for the time being, this information is simply speculative, so viewers will need to hold off until the network formally confirms it. However, the fact that the show was renewed before the finale episode aired is a strong sign that the next season’s planning was already underway. As a result, viewers may not have to wait too long since the show’s production looks to have been pre-planned and scheduled.

Even though Severance Season 2’s precise episode count hasn’t been revealed, the first season’s nine episodes, each lasting between 40 and 57 minutes, make it impossible to guess how many episodes will be in the second season. As a result, it is impossible to determine the precise number of episodes for the upcoming season because this will ultimately depend on the story that the show wants to tell its viewers. 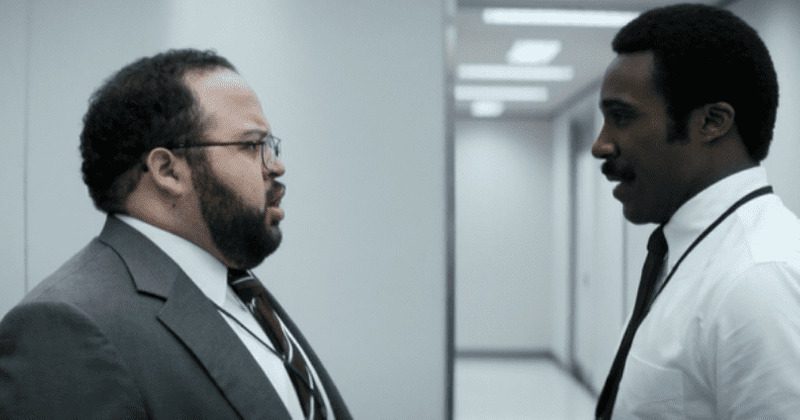 Also Read: The Flash Season 9 Renewal: Will It Be The Last Season?

The main cast of Severance season 2 is anticipated to return, led by Adam Scott playing Mark Scout. His coworkers from the Macro data Refinement section, including John Turturro playing Irving B., Zach Cherry playing Dylan G., and Britt Lower playing Helly R., should also make a comeback. We’ll have to wait and see if Severance season 2 brings on any new cast members. One candidate is the retired Outie, who was seen with Burt. Additionally, the show can bring more Eagan relatives.

It’s also possible that the show will bring back important Lumon Industries characters, such as Patricia Arquette’s Harmony Cobel, a manager of the severed floor who acts as Mark’s next-door neighbor Mrs. Selvig. Seth Milchick, the department manager of the severed floor, is played by Tramell Tillman. Burt Goodman, the former head of the Optics and Design branch and Irving’s love interest, is portrayed by Christopher Walken. Dichen Lachman portrays Ms. Casey, the previous wellness advisor of the cut floor, who resembles Mark’s dead wife, Gemma. 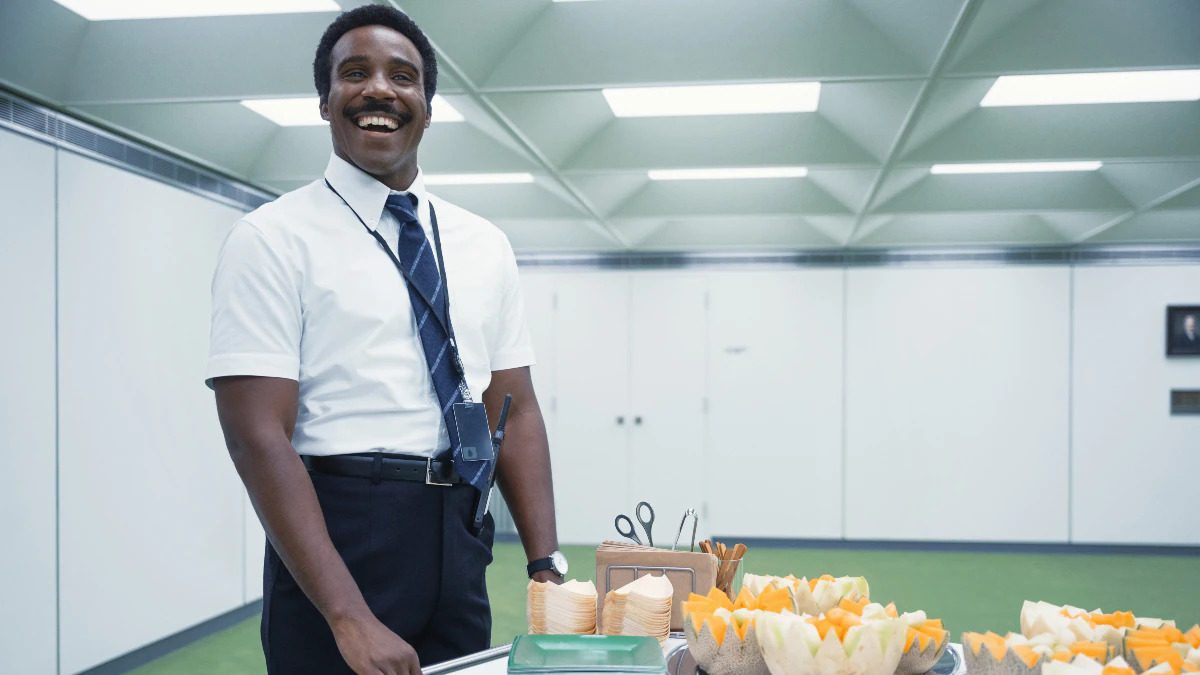 Natalie, the board of trustees of Lumon’s liaison, is played by Sydney Cole Alexander. James Eagan, the present CEO of Lumon Industries, is portrayed by Michael Siberry. There are significant figures who are also present on the “outside”: Jen Tullock plays Devon, a young mother, and Mark’s sister. Devon’s fiancé and author Ricken Hale is played by Michael Chernus. Senator Angelo Arteta, played by Ethan Flower, is in favor of severance pay being used widely. Gabby Arteta, Angelo’s wife, and a new mother is portrayed by Nora Dale. Alexa, Devon’s nurse, and Mark’s fling is played by Nikki M. James.

In the season one finale of Severance, the innies learn to regulate their behavior outside of work by utilizing the Overtime Contingency feature included in their Lumon severance chips. Their activities in the world, such as Mark informing his sister Devon about the abuse occurring at Lumon, Helly speaking in front of the public at a Lumon gala, and Irving attempting to meet up with Burt, will be difficult to undo. In Severance season 2, Lumon probably tries to put an end to MDR’s revolt without endangering their “outies” because Cobel promised Helly a penalty for her crimes.

Severance season 2 might be able to clarify some of the riddles surrounding Lumon. These questions include what happened to Mark and Gemma’s wife, who later reappeared as Ms. Casey in the Lumon office, the purpose of Lumon’s goat nursery in Severance, and the company’s higher goals for the severance chips, which were mentioned in Helly’s discussion with her father. Additionally, Severance season 2 might delve deeper into the lives of its outcasts, particularly Irving’s strangely odd existence. 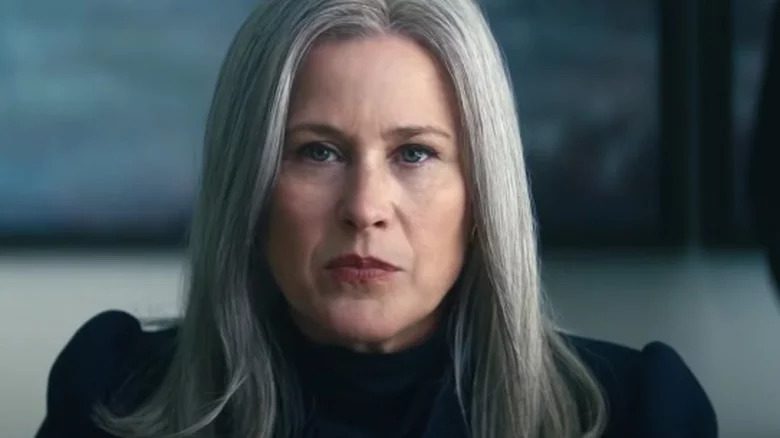 Ms. Cobel was fired for her incompetence, which resulted in her losing her influence on the severed floor. Fans are not to blame for fearing she would turn against the business, especially when she appears to support Mark’s desire to leave Lumon.

But once Mark makes a mistake and she notices that perhaps the overtime contingency has been triggered, Ms. Cobel steps in to save Lumon. She might gain leverage with the Board as a result of her move and establish her value as a future employee. Not to talk about the fact that Mark’s outtie will certainly find Devon’s true identity now that Devon knows it.

Devon And The Others On Gemma

The instant Mark tells Devon that Gemma is alive, the screen goes black, leaving Mark’s storyline on a major cliffhanger. The only thing he can manage to say before returning to his outtie’s consciousness is, “she’s alive.”

It’s impossible to predict whether Devon and Ricken will comprehend what Mark was desperately attempting to explain to them at that precise moment. Fans probably hope that the strange encounter with Mark’s innie will at the very least prompt them to oppose severance and work to free those who have been laid off. 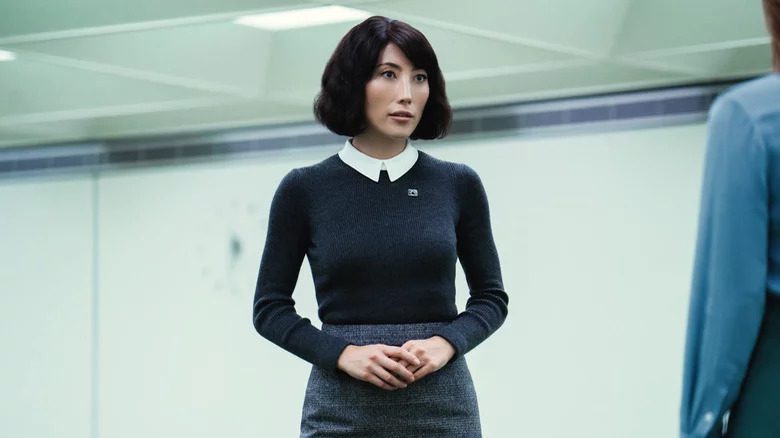 Ms. Casey has emerged as one of Severance’s best characters, mostly as a result of the dramatic storyline revelation that she is actually Mark’s wife. Many doubts remain over what she is doing working in Lumon because Mark and his family assume she was killed in a vehicle accident.

First off, why exactly is she serving as a “wellness counselor” for the fired employees? Her health sessions might be some sort of test. Her claim that she was only alive for “107 hours” is possibly the biggest puzzle because it appears absurdly brief in light of her claimed long-ago death.

Irving had a compelling story arc, which only got more compelling at the conclusion. Irving’s outtie is eventually revealed to the public, and he appears to be the mole Ms. Cobel has been searching for. The list of Lumon employees that his outtie has, which includes information about their lifestyles, including some residences, is known to viewers so far.

Of course, Irving’s aunt’s house also has odd artwork and loud music, which may be related to his larger intentions to overthrow or at the very least expose Lumon. Whatever the case, Irving’s true role is the subject of much discussion in the fandom, and there are several theories surrounding it. 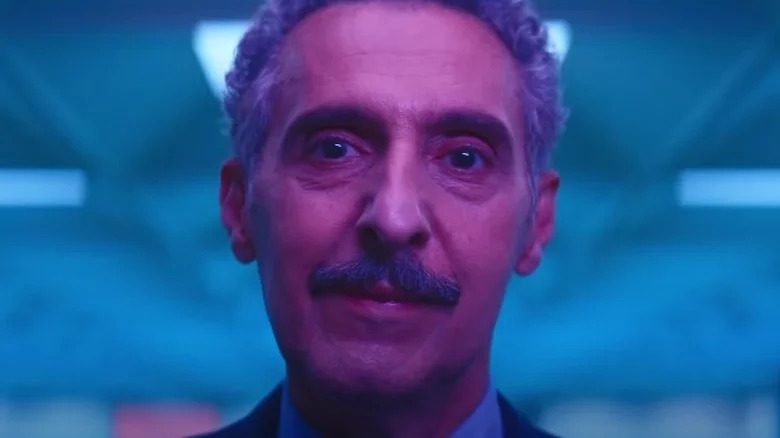 Most viewers probably love Irving and Burt, and they do so for a good reason. Fans benefited from the couple’s relationship because it added some much-needed hope and romanticism to the otherwise horrific sci-fi world. It’s what that connection offered to Burt and Irving as well because they improved and found happiness as a result of the meeting.

The news of Irving’s retirement, which also seems to be the final straw for Irving’s innie, was painful for this reason. Is there a chance that they will somehow recognize one another now that he has gone as far as he can and has arrived at Burt’s outtie’s door, indicating that love can survive the separation?