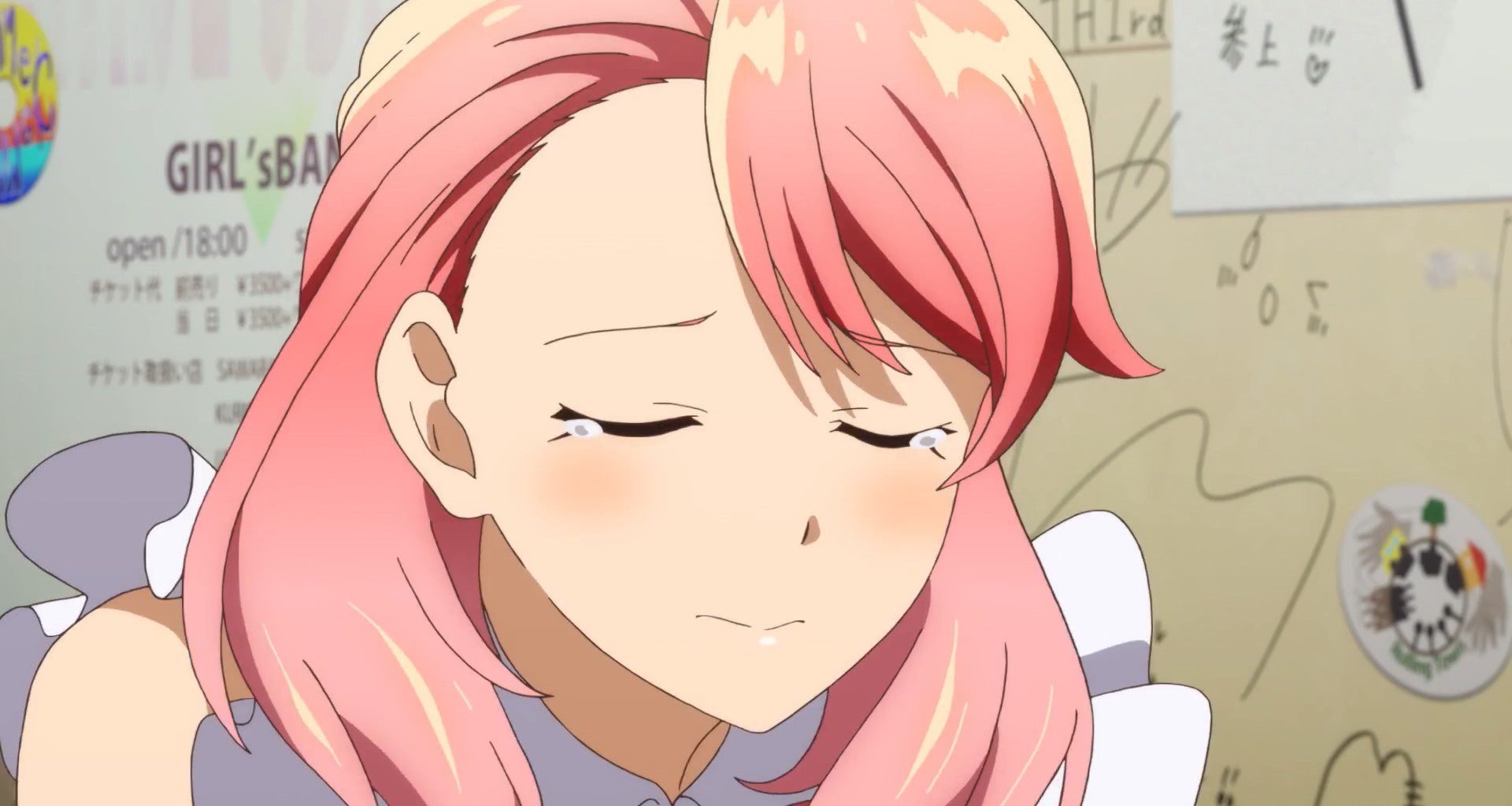 Let’s talk about the release date of Phantom of the Idol Episode 2 which is set to release very soon. The Spring Season has officially ended with it a lot of our favorite anime like Komi Can’t Communicate, Kaguya-Sama: Love Is War and many others came to an end. However, the end of the spring season means the beginning of summer. And fortunately, the summer has brought us a lot of good anime like Rent A Girlfriend and Phantom of the Idol also known as Kami Kuzu Idol.

The anime which focuses on Idols is something anime fans have wanted for a long time because we are at a period where Idols, mainly idols of Korea like BTS, TWICE, and many others, are leading the entertainment industry.

Phantom of the Idol Episode 1 Recap

The first episode of Phantom of the Idol opens with our Japanese Pop duo called Zings on the stage where they are ready to perform. However, Kazuki Yoshino is only interested in keeping the fans lively with their performance, and meanwhile, our main character of the show Youya Niyodo the other member of the duo band Zings has a gloomy face while performing that even fans are scared of him. Later in the dressing room, Zings’ manager gives a scolding to Niyodo and tells him if does not make himself lively on the stage then she will fire him. And as Niyodo is, he tells Yoshino that good luck going solo and he starts to find a new job.

Yoshino begs him to train and rehearse on keeping a smiling face. While being alone, we see that Niyodo has become an idol just for the sake of money. Niyodo is a good-looking guy and he thought that would be enough to make him money and does not want to train harder and he wants to quit. The enters Asahi Mogami, a formal 17-year-old idol who died in a tragic car accident last year. She is surprised to see that Niyodo can see her spirit or if you will, a ghost of Asahi Mogami who wants to perform. 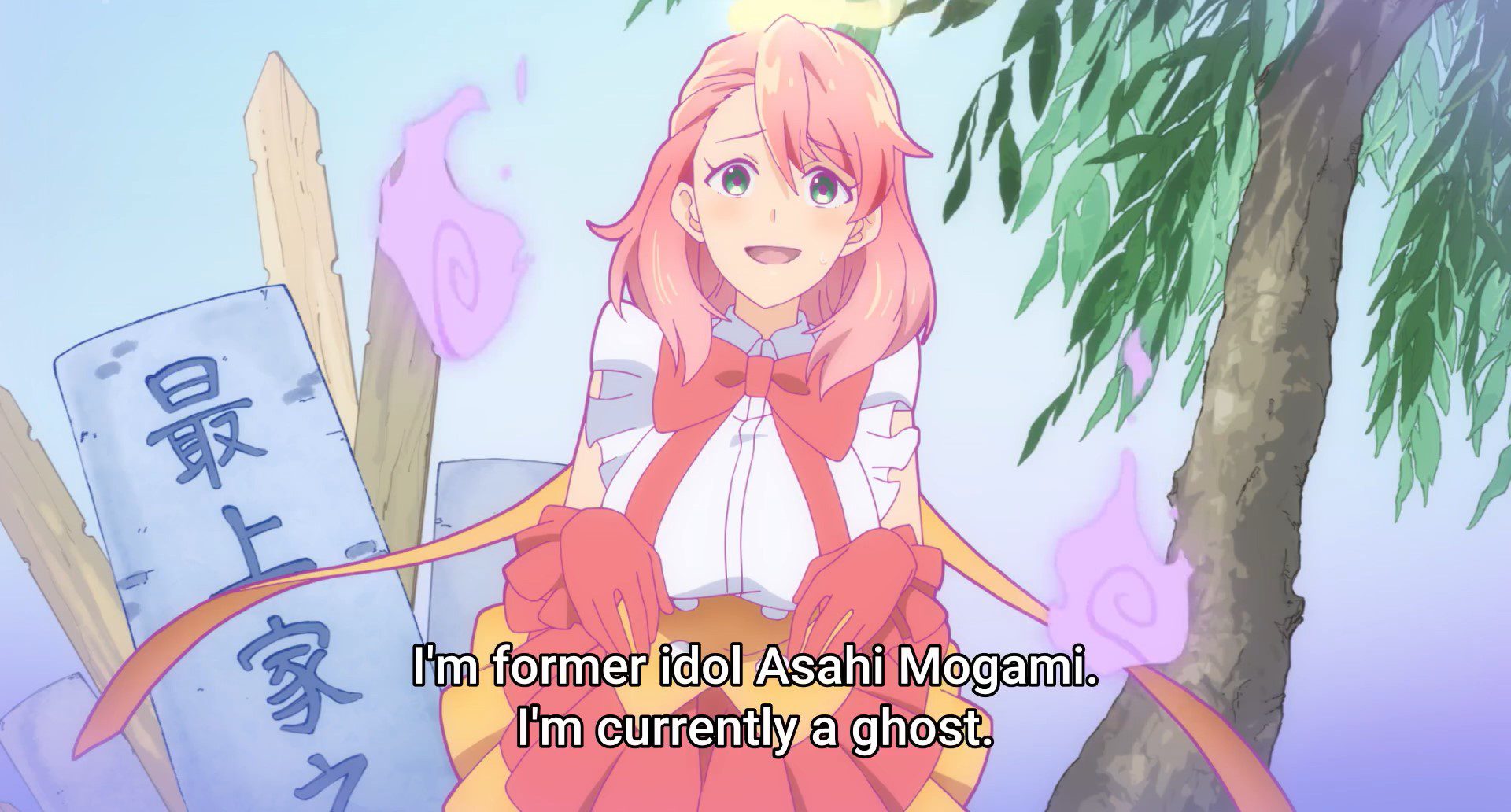 She nags about how even when Niyodo is alive, he does not care about being an Idol and wants to switch places him. Then, Mogami accidentally takes over Niyodo’s body. However, that is only temporary. Niyodo makes a deal with her where she can perform on stage, and Niyodo makes easy money. Then the duo performs, and Niyodo’s personality shocks the fans, and his popularity goes even higher. How long will their deal continue? 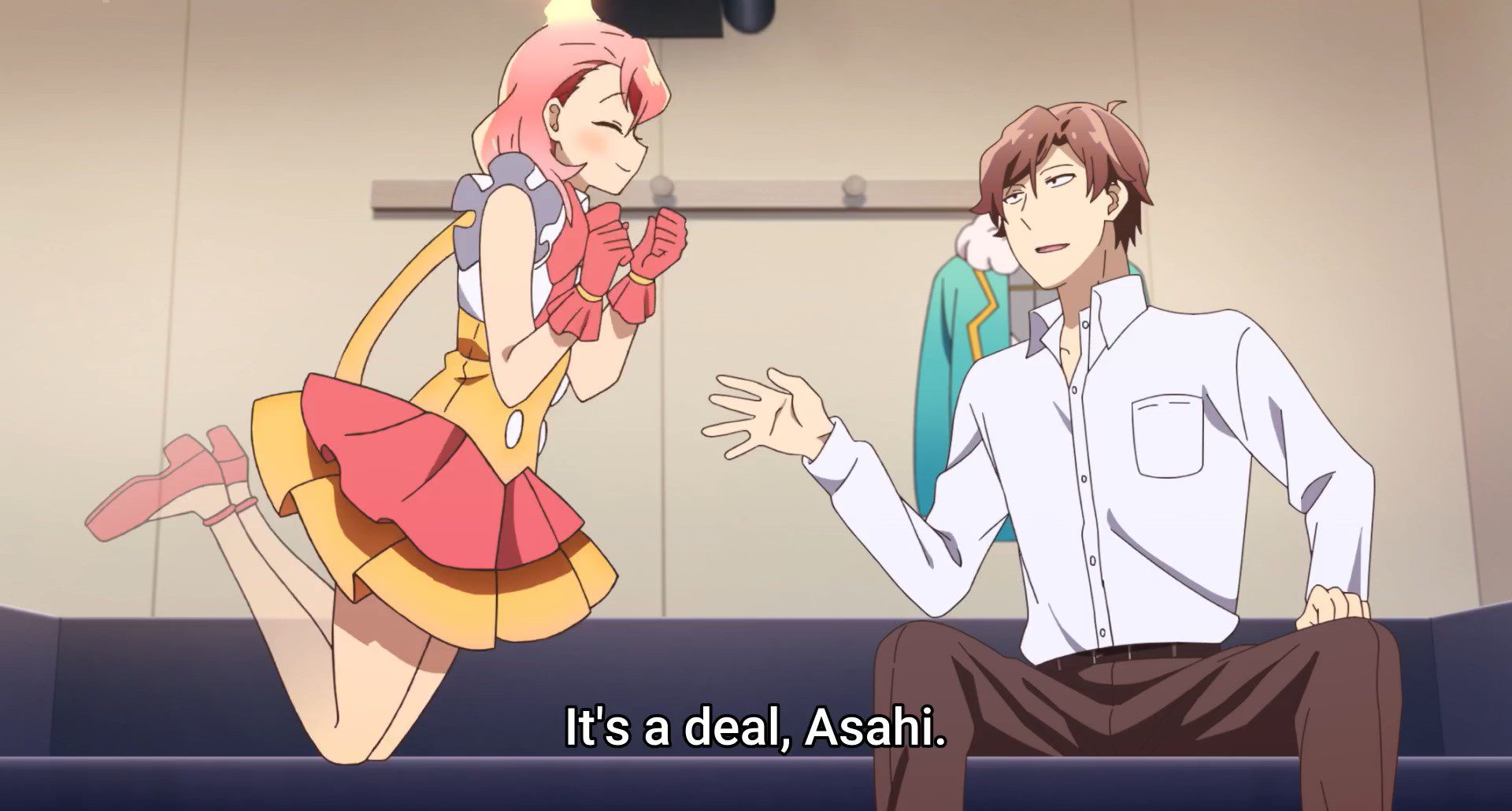 What To Expect in Phantom of the Idol Episode 2?

From the preview for the Phantom of the Idol Episode 2, we can speculate that Asahi will make Niyodo work harder to be an idol. In the Phantom of the Idol Episode 2, we can expect Niyodo to hate training for performance and cry about it. We also saw that Niyodo would perform on the stage while being himself and not Asahi. To which Asahi said that he was himself while he was performing. Asahi states that he will do just fine without her. So is Asahi’s spirit or ghost already leaving? Well, of course not, the anime is just starting, and we will see more of her. 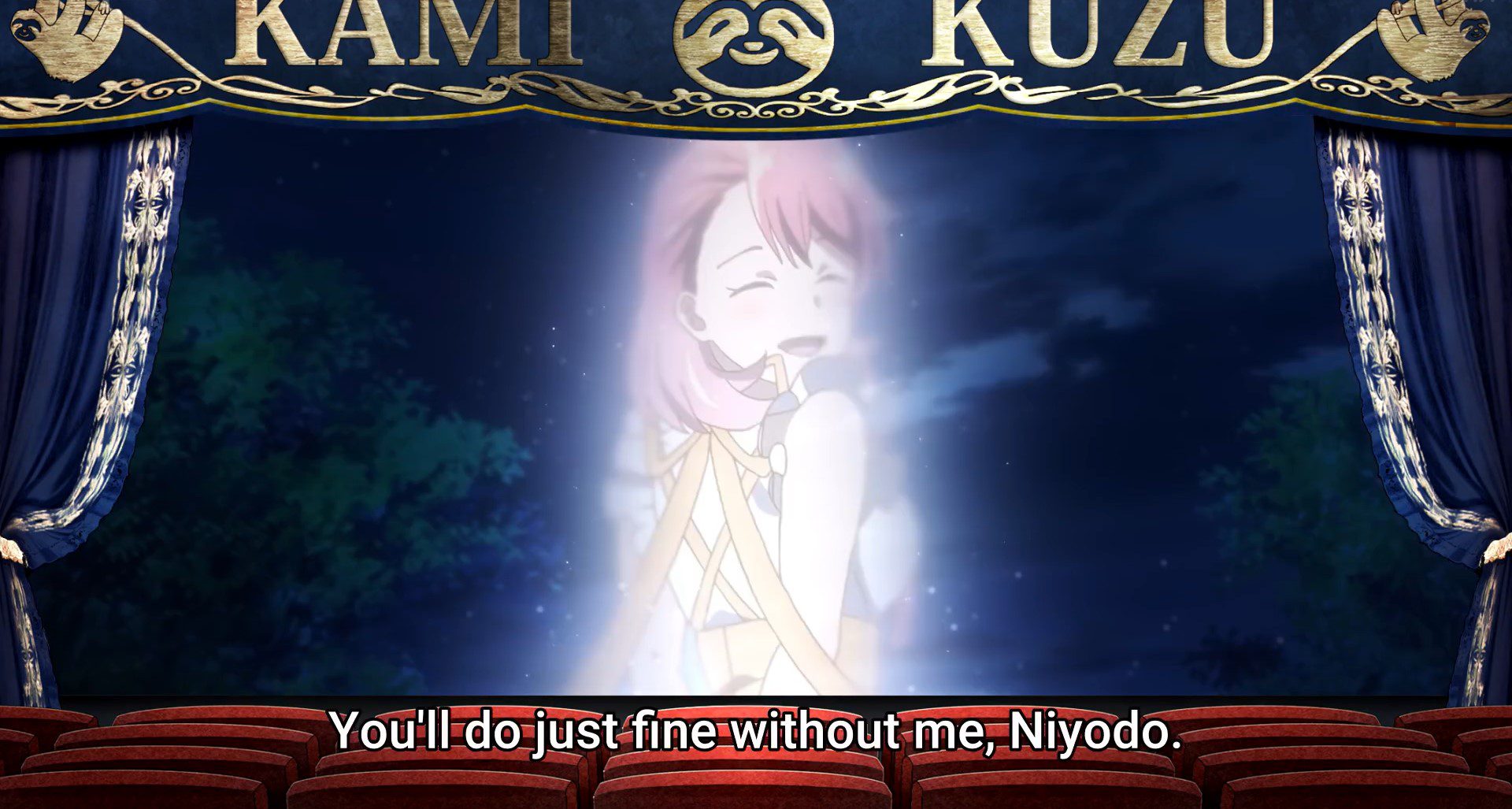 Phantom of the Idol Episode 2 Preview

The latest episodes of Phantom of the Idol will be the first broadcast on different Japanese Local Television Networks, such as  TV Tokyo, BS11, and AT-X. And after a few hours, the new episode will be available to watch on HIDIVE to stream internationally.