Top Most Handsome Male K-Pop Idols According To Survey

With a huge rise within the K-Pop industry, fans are trying to know about the most handsome K-pop Male Idols in 2022. Thus, here we have wrapped that information up for all of you guys. BTS is currently a global phenomenon, with its singer Kim Tae-Hyung or professionally known as V, being named the most searched male K-pop Idol in the world right now. Other members of the group are also named very handsome. They have an entire group of stands that have named themselves Army.

Recently, a survey was conducted among the people of the world to know about who are the top most handsome male k-pop idols working within the industry right now. Results were declared soon after, and obviously, they were not shocking at all. The most handsome male k-pop idol is from the popular boyband BTS itself. Although, the list also contains members from other idol groups such as EXO Kai and others. BTS members Jin has won first place in this survey. Fans are claiming that he is the Visual King and Worldwide Handsome Man.

Till this point in time, Jin has been awarded a variety of titles by fans who love his looks a lot. Well, every coin has two sides, and this one did too. Various claims are made that Jin has won the survey just because of his popularity while working with the Korean boyband BTS. Although, this does not completely disregard the fact that Jin is insanely handsome, even if he is not working in BTS right now.

Other celebrities, too, have acknowledged his looks and claimed him to be very visually appealing. Coming back to our list, let us break down the top most handsome male k-pop idols in the industry right now.

As we already discussed, a survey has led to the claim that Jin from BTS is the most handsome male k-pop idol in the Korean industry right now. His face structure is claimed to be of a perfectly attractive ratio and has the shape of a sculpture. Jin also has a very unique fashion sense which makes him stand out among the group. Given his already perfect features, all of these factors add up to him being a very perfect man.

Back in 2021, Forbes Korea renamed him as Visual King. Despite his physical appearance being top-notch, Jin is also a very talented man. His vocals and dance skills are excellent, and he works really hard on his lyrics. The man is known for being one of the strongest pillars of BTS. Also Read:  10 Kpop Idols Born In September That You Might Know

2. V or Kim Tae-hyung from BTS

Kim Tae-Hyung or professionally known as V, is the second most handsome male in the K-Pop industry right now, as per the survey conducted. As we talked already about in the introduction, BTS has cultivated some of the most handsome Korean men in their group, and V is surely one of them. V is also claimed to have other titles, such as being the most searched male k-pop idol in 2022. V is a handsome man, and his appearance is appreciated by the BTS Army from Korea as well as their followers from outside of the country. While being in an interview, a surgeon described that the facial structures of V are basically perfect. It is because all of his facial features are symmetrical and pleasing to see. 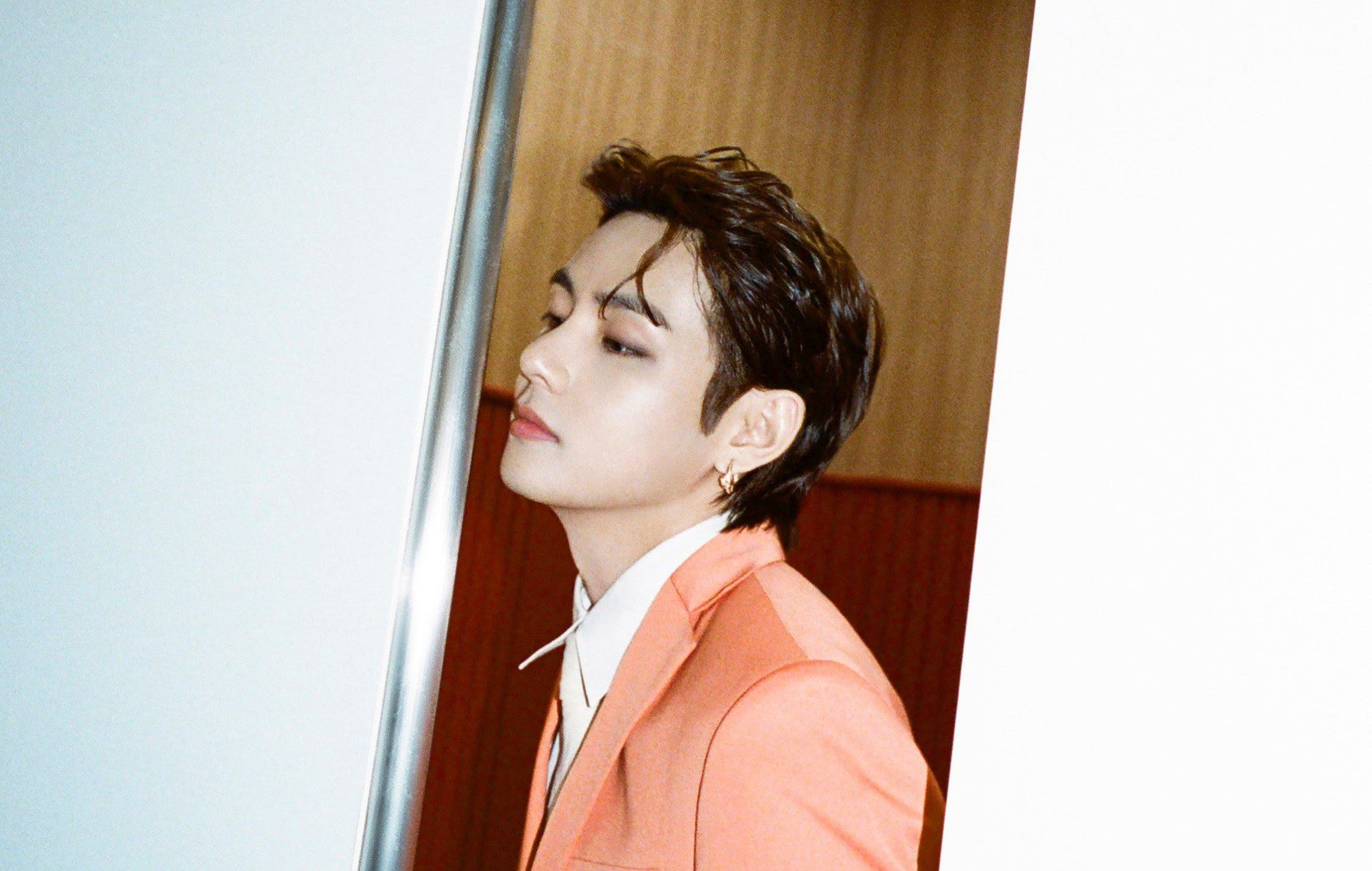 V or Kim Tae-hyung from BTS

After the two most popular BTS Members, the survey ranked EXO Kai as the third most handsome male K-pop Idol. Fans generally call him Walking Art. You would understand this term quite frankly when you see a picture of EXO Kai or a video on which he has worked upon. The man is basically flawless. 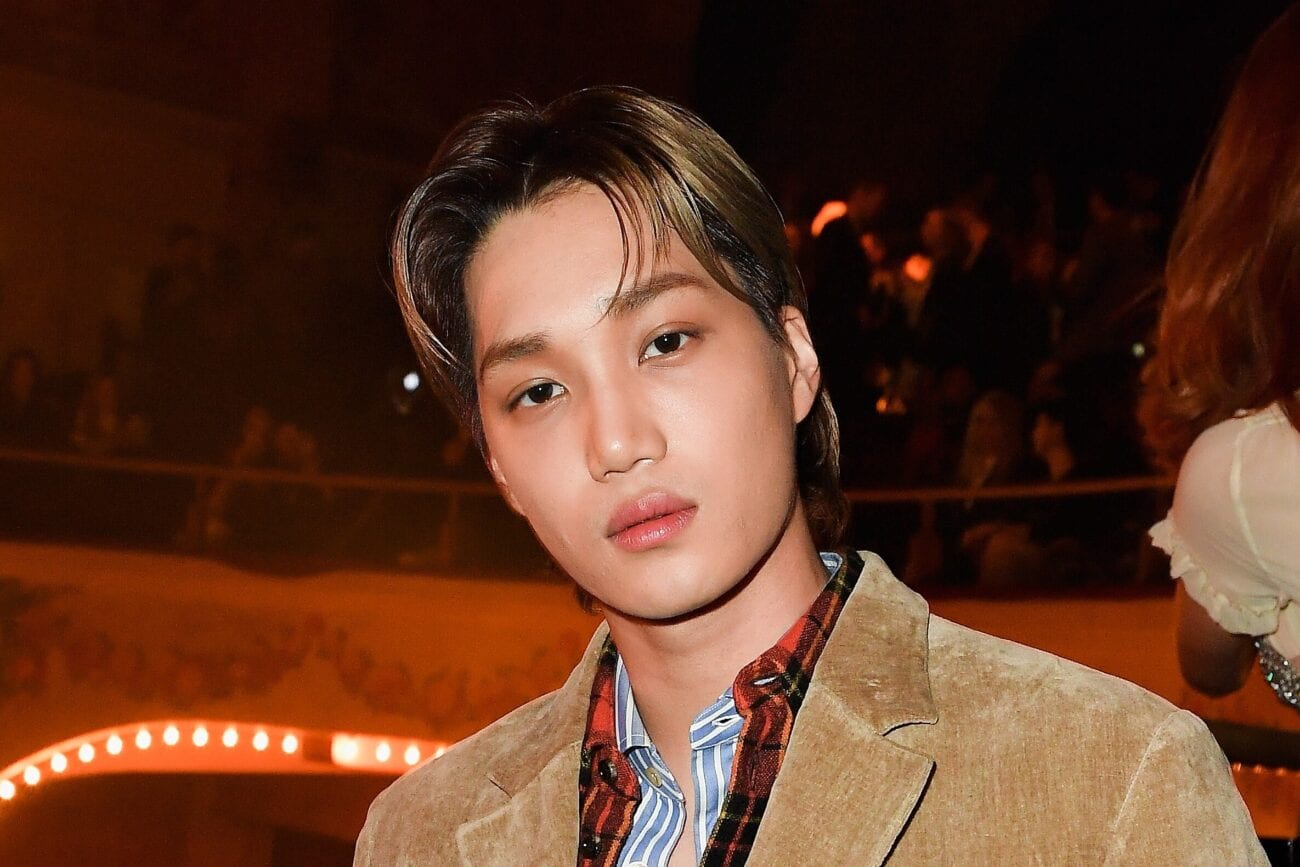 Kai is popularly known for standing up to Korean beauty standards with a bright skin tone that perfectly matches a plump set of lips. Given the fact that he is popular and, on top of that, handsome, Kai was approached by the Italian brand Gucci to be their high-end ambassador.

Baekhyun is ranked fourth in being the most handsome K-pop Male Idol in 2022. He is quite popular among fans for his looks and perfect face structure. Back in 2020, he was named the brand ambassador of luxury brand Burberry. He also became the first solo artist from Korea to be featured in the Harper’s Bazaar Korea October issue. He is currently in the boyband EXO along with other teammates. He has also been spotted in a Korean drama named Moon Lovers: Scarlet Heart Ryeo for the SBS Channel. For his role, the singer received a New Star Award in 2016. Recently, all of his fans were shocked when he was listed in the Korean Military. As of right now, due to some injuries, he is serving as a public service worker.

Hyunjin is a wrapper for the Korean boyband Stray Kids. He is appreciated for his looks, especially the sharp jaw and plump lips. Hyunjin also has a very special Korean Gothic fashion sense which he styles perfectly with a darkened eye. The internet was taken to storm when Hyunjin came live on his social media and revealed that he is allergic to cats. Many of his fans thought that he was a cat person. The singer and rapper were born in South Korea and is an only child. He is claimed to be the visual or the best-looking member of Stray Kids. 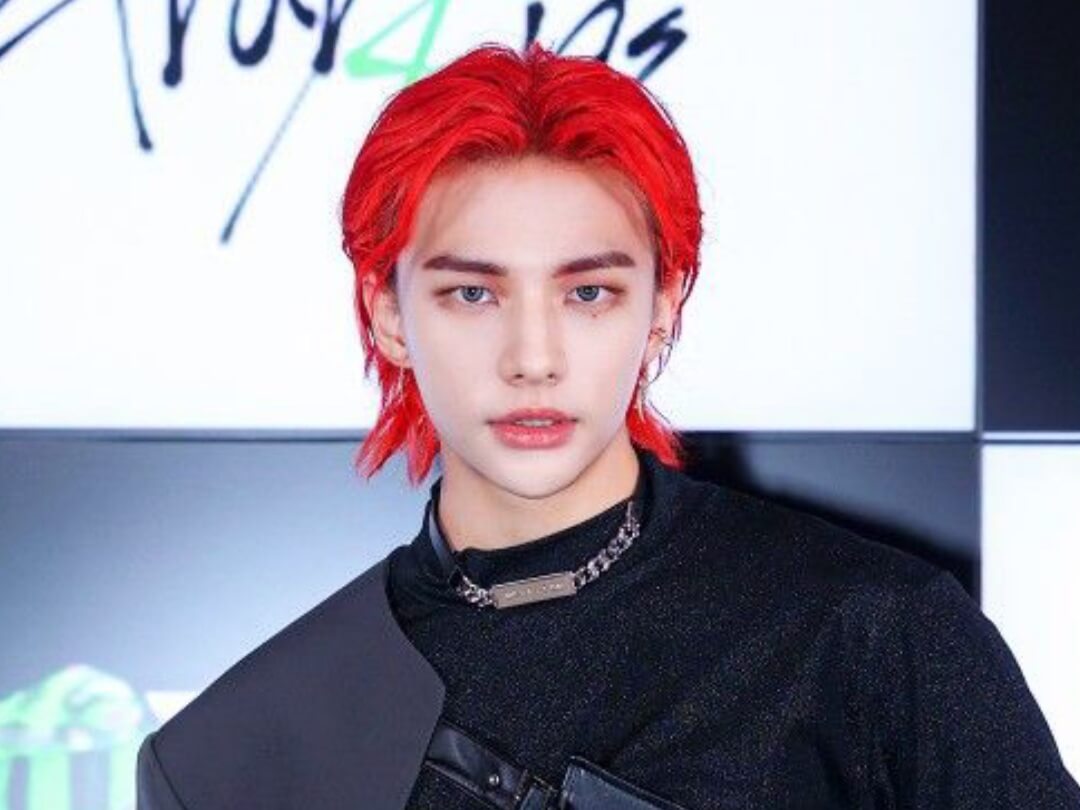 Jungkook is one of the most handsome men in the BTS. He is the vocals of the Korean boy band. Jungkook is the youngest member of BTS. He is also considered the shyest member of BTS. Jungkook often misses out on interviews owing to that. His personal style is minimalistic, although sets him apart from the entire group as well. Typically, the singer likes to wear oversized clothes. He has his favorite pair of jeans, and for footwear, he often is spotted wearing Timberlands. His fashion is casual and comfortable and embodies the Korean street style. One of the brands that Jungkook likes to wear is H&M and Topman. He also likes the streetwear brands such as Off White and Obey. 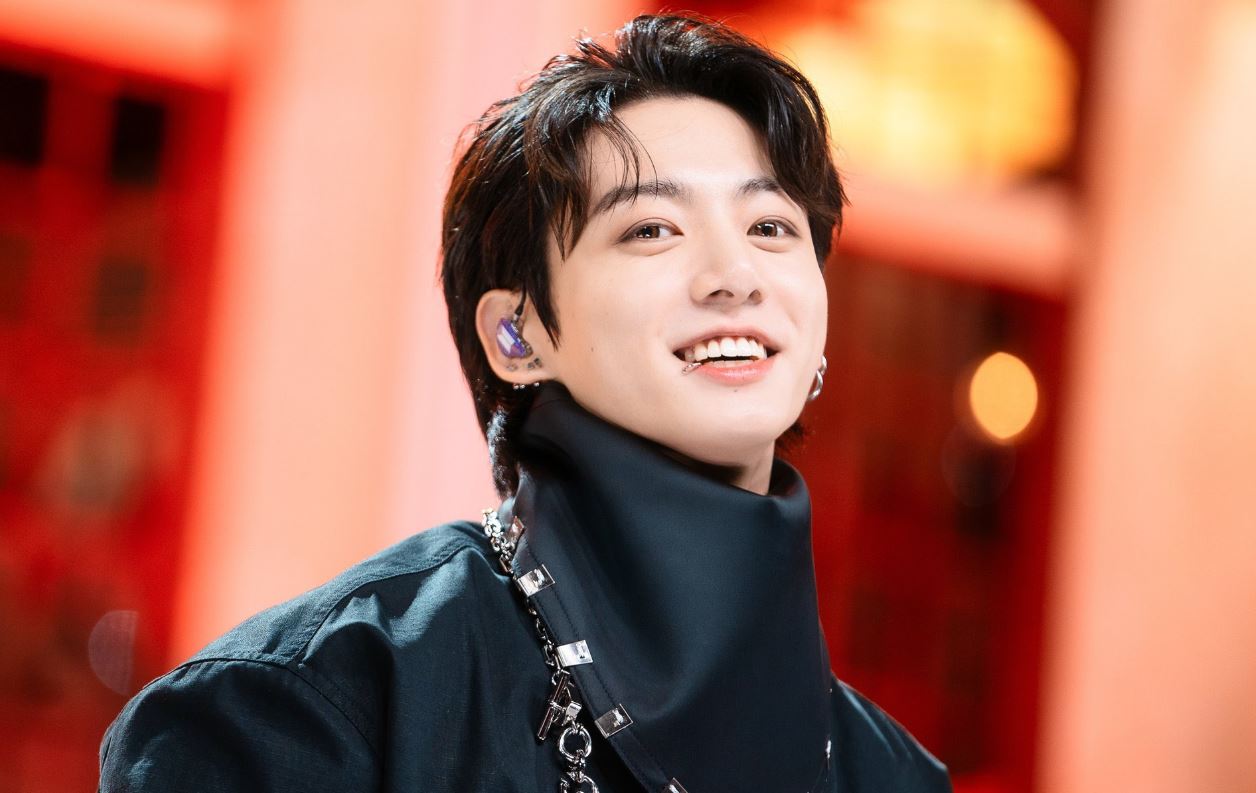 Jake was actually born in Australia but, nevertheless, is a member of the Korean pop boyband ENHYPEN. According to Korean beauty standards, Jake has a very handsome visual. His face is appreciated for the pointed nose that comes along with a perfectly sharp jawline structure. His skin is also excellent according to Korean beauty standards and, thus, is much appreciated all over the world among k-pop fans.

Tae-Min is the most popular among Korean music fans because of his very distinctive personality. He has created a certain charm about himself which is based on his way of dancing and dressing up. On the stage, Tae-Min likes to go over with heavy makeup. He started his career in the boyband back in 2008. Right now, the singer is known as the Idol’s Idol among the fans. Tae-Min is currently serving in the Korean Military as a public service member. He is required to put in 18 months of his time for the same. 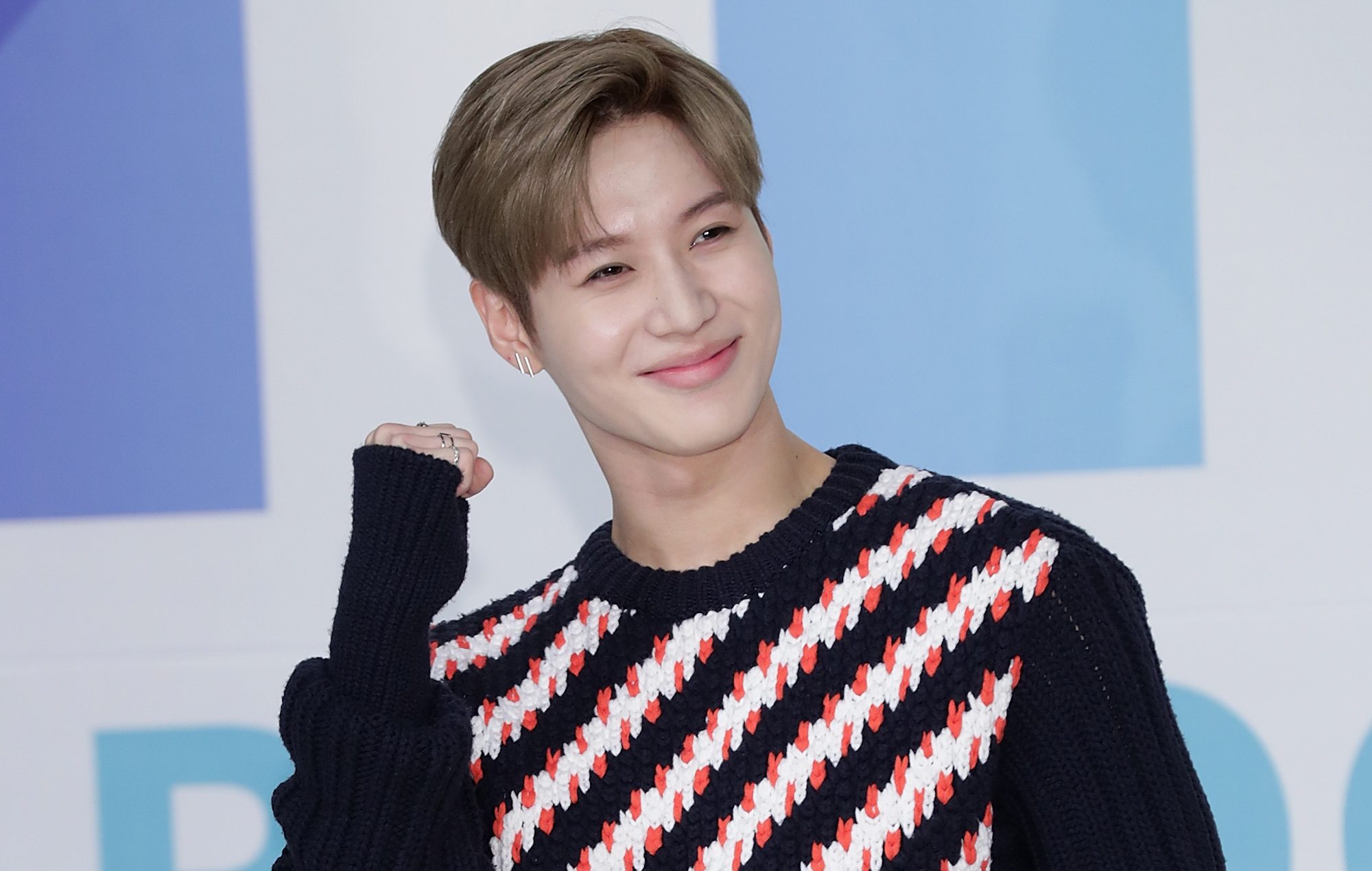 SAN is one of the most handsome K-pop Male idols in 2022 and is ranking at the 9th position. He is in the Korean boyband Areez. He is the lead vocalist of the group. His personality and style set him apart from the entire group, and we can see him excelling in Korean fashion. According to the beauty standards, he is appraised for his perfect face structure and strong jaw. Generally, San likes heavy eye makeup that gives him a bad-boy look.

Also Read: Who Has The Most Toxic Kpop Fandom In The World?