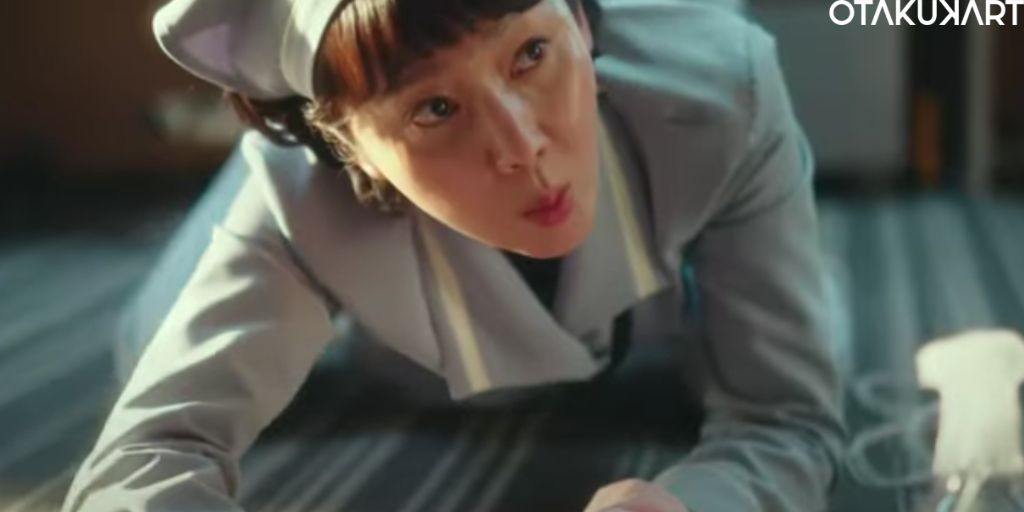 Yum Jung Ah did not fail to intrigue as the new trailer of ‘Cleaning Up’! Yum Jung Ah is best known for her role in the famous and legendary K-drama Sky Castle as Ye Seul’s mother, Han Seo Jin. She had taken some rest after the fame she got from Sky Castle for four years now. Yum Jung Ah had returned to K-dramas recently with a guest role in JTBC’s Snowdrop.

Snowdrop, along with Jisoo, Jung Hae In, and Kim Min Gue, was filled with actors and actresses from Snowdrop such as Kim Hye Yoon and Yoon Se Ah and the writer and director of the K-drama. Yum Jung Ah had played the role of the previous headmistress of Hosu Women’s University, who had mysteriously hung herself to death before leaving the school.

She is officially making a comeback to K-dramas with a remake of the British television series ‘ Cleaning Up’ along with Jeon So Min ( Show Window: The Queen’s house) and Kim Jae Hwa ( Why Her?). The show follows the lives of three cleaners who end up with a piece of confidential information. This information is about insider trading. After finding out about this, they start thinking about changing their lives forever! The exciting trailer gives us a look into the life of the character of Yum Jung Ah.

Yum Jung Ah plays the role of Eo Young Mi in ‘Cleaning Up’, who is struggling to pay up all of her debt. Her morning starts with meeting Oh Dong Joo. Who is Oh Dong Joo exactly? Oh Dong Joo is a dangerous private loan shark who comes by Eo Young Mi’s house practically every day to threaten her to pay up her money.

In the trailer, we can see him trying to break into her house by hitting the door with a baseball bat while Eo Young Mi has crawled up herself in her kitchen.  The next shots show Eo Young Mi working day and night cleaning an office. And when she ends up with the information, she can not hide her joy.

She tells her fellow worker Ahn In Kyung, Jeon So Min’s character who wants to own a moving café with a food truck by saving her won money, that their days are finally looking up. But this does not mean that she, Ahn In Kyung, and Meong Soo Ja, Kim Jae Hwa’s character, can befriend anyone with her charms and have peacefully made up. Yum Jung Ah portrays Eo Young Mi’s desire by fighting off the other two women from time to time in the new trailer of Cleaning Up. She can be seen pulling Ahn In Kyung’s hair in the trailer, causing her to shriek with pain!

Who Is The Cleaning Up Character Of Yum Jung Ah?

Yum Jung Ah plays the role of a character who has recently struck her luck Eo Young Mi. Eo Young mi is the caring mother of two daughters. By the looks of the trailer, she wants to finally live a life of luxury. She wants her daughter’s too, but anything they want without caring about money. But Eo Young Mi can come across as greedy sometimes too.

Her getting into fights with co-workers Ahn In Kyung and Meong Soo Ja after money prior to hearing the trading secret are just examples of how greedy she can be able to finally end her hard and draining life. Who would not want to live a life without loan sharks knocking at your day everyday tough? She herself said that she is not afraid of stealing and could go to more lengths to achieve what she wants.

‘Cleaning Up’ is a K-drama directed by Yoon Sung Shik, who is responsible for directing some of our favorite K-dramas such as Mr. Queen, The Tower Of Babel, The Bridal Mask, and Hwarang. The writer of the k-drama has only worked on the K-drama Return. Looking at the cast and crew of Cleaning Up we are sure that it will be really fun to watch!