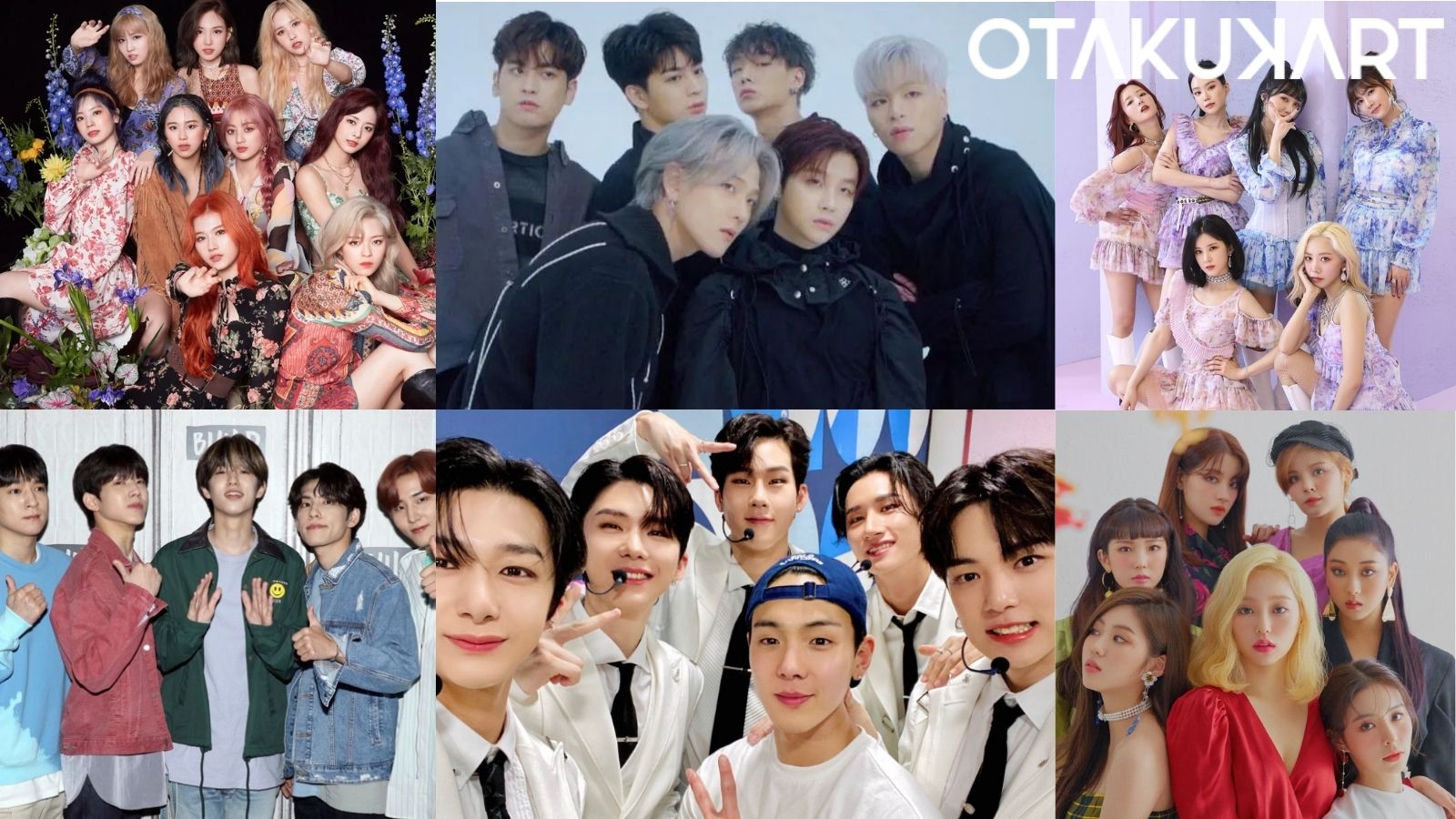 The Kpop world is complex. From Kpop idols becoming trainees at a young age to finally debuting in front of millions, the life of Kpop idols is no joke. Most of these Kpop idols sign contracts with their management labels at the time of their debut. In 2022, many of these Kpop groups’ contracts are ending. But, the critical question is, will they disband? or renew their contract.

From TWICE to MONSTA X, many popular Kpop groups will reach the deadline for their recent active contracts with their labels. However, fans are curious to know if it will be the end of the line? A debate on who will disband and continue their contracts is a big question.

Luckily, agencies and Kpop groups have shared their decisions on the contract renewal setting. Hence, further are all the details on Kpop groups ending in 2022.

Kpop group contracts do not entirely mean the end of the entire line. Most times, certain group members leave the agency while continuing their activities as a group members.

Every year, the Kpop world births fantastic debuts. But, on the other hand, we bid farewell to some of the most remarkable groups. The events follow every year, with Kpop groups ending their contracts.

So, who all will walk into the new era? Here are all the details on the Kpop group contracts ending in 2022.

The nine-member Kpop girl group, which debuted in 2015, recently grabbed the attention of the western market. TWICE, formed through a Kpop survival show, is called the “Nation’s Girl Group” for its charming visuals and top-class vocals. Undoubtedly, they have been South Korea’s number 1 girl group since their debut. But, their 7-year tie-up contract with JYP Entertainment is ending in 2022.

Last year, the group released their first English track, The Feels, earning their first Billboard Hot 100 entry at number 83. The expansion into the western market is likely why fans believe TWICE will renew their contract. Plus, their Western growth and chart-leading era had just begun. Kpop fans would love to see them breaking more records in the future. 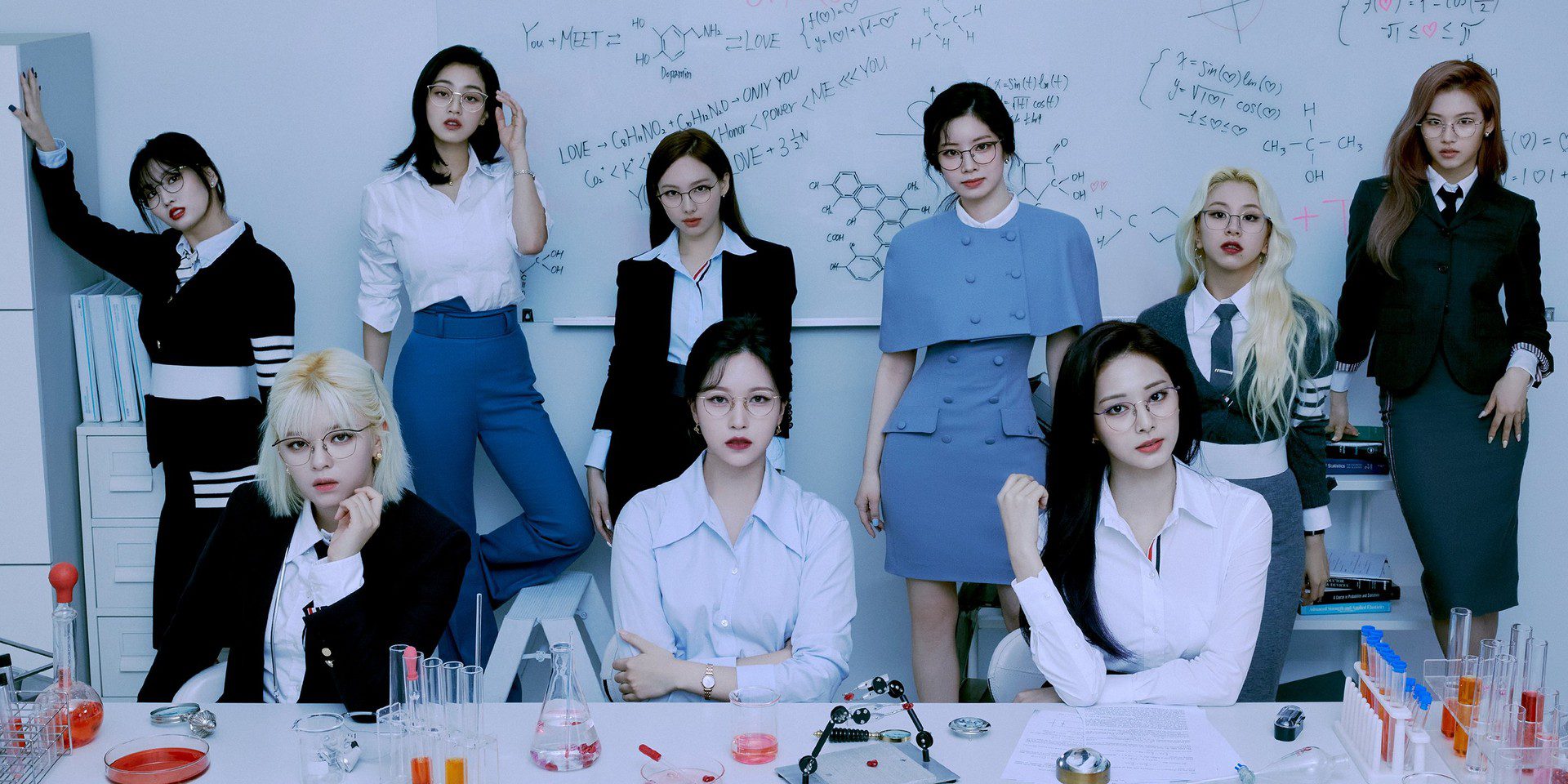 Although the renewals are likely, fans are also worried about Mina and Jongyeon. The two members of TWICE have struggled with their mental health in the past. Both the vocalists have been on multiple hiatuses over the years. In particular, Jongyeon has been suffering from panic and anxiety disorders. These factors scare the fans, and they might not be able to see the two artists with JYP next year.

Also Read: Who are the Member of TWICE Dating? Will Love Blossom In Their Lives?

Like TWICE, MONSTA X was also formed through a Kpop survival show organized by Starship Entertainment. Also, the six-member boy group debuted in 2015 with a blast. MONSTA X’s leader, Shownu, is currently performing his mandatory military service. However, that doesn’t stop MONSTA X from making music and receiving attention from the fans. 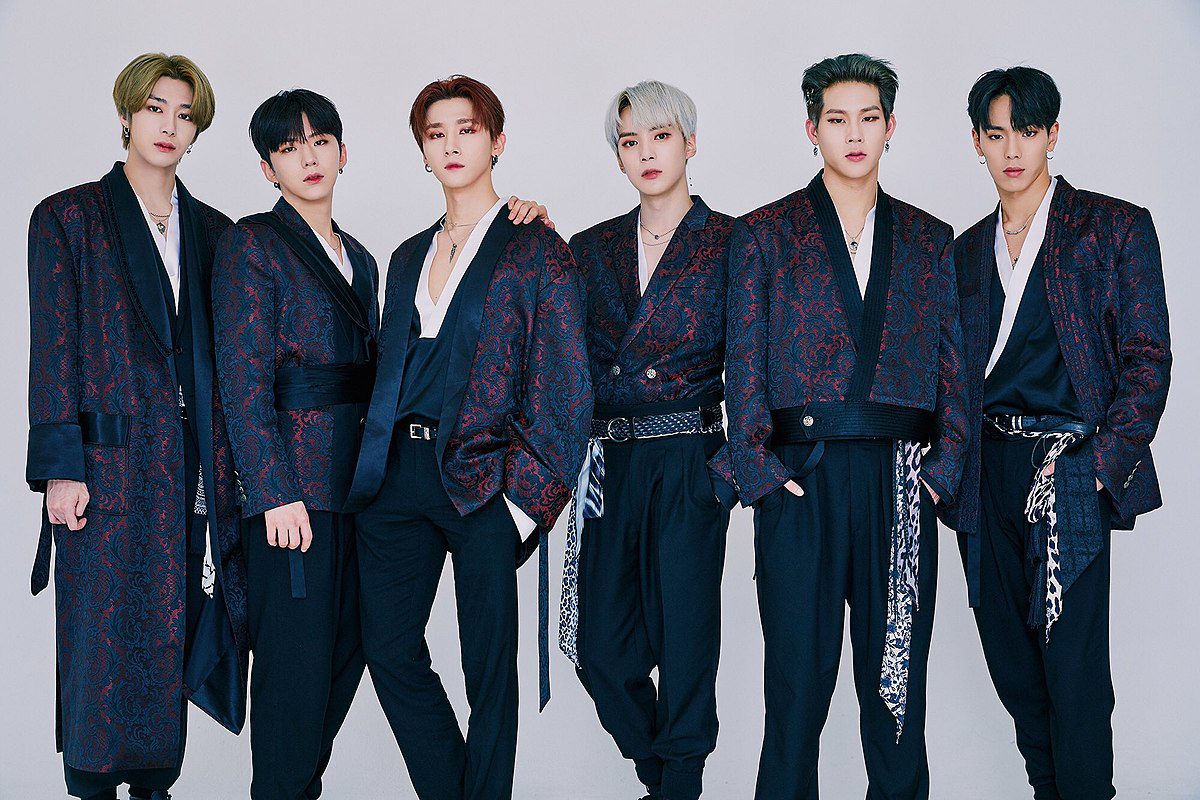 The Kpop boy group recently released their second English-language album, “The Dreaming.” MONSTA X is spreading their popularity through music both in its home nation and internationally. The group is busy promoting their fresh releases and music. Hence, there’s a high chance that MONSTA X will also renew their contracts in 2022. As of now, no official statement has been shared by Starship regarding MONSTA X’s group contract.

Shownu, Minhyuk, Kihyun, Hyungwon, Joohoney, and I.M are the active members of the boy group.

DAY6 is another JYP Entertainment Kpop group whose contract is ending in 2022. The rock group from the label came into existence in September 2015, with five members. Jae left the group in December 2021 due to a Kpop controversy, and DAY6 now has four active members.

Ever since DAY6’s debut, the group has released multiple hit tracks. However, their last project as an entire group happened in April 2021. All the members are active as soloists and release new music through their subunits. But, word on their contracts and their renewal is still absent from the market. 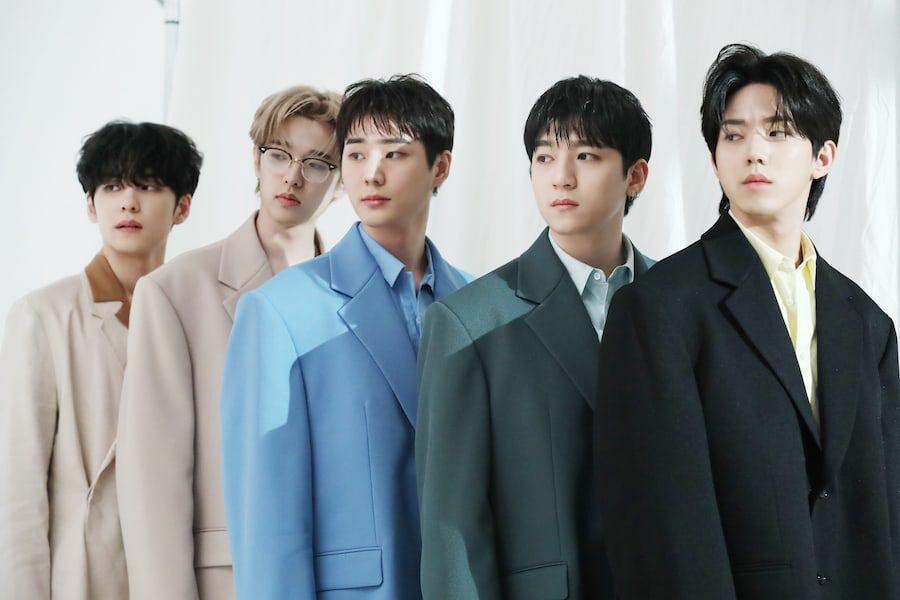 Two members -Sungjin and Young K- are currently serving in the Military as a part of the mandatory Military service. Dowoon, the youngest, will enlist on 17 January. Lastly, Wonpil, the remaining member, is said to enlist with Dowoon in January. He recently turned 28, the maximum age for South Korean men to enlist. Hence, fans believe that Wonpil and Dowoon will join the Military together. This leaves the group unattended.

Jae has already ended his contract. And, without a word on the renewal of their contracts, DAY6’s future as a group is uncertain at the moment.

CLC made its debut in March 2015, under Cube Entertainment, with seven members. Although having super talented members, the Kpop girl group has had a bumpy career since its birth. CLC’s seven-year contract with Cube Entertainment ends in 2022, and fans are sure that the girl group will disband. CLC fans were previously outraged after Yujin shared that CLC will no longer continue group activities.

CLC made its comeback as a whole group in September 2020. Since then, the girl group has been absent. Also, two members- Elkie and Sorn- left the group since then. Fans started doubting the future of CLC after Yujin decided to participate in the Kpop survival show, Girls Planet 999. This brought more attention to CLC. Yujin ended up with 3rd spot and has already debuted with the winning line-up as Kep1er. She is also the leader of Kep1er. 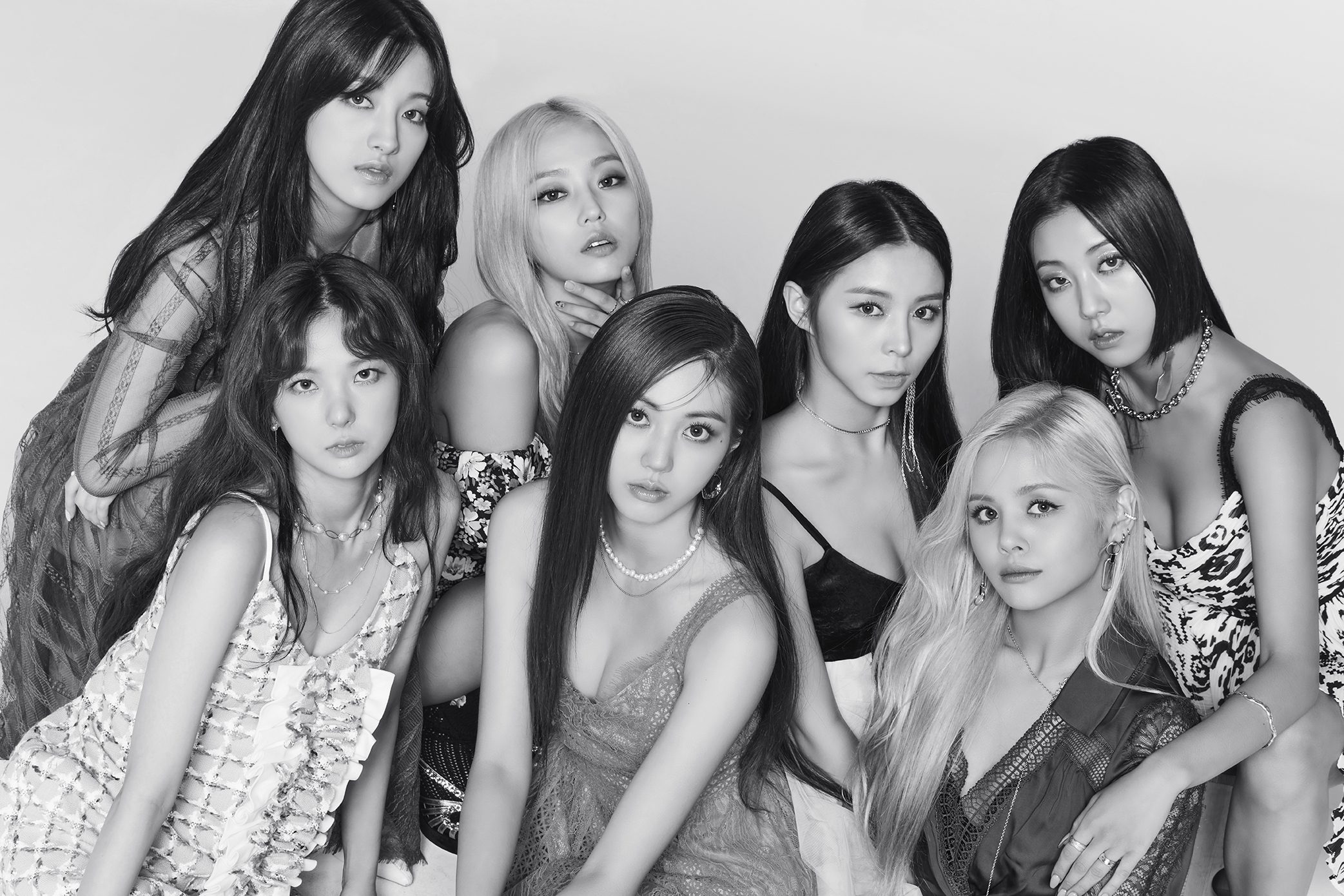 After Yujin’s statement, Cube Entertainment did not share any official word on CLC’s future. Thus, many believe CLC will expire their contracts in 2022 and part from Cube for good. CLC stands for Crystal CLear and initially comprises seven members- Seunghee, Elkie, Sorn, Yujin, Seungyeon, Yeeun, Eunbin.

YG Entertainment’s iKon is another one on the list of Kpop groups contracts ending in 2022. The boy group was also formed through a Kpop survival group, Mix & Match. After debuting in September 2021, iKon has released popular and hit music and has received immense love from fans in the country.

The group dropped a new digital single in March 2021. The following month, iKon participated in a competition show, Kingdom: Legendary War. However, ever since, they have been mum as a group. 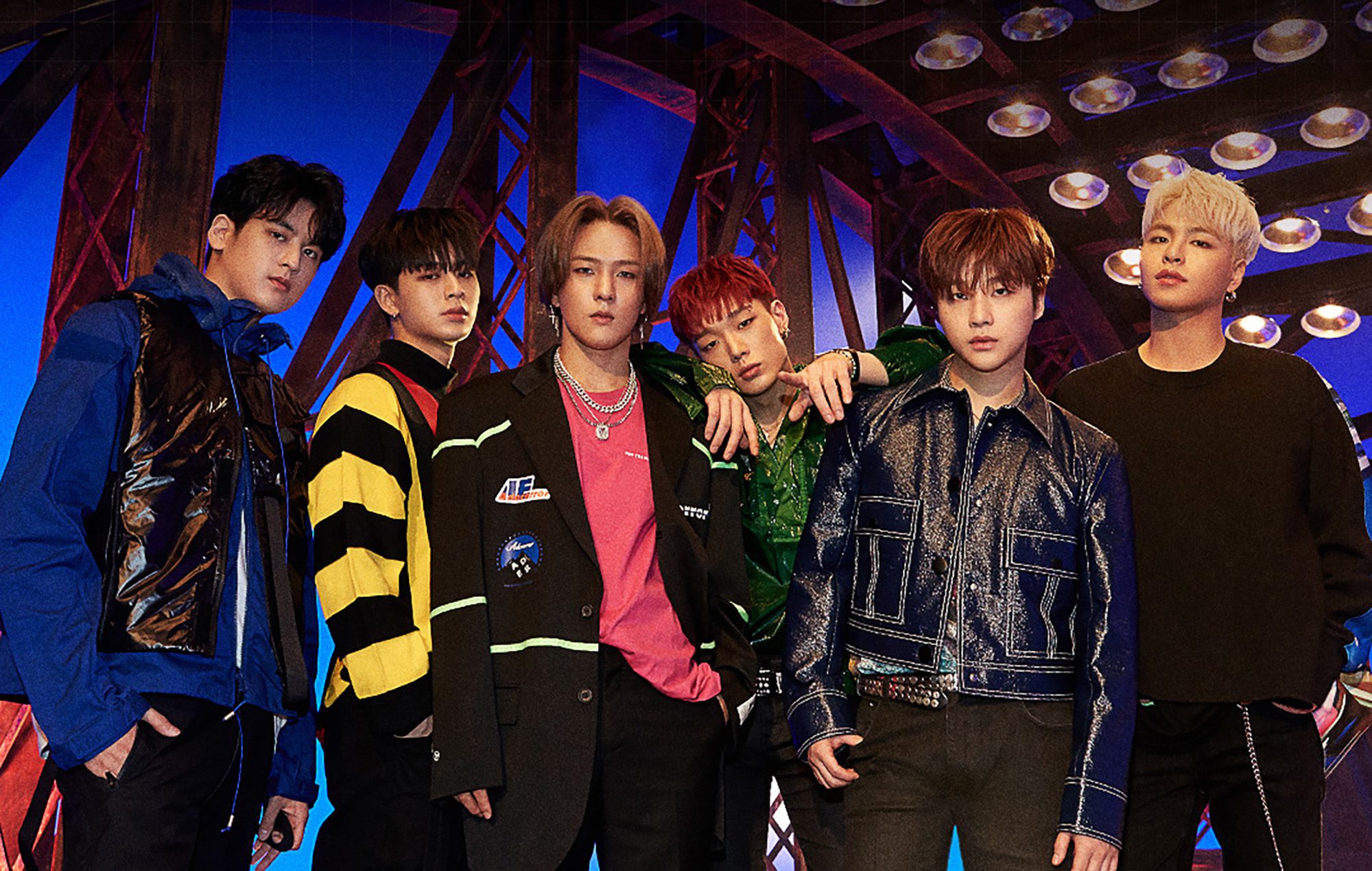 In August 2021, iKon member and rapper Bobby announced marriage plans and fatherhood. Bobby welcomed a baby boy in September. And, that’s the last fans heard of anything from iKon and its members. There has been no word on iKon’s contract renewal with YG Entertainment. With no commitments and future projects on the table, iKon fans are worried about seeing the group disband ahead of their contract expiring this year.

DSP Media’s Kpop girl group, April’s contract is also expiring in 2022. The six-member girl group debuted in August 2015 and dropped a lot of hit songs. However, after their last comeback in July 2020, April was surrounded by many controversies and has been astray from music production. Keeping aside the disputes, member Naeun held her position as the MC of Inkigayo until February 2021.

Things went downhill for April after member Hyunjoo claimed that she was leaving the group after getting bullied by the other group members. Naeun was even dropped out of the drama Taxi Driver due to the bullying accusations. Both the girls and DSP Media denied the accusation. Nevertheless, April earned severe backlash online and from the Netizens, resulting in them being under the radar. The group and members lost deals and endorsement projects as well. 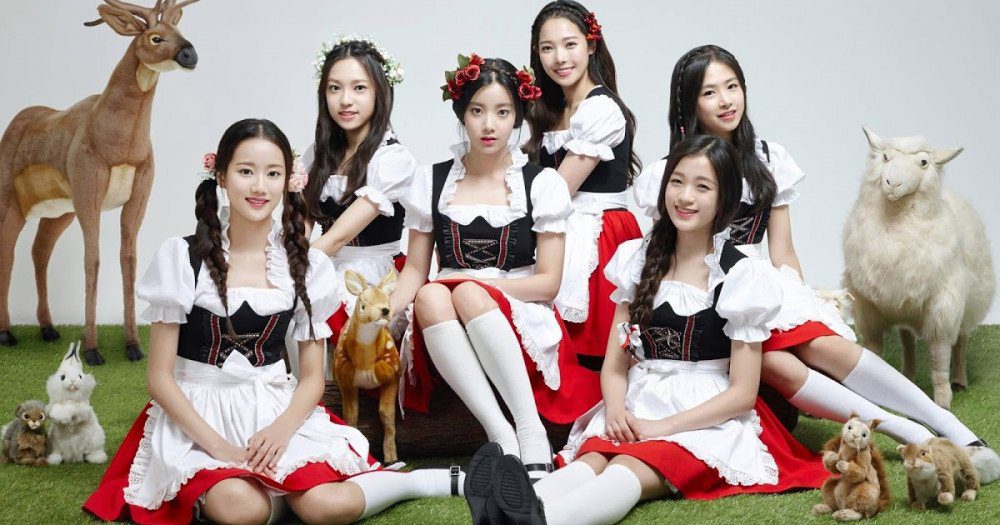 According to several reports, Naeun was previously accused of bullying in school, bringing more hate to the group. She has, however, apologized publically. Anyway, the future of April is uncertain, and fans believe that the girl group will most likely disband or part ways from DSP Media. April included Chaekyung, Chaewon, Naeun, Yena, Rachel, and Jinsol.

These were the Kpop groups who might be ending their contracts in 2022 or choose to extend them. As soon as the world will be out, we’d share the news with you.