Many fans must be wondering which TWICE members are dating currently! Celebrities dating life always become the center of attention, especially kpop girl or boy group members. And TWICE is one of them! The nine-member group ‘TWICE’ has been receiving fans’ love and adoration from all over the world. However, many must be questioning if they have anyone special. It is no secret that Park Jin Young, the founder of JYPE, had opened about TWICE members’ dating condition that the girls were not allowed to date for three years after their debut! Now we have passed those forbidden three years. However, has love blossomed in TWICE members’ lives?

The South Korean kpop group ‘TWICE’ consists of nine members, Chaeyoung, Dahyun, Jeongyeon, Jihyo, Mina, Momo, Nayeon, Sana, and Tzuyu. The group was formed through Sixteen (survival television program) and debuted with Ep ‘The Story Begins’ on 20 October 2015. Since then, their lives have been under the spotlight for 24 hours. Fans want to know every little thing about TWICE. Also, dating is one of the biggest curiosities many fans hold. Of course, after the dating ban period ends, some members of TWICE publically announced their sweet relationship. Some may have dated secretly while others are still waiting for their special someone!

Also Read: One Date Of TWICE’s Seoul Concerts Cancels But The Other Plans Continues -JYPE

TWICE Dating – 2021: Who Are The Members Dating Currently?

As of 2021, no one from the TWICE group is dating, or at least no official statement has been given from JYPE about TWICE members’ dating rumors. There have been many incidents that have grown fans’ curiosity about the members’ dating lives. All nine members have been part of dating buzzes at some point. It is not a new thing. After all, seeing two beautiful, charming idols together can skip anyone’s heart! Except for Momo and Jihyo, all the remaining members were the center of dating rumors. So let’s take a look at with whom they were rumored to be dating or had dated.

Jeongyeon was rumored to be dating BTS Jimin, which obviously turned out as false stories. Besides, she has been pretty vocal about her relationship status that she has been single since middle school. The last time someone made her heart skip was in middle school! Although TWICE’s Jeongyeon is single, she wishes for someone funny and who makes her comfortable.

Before her debut, Momo had not dated anymore. After TWICE’s debut, Momo came under the limelight for rumored to be dating Super Junior‘s Kim Hee Chul in August 2019. However, at that time, both companies denied the rumors. In January 2020, once again, the Momo and Hee Chul’s dating buzz sparked, and this time, both Label SJ and JYPE confirmed their dating! The couple dated for more than a year, and sadly due to busy schedules, Momo and Hee Chul broke up in July 2021. Momo had once talked about not being able to convey her feelings fully. Thus, she wishes her future boyfriend to be someone who expresses more. 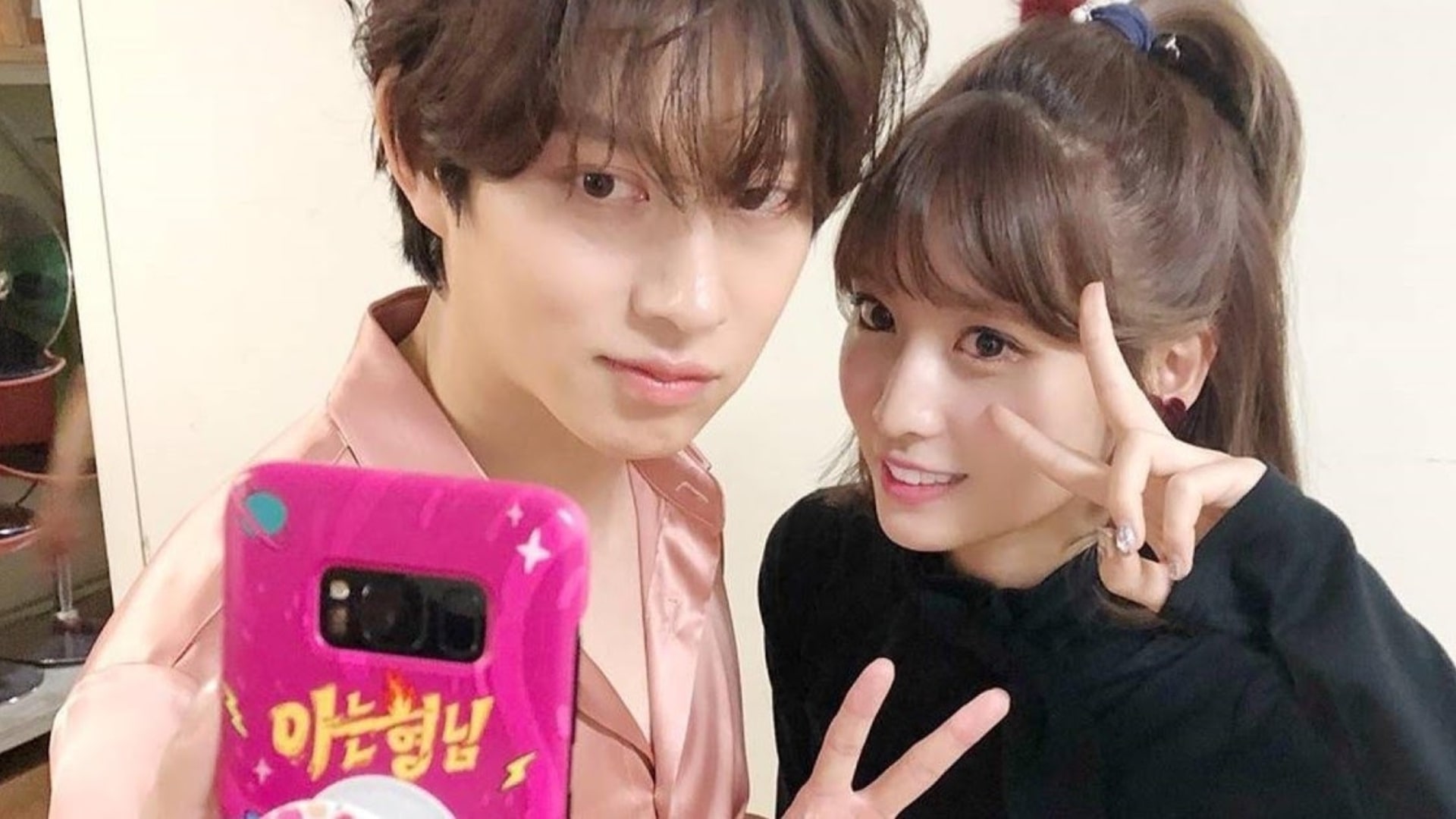 TWICE’s member Dahyun was rumored to be dating ASTRO’s Cha Eun Woo. However, both companies never confirmed their dating, turning the rumors into false realities. Like many girls, Dahyun wants a trustworthy boyfriend, like her father. Also, someone is respectful, nice to her parents, and loves her dearly! Such a sweet and simple ideal type she has!

At one point, TWICE’s Nayeon was the center of dating buzzes with BTS Jungkook. However, they never turned into realities. Besides, she has not been in a relationship. Although she does not have any particular ideal type, Nayeon hopes for someone dependable and good with machines since she is not good with them.

Also Read: Male Kpop Idols Born in December That You Should Know

TWICE’s Mina was once entangled in dating rumors with GOT7‘s Bambam, but they never confirmed their relationship, which ended the whispers. Sweet Mina wants her future boyfriend to be polite, kind yet, playful! Also, she wants him to lead her life and make decisions during her rough time.

The maknae of TWICE, Tzuyu, has never been in a relationship, even before her debut. It is understandable since she debuted at the young age of 16. At some time, rumors were circulated about dating sparks between Tzuyu and BTS V. However, those did not even last longer since there was nothing between them. Tzuyu’s ideal type is someone who loves her more than she does and also who would be nice to her parents, TWICE members, and their fans.

The bubbling member of TWICE Jihyo wants someone easy-going with a big heart. She admires Signal’s star Cho Jin Woong, who appears reliable and at the same time charming in her eyes. Around August 2019, TWICE’s Jihyo was rumored to be dating Kang Daniel, and shortly after, the couple confirmed their relationship. After their dating news broke out, Jihyo and Daniel topped Twitter’s trending list, and many fans even represented them as a ‘Power Couple.’ Sadly, in November 2020, Jihyo and Daniel separated because of their busy schedules, ending their year-long relationship. 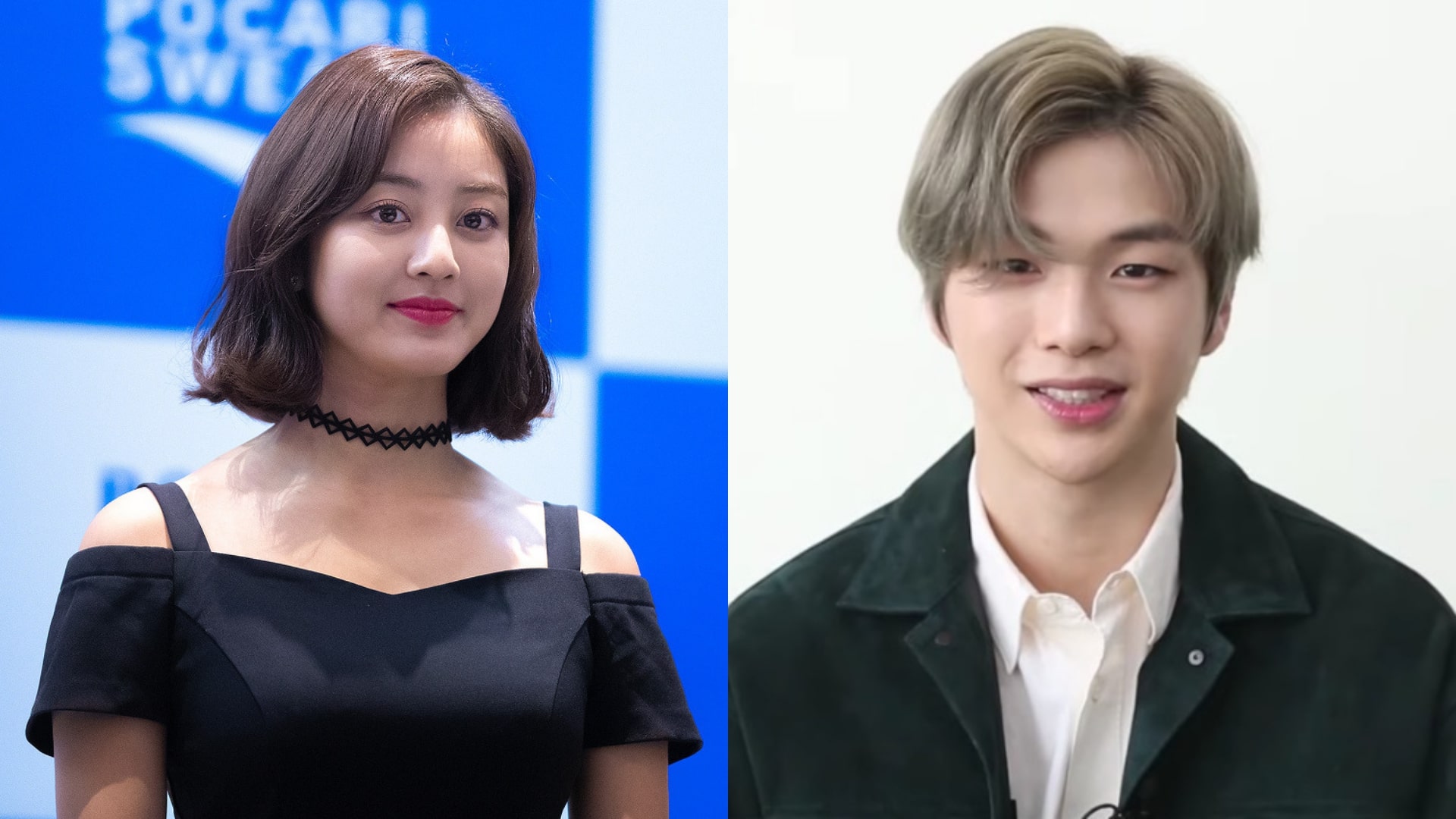 TWICE’s Chaeyoung dating history does not have anything except rumor being in a relationship with a tattoo artist. She also dreams of meeting her beloved future boyfriend. Chaeyoung wishes for someone who loves her, looks after her, and also be fashionable just like her! She once had joked that since for three years they were not allowed to date, she hoped her future boyfriend appear about four years later. Hopefully, she meets her charming man soon!

Another TWICE member caught in dating rumors was Sana. She was linked with EXO’s Suho. However, like the other rumors, there was nothing between the two. During a variety show’s shooting, her talk led to the sparks that she might have gone on the dates, but JYPE never confirmed those gossips. Like the other members, TWICE’s Sana wants to date someone who would cheer up for her career, take care of her, and be good to her parents.