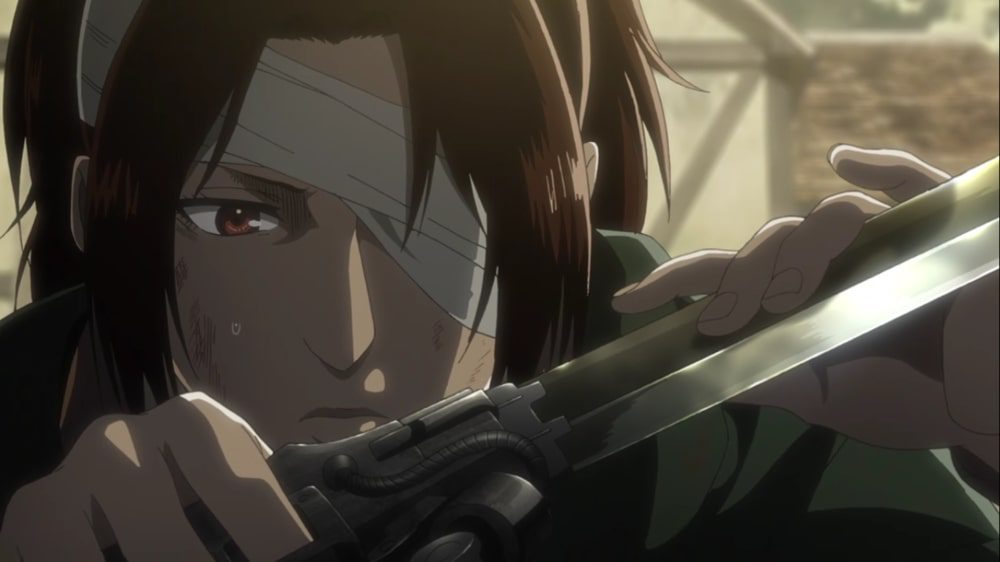 Attack on Titan has always been a series full of despair and is infamous for showing the most tragic deaths to its main characters. Right from the very first episode, heartbreaking deaths were one of the main content of this show, and even important personalities like Erwin and Sasha weren’t safe in the gruesome storyline of Attack on Titan.

Hange Zoe, the fourteenth commander of Survey Corps, is no exception either. From retaking of Wall Maria to the Yeagerist revolution, Hange was always inches away from death. There were episodes where we feared that Hange might turn out to be another disposable character, but each time our gallant commander managed to return from the brink of death. However, I doubt how long she can survive like this since the second battle between Marley and Paradis is about to break out, and it seems that she can’t align with either of the two sides, at least not with Eren and his ridiculous plan of mass murder.

Will Hange Zoe live long enough to see a free world just like the one Erwin dreamt? Or will she sacrifice herself to pave the way for the next generation of warriors to survive? We have brought you everything about the ending story of Hange Zoe, and before we begin, let me just warn you that the article will be full of spoilers from the manga.

Eren’s plan of freeing Paradis was so insane that Hange had no other choice but to turn against her comrades. He wanted to wipe out the entire world with his army of Colossal Titans to free Paradis from hatred in the years to come. Now, wiping out the world certainly means millions of deaths and centuries of scientific advancement lost permanently into the ashes. That’s something a science lover like Hange can never accept in her right mind. So, she brought together all the titan shifters irrespective of their nationality and teamed up with Magath’s army of Marleyan soldiers to accomplish the impossible mission of saving the world.

Hange and her army hatched a plan to free the Azumabito mechanics and their flying boat from the Yeagerists. Her plan was to fly directly to Marley before its too late and spot the Founding Titan from the sky. However, her master plan shattered into pieces when the mechanics revealed that the flying boat takes 12 hours of preparation before it can be launched.

Despite having absolutely no hope of saving Marley, Hange goes with the plan of taking the flying boat to Odiha, where it can be serviced a lot quicker. It’s really a huge gamble because there are high chances that Eren’s army of Colossal Titan may trample over the land by the time the flying machine is ready for takeoff.

Just as Hange feared, the Colossal army appeared in Odiha before their departure, and adding salt to injury, Floch showed up from nowhere and shot few holes in the airship’s fuel tank, thereby delaying them further. Hange being the commander of Survey Corps, took the responsibility upon her shoulders and faced the Colossal army all alone while the others escaped. 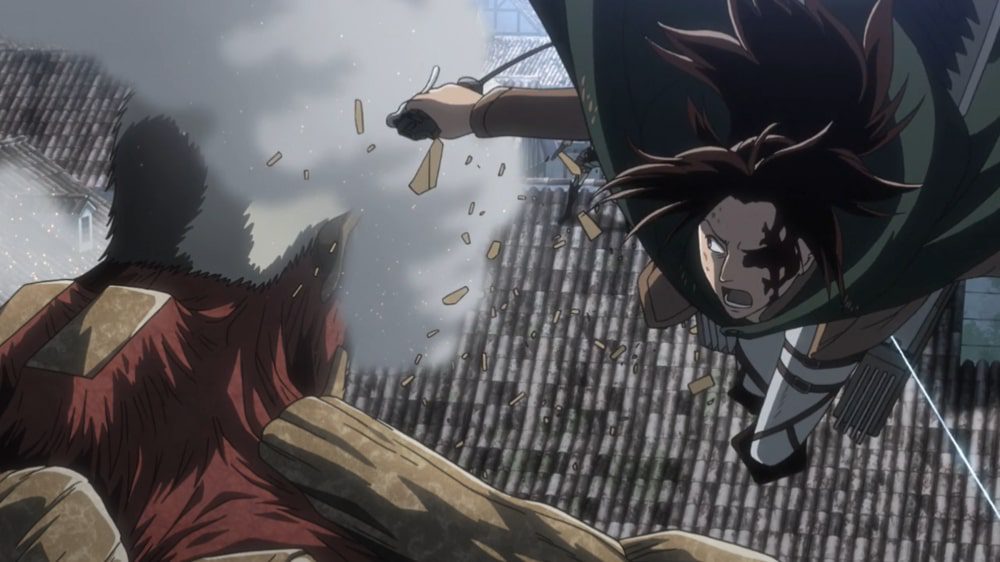 Could Hange Zoe Have Survived?

“Devote… Your Heart” were Captain Levi’s final words to Hange before she decided to stay behind and slow the Colossal army down. He knew well that it was probably the last time he was talking to his old comrade, and I am sure that Levi must have been proud of her till the very end. Taking care of a single Colossal Titan is impossible enough, and here, we are talking about an entire army of them. So, it’s safe to say that there’s no way she could have survived that suicidal attempt. 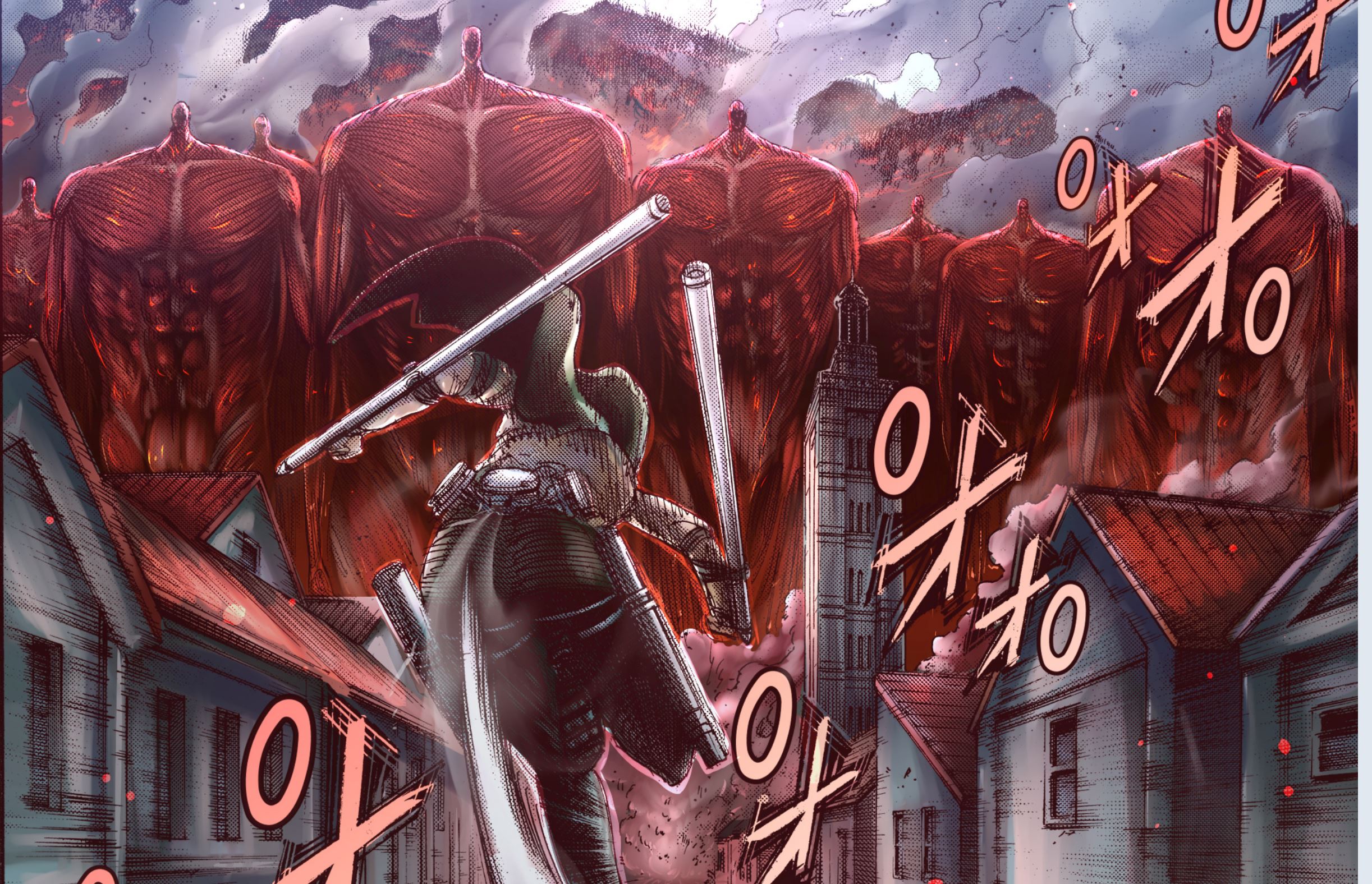 And yes, she looked as cool as possible when she rushed towards the Colossal army all alone with thunder spears in each of her arms. I am sure she must have loved the view of so many magnificent titans in her final moments, and she even managed to slay a few of them before she was burnt into ashes.

Also Read: Will Levi Die In Attack On Titan? A Complete Analysis

The Legacy of ‘Wings of Freedom’

Hange’s courageous sacrifice for the sake of humanity reignited the flames of hope in the hearts of her soldiers. Her determination was the reason why many of them didn’t give up despite going through the most gruesome hell that could ever exist. Will there be another commander like Hange? Obviously no, but the legacy of ‘Wings of Freedom’ must be passed on to the next generation, hoping that they can devote their hearts to their fallen predecessors. 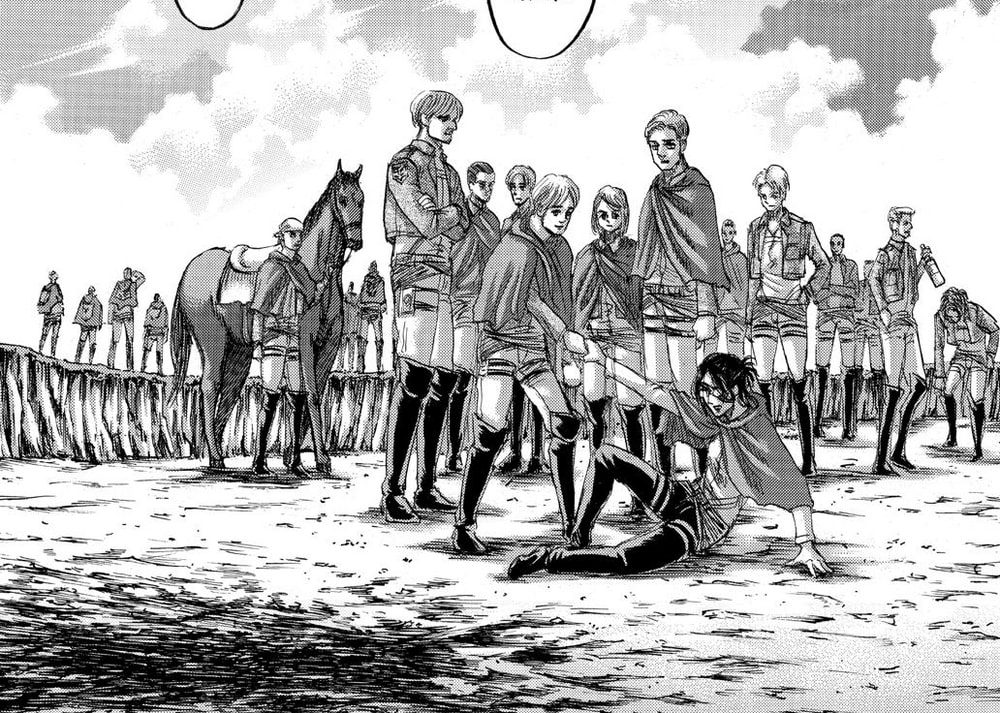 Hange is surrounded by Survey Corps.

Hange appointed Armin as the fifteenth commander of the Survey Corps, as she felt Armin had all the qualities required for it. We know how serious she was from the fact that she mentioned Levi as Armin’s subordinate, and Levi didn’t show any objection to it. In the final panels, we got to see Hange’s reunion with Erwin and all the other fallen members of the Survey Corps. Probably it was just a hallucination before she lost consciousness, but I would love to believe that a place called ‘heaven’ does exist where these gallant warriors finally reunited.

Also Read: Who Will Be The Next Jaw Titan? Falco Or Galliard?