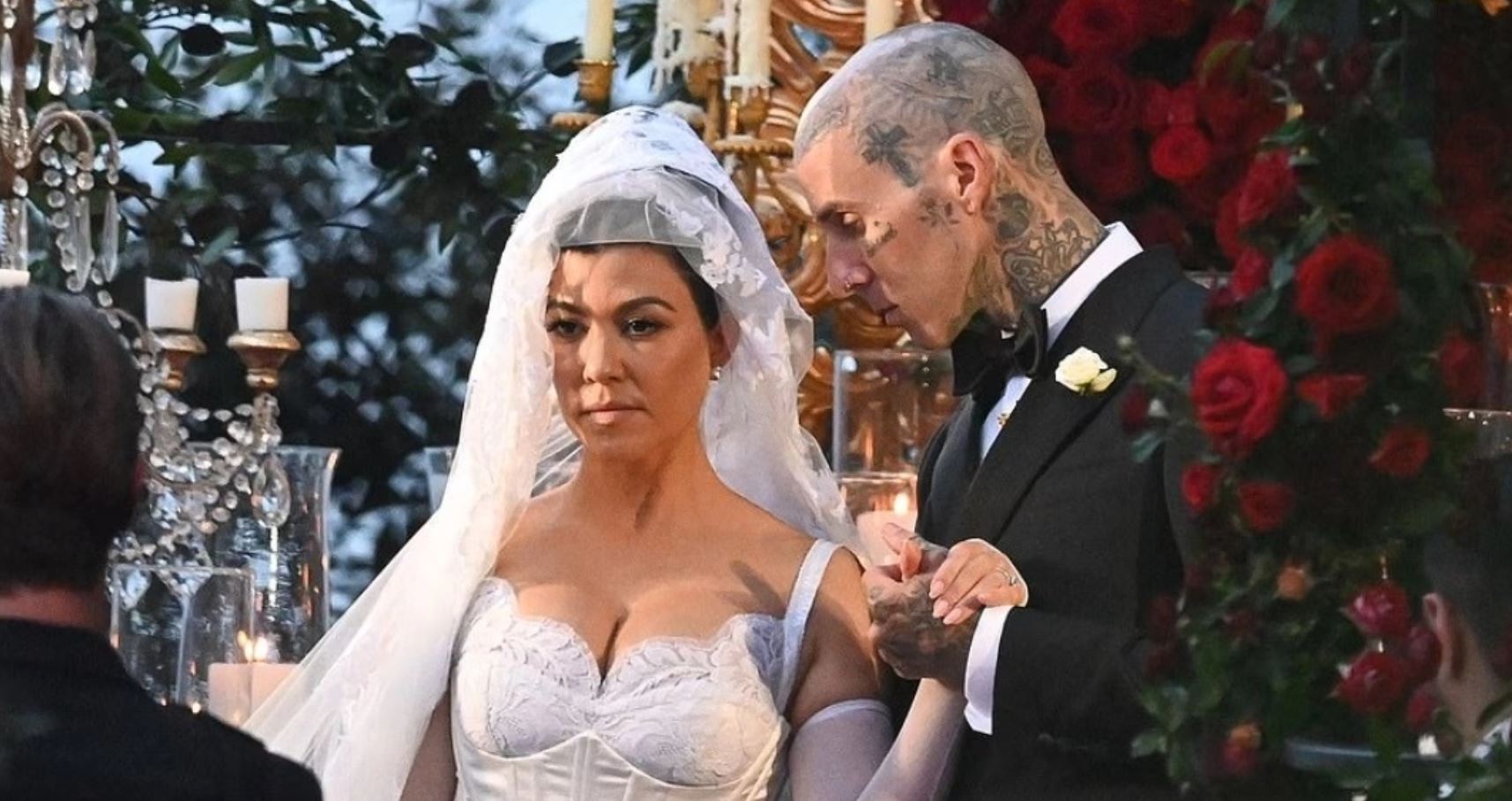 Kourtney Kardashian marries Travis Barker in a lavish ceremony in Italy. The couple tied the nuptial knot for the third time in a ceremony attended by their close friends and family. Kourtney shares a glimpse of her wedding on her Instagram page, officially declaring herself as Mrs Barker.

The wedding was attended by their kids. Kourtney shares Mason, 12, Penelope, 9, and Reign, 7, with her ex-boyfriend  Scott Disick. While Mr Barker is the proud father of a son and two daughters. His son Landon is 18 now, while his daughter Alabama is 16. Also, he has a stepdaughter Atiana who is 23 now. In addition to their lovely children, the wedding was attended by Kourtney’s mother, Kris, and her sisters Kim, Kylie, Khloe, and Kendall.

Before getting engaged in October 2021, Kourtney and Travis dated for around one year. Their PDA is now quite popular on the internet. The duo legally married this mother earlier in the presence of their parents. However, most of their family members were absent. 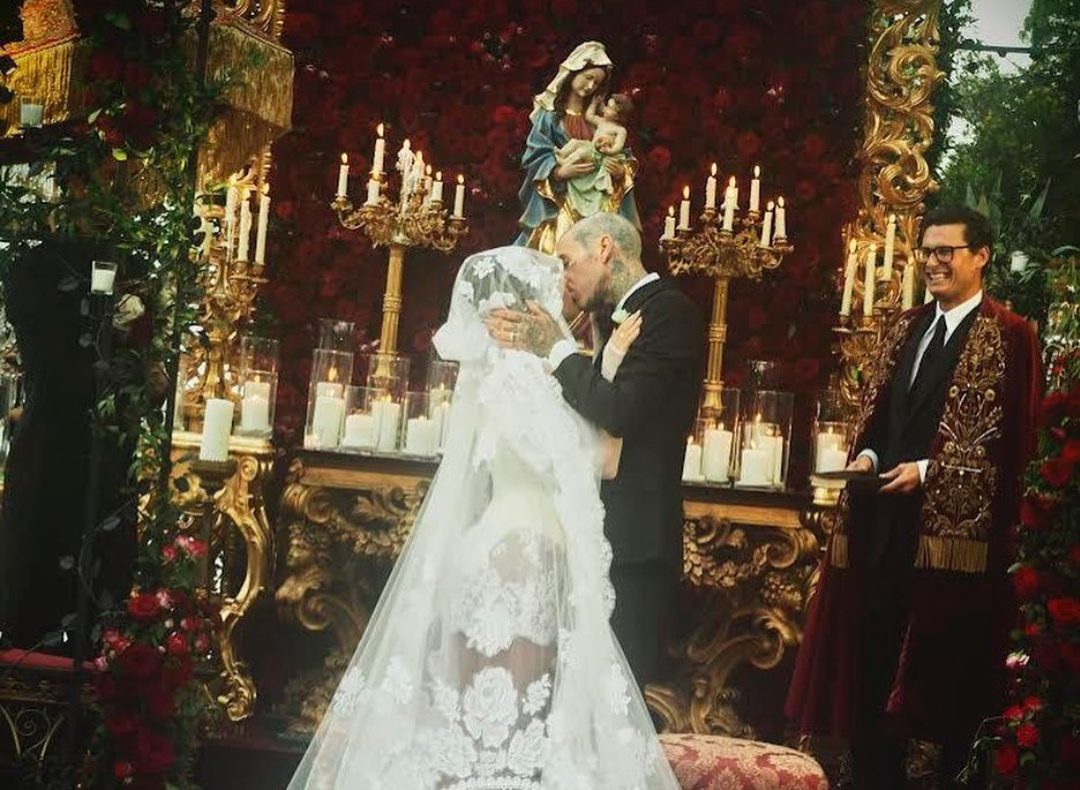 The reality television star looked stunning in Dolce and Gabbana’s figure-hugging mini dress. With her lacy skirt and elegant bun with flower embroidery on the trailing Veil, when she walked down the aisle with her gorgeous mother, Kris Jenner, the beauty caught the attention of Travis. Both sealed the wedding vows with a passionate kiss. It was their third marriage. Travis and Kourtney married earlier this year. However, it was not official then; earlier this month, they tied the nuptial knot again in a private court ceremony attended by Travis’s father and Kourtney’s grandmother. 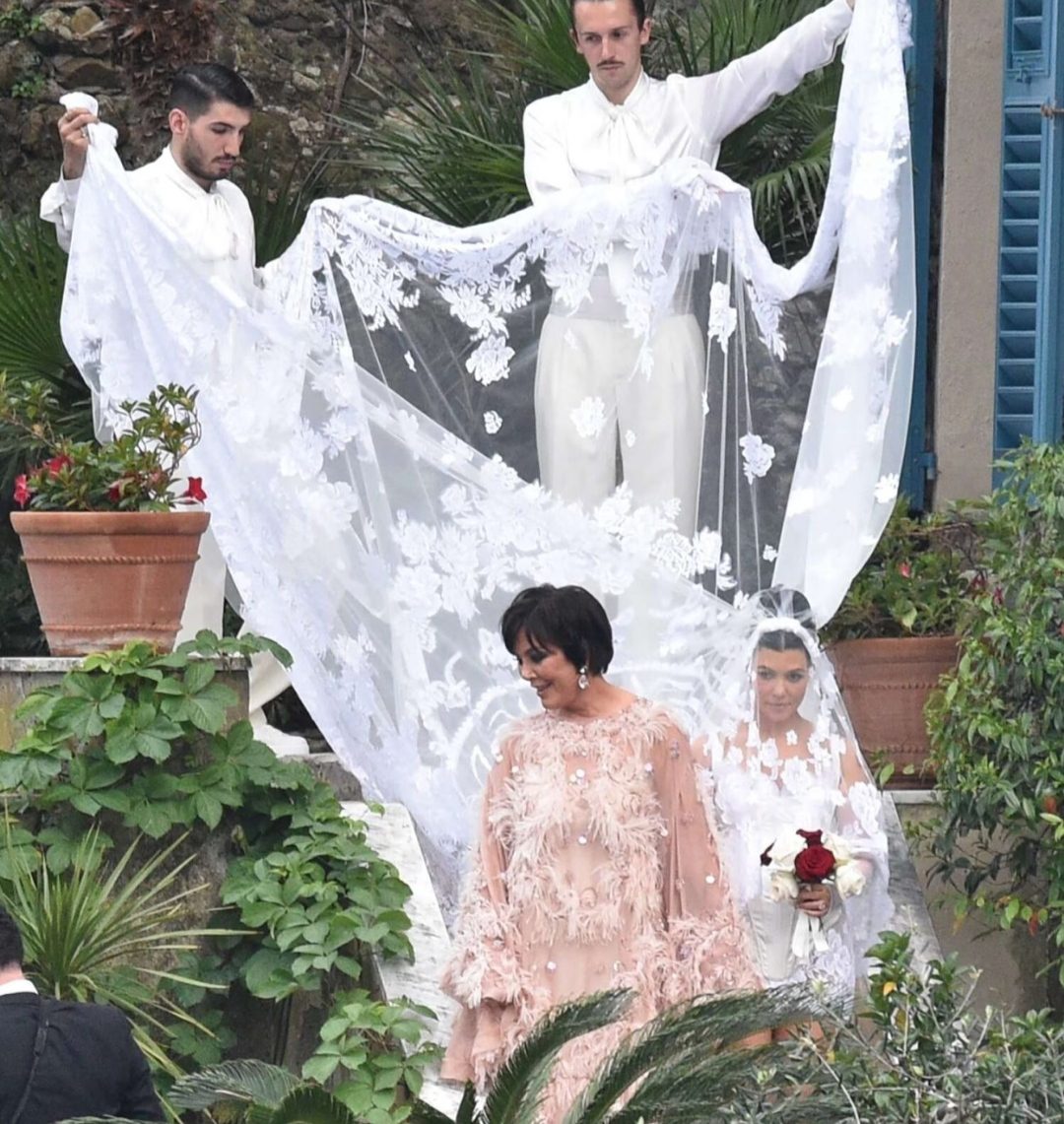 Kourtney Kardashian’s dress featured a beautiful depiction of the Virgin Mary, a tattoo that Travis inked on his head. The dress was inspired by the 1960s Italian Lingerie. Mrs Barker accessorized her look with beautiful lace pumps and tulle gloves. Her veil also featured the hand embroidery of a flower inspired by the gardens of Portofino. Kourtney’s husband Travis donned a sleek black suit, rightly fitting his body. Their wedding pictures are now getting viral on the internet.