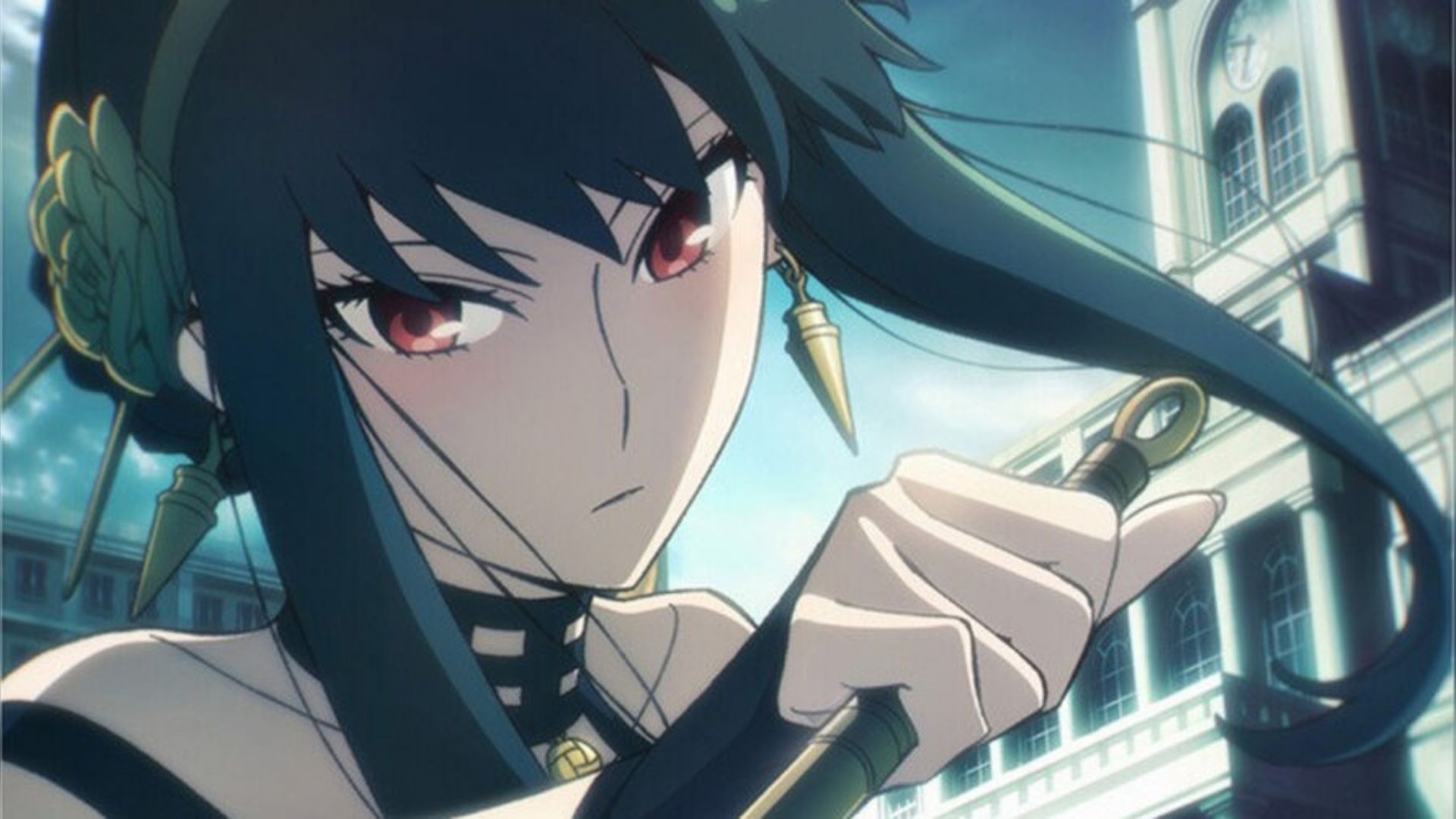 The Spy X Family anime is one of the year’s most anticipated shows. Many fans have eagerly anticipated the release of this action-comedy anime. The anime revolves around three people, each of them has their own story and has joined together to fulfill their respective goals. ‘Yor Forger’ is the name of one of the key characters. Here, we will look into Yor Forger from the Spy X Family anime in depth. What are her motivations for accepting to become a stranger’s wife? And we’ll learn more about the character itself, such as her looks, demeanor, and so on. Continue reading to learn more about Yor Briar.

When there are three major protagonists in an anime, it is exciting to follow distinct characters. Each character adds variation to the plot and is distinct from the others. However, following three separate directions might be perplexing at times. So, this analysis will help you learn more about Yor Forger, one of the Spy X Family’s primary characters. But first, let’s look at what this anime is about and what its narrative is.

Tatsuya Endo’s Spy x Family is a Japanese manga series written and illustrated by him. Since March 25, 2019, the manga has been published fortnightly on the Shonen Jump+ app and website. As of April 2022, the chapters had been gathered into nine volumes. On September 22, 2019, Viz Media began distributing Spy Family in English digitally for free on their website. In the spring of 2020, they published their first volume in print.

The plot revolves around an agent named Twilight who is passionate about justice. No command is too brief for him when it comes to preventing crime. His most recent assignment requires him to examine a neighboring country’s politician, ‘Donovan Desmond.’ However, in order to investigate the politician, Loid must enter Donovan’s son’s school, the exclusive Eden Academy. So, in order to carry out his job to avert conflict with a neighboring nation, Loid must do the most difficult assignment of his career: marry, have a child, and play family. 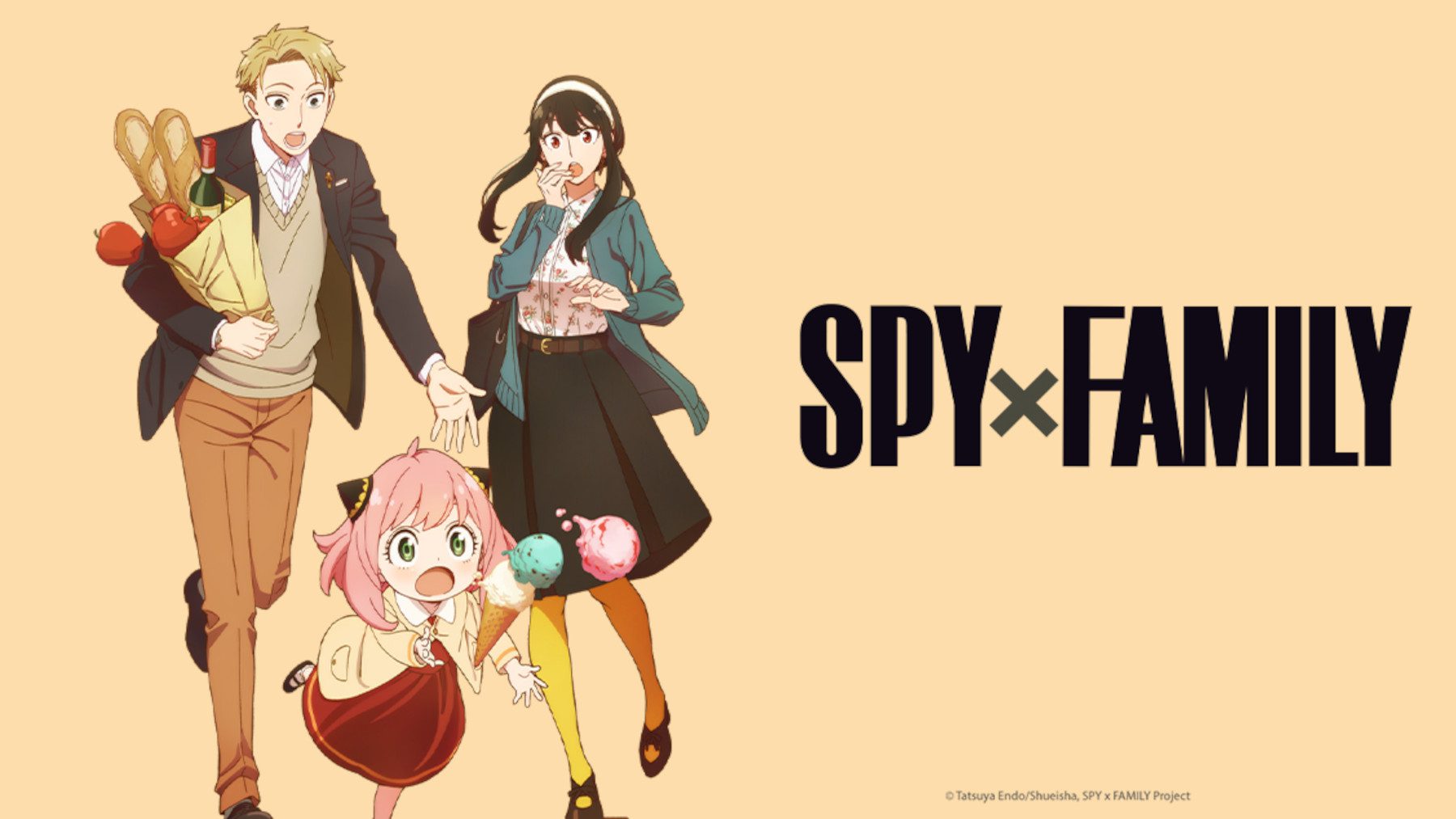 Anya, a six-year-old girl, plays Loid’s daughter, but she has the ability to read people’s minds. Yor Briar is also Loid’s wife in this mission, with a secret identity of an assassin known as “Thorn Princess.” Anya is overjoyed to learn that her new parents are cool secret spies! Of course, she’d never tell them. That would be a pity since it would destroy the enjoyment. How will these three act as a family while pursuing their goals?

Who Is Yor Forger From Spy X Family?

Yor Forger from Spy X Family anime is a 27-year-old woman who works as a clerk at Berlin City Hall. She works as a clerk, but her main profession is assassination under the code name “Thorn Princess.” She believed that becoming someone’s wife and pretending to have a family was the ideal cover for her work as an assassin. Yor, as a wife and mother, might easily fill the job of an assassin. She began working as an assassin in order to care for her brother. Yor worked a variety of odd jobs to supplement her income and care for her younger brother.

Working as a clerk did not appear to be adequate to conceal her status as an assassin. As a twenty-seven-year-old woman, a family cover would be ideal for her duty as an assassin. Yor enjoys being a working wife and a mother when she is in the family. She adores Anya and strives to be a good mother to her. Yor, like any mother, teaches Anya everything, even extremely proficient and lethal martial skills. She couldn’t have had a finer cover for her role as an assassin for the unnamed organization.

Yor Forger: Introduction To The Story

Yor Forger is initially seen working as a clerk in Berlin City Hall. She attempts to get along with her employees by gossiping and talking about fashion, but her coworkers make fun of her owing to Yor’s indifference. They also make fun of her being a single 27-year-old lady and that it seems suspicious. Yor is invited to a party by one of her coworkers, but in order to appear unconcerned, she chooses to accompany her boyfriend. After finishing her assassin work for the night, she sees that her dress is ripped and goes to a sewing shop to get it fixed. 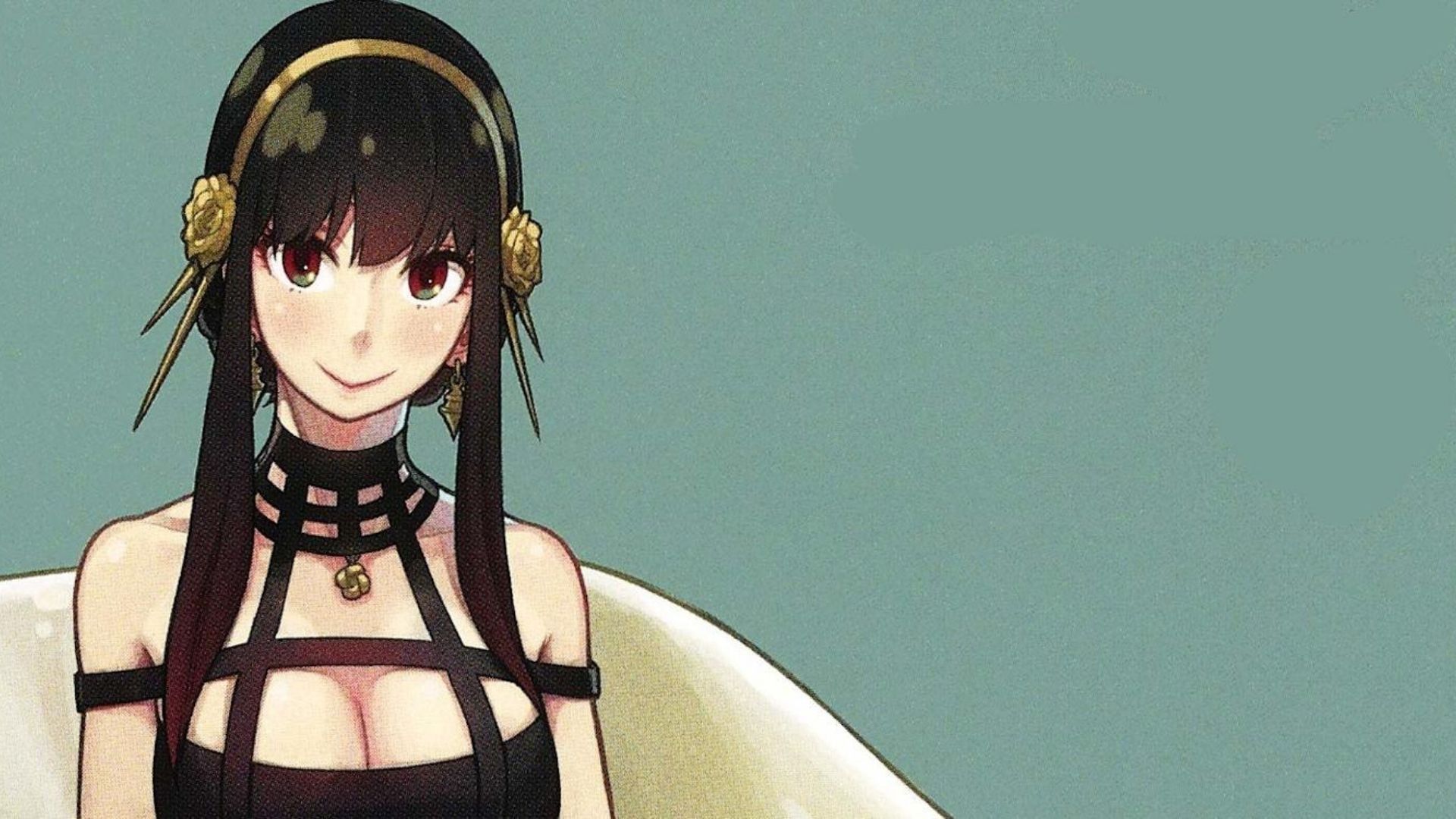 Yor bumps into Loid and Anya in the sewing store. Anya reads Yor’s mind and begins moaning about her lack of a mother. Yor seizes the moment and asks Loid to be her boyfriend at a party. Loid promises to be her boyfriend in exchange for her acting as Loid’s wife at the parent’s meeting in order to enroll Anya in school. Yor is waiting for Loid on the night of the party, but he is late because he is dealing with a smuggling group. Loid later arrives at the party, bleeding and injured. He comes up to the party and announces himself as Yor’s husband, despite the concussion from dealing with the smuggling group and the injuries.

They both depart the gathering, with Loid apologizing and introducing himself as her spouse. However, the smuggler gang continues to pursue Loid, but Loid convinces Yor that they are his deluded patients. Both save each other during the tragedy, and Yor advises that they both continue their effort by pretending to be family, so Yor Briar becomes Yor Forger.

Yor is a stunning tall woman with dark hair and red eyes. Yor seems to be a robot at first. She is calm and serious. Yor dislikes interacting with others, particularly her employees, due to her lack of opinion on social activities. She is a complete assassin, which makes her appear to be a very chilly person. Yor becomes more sensitive after joining Loid’s quest as his wife. She begins to learn how to be a better wife and, most importantly, a better mother. Yor is a terrible chef, so she starts talking to her coworkers and asking them how to cook better and be a better mother. Despite being a skilled assassin, she is kind of dumb. She believes every lie Loids tells her to hide his true identity. 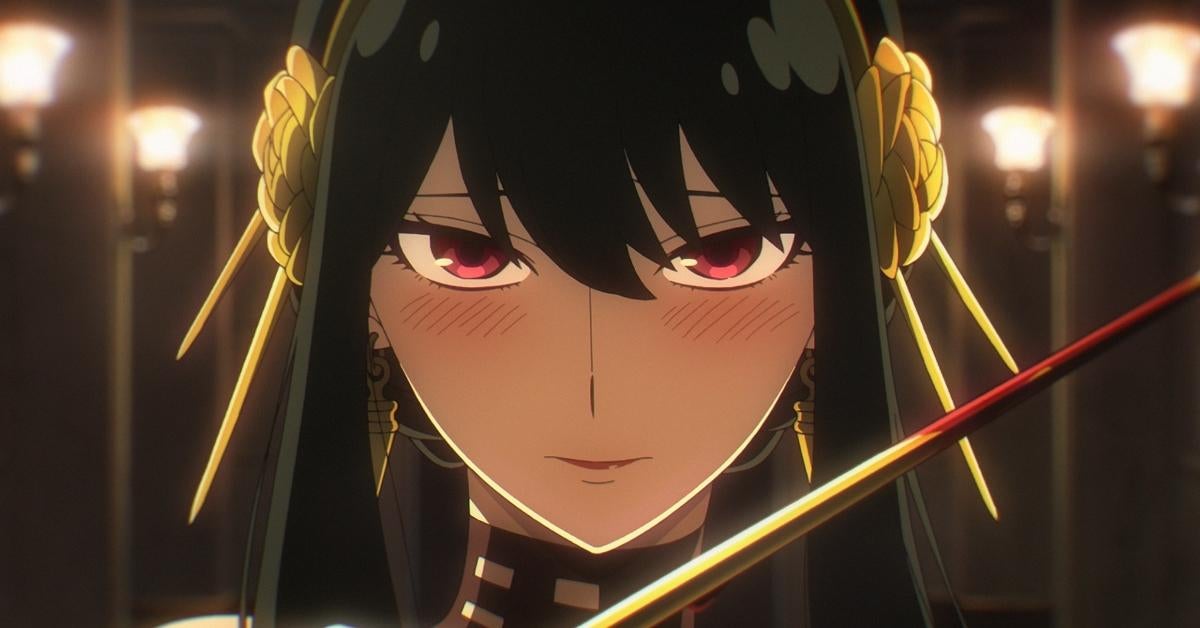 Yor Is A True Assasin

Yor is a superb assassin who has been trained from childhood. She clearly enjoys being an assassin. Yor is so obsessed with it that she sees murder as the fundamental answer to all issues. Yor, for example, believes that killing everyone at the party will help her avoid being seen without a man. She is having difficulties with Anya’s registration at the school and believes that killing one of the applicant’s parents will help Anya get into the school.

Yor also enjoys reminiscing about one of her missions about killing people. This frightens Anya when she reads her pretend mother’s thinking about her prior missions in which she killed other people. She is talented enough and strong enough to use her weapons to smash a human’s head. She’s also capable of cracking a pumpkin with her bare hands.

Yor Is Trying To Be A Better Mom And A Wife

Yor is a 27-year-old woman who has never been in a relationship. But now that she’s in Loid’s scandal, she’s attempting to be a better wife and mother. Yor is always concerned about whether she is a decent wife to Loid or a good mother to Anya. Despite being a competent assassin, she believes Anya is Loid’s daughter and goes to great lengths to protect them. Yor’s inclination is to look after those she cares about, such as her brother; she only chose the assassin’s profession to provide for her brother.

Yor’s cooking ability is one of the series’ most amusing recurring jokes. She is constantly smoldering her meal. Yor believes that in order to be a good mother, she must improve her cooking skills. She begins talking to her coworkers in order to learn how to cook. One of the points in the story is when Yor begins to arrive late at night at home. Loid becomes suspicious about Yor’s behavior and begins following her at night. But it is seen that Yor is actually going to one of the coworker’s homes to learn how to cook. 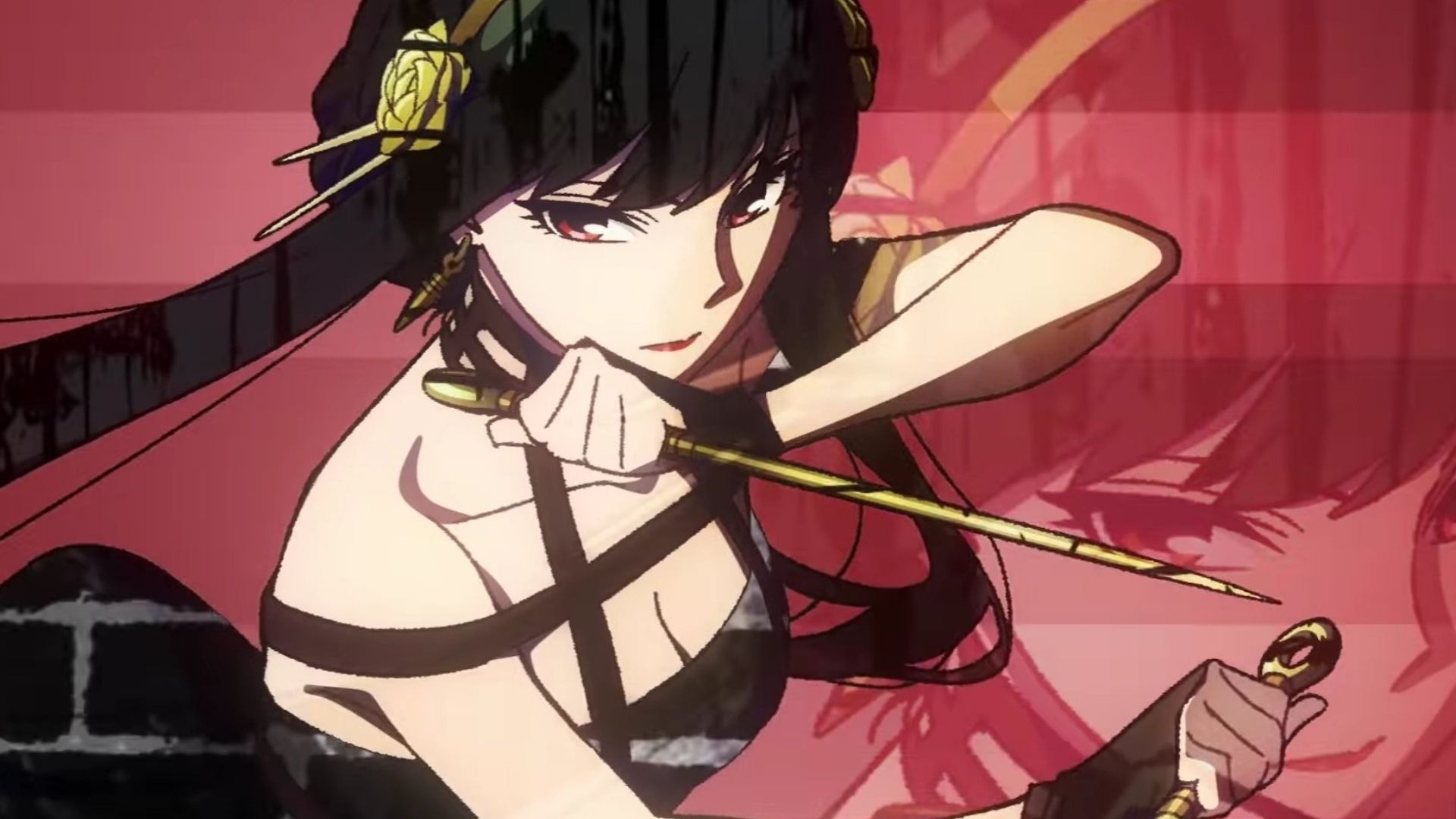 In an overall aspect, Despite being an assassin, Yor is a kind woman who wants to take care of the people who are around her.

You can watch her antics in Spy x Family on Crunchyroll or Muse Asia YouTube Channel.