What do we know about William Hanson’s partner? Is he dating anyone or single? William Hanson is best known for his books based on giving lessons on How To Be Nice and What To Do in difficult situations in your life. And one of his best books is Bluffer’s Guide to Etiquette: Instant Wit and Wisdom. He is one of a kind etiquette consultant who always believes in spreading knowledge and helping a lot of people, including government officials, diplomats, and VIPs as well. And he addresses life lessons either in his books or in the television show, where he talks about good behavior and all. This is why he also counted as one of the UK’s leading etiquette consultants and society commentators. He appreciated it a lot and is so proud to be a member of the Royal Enclosure at Ascot.

Now that he is a celebrity etiquette consultant, it has become obvious that everyone will be curious to know more about him, especially about his love life. People want to know the truth about whether he is seeing anyone right now or not. And if yes, then who is William Hanson’s partner. And for how long he’s been seeing that someone special. So if you are here to know everything about William Hanson’s love life, you are in the right place. Here we will reveal everything we know about his current relationship and past relationships.

Who Is William Hanson’s Partner?

Well, we all must be familiar with the name Michael Worrall: a Videographer and Video Editor. He is best known for his own Advertising Agency. Besides that, there is one more reason why he is getting so much attention from the media. That is because of William Hanson. People assume that there is some kind of love angle between them and that they are seeing each other as well.

They have been bonding with each other for quite a long time and have been spotted so many times together, spending good quality time. And the best part is they themselves revealed it publically. And it’s been more than six years that they have been together and they are really very into each other. They often share pictures together on social media as well. They always say that they are very grateful to each other. But we can’t ignore the fact chemistry between them is just something else. Fans really want them to be together forever, and both of them are active supporters of the LGBTQ community. They are a very supportive and loving couple and are an inspiration for millions of people.

As far as we know, William Hanson and Jordan North both are not yet ready to reveal their relationship with each other. They are unexpected BFFs, and they both appreciate their friendship a lot. They work together as well as enjoy themselves a lot together. Moreover, he is a good friend of William Hanson’s partner Michael as well.

But when we see the other aspect of their relationship, they can be just friends. And maybe it is true that they are just friends. As I already told you, William is already in a relationship with someone else. And as far as we know, Jordan North is most probably single. It seems that he is now only focusing on his career and nothing else. But we wish that he will find someone who is compatible. For further updates, you can also check William Hanson’s Instagram handle. 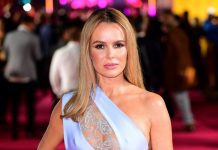 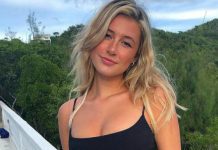 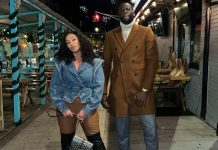