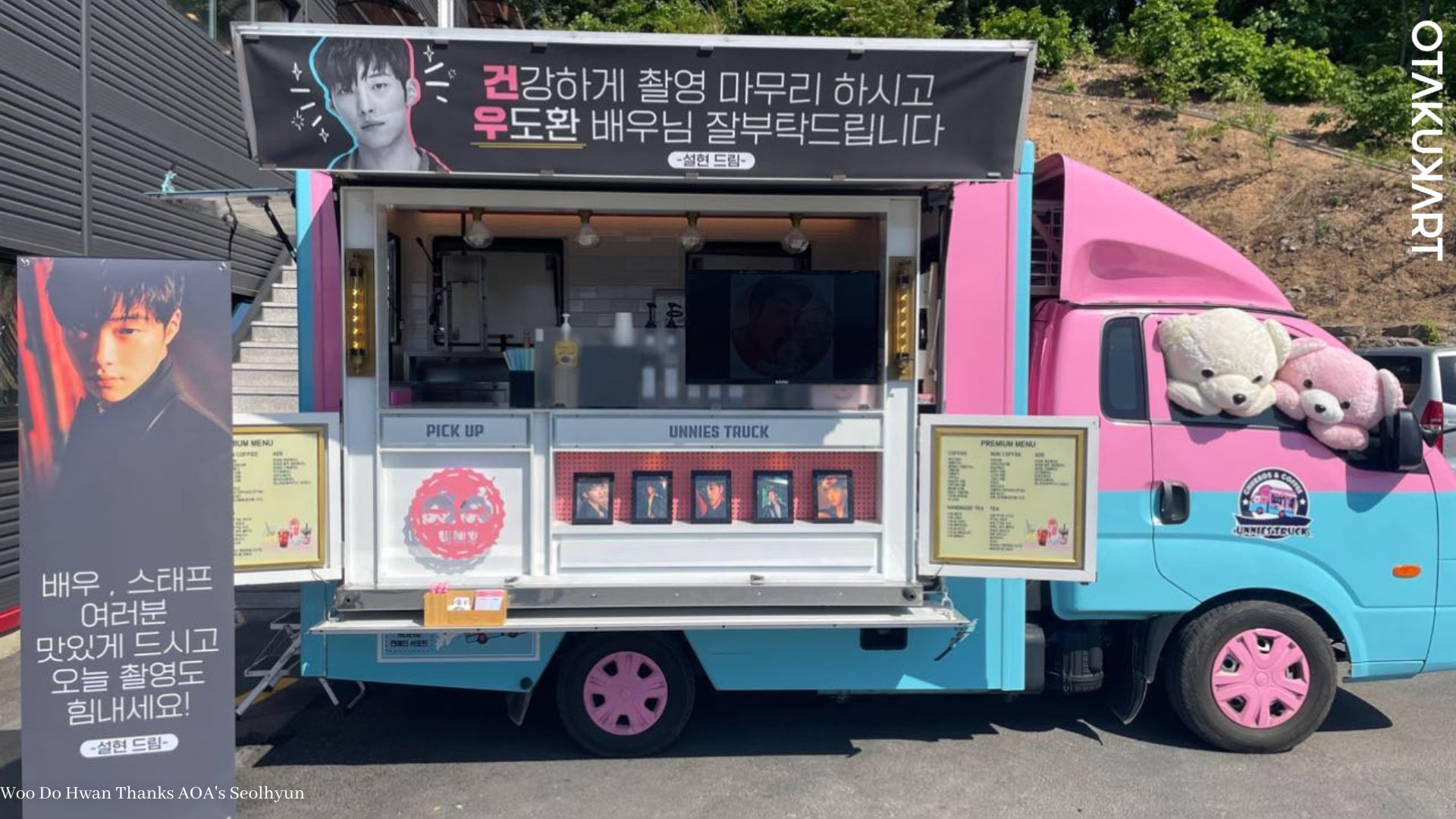 Woo Do Hwan has extended his heartfelt gratitude to AOA’s Seolhyun for her sweet token of presents. The internet is in the continuous talk about the same, and it is no surprise that it has become the media highlight in no time.

Woo Do Hwan is best known for his roles in drama series like “Save Me,” “Mad Dog,” “tempted,” “My Country: The New Age,” and “The King: Eternal Monarch”. He has been one of the popular faces of the South Korean entertainment industry since his debut in the year 2011.

Recently, he has starred in the web drama series titled “Hunting Dogs”. Directed and written by Jason Kim, the web drama series portrays the genres of action and thriller. It is going to have a total of eight episodes, and each of them will have a running duration of 60 minutes. Apart from Woo Do Hwan, the show stars Lee Sang Yi, Kim Sae Ron, Heo Joon Ho, Park Sung Woong, and Kim Seo Kyung.

Moreover, it is also popular by the name “Bloodhounds” and is going to air on the international streaming giant, i.e., Netflix.

Woo Do Hwan Thanks AOA’s Seolhyun

Woo Do Hwan has recently expressed his gratitude to AOA’s Seolhyun. On May 5, 2022, the actress and idol received thanks from the actor for her sweet and heartwarming gesture of support.

The actor posted on his Instagram on the same day and revealed that Seolhyun had thoughtfully sent a coffee truck to the set of his upcoming drama ‘Hunting Dogs’. He posted several pictures of the very aesthetically pastel coffee truck and also tagged Seolhyun and also mentioned her new role as Do Ah Hee, and showed warm love for her ongoing drama series titled “The Killer’s Shopping List”.

He captioned the post by captioning, “Thank you, Do Ah Hee. tvN on Wednesdays and Thursdays at 10:30, including today!!! The Killer’s Shopping List!!!”

The coffee truck by AOA’s Seolhyun featured a banner with the name of Woo Do Hwan’s character in “Hunting Dogs” i.e., Gun Woo. The acrostic from Seolhyun had a very warm message which read that everyone should wrap up the filming in good health and also to take good care of Woo Do Hwan.

The banner next to the truck was addressed to all the cast and crew of the drama series, and it asked them to enjoy the coffee and enjoy the strength for the shoot today.

More About Woo Do Hwan

Woo Do Hwan is a globally recognized South Korean actor known for his stunning visuals and incredible acting skills. He made his debut in the entertainment industry through a cameo role in the drama series titled “You’re Here, You’re Here, You’re Really Here,” which aired in the year 2011. His next cameo appearance was in 2012’s tvN drama series titled “Shut Up Flower Boy Band”.

He got the attention of the mainstream media with his appearance in 2016’s movies like “Operation Chromite” and “Master”. His 2016 KBS2 drama series “Sweet Stranger and Me” also gained him a lot of recognition and popularity.  In the year 2017, he was seen as Seok Dong-cheol in the drama series titled “Save Me” and the KBS2 series “Mad Dog”.

He bagged the attention of the global K-Drama viewers with his role as Kwon Si-hyeon in the MBC series “Tempted”. In the year 2019, he was seen in series like “My Country: The New Age,” and in 2020, he starred in SBS’s “The King” Eternal Monarch”.

Moreover, he has also been part of web series like Viki’s “Dramaworld”. He has also bagged several nominations and awards for his incredible performances in many drama series. In the year 2021, he bagged the “Best New Actor” award at Golden Cinema Film Festival for his amazing performance in the movie “The Divine Fury”. He also bagged the “Excellence Award, Actor in a Monday-Tuesday Drama” at 2018’s MBC Drama Awards for his role in “Tempted”.

Since his debut, he has been one of the rising stars of the South Korean entertainment industry. It is no surprise that the actor has slain every role he has taken in since then.