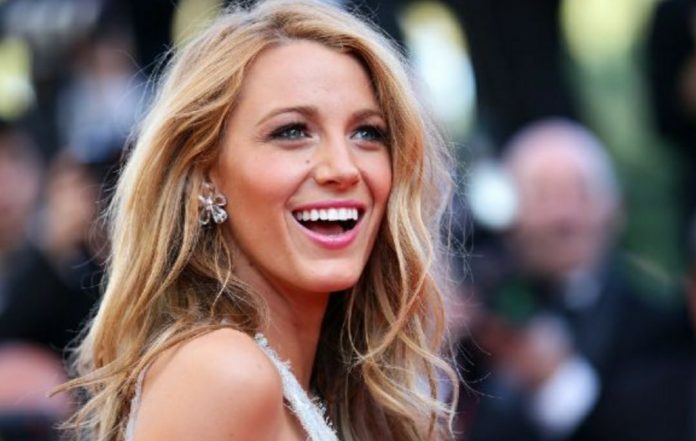 Here, we shall discuss who is Blake Lively’s Boyfriend. What do we know about her love interest and career fame? Starting from the basics, Blake Ellender Lively has gained massive popularity with her role as Serena van der Woodsen in the series, Gossip Girl. For that, she has won Teen Choice Awards. Besides this, she has also hosted Saturday Night Live, back in 2009. Not to forget to mention some of Blake’s hit films- The Shallows, A Simple Favor, The Rythm, Elvis and Anabelle, The Rhythm Section, and many more. Also, Blake Lively has got featured in a few music videos, one of which is ‘I Bet You Think About Me’, sung by Taylor Swift.

Knowing so much about Blake Lively’s career, fans are interested to learn about her love interest of this actress. Well, Blake isn’t dating but is already hitched to the love of her life, for several years. Moreover, Blake Lively’s Boyfriend (husband) and she have been a power couple in the Hollywood industry. We do love watching them troll each other endlessly on social media and also support each other’s work, making appearances together on the red carpets. To know more about Blake Lively’s boyfriend, do give this article a read to the end.

When we talk about Blake Lively’s Boyfriend, we mean Ryan Reynolds. Well, he isn’t her boyfriend but her husband now. Talking more about him, some of Ryan’s hit works include- A Million Ways To Die in the West, The Proposal, No Good Deed, Deadpool 2, Red Notice, The Adam Project, etc. Considering you as one of his fans, you will be happy to know that Ray Reynolds is set to release his upcoming film Spirited.

Moving on with their relationship, they met each other on the set of the film Green Lantern. Things started after Ryan got divorced from his ex-wife, Scarlett Johansson. It was on 9 September 2012, that Ryan and Blake tied the knot secretly at the Boone Hall Plantation in South Carolina. When asked about her husband, Blake said, ‘I’ m very lucky to be with someone who has better taste than me. We influence each other in different ways.’

After two years of their marriage, Blake finally talked about the idea of having kids, in September 2014. In the following month, the actress announced to be expecting her first child with Ryan. Now, Blake and Ryan have become the parents of three children- James, Inez, and Betty. At present, this family of five lives together in Pound Ridge, New York. Neither Blake nor Ryan fail to gush about each other when asked in the interviews. The only thing that is keeping their marriage strong is that they don’t work at the same time. To these love birds, family is equally important.

Recently, this power couple has made appearances on the red carpet of the Met Gala event. Fans couldn’t keep their eyes off them! Briefly, we may say, Ryan and Blake, are making themselves quite an exception in the Hollywood industry.

Also Read: Blake Lively Speaks Up On Her Outfit At Met Gala 2022

Besides knowing who is Blake Lively’s Boyfriend and their relationship details, fans are interested to learn more about the actress. Born on 25 August 1987, Blake is currently 34 years old. She was born in Los Angeles, California. For more highlights of her, you may follow her on Instagram and Twitter, having 32.8 million and 1.4 million number of followers respectively.

Talking about Blake Lively’s noteworthy works, the list includes- All I See Is You, Cafe Society, A Simple Favour, The Age of Adaline, The Private Lives of Pippa Lee, etc. She is the recipient of several prestigious accolades like- National Board of Review, People’s Choice Award, Cinemacon Award, and many more. Blake Lively is a successful actress, wife, mother and also a celebrity homemaker.

Best Wishes to Blake Lively for the upcoming days of her career. Also, hoping Blake’s relationship with Ryan lasts forever! Loads of love and blessings to their children.

Also Read: Who Is Ryan Seacrest’s Girlfriend In 2022? All About His Personal Life