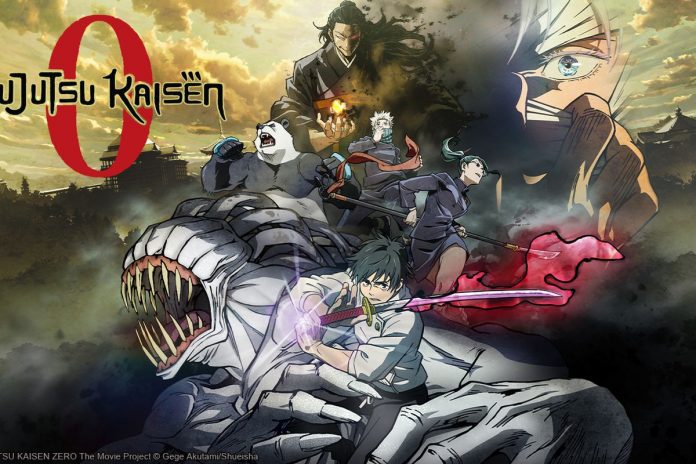 The Jujutsu Kaisen franchise has gained popularity at a rapid pace. The manga, written and illustrated by Gege Akutami, came out on the 18th of March 2018. In 2020, the anime adaptation of the manga. After the anime ended, the people that loved the anime were excited over the Jujutsu Kaisen 0 film which was released in the December of 2021. Even though the film, at the time, was only available in Japan, it had managed to hit the box office charts with flying colours. In fact, the anime film is still on the top 10 list of the weekend box office hits in Japan. The 105-minute film managed to earn millions and still continues to do so.

The Jujutsu Kaisen 0 film hit worldwide theatres on the 18th of March 2022. Since then the franchise has managed to earn even more than before. Not only this but the manga sales of Jujutsu Kaisen have also shot up selling more than 60 million copies. The anime, as well as the anime film, has been adapted by studio MAPPA. Jujutsu Kaisen 0 has been directed by Park Sunghoo with its screenplay written by Hiroshi Seko. Masaya Saito, Yuri Murai and Toshihiro Maeda teamed up as the producers of the film.

The film managed to make up to 183,249,667 USD. What is even more astounding is that the aforementioned big number does not include the box office sales in Germany. When combined, the Jujutsu Kaisen 0 film ranks 7th as the Biggest Anime Film of All Time Worldwide. This also puts the film’s rank higher than the Doremon Film “Stand By Me Doraemon”. However, films like Demon Slayer’s Mugen Train Arc continues to remain at the top.

Jujutsu Kaisen 0 is a manga written before the Jujutsu Kaisen manga. As a result, the events of Jujutsu Kaisen 0 take place before the events in the anime. It focuses on the story of the now second-year students when they were in their first year. However, the central character of the series is Yuta Okkotsu, who is very similar to the likes of the anime’s protagonist, Yuji Itadori. It focuses on Yuta’s relationship with his cursed spirit, and once childhood friend, Rika. Yuta, thus, tries to fit in with his classmates under the guidance of Gojo while facing the threat, and rebellion, of Suguru Geto.

Also Read: Anime Movies Similar To Jujutsu Kaisen 0 That You Should Watch