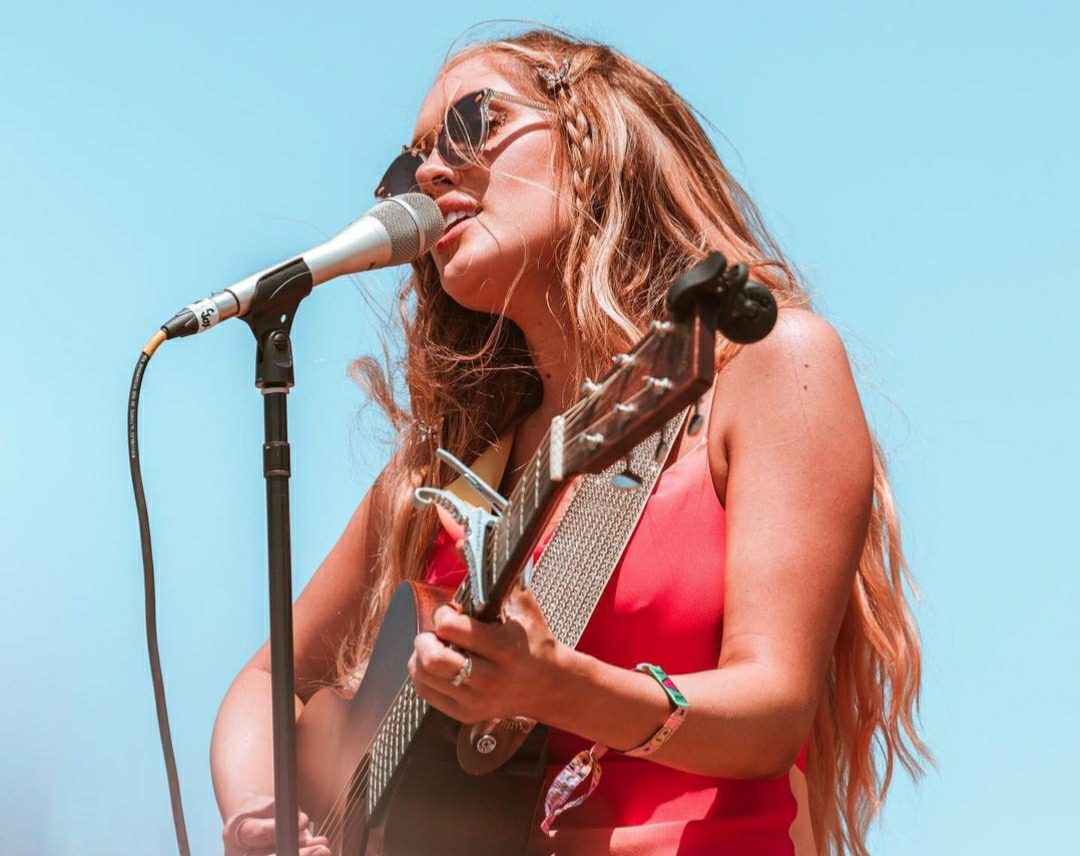 Today, we shall discuss the details of Lacy Kaye Booth’s Boyfriend. To whom has the American Idol singer shared a romantic relationship to date? Starting from the basics, Lacy Kaye Booth has gained massive prominence after participating in the Season 17 of the above-mentioned singing reality show. Even though she didn’t win the show, Lacy made it to the top 5, with her outstanding voice. At the audition, she sang Merle Haggard’s single- Mama Tried, and stunned the judges. In case you haven’t listened to any of her singles, do try-Broken Heart Still Beats, Used To You, If He Would’ve Stayed, Love You Anymore, I’m Over You.

Being a singing sensation, Lacy Kaye Booth has made several headlines to date. Knowing so many things about her music career, fans are interested to learn the details of Lacy Kaye Booth’s current relationship. Well, she is in a pretty much serious and long-term relationship with her boyfriend. Even though her beau isn’t anyone from the industry, he has been a pillar of strength in Lacy’s career. Also, he is a pet lover. It is believed, that one who loves animals can be considered a good person. And, so is he. Let’s dive into this article to learn more about Lacy Kaye Booth’s Boyfriend.

When we talk about Lacy Kaye Booth’s Boyfriend, we mean Cannon Bullock. He is pretty much renowned for being a celebrity boyfriend. When compared to Lacy, he maintains quite a low profile and is a very private person. Anyway, Bullock has kept himself away from the spotlight. Even though his date of birth is not known, he appears to be of the same age as Lacy. He was born and raised in Corrigan, Texas. But, it seems like Bullock resides in The Woodlands. Nothing much is known about him as neither he nor his girlfriend, Lacy has shared anything. The love birds also share a pet dog, rather than a husky.

Lacy and Bullock started dating each other, back in 2018. To date, Lacy Kaye Booth’s Boyfriend, Bullock has been very understanding and supportive of her. She shared that he was there cheering her up during the time of her audition for American Idol. Being a young celebrity, Lacy is quite active on social media. She often posts pictures of her with her beau, Bullock on her Instagram account. Indeed, they do look like an adorable pair. After several years of togetherness, the relationship between Lacy and Bullock is growing stronger and is believed to be eternal.

Besides knowing the details of Lacy Kaye Booth’s Boyfriend and relationship details, fans are curious to learn more about her. Born on 28 August 1995, Lacy is 26 years old as of now. She was born in Livingston, Texas, United States. You may follow this music sensation on her Instagram account, having 219K followers. Also, on Twitter, she has garnered more than 19.5K followers as of today. Lacy is active on both platforms.

Talking about her songs, some of Lacy’s famous ones are- Shuffle, Used To You, Heart of Texas, On the Fence, If He Would’ve Stayed, Visions, Turn Around, One More Dance, Love Of My Life, On The Fence, etc. Do check out the video attached below. You will surely love it!

This video has earned more than 20K views to date. Not to forget to mention Laci Kaye Booth’s YouTube channel, has 6.3Ksubscribers as of MAY 2022. For staying updated about her latest releases, you may subscribe to her channel.

Best Wishes to Lacy Kaye Booth for the upcoming days of her life. Hoping she excels more in her career and achieves everything she has set out for. Also, showering Lacy Kaye Booth’s Boyfriend and her with loads of love and blessings.

Also Read: Who Is Milly Adams Dating In 2022? Who Is The Influencer’s Boyfriend?