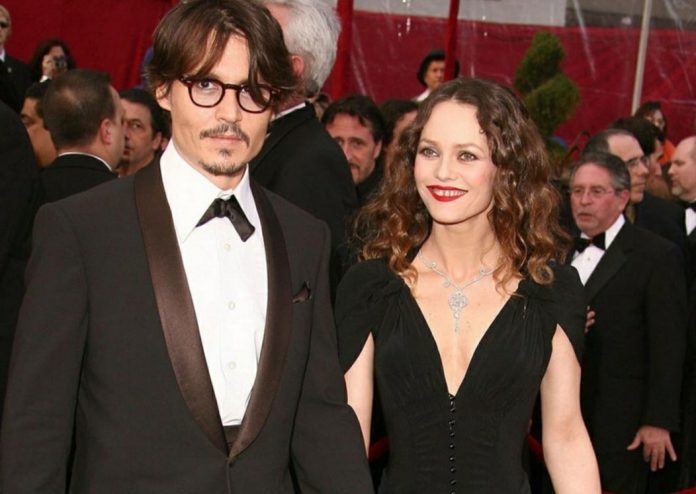 When did Johnny Depp and Vanessa start dating? What do we know about their romantic relationship? Let’s learn a bit about their respective careers before diving into their romance. Johnny Depp has gained massive prominence with his role in Pirates of the Caribbean. Besides this, some of his other incredible hit films count to Alice Through The Looking Glass, The Professor, Minamata, Family Guy, Puffins, etc. On the other hand, Vanessa Chantal Paradis is a versatile singer, model, and actress. Some of her musical creations are Love Songs, Les Sources, Bliss, While, Vanessa’s a few hit acting works include Fading Gigolo, Knife + Heart, Noce Blanche, etc.

Knowing so much about their respective careers, fans are interested to learn about their romance. Despite not getting hitched, Johnny Depp and Vanessa have made headlines for several years together. Like every relationship, even they faced ups and downs but ended up parting ways with each other. But when did Johnny Depp and Vanessa start dating? How did things grow between these stars? Digging into this article to the end is highly recommendable!

When Did Johnny Depp and Vanessa Start Dating?

Paris is a place for lovers! It was in 1998 when Johnny Depp was shooting for a film titled ‘The Ninth Gate.’ That was the time when he met Vanessa Paradis for the first time, and since then, they captured their long-term romance. When asked about her, Johnny Depp shared Vanessa has been his love at first sight. Well, falling in love at first sight doesn’t happen in real life quite often. How happening, isn’t it! In an interview back in 2011, the actor recounted every detail, saying, “She was wearing a dress with an exposed back, and I saw that back and that neck, and then she turned around, and I saw those eyes, and boom!” He confessed that he was done with being single and felt their connection pretty quickly. Initially, things were going pretty good between this couple (former).

Talking more about their romance, despite feeling so much for one another, Johnny Depp and Vanessa didn’t tie the knot and went straight to a family life quietly. As the years passed by, they didn’t seem the need for marriage to solemnize their bond. On this note, Johnny said “never found myself needing that piece of paper. Marriage is really from soul to soul, heart to heart. You don’t need somebody to say, okay you’re married.” In the following year, more precisely on 27 May 1999, Johnny Depp and Vanessa welcomed their first child, a daughter, Lisa-Rose Depp. After a few years, on 9 April 2002, they became the parents of their son, Christopher ‘Jack’ Depp III. Their children had provided them with a real foundation and a strong place to stand in life, as stated by the actor.

After so many years of togetherness, in June 2012, Johnny Depp and Vanessa’s romantic relationship had run its course. They stopped making appearances together, which made the fans suspect more about their separation. Finally, the actor confirmed that their split was ‘amicable’. Even though it shocked many, their fans made a statement about respecting their privacy. However, that’s not the end of Johnny’s love life. A year before splitting up with Vanessa, he met his ex-wife, Amber Heard, while filming The Rum Diary. That started a different love story!

On their separation, Johnny Depp handed over Vanessa a lump sum amount of $150 million. Their lawyer, Robert Nachsin, said, “because they are not married, one partner would have to file a civil suit and go to court.” However, Johnny chose not to battle it out. Instead of doing that, he agreed to pay the amount. It’s good to see that Johnny Depp and Vanessa have moved on in their respective lives! Good Wishes and loads of love to both of them!