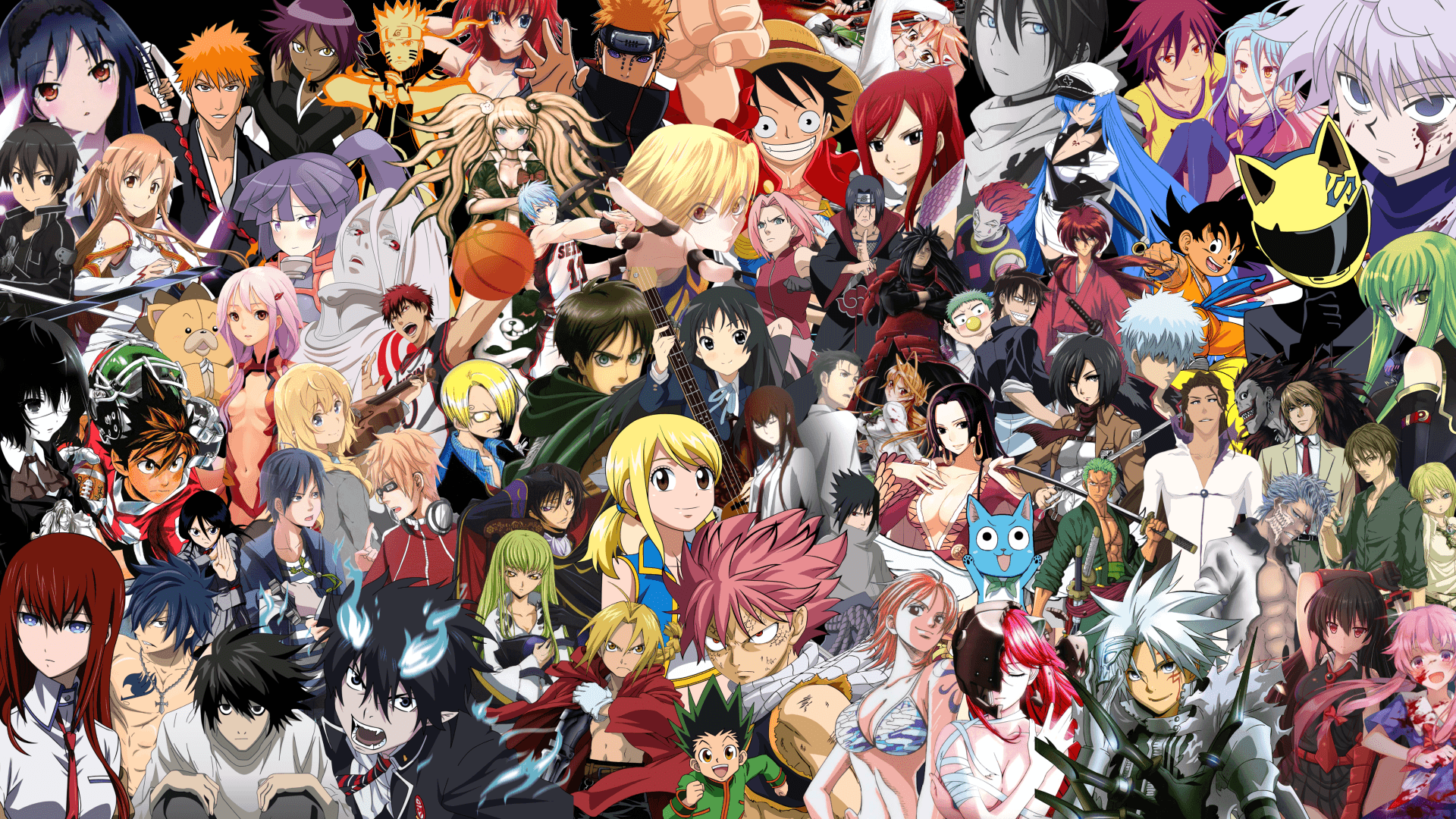 Anime have been around since the start of the 20th century. It has been serving fans with heartfelt content all over the world. This industry is providing the world with something extraordinary. Here, we are going to talk about the Highest Rated Anime.

So, what is the highest rated anime? This is a question every weeb has once asked himself or herself once in their lifetime. There are distinct answers to this, as some fans prefer something while others prefer something. From people believing that anime is only for kids to people of different age groups enjoying it, Anime has come a long way.

With the breakthrough of anime such as Gundam, Macross, and Dragon Ball, anime became ubiquitous in Japan in the 1980s, resulting in a production boom. People are falling in love with anime as more anime is given access to the American audience. Anime has a wide range of characters and stories that push the bounds of the rational universe.

So without wasting more time, let us dive right into the list of Highest Rated Anime and other major ones.

The following list contains the highest-rated anime and other major ones.

Saitama is a superhero who simply became one for the sake of having fun. He becomes so strong after three years of “special” training that he becomes nearly unstoppable. Even his most formidable foes are dispatched with a single blow. It turns out that being incredibly powerful is a chore. He is nonetheless beset with fresh opponents every day. The series’ most appealing features are its odd premise and comic components. 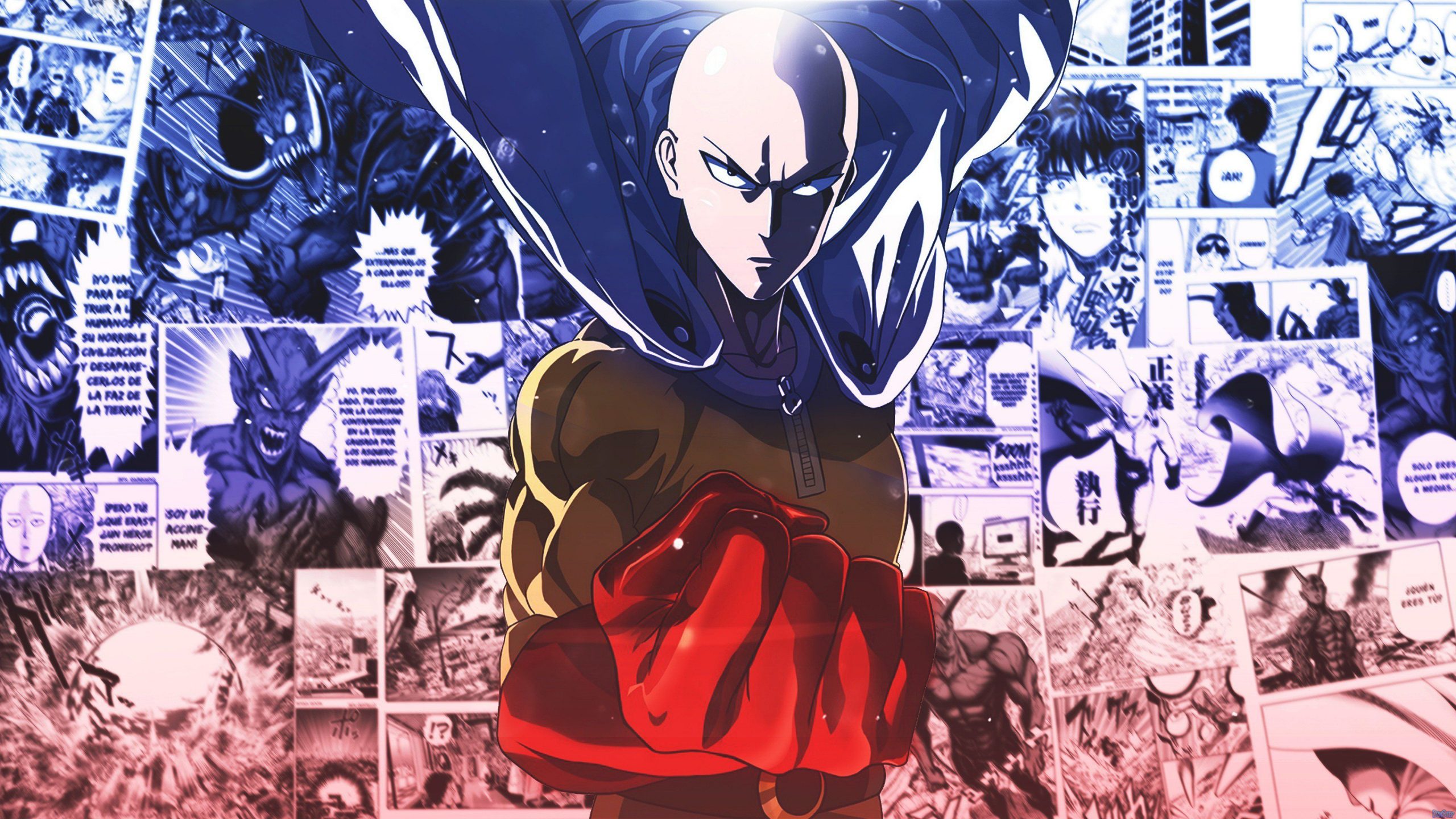 Many a youthful anime enthusiast considers Dragon Ball Z to be a gateway drug, and with good cause. The series is really not particularly profound. It essentially focuses on exceptional martial expert Goku and his pals putting their skills to the test against a rising number of formidable and bizarre foes. What the series lacks in plot, it makes up for it through humor, odd characters, and thrilling action.

Stardust Crusaders features Jotaro Kujo, a high schooler. Due to his heritage, he has an unusual power known as a “Stand.” Jotaro uses his newly acquired power to save his mother. While being pursued by the strangest of killers. JoJo’s Strange Journey: Stardust Crusaders is packed with thrilling action, colorful characters, and memorable scenes. 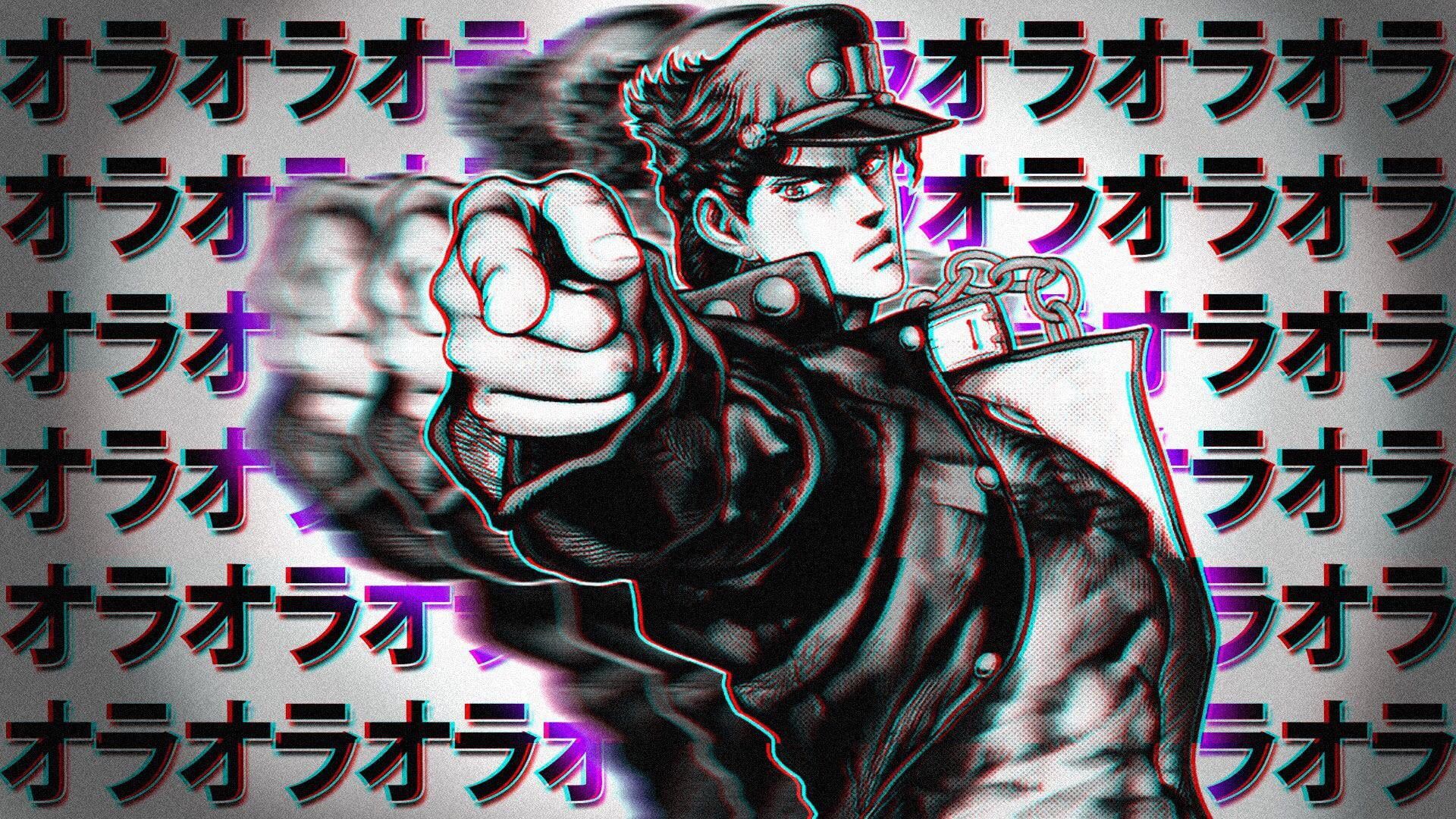 Superhero stories abound, but My Hero Academia takes a different approach by concentrating on Izuku Midoriya, a hero born without superpowers in a world full of them. Midoriya’s journey is constantly challenged by MHA. It offers new twists on well-worn clichés. It also examines what it signifies to be a hero with constant humor and heart. My Hero Academia is a refreshing change of pace. With episodes that are frequently hilarious, heartwarming, and always surprising. 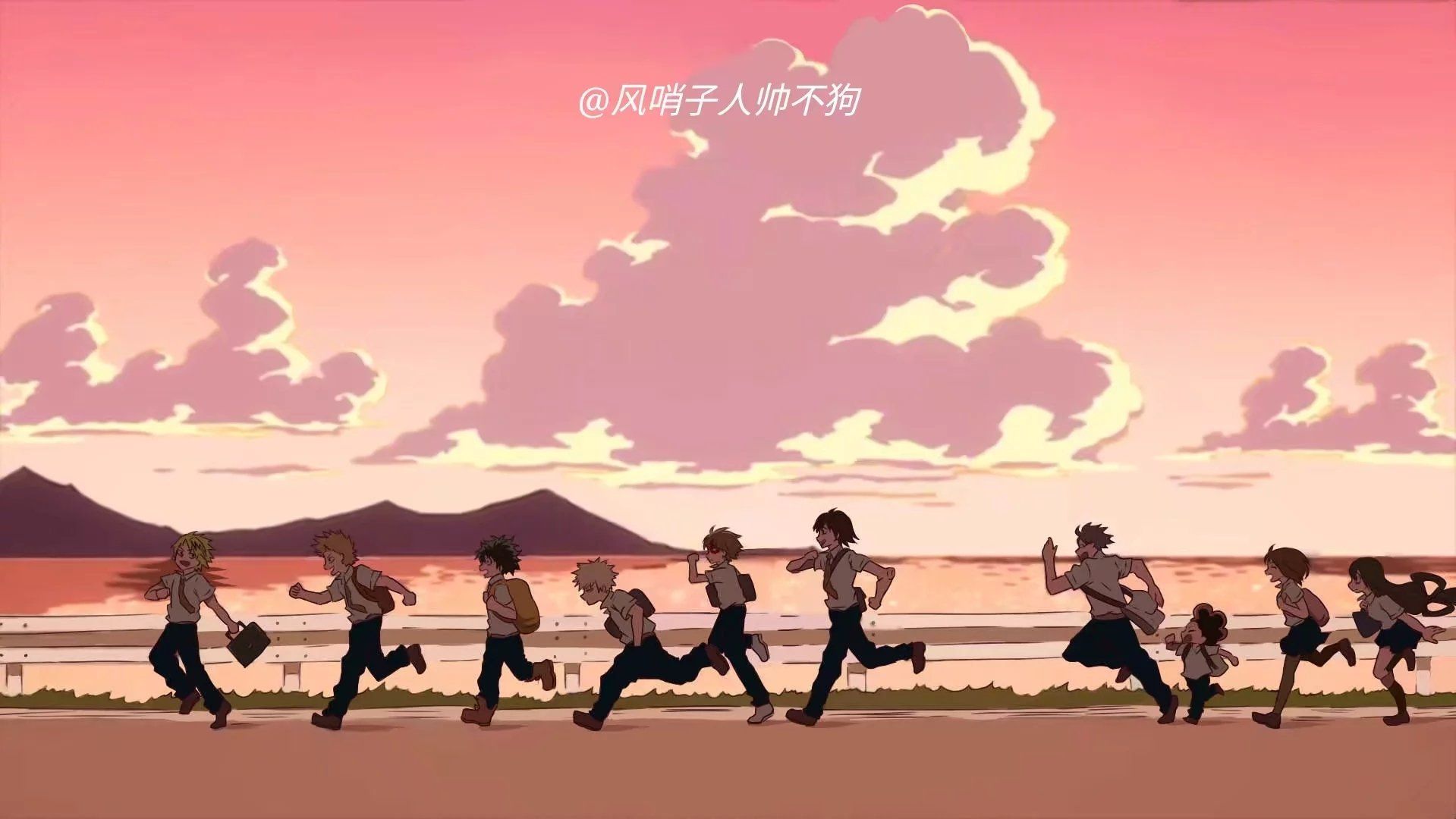 Because of its worldwide success, the Naruto anime series has been dubbed one of the “big three” anime series. It has action-packed fight sequences, delightfully funny moments, and heartfelt, tragic parts. The plot takes on a darker and somber tone in Naruto Shippuden. The protagonists grow up and confront more daunting obstacles ever from the darkness. Naruto is famous for its unforgettable characters and friendships. It is one of the most popular shounen anime series of all time. 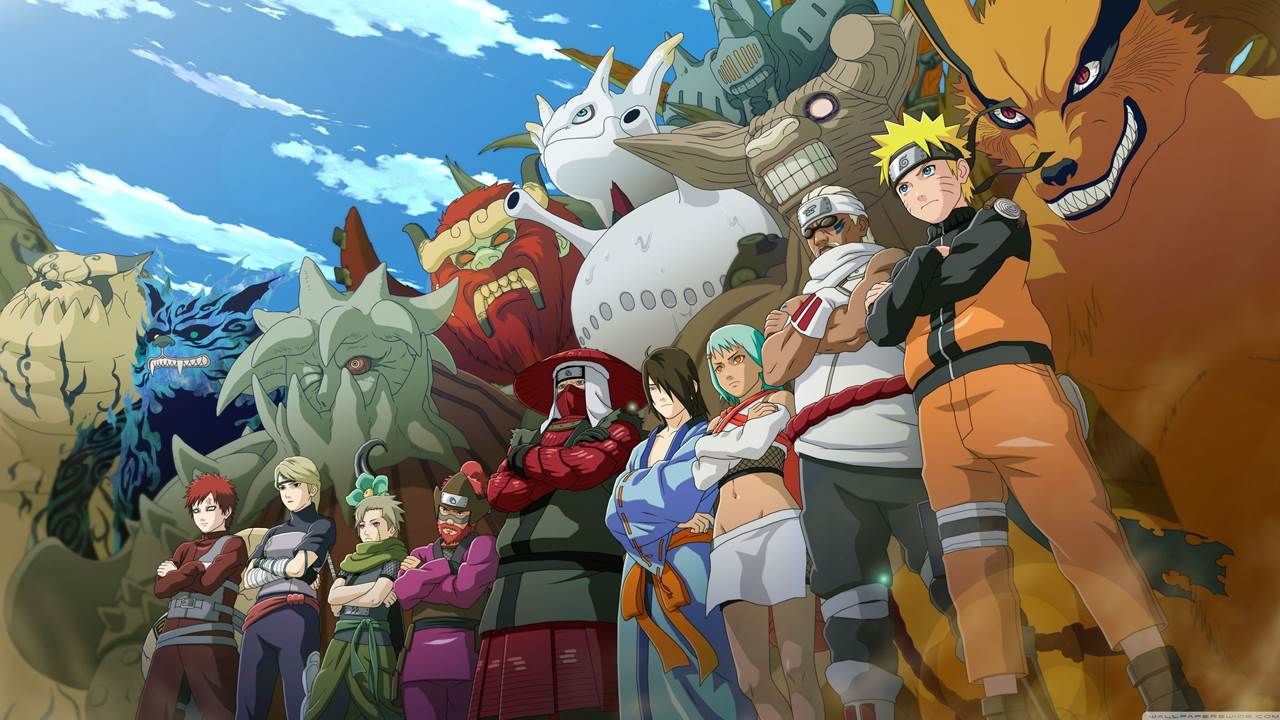 Baccano delivers more narrative and drama into 16 episodes than most anime can in double or even triple that. It’s a fast-paced thrill trip, similar to the famous train ride that acts as the story’s focus, and it boasts some of anime’s most iconic psychopaths. Baccano evolves like a jigsaw, with practically every episode revealing a new insight that completely changes your perspective on things. And, on top of that, it features one of the best English versions ever. 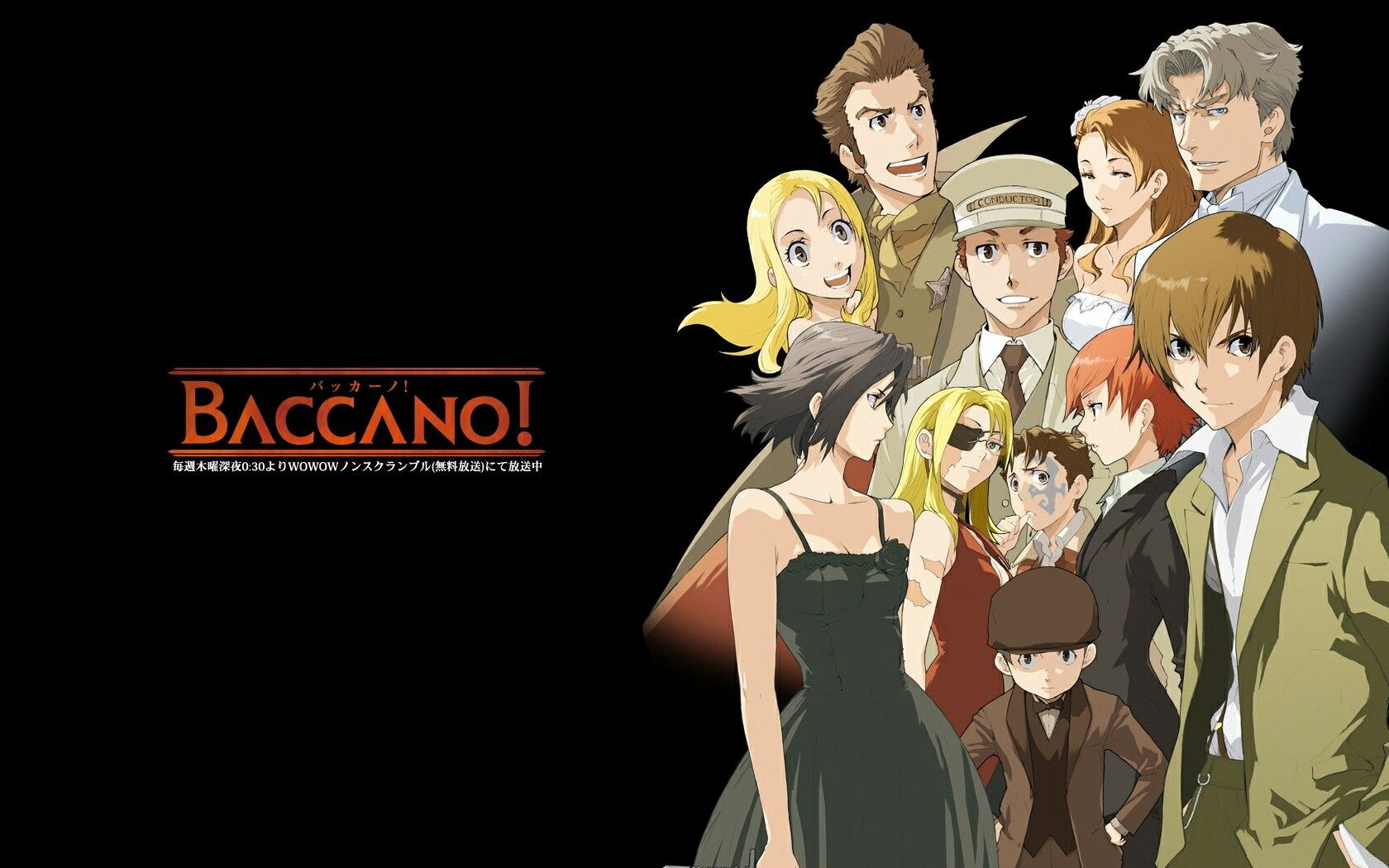 Code Geass: Lelouch of the Rebellion (8.7)

This show has lasted the ravages of time because of its appealing elements. A compelling environment built on thorough world-building. A thriller-style narrative built on strategy and shocking surprises. The story is set in a parallel universe in which the globe is divided into three major powers: the Holy Britannian Empire, the Chinese Federation, and the European Union. The Holy Britannian Empire seized Japan. Depriving the nation of its identity and freedom, with the help of massive mechs, before the story begins. Lelouch, the protagonist, is an exiled British prince residing in Japan. He intends to overthrow his father’s empire. Developed by political subterfuge, alluring mythology, and compelling characters. 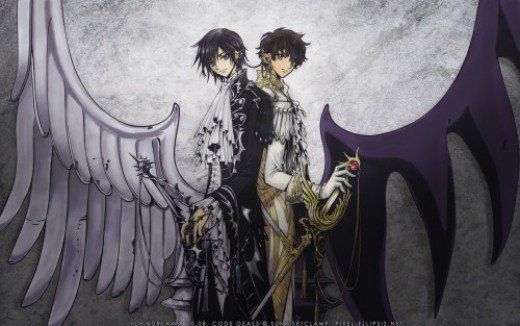 Shinichiro Watanabe’s reputation was at an all-time peak after Cowboy Bebop. His follow-up, a straightforward Samurai tale with a hint of hip hop, further added to his record as one of anime’s great directors. Samurai Champloo, like Cowboy Bebop before this, was more or less episodic. The overall story isn’t particularly interesting, but the individual arcs of each of the show’s three main characters were fascinating to follow. Equal quantities of emotionally engaging story beats and literally off-the-wall action.

The anime’s final two episodes are still causing controversy. Evangelion’s continued greatness as an enhanced take on the mecha anime genre. It is a terrifying and deeply personal portrayal of sadness. Despite several continuations, nothing compares to the classic of Neon Genesis Evangelion’s initial run. It remains a fan favorite. It exemplifies how a solitary artist’s approach to storytelling can produce art that resonates for years. 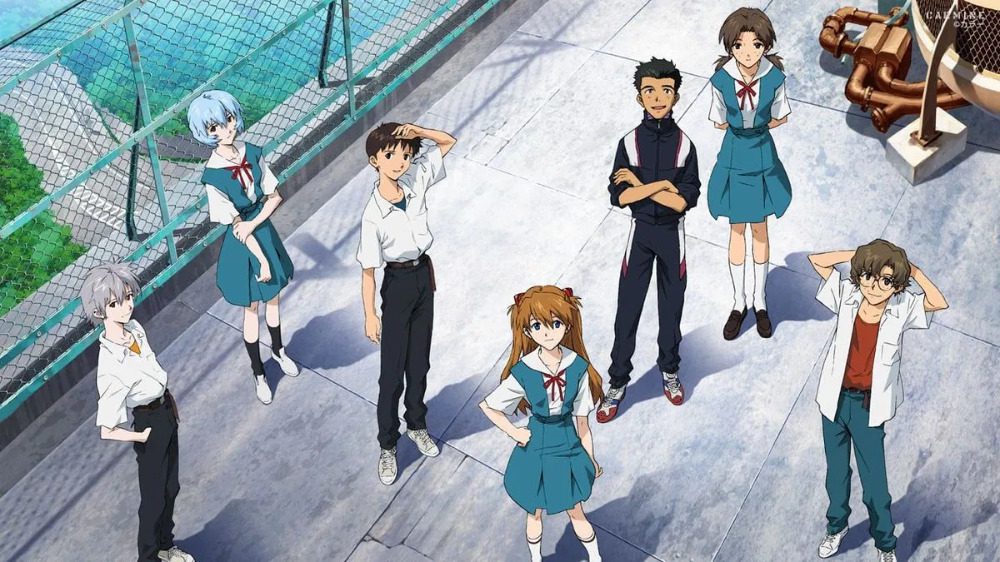 There’s an explanation Eiichiro Oda’s One Piece has now been running since 1999 and has spawned numerous theatrical and television adaptations. The funny, gripping narrative of flexible pirate captain Monkey D. Luffy and his unending quest to become the next Pirate King has us hooked. The series is immensely amusing, but it’s the characters who keep you watching for 900 episodes. 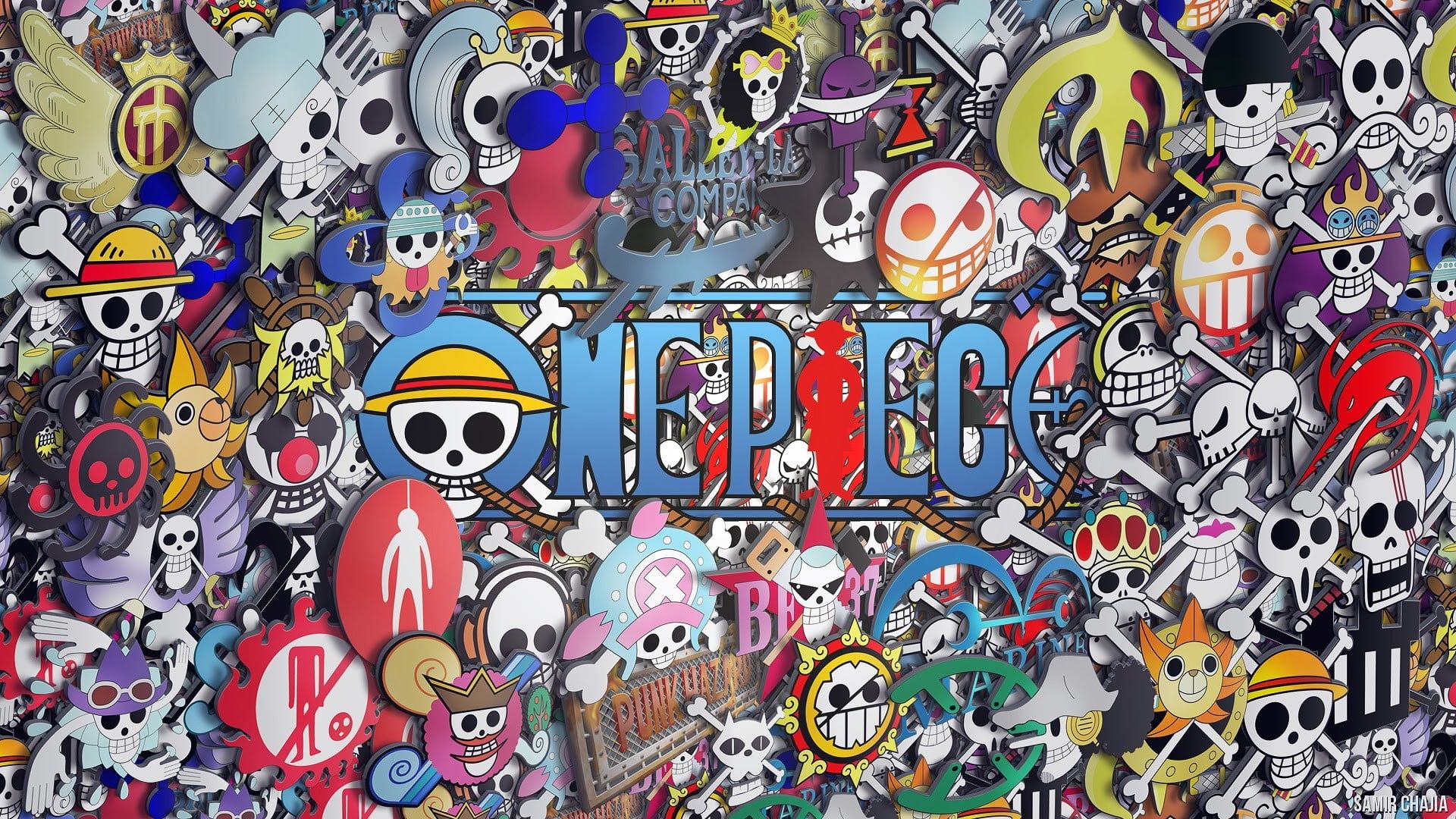 Also Read: Top Facts About Fish-Men From One Piece

Cowboy Bebop still holds up surprisingly well, both in terms of thought and execution. A compelling tale and terrific characters, Cowboy Bebop has left an indelible mark on the anime community. Cowboy Bebop is still a hit due to the consistently accessible plot that runs through its 26-episode duration. Even after all these years, its examination of adult issues like bereavement supports the crew’s trek through the stars, making it a show we’re eager to return to. 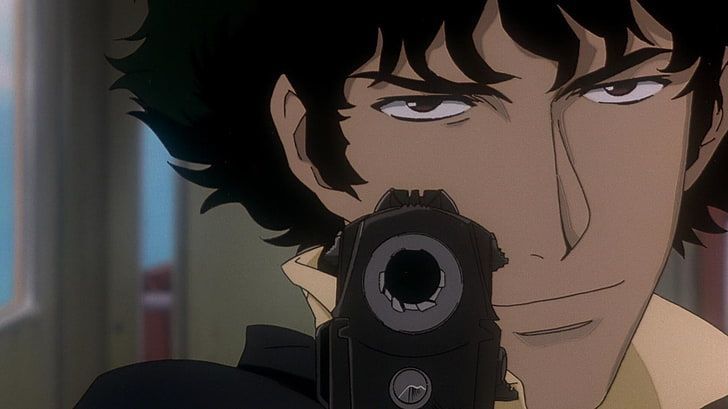 Monster is undoubtedly one of the best anime/manga stories ever told. It’s also a unique anime in its own right because of how distinct it is from anything else. Monster is refreshingly anchored in reality in a medium characterized by enormous robots, superpowered heroes who shoot lasers out of their fingers, and virtual fantasy realms. It’s a dark, sophisticated, realistic thriller—about a nice man who lost everything since doing what he thought was right. The horrible descent he must go through to remedy his wrongs. 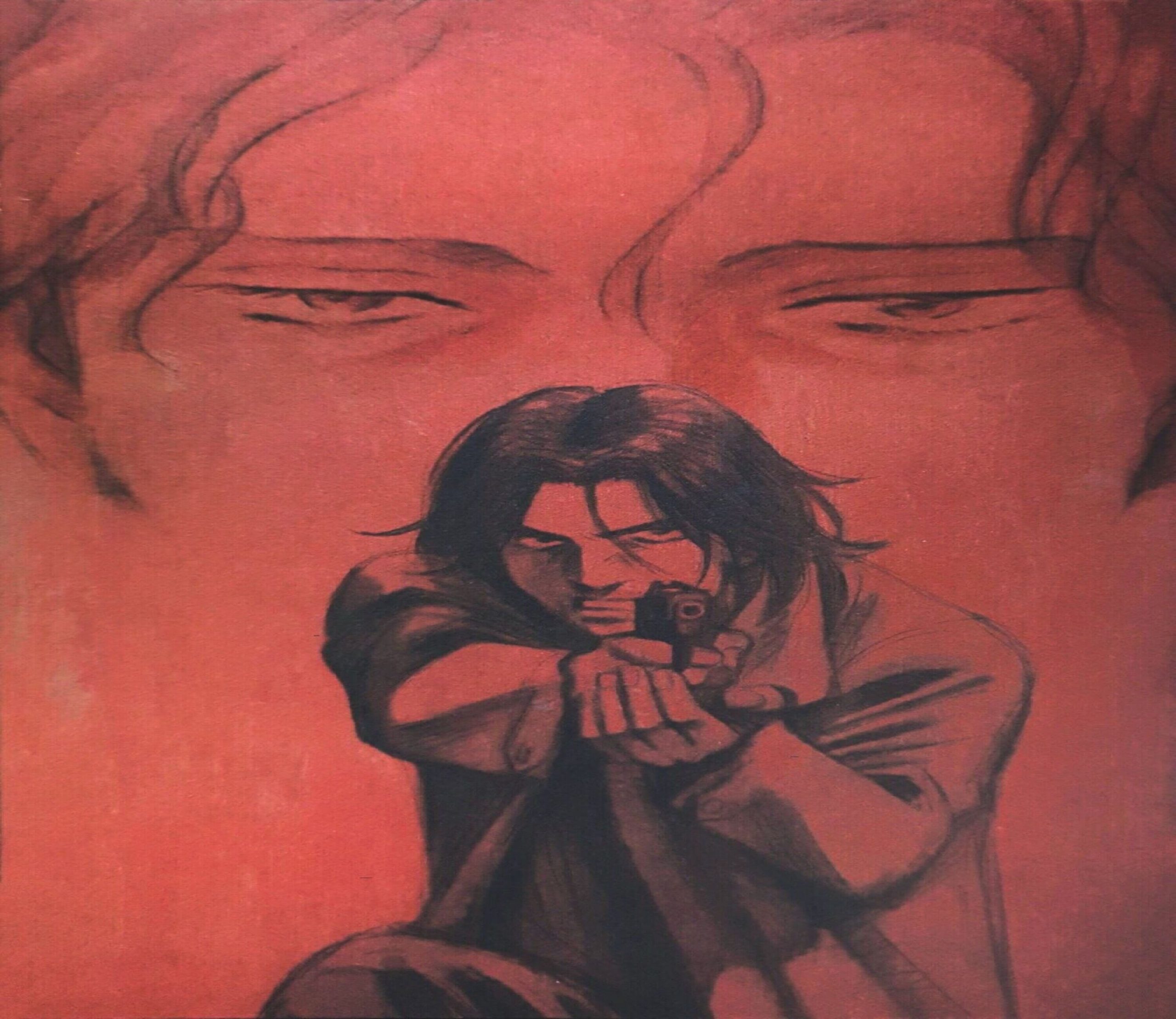 Most anime series struggle to balance a cast of compelling characters, memorable moments, and spectacular fights while laying out elaborate world-building. That is what distinguishes Fullmetal Alchemist: Brotherhood. The mechanism that frames our arrival into this vast universe is sympathy. Elric brothers engage in forbidden alchemy in order to resuscitate their mother at the expense of their physical selves. It leads fans through a world of monsters, political conspiracies, and divine intervention. It has elegance and unforgettable moments that will have you cheering for the Elric brothers in front of your TV. 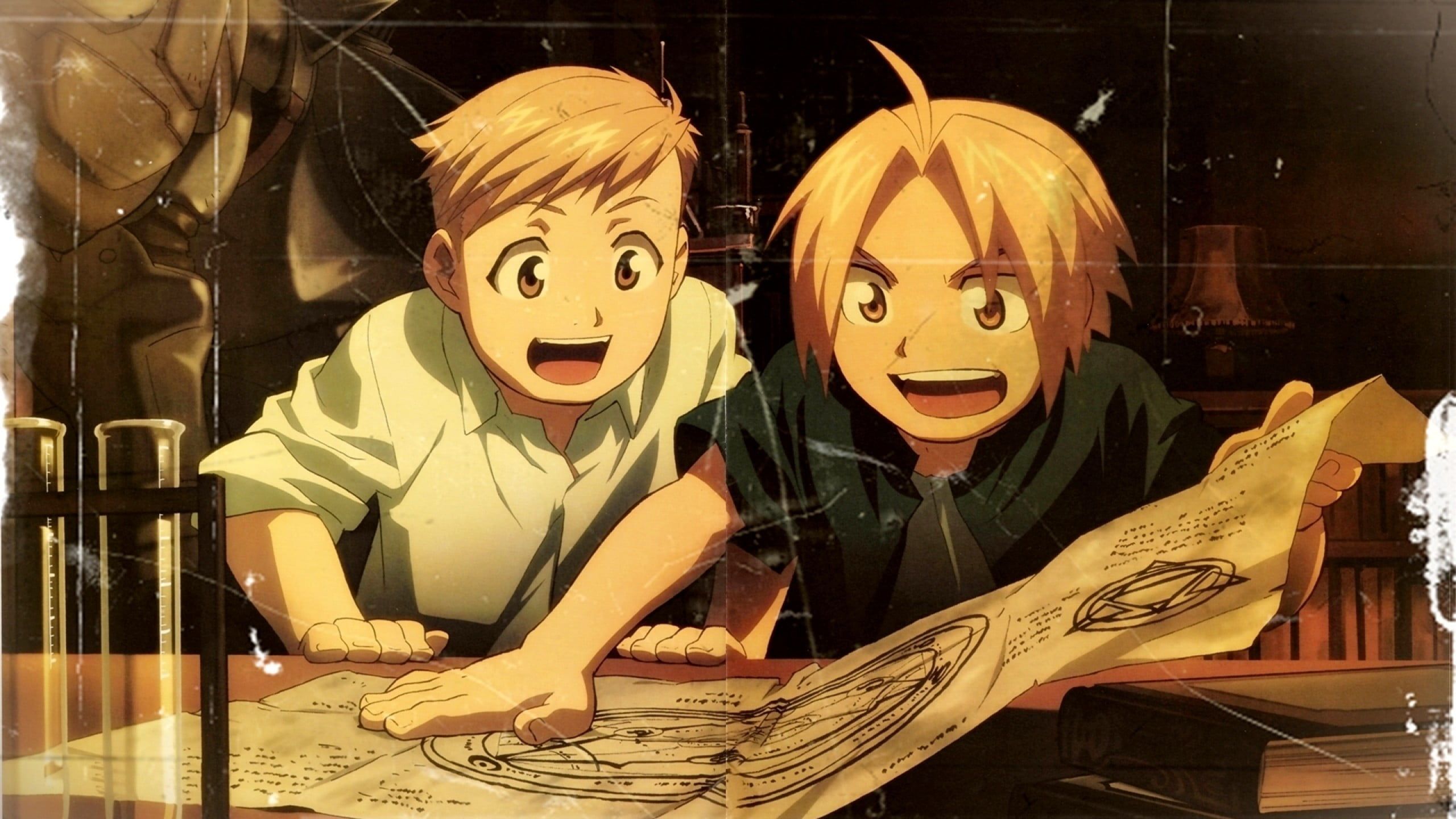 After acquiring a notebook that has the potential to kill anyone whose name is entered into it, a bright high school student embarks on a hidden campaign to eradicate criminals. Light later attempts to utilize the Death Note to carry out a nationwide murder of those he deems immoral. He does so in order to build a crime-free society under the pseudonym of a god-like vengeance named “Kira”. The potential strategy of an elite Japanese police task unit, led by mysterious detective L, to catch him is the focus of the series. 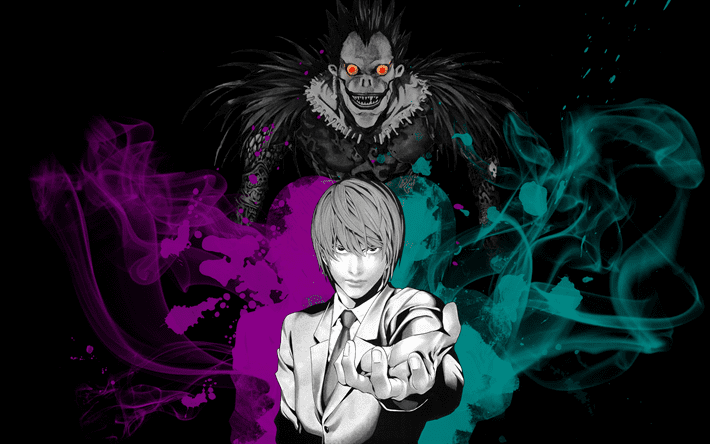 Hunter x Hunter begins with a well-worn formula: A protagonist, in this case, a little boy named Gon, sets off on his first journey from his small town. He departs the island in search of his long-lost father, who had abandoned him. His sole hint? Gon, a world-famous licensed Hunter, decides to take the infamously dangerous examination and become a Hunter. Hunter × Hunter may sound banal and upbeat, but it is everything but. The protagonists’ and villains’ emotional highs and lows, as well as their arcs, are among the best. The significant action is amazing, as it is in most shonen.

If you are looking for just the legit platform to binge-watch the above-mentioned extraordinary anime, you are at the right place. You can watch these and other of your favorite on Crunchyroll and Netflix. They are home to millions of such amazing anime.

If you are interested in knowing and reading more about anime and related mangas, keep on scrolling because here at OTAKUKART, we have your back.