OtakuKart
Home Lifestyle Net Worth What Is (G)I-dle Soyeon’s Net Worth? The Korean Rapper’s Earnings 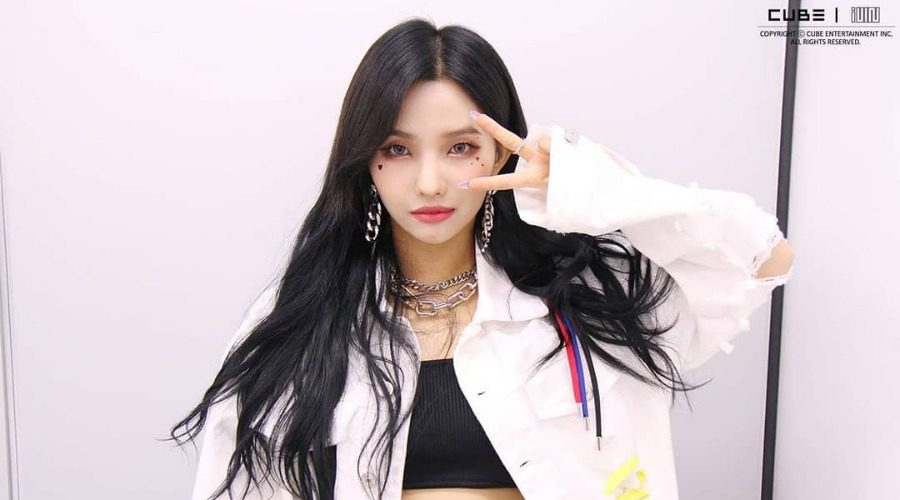 Appearing on MBC’s Radio Star recently, (G) I-DLE’s Soyeon is winning hearts lately. As Soyeon was seen alongside PSY and Sung Si Kyung on the talk show, the idol went on to talk about a lot of things. PSY even revealed that Soyeon’s songwriting skills really shocked him. With her rising popularity, netizens have been looking up (G) I-DLE’s Soyeon’s net worth and career on the internet. It’s sure that the idol has come a long way in her career. With (G) I-DLE’s latest comeback single ‘Tomboy’ and the album ‘I Never Die,’ the girl group is back on the k-pop radar. And fans are loving it.

Being a member of the girl group (G)I-DLE, Soyeon is not just the leader but also the main rapper, lead dancer, and main producer. She started her idol career as a trainee at Cube Entertainment in 2016. With her regular participation in several survival shows, Soyeon used to be one of the popular trainees. To show off her rapping skills, she even appeared as a contestant on Produce 101. Reaching all the way to the finale, Soyeon ranked 20th. The idol went on to compete on ‘Unpretty Rapstar’ and won third place. Filled with passion, Soyeon went on to make her solo debut with her 2017 single ‘Jelly’.

What Is (G)I-DLE’s Soyeon’s Net Worth?

(G) I-DLE’s Soyeon’s estimated net worth falls around $3 million to $5 Million. The assets and investments made by Soyeon are not available in public knowledge. Along with producing and composing music, Soyeon is also a part of several brand endorsement deals. Recently, she modeled for the sports brand Reebok. Topping the charts with her comeback, Soyeon is currently busy attending talk shows and preparing for live performances with the girl group.

Also Read: GFriend Yerin’s Net Worth In 2022: How Much Does This Former Idol Girl Group Member Make?

A Look At Soyeon’s Journey: From A Solo Artist To The Leader of (G)I-DLE

In 2018, Soyeon went on to make her debut with the girl group (G)I-DLE. Their debut single, ‘LATATA,’ went on to rank at Number 12 on the Goan Digital Chart. The idol revealed that the success of their debut single still haunts her. As she constantly feels that she needs to live up to the hit song. In an interview, Soyeon revealed that whenever she’s working on a song, she often wonders if the song is better than ‘LATATA’. Sometime after her debut, she went on to work on a virtual girl group called K/DA with fellow member Miyeon. The girl group was based on the characters of the game “League of Legends”.

In March 2021, CUBE Entertainment announced that Soyeon would be making her solo debut once again. With her first mini-album, “Windy,” the idol went on to win hearts once again. Teaming up with Pop Time and Kako, Soyeon wrote the lyrics and composed the song herself. Known as one of the best songwriters out there in the industry, Soyeon’s name is written on (G) I-DLE’s discography as a songwriter a lot of times. But the idol wasn’t immune to the trouble.

What Happened In Soyeon’s Plagiarism Controversy?

In early 2022, (G) I-DLE’s Soyeon and her agency, Cube Entertainment, got into a controversy regarding plagiarism over the “My Teen Girl” finale song. Being a mentor on the survival show, Soyeon gifted the contestant a song titled ‘SUN’. After the performance, netizens pointed out how familiar the song was to ATEEZ’s 2019 single ‘WAVVE’. Looking at the credits of ‘SUN,’ ATEEZ’s name was on the list. But neither ATEEZ nor their agency has given their permission to use the song. Soyeon and her team went on to address the controversy as soon as they could.

Apologizing for all the problems created after the ‘SUN’s release, the company revealed how things went wrong. After the first problem, they sent a request to the production company of “SUN”. They asked the team to modify the credits. But because of less time, the team had to proceed as things were.

Also Read: What Is Choi Sung Eun’s Net Worth In 2022? All About ‘The Sound Of Magic’ Star’s Work