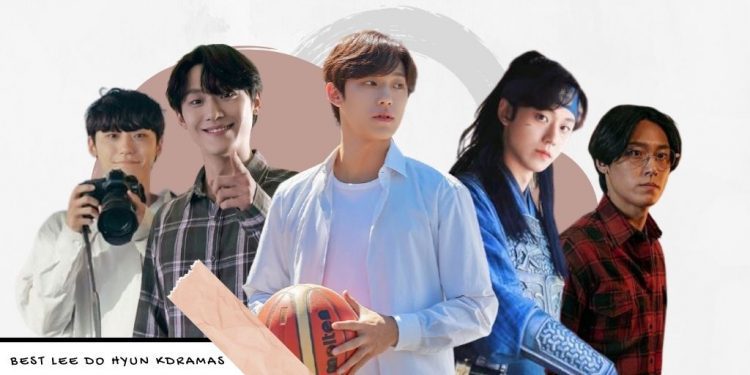 Although Lee Do Hyun is relatively a new actor on the scene, he has been collecting hearts with all of his magnificent kdramas! There is no doubt that the whole of the Korean industry had fallen in love with him when he made his grand debut. Lee Do Hyun has a knack for choosing amazing kdramas. Maybe, it is all thanks to his ability to choose mind-blowing kdrama scripts. Plus, there isn’t any genre that Lee Do Hyun hasn’t tried to experiment with. From horror and fantasy to melodramas and rom-coms, there is noting the actor hasn’t done! People say action speaks louder than words, but Lee Do Hyun’s eyes say more than any action or word.

Not only is he outstanding in acting, but he is also awesome at playing the piano. Korean parents like putting their kids in piano classes. Lee Do Hyun must have been worth every penny. Fans were more than mesmerized when the actor effortlessly started playing the piano during one of Youth Of May’s behind-the-scenes videos. Other than being super-talented, the actor is known for his cool and funny personality. He had the cast members of Running Man and more variety shows in laughing fits for his effortlessly funny personality. Lee Do Hyun doesn’t go a single day without reminding his fans that they should love themselves.

He proved this when he shared that even when he had been surrounded by many talented people around him in the acting academy he used to go to, he didn’t feel even a bit intimidated! Basically, you wouldn’t get a single reason to hate on Lee Do Hyun. Now, without further ado, check out all of the splendid actor’s ake Lee Do Hyun, kdramas ranked.

The story revolves around Shin Hye Sun and Yang Se Jung. At the age of thirty, both of them are struggling to get hold of their lives due to a traumatic incident they both faced thirteen years ago. Additionally, Shin Hye Sun was a genius at playing violin, but a tragic accident paused her life for thirteen whole years. Gong Woo Jin believes that he was the reason behind this accident and hence isolates himself from the rest of the world. The two meet years later and heald their wounds together. This series is a special one among Lee Do Hyun kdramas because even though he does not play the main character, he still shines. You can watch Thirty But Seventeen on Rakuten Viki.

This was the kdrama that took Lee Do Hyun’s popularity to the next level. 18 Again is everyone’s cup of tea. It is the perfect blend of hilarious, mysterious, and touching. The reason behind the perfect storyline of this kdrama may be the fact that it is written by three brilliant screenwriters. Kim Do Yeon, Ahn Eun Bin, and Choi Yi Ryun. Additionally, 18 Again is directed by Ha Byung Hoon, who has previously also directed a similar and equally intriguing series by the name Go Back Couple. The K-series was broadcast on jTBC from September 21 to November 10 in 2020.

18 Again answers the question everyone has once asked themselves in their life ”Would life be perfect if I went back and made all my mistakes, right?”. Hong Dae Young, after reaching the lowest point in his life, gets the chance to go back to his eighteens with the mind of a thirty-seven-year-old. Although he has the upper hand at life now, because he has already experienced life, Hong Dae Young soon realizes that there is no such thing as a ‘perfect’ life. 18 Again will make you feel all kinds of emotions and make you look at life from a new perspective.

It is starring great actors like Kim Ha Neul (A Gentleman’s Dignity, The Wind Blows), Yoon Sang Hyun (Terius Behind Me, Shopping King Louie), Hwang In Yeop (the second lead in True Beauty that stole our hearts), and our boy Lee Do Hyun. You can watch this wholesome series on Rakuten Viki with subtitles in the language of your choice.

We assure you that Hotel Del Luna will 100% be on every best kdrama list. Ranging from outrageously funny moments to scenes that will make you sob out loud, this drama can truly be described as a beautiful, emotional roller coaster. Furthermore, Hotel Del Luna is directed by the amazing Oh Chang Woon (While You Were Sleeping, My Love From The Stars, Run Towards Tomorrow).  The screenplay of this Hotel Del Luna is masterfully crafted by Hong Jung Eun and Hong Mi Ran. The unbeatable duo that has given us iconic kdramas like A Korean Odyssey, My Girlfriend Is A Gumiho, The Mater’s Sun, and so many more. Hotel Del Luna premiered on tvN in the July of 2019 and aired sixteen episodes till September 1.

The cast of Hotel Del Luna includes popular actors such as IU (Moon Lovers: Scarlet Heart Ryeo) in the role of Jang Man Wol, Yeo Jin Goo (My Absolute Boyfriend) as Goo Chan Sung, Shin Jung Keun (Pinnochio) as Kim Sun Bi, Bae Hae Seun (Happiness) as Choi Seo Hee, P.O from Block B as Ji Hyun Joong, and last not but not the least, Lee Do Hyun as Go Chung Myung. In this romantic horror kdrama, Lee Do Hyun as Go Chung Myung will make you cry tears of blood. Just like every other kdrama that he has been in, Lee Do Hyun’s eyes and smile tell a story of their own. The plot of Hotel Del Luna revolves around Jang Man Wol, the CEO of Hotel Del Luna. Fulfilling her punishment, she has been tied down to a tree for more than a thousand years, serving people on their way to the afterlife.

The only way she can attain freedom is if she lets go of her thousand-year-old resentment. Lee Do Hyun plays the source of Jang Man Wol’s resentment in this intriguing kdrama called Hotel Del Luna. You can watch Hotel Del Luna on Rakuten Viki.

Another great addition to the melodrama genre by the prince of melodrama, Lee Do Hyun. Melancholia stays true to its name and tells the heartbreaking story of a teacher and a student whose lives were destroyed because of a misunderstanding. Moreover, Melancholia adds another pedestal to Director Kim Sang Hyub’s crown. He is known for his work in popular kdramas such as True Beauty, Extraordinary You, and Glamorous Temptation. The amazing storyline of this drama is crafted by Kim Ji Woon (Hyde, Jekyll, Me,  Doctor John).

The plot of the story revolves around two individuals who consider Mathematics as the center of their universe. We are sure this fact itself must have interested you. But there is more. Adding to the layered storyline, Melancholia also has a thrilling factor about itself. When Ji Yoon Soo and her student Baek Seung Yoo are get caught in a scandal, it results in Ji Yoon Soo losing the job she loves and Baek Seung Yoo losing interest in the subject he loved the most. In Melancholia, Lee Do Hyun plays the role of Baek Seung Yoo, a math prodigy. At the mere age of five, this little boy was able to solve math problems that even college students could not.

Baek Seung Yoo and Ji Yoon Soo formed a special bond thanks to their love for maths. However, when they are accused of having a scandalous relationship, both fail to prove their innocence. Years later, both of them decide to prove their innocence and the corrupt people who were behind the scandal. You can watch this intriguing Lee Do Hyun kdrama on Rakuten Viki.

If you have not heard of Sweet Home, are you even a kdrama fan? This thrilling kdrama gained mass global recognition. Through this series, South Korea once again proved that it has the best thrillers. Furthermore, Sweet Home is a Netflix exclusive web series. The drama is directed by Lee Eung Bok, one of the best directors in South Korea. He is well known for his work in Goblin, Descendants Of The Sun, and Mr. Sunshine. This web series is a readaptation of the famous webtoon by the same name, written by Kim Kan Bi and Hwang Young-Chan. The cast of this drama received major recognition after their stellar performances in this web series.

He, along with his sister Lee Eun Ho use their skills and power to help the residents stay safe. Definitely, this is one of the best picks from Lee Do Hyun kdramas.

This Lee Do Hyun kdrama is truly an underrated gem. Youth Of May is a drama that ticked every check box required to be an evergreen drama. From romance, thriller, heartbreaking backstories, and most importantly, the struggle of students during the Gwangju uprising in 1980, Youth Of May leaves no pages unturned. Additionally, Youth Of May’s screenplay is written by Lee Kang (SPY). Moreover, he has crafted the storyline of Youth Of May after a thorough study of the real-life events that took place in Gwanju, South Korea, in the May of 1980. Song Min Yeop (Doctor Prisoner) is the director of Youth Of May. Just like the story it tells, the kdrama also aired on KBS2 in May.

Youth Of May focuses on the charming, rich, and bright student Hee Tae and a selfless nurse named Myung Hee. Although they were practically forced to meet, Myung Hee and Hee Tae were destined to be. Hee Tae could not help but fall for Myung Hee and her selfless heart ever since their first meeting. The first part of the series will make you feel butterflies in your stomach through the budding romance of Hee Te and Myung Hee. Whereas the second half will tear you apart as it explores their struggle for survival and the tragedies that took place during the Gwangju uprising.

Youth Of May will make you realize the struggles and pain that the people during that time had gone through with its magnificent storytelling. Lee Do Hyun plays Hee Tae in Youth Of May. A young boy who masks his pain by pretending to be unbothered and cold. After meeting Myung Hee, Hee Tae discovers the worth of his voice and finds the courage to stand up for what he feels is right. You can watch this mind-blowing Lee Do Hyun kdrama on Rakuten Viki.

Megan Thee Stallion Knees Challenge on TikTok: Get Your Dancing Shoes On!