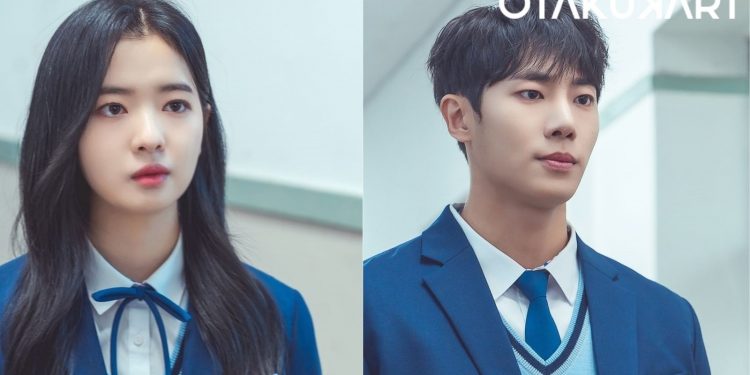 Many things are happening in School 2021. The fans are happy to see Gong Ki Joon (Wei’s Kim Yohan) and Jin Ji Won (Cho Yi Hyun) get together in a romantic relationship. Meanwhile, their second favorite couple – Jung Young Joo (Choo Young Woo) and Kang Seo Young (Hwang Bo Reum) still have several issues. The two were in a contract relationship. However, the recent changes in Young Joo’s feelings have created problems for the two. The latest stills released by KBS2 showcase the upcoming tension between Young Joo and Seo Young. Moreover, School 2021 Episode 12 will also showcase the future of their relationship.

The recent frames from the upcoming episode of School 2021 depict the rocky relationship between Seo Young and Young Joo. One of the main reasons behind their coldness could be because of Seo Young’s decision for her future.

While School 2021 episode 12 will overarch the icy relationship, we will also see the development in Gong Ki Joon and Jin Ji Won’s relationship.

The teenage drama is escalating quickly with its plotline. The fans are cheering on seeing all the students focusing on their careers as well. The drama comes from Kim Min Tae; meanwhile, it is written by Dong Hee Seon and Jo Ah Ra.

School 2021 Episode 12 will release on 30 December 2021, at 9:30 PM KST. The episode will release on a Thursday as per its broadcasting schedule. Unfortunately, the network has released no preview clip for School 2021 episode 12. But, KBS2 has dropped new images from the upcoming episodes.

Seo Young and Young Joo face each other with coldness in their eyes as they interact in the school corridor in the new stills. Seo Young looks enraged and betrayed and disrupts the situation by throwing harsh words at Young Joo.

The two ended their contractual relationship in the previous episodes after finding out about Young Joo’s crush on JIn Ji Won. Seo Young was heartbroken and was doing all she could to ignore his ex-boyfriend. The news of their breakup spread like fire, and Choi Tae Kang (Cha Joo Wan) took the chance to confess to Seo Young. However, Young Joo caught Tae Kang and gave him a warning. His actions raised questions regarding Young Joo’s true feelings for Seo Young.

Apart from the little confession scenario, Goo Mi Hee (Lee Ji Ha) will indirectly try to trap Young Joo by giving Seo Young an offer that she might not be able to ignore. Viewers are excited to find out if she will or not accept the request and the future of her getting into her dream universities.

The production team shared, saying that the forthcoming episode will center around the strange atmosphere between Seo Young and Young Joo. Thus, do not forget to see how the second lead couple will overcome their problems in School 2011 episode 12.

KBS2 is the original network of the eighth installment of the “School” drama franchise. Thus, initially, all the fresh episodes were released via cable network on KBS2 in South Korea.

But don’t worry! Now, you can watch School 2021 drama online without any hassles. The teenage drama is also provided by Rakuten Viki, the American video streaming platform. It is the official network of School 2021. Hence, you can stream the episodes on the website or on its application.

You will be required to buy a subscription to access the previous and upcoming episodes. The price might vary from country to country. Once you get a plan as per your choice, you can watch the drama in HD with subtitles in English and other languages. Also, you can find many other Kdramas and Asian dramas on Viki.

Besides Viki, fans can also try to stream the drama online through Viu. However, Viu only operates in certain regions of the world. If the service is available in your country, you need to get a subscription to watch School 2021. Check here if Viu is available in your region.