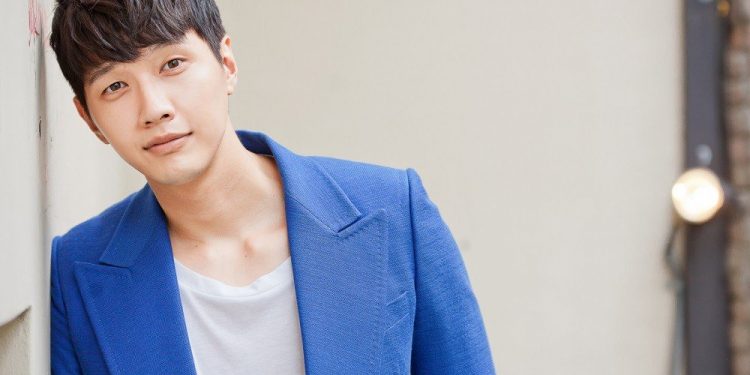 Playing the ‘Gentleman’ in the KBS ongoing K-drama’ Young Lady and Gentleman,’ Ji Hyun Woo came back to the TV screens this winter. Playing the father of three children and suffering from amnesia while his feelings get played by women in his life, Ji Hyun Woo is back at playing the roles he used to do early in his career. While his music career with the indie band ‘The Nuts’ is on hold for now. The fans can’t seem to be getting enough of the gentleman. So here is a look at the top K-dramas starring Ji Hyun Woo for the time when you want to get to the old lane.

While Ji Hyun Woo is a very popular name in the k-drama world, he is not limited to TV and has also done some amazing films. Making his debut as an actor in 2003, he’ll be completing his two decades in the acting industry soon. It didn’t take long for him to bag his first lead role in the 2004 k-drama ‘If You Only Knew,’ followed by a k-drama every year. At the peak of his career with an ongoing k-drama, Ji Hyun Woo has another one waiting for him too.

Here Is The List Of Top Ji Hyun Woo K-dramas Other Than ‘Young Lady & Gentleman’!

The 2020 k-drama starring Ji Hyun Woo alongside Kim So Eun and Park Geom Il shows a story of a co-live house. The story follows three people, Cha Kang Woo, Lee Na Eun, Kang HyunJin, in their 30s. They want to have a romantic life but are too lazy to put effort into a serious relationship. Kang Woo is a psychiatrist and afraid of having a romantic relationship due to trauma from his past, while Na Eun is a freelance copy editor and hopes to become a novelist one day. Living together in a house with frustrating lives, feelings were bound to rise. ‘Lovely Enough To Love’ has mixed reviews. It could either be terrible or the best drama ever for you, from comedy, sweet romance, to tremendous character growth that goes into some pretty deep subjects. The k-drama having ten episodes has everything.

Starring alongside Park Han Byul, Ryo Soo Young, and Wang Bit Na, this 2019 Ji Hyung Woo k-drama is a stereotypical story. The story follows Mi Ra, a woman trying to escape from her marriage due to domestic violence. Married into a wealthy family with a seemingly perfect life, her life is a literal hell. As the ideal husband, In Wook is an obsessive lunatic who is also violently abusive. She manages to convince a plastic surgeon to reconstruct her face in order to hide. But as the realization hits her, she realizes that she is given the face of the surgeon’s dead wife. The story and the characters are simple yet complex. If in the mood to watch a story of an obsessive love that makes a man slowly drift into insanity. ‘Love In Sadness’ with its 40 episodes, is a right fit.

Where To Watch: Rakuten Viki, Kocowa

The 2012 k-drama became a global hit not just because of the story but because the actors ended up falling in love on the set. Starring alongside ‘Goblin’ fame Yoo In Na, this Ji Hyun Woo k-drama ended up having two Chinese remakes. The story follows Kim Boong Do, a scholar who supports the reinstatement of Queen In Hyun in replacing King Sukjong’s queen consort when Jang Hee Bin’s schemes backfired on her. Traveling 300 years into the future of modern Seoul, he meets a no-name actress, Choi Hee Jin. She is trying to make a career renaissance by starring in Queen In Hyun in a TV drama. With the show coming from the actors’ early careers, they have done a good job. Having a slow start, the drama goes on to pull the viewer’s heartstrings. One of the best k-dramas to pull off the time-skipping part, this 16 episode k-drama is a must-watch.

The 2005 k-drama starring Park Sol Mi, Kim Ji Hoon, Ji Hyung Woo, and Go Eun Ah is a family thriller. The story has a strong female lead named Kim Kyung Sook. She has two brothers, Kyung Ku and Kyung Min, and a step-sister Geum Shil. Her father married Geum Shil’s mother, but it wasn’t a happy marriage. She even had an affair with the rich landlord in the village, Park Byung Sam. He was also running for a career in politics, Some time into the affair as the elections get done. Her body was discovered in the river. The blame automatically fell on Kyung Sook’s father. And he died in custody before trial because of torture by the police. While Geum Shil got adopted by her uncle, Kyung Sook had to move to Seoul and take care of her brothers, along with clearing her father’s name and taking his revenge. The makjang has 30 episodes with each having a runtime of 30 minutes.

Where To Watch: KBS World

In the mood for an idol k-drama and some reality check? ‘Over the Rainbow’ remains one of the most underrated k-dramas. Starring Ji Hyun Woo, Seo Ji Hye, Kim Ok Bin, and Hwanhee, the story shows the two sides of the crazy world of dancers and singers. Kwon Hyeok Jo, an aspiring dancer, fell in love with Jeong Hee Su, an aspiring singer. Rex, who is the biggest asset to Pride Ent. is pretty talented and is trying to get out of the bounding contract to work in his own way. While Mi Sang Mi is still not sure what she wants to do. From good acting and soundtrack to original storyline and directing, ‘Over The Rainbow’ is a 16 episode k-drama that remains a must-watch even though it has been more than a decade since it came out.

Where To Watch: MBC

The 2017 k-drama stars Ji Hyun Woo alonsgisde Seo Hyun, Kim Ji Hoon, Im Ju Eun, and Ahn Kil Kang. As the name suggests, the story revolves around a bunch of thieves. They come from all types of different backgrounds. Living by the rules, even while growing up poor, they worked hard to better their lives. But the cruel realities of society didn’t let them escape their situation. To save their future, the thieves team up to fight in the present. Searching for their long-lost family members, they decide to commit one last heist for the sake of justice. The 50-episode k-drama is a huge commitment but offers some great insight into the descendants of Korean Heroic troops.

Where To Watch: Rakuten Viki, Kocowa

The upcoming k-drama will have Ji Hyun Woo and Song Ha Yoon as the lead cast. The romance story will follow two people who face misunderstanding and prejudice all the time. After losing his girlfriend, Oh Man Sang wants to live his life away from the world. But as he meets Yoon Da Young, his thoughts on life begin to change. The show will be produced by Channel A. For now, the release date hasn’t been announced yet. As it has been two years since the k-drama got announced, fans are hoping that the channel will drop a release date or an update on the show. Even though the story of this show is a bit similar to the ongoing k-drama, fans are hoping that there will be new dimensions to the story.