BTS's militray Service decision is out. 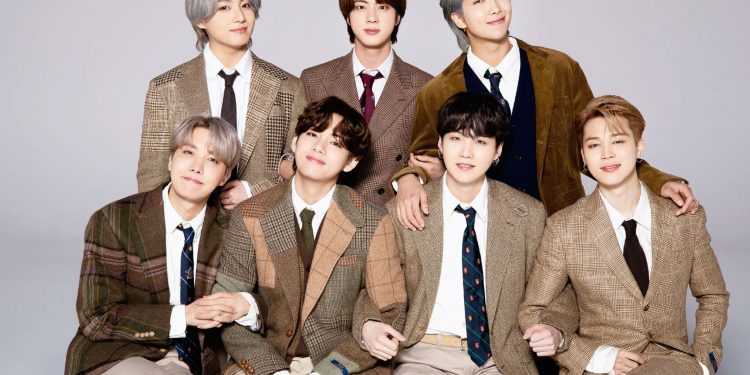 BTS is always in the limelight: sometimes it’s their new achievement, and for recent years, their Military enlistment is also a vast topic of discussion. This year, in July, BTS submitted their enlistment deferral request to the  Ministry of Culture, Sports and Tourism. And, the results of the request were presented at the meeting held on November 25. Both BTS and its label HYBE have not released any official statement regarding the news. But it looks like the BTS ARMY already has a thousand reactions to the information. Anyway, the legal conclusion surrounding Military Service Decision for BTS and their exemption is now live.

BTS, the South Korean pop sensations, has been associated with the subject of Mandatory Military service enlistment for years. In South Korea, every male has to serve two years in the Military before turning 30. However, the norms can be tailored for well-known famous celebrities. Unfortunately, the adoption of The Military Service Act amendments was postponed during the recent discussion on BTS’s Military service exemption discussion. The Amendment would have allowed alternative Military service to the boy band.

The Judgement for the enlistment or exemption of BTS from the Mandatory Military Service was becoming necessary day by day. With a closure report from South Korea’s Defence Ministry, BTS, HYBE Label, and the fans.

On November 25, 2021, the South Korean Defence Committee deferred the request for three Military Service Act Amendments, which would have been allowed BTS to pick alternative military service conditions. However, now that the amendments are not approved, BTS will have to enlist.

Yes, Bangtan Sonyeondan, or BTS, will be enlisted in the Military, but with minute changes. The seven-member Kpop boy band, currently setting the SoFi stage on fire in LA, got a time window until next year. Jin or Kim Seok Jin, the eldest of BTS (28 years old), should have enlisted in the Army by now. Nevertheless, the Manpower Administration has stretched the deadline until December next year.

The revision of the Military Service Act took place in June this year. Moreover, the enlistment of certain famous artists can exceed until the age of 30.

Jin will turn 29 on December 4, 2021. Hence, by next December, he will be almost 30. It looks like the Ministry of Culture, Sports, and Tourism did give BTS special treatment. Not to forget, BTS has helped the South Korean economy to soar in the past years. And, the group is also one of the reasons behind the country’s rising GDP.

The BTS Military Enlistment and Exemption decision has created some problems with HYBE’s finances, however. HYBE Label, the house to BTS, saw a drop in their share prices due to the issue. The stock price of HYBE agency fell last month. To be precise, the company saw a fall of 10.14 percent from November 17 to 26. Furthermore, the industry statics states that BTS is accountable for 87.7 percent of HBYE’s sales.

There has been a prolonged debate on whether BTS should be exempted from Military service or not. While the government officials made their decision, fans had their own views. Due to the constant BTS achievements, Knetz and BTS Army have praised the septet again and again. From the many thoughts, half of them want the boys to be exempted. Meanwhile, the other half would like to see the boys joining the Military.

It’s true that BTS’s discography will disrupt once the members start their Military service. The BTS members- RM, Jin, Suga, J-Hope, Jimin, V, and Jungkook- have never denied joining the Military for their mandatory service. Therefore, fans are also supporting the decision.

HYBE and BTS still need to share an official announcement on the Military decision. In the meantime, catch the highlights from BTS PTD On stage LA concert Day 1 here.

BTS is a seven-member group. The South Korean boy band made its debut in June 2021. After years of struggle and hit songs, they have become the biggest boy band on the planet. BTS has multiple achievements under its name. They also earned their second Grammy Nomination last week for the hit single, “Butter.”

Also Read: BTS Receives A Grammy Nomination: But Why Is ”Scammy” Trending Again?