Top 7 ‘Underrated K-dramas’ of 2021 to Add to Your List Immediately!

In the process of looking up for popular K-dramas, we tend to overlook the underrated gems. Let's discover some of the best underrated K-dramas of 2021. 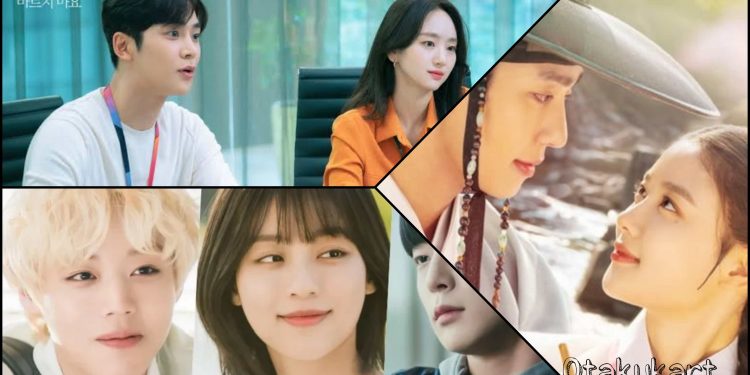 South Korea is an ace when it comes to producing TV shows that are witty, emotional, realistic yet ideal for almost everyone. Every year, scores of K-dramas are released, and while some of them become the talk of the town, others stay under the sheer cover of ignorance in spite of being worthy of appreciation. Of course, it is not always feasible to keep track of every K-drama released, especially for international viewers. That’s where we step in! Just because a certain series didn’t become popular and have been underrated doesn’t mean they aren’t worth watching!

While 2021 shows like ‘Vincenzo,’ ‘Squid Game,’ ‘Hellbound’ and ‘True Beauty’ are well-known in the K-drama world, we need to get over them, dive deeper into the sea of Korean shows, and give shots to some of the best-underrated series released this year. We have gathered the top seven best underrated K-dramas of 2021 for you to watch. Save them on your watchlist to experience quality time!

7. She Would Never Know

The drama has been inspired by the webtoon called ‘Senior, Don’t Put on That Lipstick’ created by Elise, which tells the love story of a younger man and an older woman. It follows an ambitious woman named Yoon Song Ah employed as a marketer at a cosmetics company. She dreams of establishing her own cosmetics brand one day with her hard work and dedication. She stumbles upon a fellow marketer named Chae Hyun Seung, who falls for her instantly.

He starts chasing her and does everything to capture her attention. However, Yoon Song Ah isn’t the type of person who believes in dating a younger man and keeps ignoring his approaches. Although the show has been marketed as a rom-com, it is more like an office melodrama flavored with engaging side storylines capturing the essence of various types of relationships.

6. Lovers of the Red Sky

A fantasy tale involving ghosts, demons, and gods, the show is based on the Dan dynasty of Korea. It centers on a woman named Hong Chun Gi, pursuing her dreams against the traditional norms of society. And the skilled astrologer Ha Ram, who can predict the future using Chun Gi, was born blind but later gained her eyesight and now is an art student of a prestigious art school. On the other hand, Ha Ram turns blind after losing his vision in a childhood accident.

The two of them end up getting sucked into the conspiracies of the royal court, falling in love with each other in the process. While Prince Yang Myung is the easy and cheerful prince of the kingdom, his brother, Prince Joo Hyang, is just the opposite. He is cruel and scheming and dreams of becoming the king one day.

5. At a Distance, Spring is Green

You have stumbled upon another great youth K-drama in your quest with Park Ji Hoon and Kang Min Ah starring ‘At a Distance, Spring is Green’. A coming-of-age drama about university students in their early twenties, the story revolves around a freshman named Yeo Joon, who comes from a well-off family and has a perfect life. At least that’s what it seems on the surface. Yeo Joon has major psychological scars from his past, which he has been hiding quietly in his heart. When he comes across Nam Soo Hyun for a group project, he begins to like his company and starts following him like a puppy.

On the other hand, a university student, Kim So-bin, who is average in almost everything, ends up being their friend, marking the beginning of an unusual relationship. The show is still underrated, despite it being unique and special in its own way.

‘Reflection of You’ is a unique take on the thriller-mystery genre of K-dramas that the world has left underrated. A story is about the constant urge and desire to make those people pay who had pulled you back before you could achieve your dreams. It revolves around a woman named Jeong Hee-joo who, after going through a hard time in her young days, becomes a successful essayist and painter. Although she is blessed with a great career, a wealthy and powerful husband, and two kids, she finds her life meaningless. However, when she comes across an art teacher named Gu Hae-won, she finds that despite lacking worldly means, her life is still so much colorful.

3. Dali and the Cocky Prince

‘Dali and the Cocky Prince’ is one of the best rom-com K-dramas of 2021 that didn’t receive the appreciation it deserves. It tells the tale of an ambitious and money-minded man named Moo Hak and a warm and knowledgeable woman with an artistic taste named Da Li. While Moo Hak has struggled and worked hard in his life to finally work as the managing director of a wide restaurant chain, Da Li has been living a life of comfort being the only daughter of a rich and upper-class family.

However, when her family loses their fortune after her father’s demise, her life turns upside down. She is left with an art gallery that ends up bringing these two people of entirely different personalities to come together and work as a creditor and debtor. The show is a combination of a perfect love story and humor spiced with a murder mystery that is executed in a clean manner without making it messy!

Now that’s what we call an underrated and under-appreciated series! As the title suggests, this is the Korean adaptation of the BBC One television series ‘Undercover’ that centers on the secret of Han Jung Hyun, who used to be one of the Agency for National Security Planning’s agents. However, during a big mission, he falls in love with a woman named Choi Yeon Soo and ends up marrying her. His topmost priority for the last thirty years has been the protection of his family of wife and children who now lives as an ordinary husband and father.

However, his peaceful and happy life turns over when his wife gets selected for a high-ranking government post. She tries to bring the truth to light against a powerful opponent. The show wonderfully tests the relationship of the two people when the wife comes to know about the big betrayal. The show is definitely worth giving a shot, especially for the main antagonist, who does an amazing job in portraying his character.

A webtoon-inspired K-drama, ‘Work Later, Drink Now’ begins as a hilarious and bizarre comedy series with one-dimensional characters. However, in the latter half of the show, it undergoes a seamless transition and puts into focus the more serious topics that people need to address, and strips off the layers of the characters. The plot spins around three friends in their thirties, the workaholic broadcasting writer Ahn So Hee, the weird YouTuber Kang Ji Gu and the beautiful yoga instructor Han Ji Yeon.

They hang out and drink with each other after getting off their work along with the variety show PD, Kang Buk Gu. If you need to come out of your slump, this might be the best choice for you! Not only is it a drama that focuses on friendship and relatable second-hand embarrassments but it also delivers some of the best life lessons.

Is The World’s Finest Assassin Gets Reincarnated in a Different World as an Aristocrat an Harem Anime?