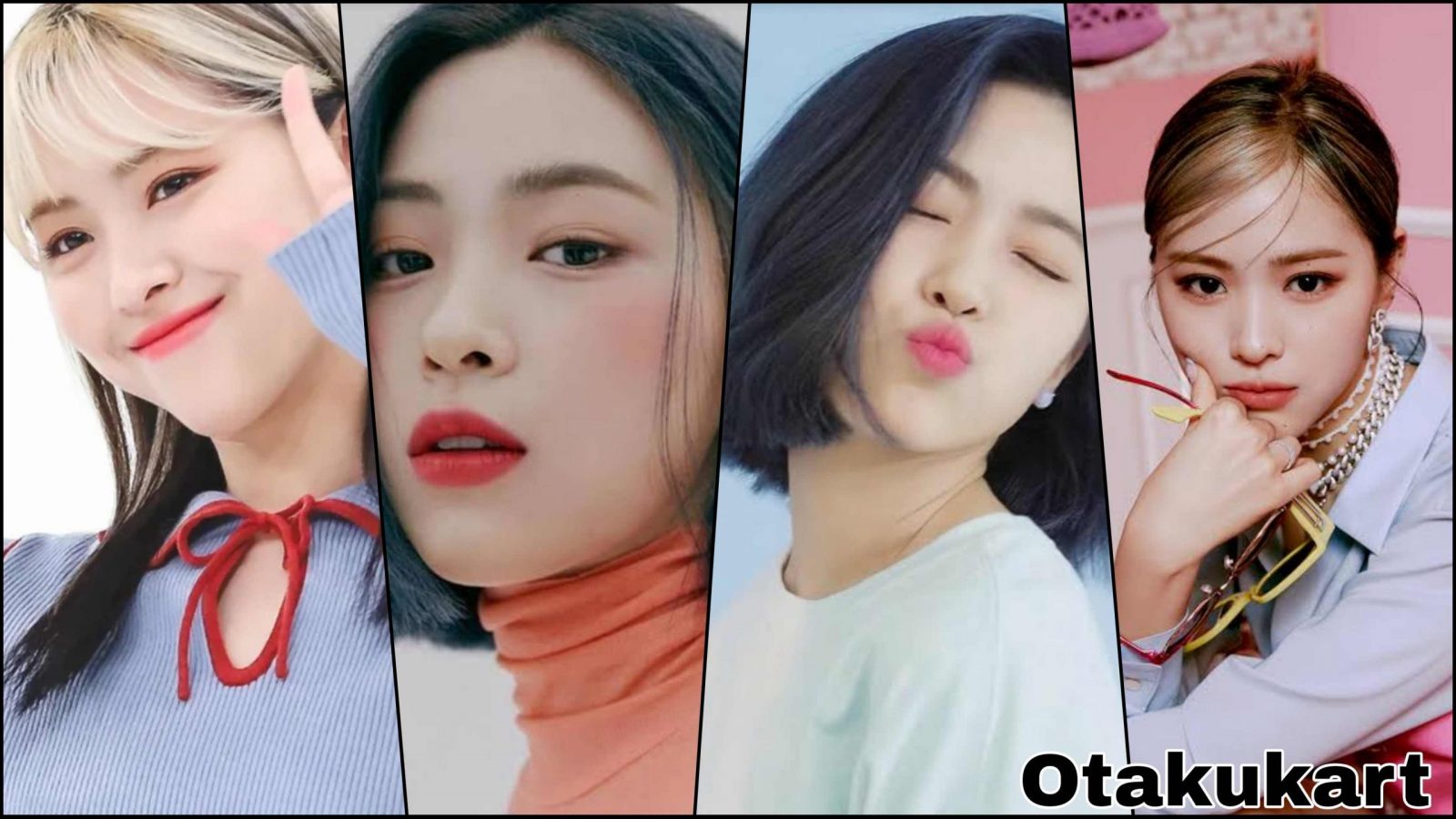 ITZY is probably one of the fastest-growing girl groups of the fourth generation, as all of its five members are better than each other in one way or another. After debuting in 2019, the girls—  Yeji, Lia, Chaeryeong, Ryujin, and Yuna have never known how to stop and have gathered immense love and support from domestic as well as international masses! Recently, it’s the center of the girl group, Ryujin, who has been the talk of the town after trending on social media last month, back to back. Known best for her powerful and expressive dancing, RyuJin serves as the main rapper, lead dancer, and sub-vocalist of the band. She is just twenty years old, but when it comes to delivering fierceness through her dancing, not many can stand a chance against her.

However, don’t mistake her attitude while dancing for her off-screen personality. She has a cute, adorable, and cool side who always likes to poke fun at her bandmates. No wonder people love her so much and get captivated by her dancing skills. Here are seven times Ryujin proved why she is worth all the praise and hype from the public. You must know about all these best wow moments of the latest’ Girl Crush,’ Ryujin’s career, which made us feel awestruck and proud at the same time!

1. Ryujin went from being a K-pop Fangirl to a K-pop Idol Herself!

So this might be a fact known to almost the entire fandom that Ryujin used to be a big fangirl of the K-pop boy group, GOT7, and getting scouted as a K-pop trainee was either a god-gifted coincidence or her fate! She had gone for a GOT7 fan meeting in 2015 and happened to come across someone from JYP who approached her to get her contact details. Although, in the beginning, she felt a little suspicious, she ended up giving her number because of his adorable nature. Thank god that she did!

She trained under JYP for four years before she made her official debut as a member of ITZY. Although the CEO of YG Entertainment, which is known for being one of the biggest music agencies in South Korea, had offered Ryujin to join YG, she refused it and continued training under JYP. They had wanted to steal her away owing to her attractive visuals and charming nature as a singer!

2. Getting Featured in a Video with BTS’s Jimin and J-Hope

While the fans of ITZY always wish to get collaborations of their favorite K-pop groups with the members of ITZY, Ryujin already has this achievement added to her CV! Before Ryujin had made her debut as an official member of ITZY, she was offered an acting venture in one of BTS’s reel videos of ‘Love Yourself: Her album’. It was a dramatic, film-like video in which she acted and performed alongside BTS members Jimin and J-Hope!

When one of her fans asked about her experience of meeting with BTS, she responded by saying how much she was thankful to them for this opportunity as she was during her training phase at that time. She added that they were very kind and patient to her and that it was one of her most memorable and favorite moments! Apart from this, Ryujin has even made an appearance in the reality show ‘Stray Kids’ in 2017, which brings one of the most popular K-pop boy bands of the current time into the limelight.

3. Ryujin Becoming the Ace in MIXNINE among the Girls in 2017

Ryujin was not only selected as one of the nine final contestants of the girls’ team on JTBC’s survival reality K-pop show, ‘MIXNINE’ but also went on to rank at the first position by the end of the competition! However, there was a competition between the girls’ and the boys’ teams, and only one of the two teams could debut as the new K-Pop group. Although Ryujin received excellent scores the entire season and deserved to win, her group ended up receiving lesser votes than the boys’ team.

Despite the loss, MIXNINE made sure to make her name known to almost every dedicated K-pop stan! Moreover, it was then that one of MIXNINE’s judges offered her a spot in the YG Entertainment, which he owned.

Also Read: Seven Times the K-Pop Girl Group Aespa Blew Us Away With Their Talent

4. Her Iconic Shoulder Dance in ‘WANNABE’

Wannabe was a smashing hit when it was first released, and the Mitzys still keep going back to watch the amazing music video on YouTube. While every member of ITZY did a praiseworthy job, it was RyuJin who received the most amount of fame because of her iconic shoulder dance during the song’s beginning! The dance went viral on TikTok as a challenge as several people tried it out, but none of them seemed to pull it off as smoothly as Ryujin! Although the steps looked relatively easy, upon trying, people realized that it was her who made them look so simple. Moving the shoulders so fast like that is definitely not a matter of a joke!

During a V-Live, RyuJin provided her fans with a mini tutorial of doing the vital dance steps. While she was trying to make it look over-simplified, explaining how it is done, the moment she asked everyone to do the entire thing quickly, it was nothing but a moment of silence… Well, easier said than done! Nonetheless, the fans found this moment very adorable.

5. Ryunjin being Chosen as the Artist of the Month in November 2021

ITZY becomes the only K-pop group to have three of its members selected as ‘Artist Of The Month’ aka ‘ATOM’ for Studio Choom as Ryujin adds her name to the list for the November edition! Before her, the group’s main dancer Yeji and second main dancer, Chaeryeong, had enjoyed their time being members of the series. The most-viewed series on YouTube, ‘ATOM’ is a special content created to showcase the performances and interviews of a particular artist in 4K who excels in the dance genre, usually posted on social sites like YouTube and Facebook.

Fan wars are common here as various fandoms dedicate to making their idols’ performances the most-viewed ones. When the fans came to know about Ryujin being the next ATOM artist, they took to social media to express their excitement and pride. Ryujin, just like her label-mate, Hyunjin from Stray Kids, ended up breaking several records with her ATOM performances.

6. Enchanting the Fans with the Amazing Dance Cover of ‘Therefore I Am’ by Billie Eilish

After ITZY’s Ryujin was selected as STUDIO CHOOM’s ‘Artist of the Month’ for the month of November, she amazed everyone with her stunning dance cover of one of Billie Eilish’s most popular songs, ‘Therefore I Am’ which was released on November 20, 2021. And this is how the girl keeps up with her image of being the ‘Girl Crush’! Not only did she seem to get absorbed in the crispy and spicy vocals of the original singer during the performance by embodying her sass, but she also delivered amazing expressions, pulling off her all-black and perfectly-suited outfits.

The performance was incredible, especially the intro, during which she kept brimming with swag and attitude. Both her fans and non-fans, on social media, got giddy over our girl and kept praising her for her confidence and savageness. Here is the intro part of the dance cover.

nothing could've made me prepare for the intro! you are INSANE SHIN RYUJIN#RYUJINTakesAOTM#AOTM_Ryujin @ITZYofficial
pic.twitter.com/SrGe7hgXDy

ITZY’s Ryujin keeps impressing us with her top-notch performing skills from time to time, and this time again, with her performance at Mnet Asian Music Awards (MAMAs), she has proved why she is known to be one of the best fourth-generation K-Pop dancers! After ITZY gave a powerful performance of their hit song ‘Loco,’ Ryujin decided to go on and present one of her most charismatic choreography, something that is rare to be seen during live K-pop performances.

She totally got emerged into her character of Inspector Shin Ryujin and delivered some iconic martial arts skills in the form of fighting choreography. The act served as a mini intro to ITZY’s next performance of the song, ‘In the Morning’. And it immediately went viral! The video clip of Ryujin’s 2021 MAMAs performance kept trending on social media like Twitter, Tik Tok, and Weibo for several hours and managed to reach one million views on Twitter within just the first four hours!