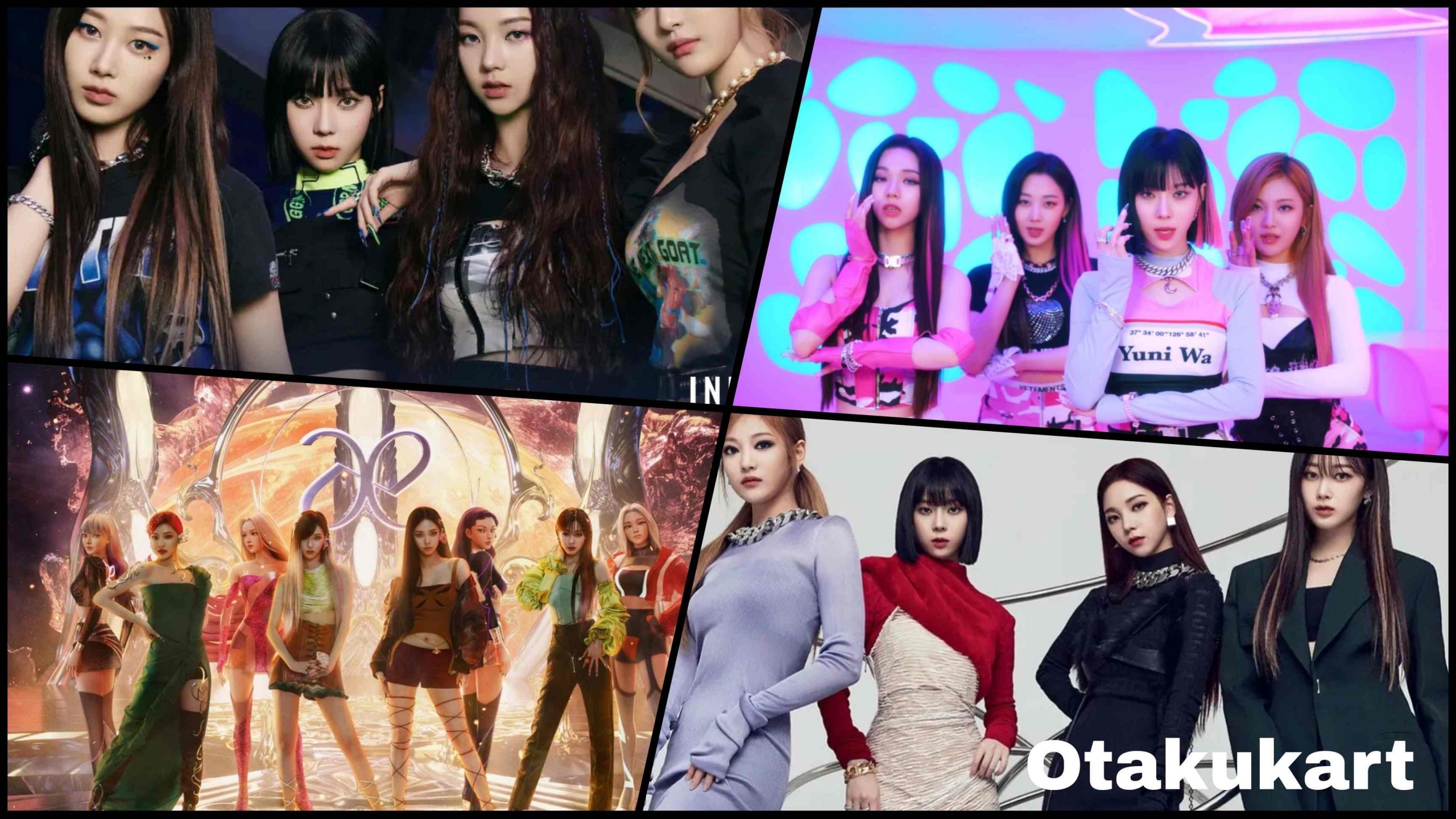 The latest girl group of S.M. Entertainment, Aespa (styled as æspa), has constantly been achieving milestone after milestone ever since they debuted last year in November. Not only are their songs commercially successful, but also catchy, upbeat, and overall, attractive. The group consists of four gorgeous members— Karina, who is the leader of the group, as well as the main dancer, rapper, visual and sub-vocalist; Giselle, the main rapper and sub-vocalist; Winter, the lead vocalist, dancer and visual, and Ningning, the main vocalist and maknae. The group members are so skilled and hardworking that they remain on the hot topic every now and then. Not only are they popular in South Korea, but they have begun to amass love and respect from people all over the world.

Here are the top seven moments during which the monster rookie girls blew us with their extraordinary skills and gave us another reason to stan them. Let’s get started with it!

Aespa’s Karina never fails to astonish the public, whether it is about her talent or her visuals. Recently, the 2022 season’s greetings of all the artists of S.M. Entertainment were released, and Karina, as the visual queen that she is, has again impressed the netizens, along with the other members of Aespa. However, what caught the eyes of the people aren’t the pictures but a behind the scene video clip that Karina took, filming herself while casually greeting the fans. 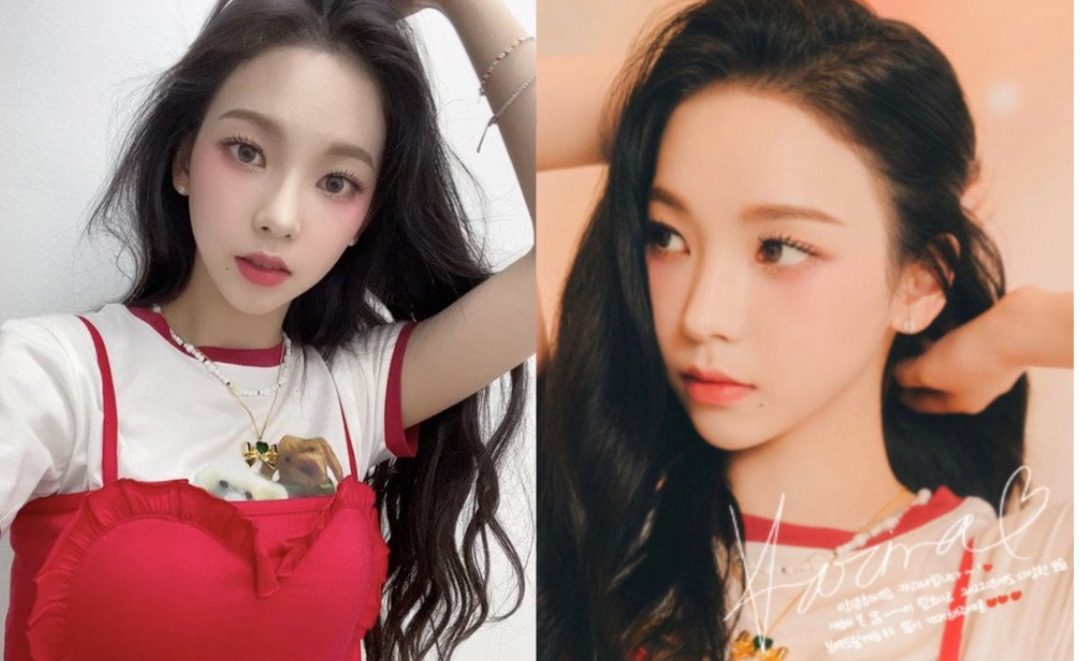 Usually, Karina gives off a cold visual, model-like vibe, but the video made her see a whole different side of the K-pop idol. The red blush on her cheeks made her look super adorable, and the sweet smile on her face for those few seconds is to go crazy over. Some of the fans even captured screenshots from the video, praising the stills on social media.

It has just been a year of their debut, and Aespa is already breaking records! On October 5, the first Extended Play of the girl group, ‘Savage,’ was released, and it received a massive amount of attention from the crowd, as expected from a group globally recognized. The agency, on October 21, confirmed that it had already sold more than 513,292 copies within almost 15-days after its release. This makes the band one of the only five girls K-pop groups to join the club for ‘Half Million Seller’ and the latest member of it after BLACKPINK, TWICE, IZ*ONE, and Girls’ Generation. 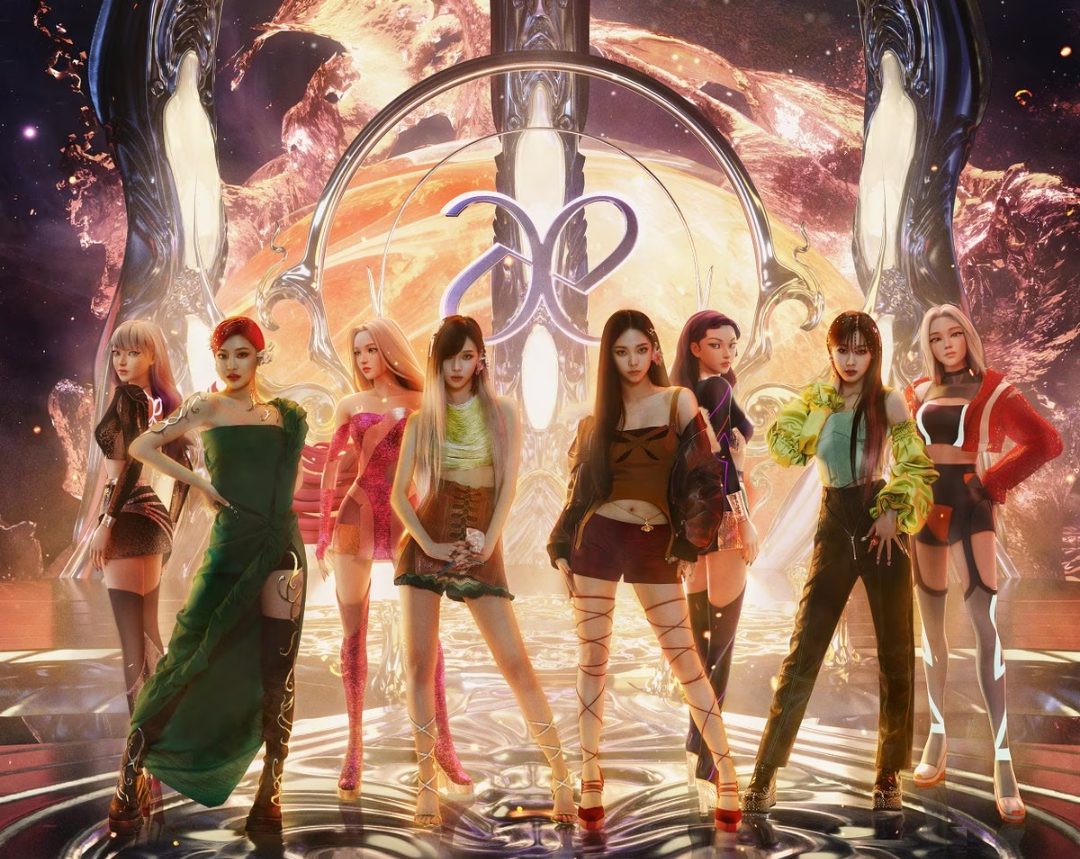 The physical album made its debut on the chart of Billboard 200 at number 20 and went on to become the second best-seller of the week. Moreover, the girl group’s song ‘Savage’ is the only number to get a perfect all-kill (PAK) in 2021, including iCharts, Genie, Melon, VIBE, FLO, and Bugs charts of the week. 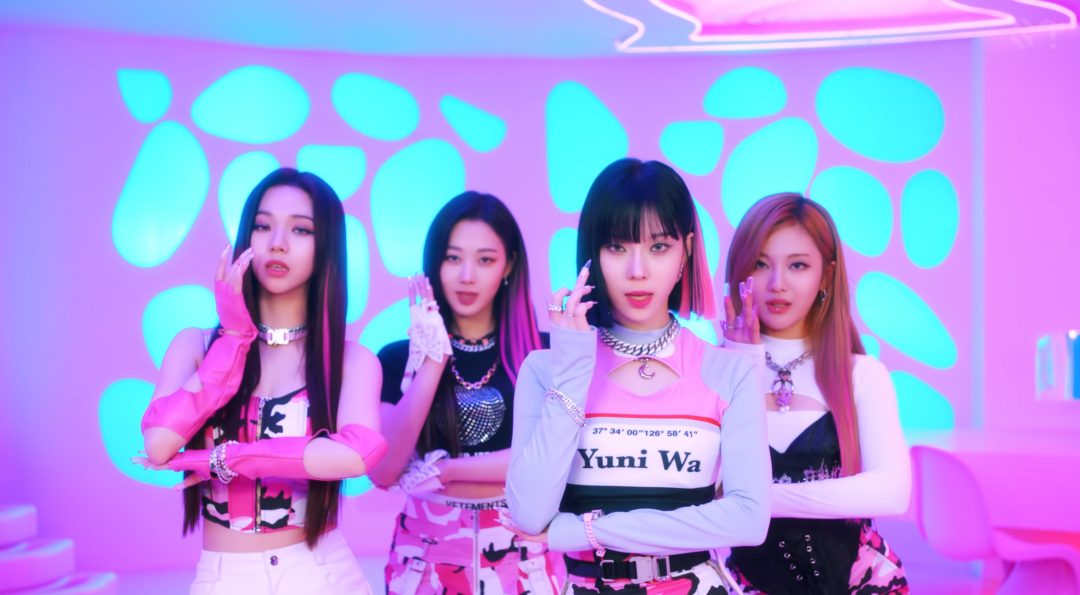 A Still from Aespa’s Savage

Moreover, their third single, ‘Next Level,’ is now the most-watched music video on YouTube by a fourth-generation K-pop group. In this competitive environment, making such great achievements for a year-old group are indeed insane! In the music video, the girls channeled their inner warriors and continued their one-of-a-kind storyline of having avatars as the alter-egos of themselves. No wonder people go back to watch the music video almost every day!

Read: Best Male and Female Friendships in the K-pop World

Aespa Performing at 2021 Macy’s Thanksgiving Day Parade in the U.S.

Just when we assumed that Aespa had cooled down, for the time being, the girl group blew up the internet again! S.M. Entertainment has announced that Aespa became the first girl group of South Korea to attend the Macy’s Thanksgiving Day Parade, the largest Thanksgiving Day event in the history of the U.S., that took place in New York on November 25, 2021. Not only did they ride the parade car and have a meeting with the local fans, but they also heightened up the mood by performing their song ‘Savage.’ 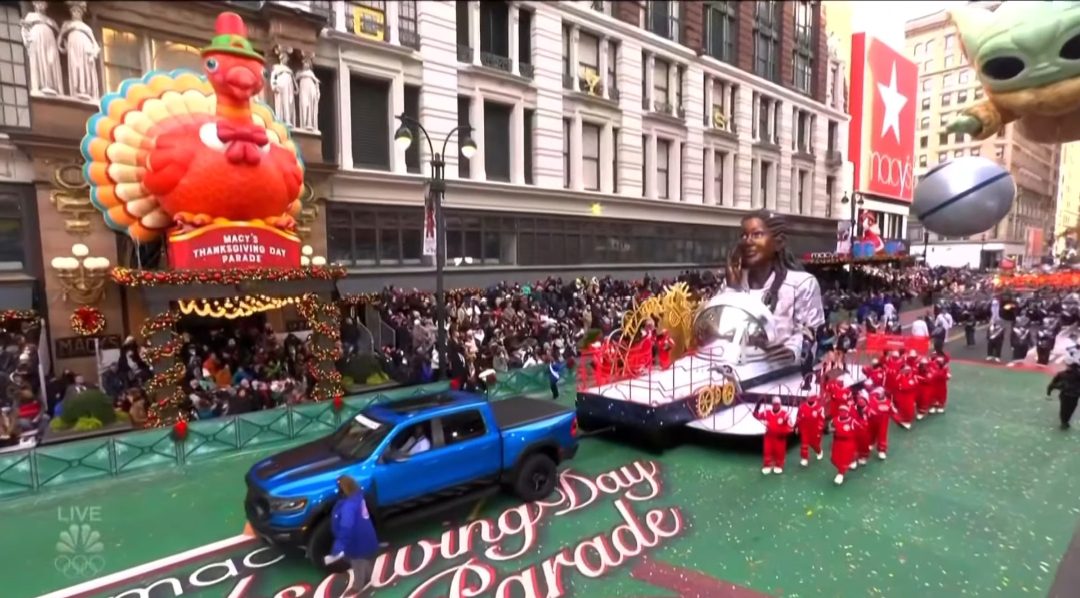 The Parade, hosted by the famous U.S. department store Macy’s, marked its 95th anniversary this year and was participated by various bands with famous performance teams. Various global stars, including Jon Batiste, the OST composer of the Disney animation ‘Soul’ and Darren Criss, from the well-known American T.V. show ‘Glee,’ have also attended the event. Last time, in 2019, another famous K-pop boy group, NCT 127, took part in the event.

For a rookie girl group, getting a few nominations during major award shows is more than enough but this leading 4th generation K-pop girl group, Aespa, never fails to surprise the fans! The 2021 Asia Artist Awards was held on the evening of December 2, 2021, and Aespa bagged three awards, including the Rookie of the Year Award, the Hot Trend Award, and finally, the Stage of the Year with their third single, ‘Next Level.’ It’s not even a surprise anymore when a group with perfect music videos, concepts, choreography, and a dedicated fandom grab attention wherever they go. 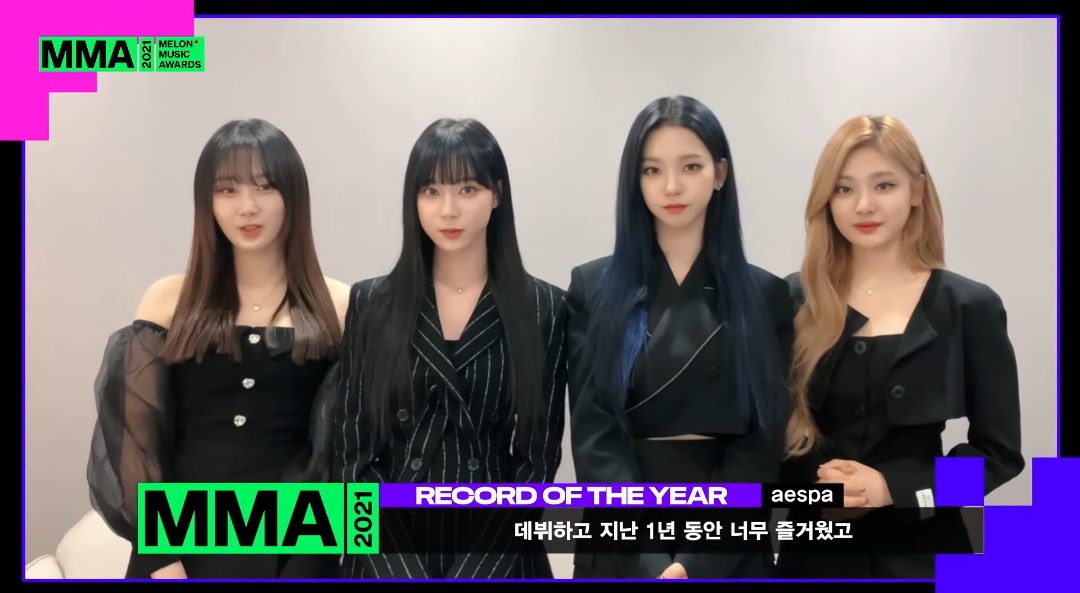 Aespa at the Melon Music Awards 2021

On the other hand, the Melon Music Awards 2021 that took place on December 4 recognized the talents of Aespa as well. While BTS and I.U. Snapped five major awards of the night; the last grand prize was taken home by Aespa for the Record of the Year. Both the 2021 Asia Artist Awards and Melon Music Awards 2021 are two of the most prestigious award shows, and getting recognized by them is not everyone’s cup of tea!

Not many know that the popular American musician and T.V. host Nick Cannon has been a huge fan of K-pop for ten years. In fact, he is the person responsible for the creation of the 2012 T.V. Movie ‘Wonder Girls,’ starring the South Korean girl group Wonder Girls. Moreover, he was also involved in the creation of the 2015 Nickelodeon comedy show, ‘Make it Pop,’ centering on three teenage girls coming together to form a K-pop band. Now, it has been confirmed that Cannon has invited Aespa to perform on his new television series, ‘The Nick Cannon Show,’ making them the first K-pop artist to do so. Yes, Aespa is making another amazing U.S. T.V. appearance! 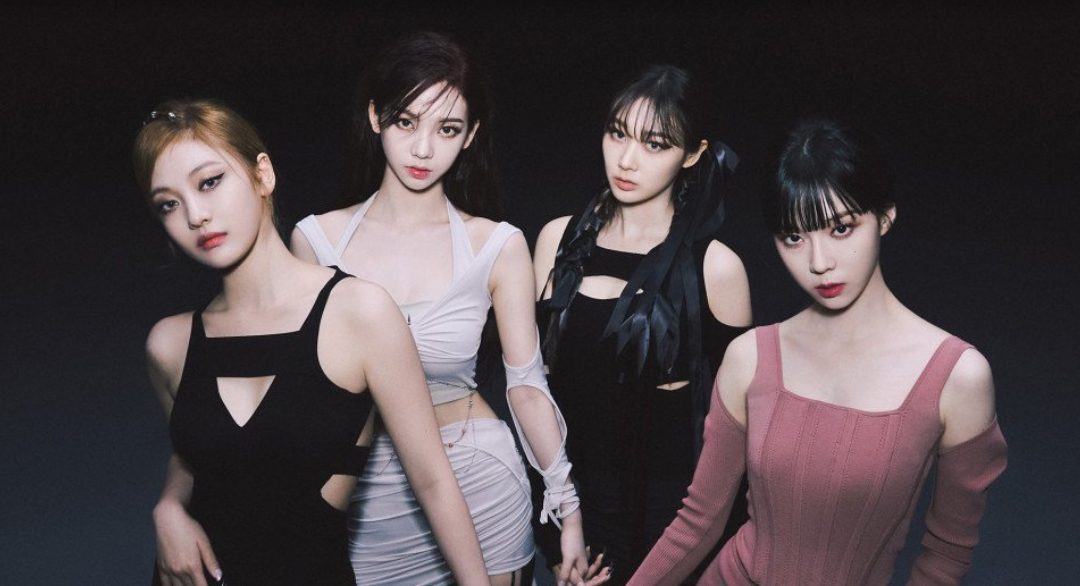 Aespa will be taking the stage to perform on their new hit single, ‘Savage,’ on the December 9 episode. The rookie girl group made their first U.S. television appearance, back in October, on ‘The Kelly Clarkson Show.’ Moreover, Aespa has recently appeared as guest stars on ‘The Daily Show with Trevor Noah.’ Aespa is indeed unstoppable!

All of us make resolutions on the eve of the new year but let’s admit it; we forget that they are supposed to be fulfilled too! However, an old video clip of the members of Aespa showcases how we are not unfortunate but just too lazy to get our backs out of the sofa! The ‘MerrY MerrY Aespa’s vlog series of 2020 has suddenly become a hot topic of discussion after the netizens have realized that the members of the group have done ticked off all the boxes for the things they wanted to do in 2021. 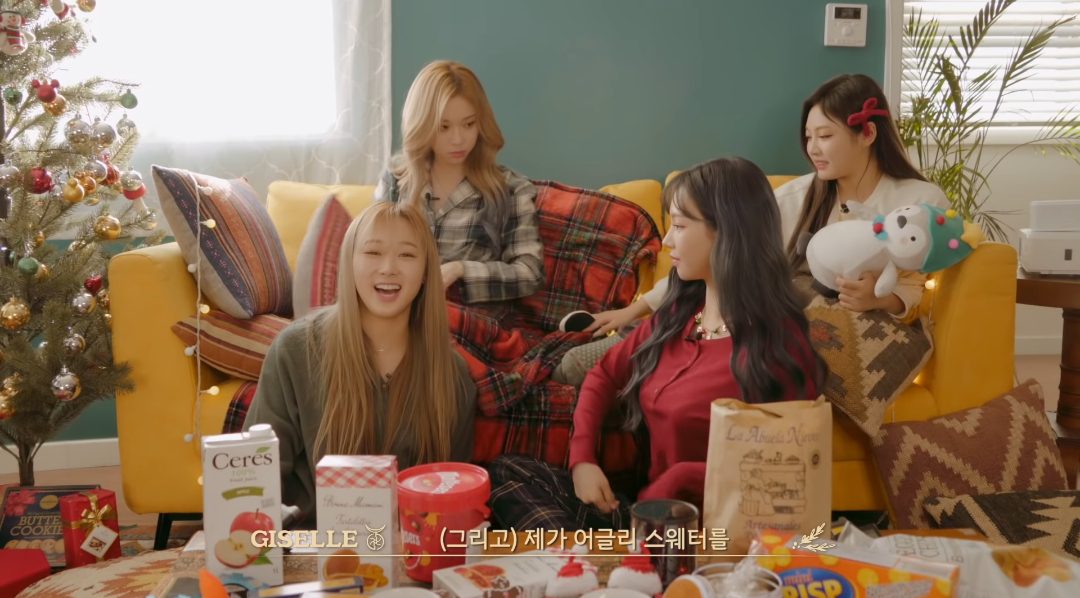 A Still from Aespa’s Vlog Series

While Winter fulfilled her wish of traveling abroad with her groupmates, Karina succeeded in climbing at the number one spot, topping several music charts. On the other hand, Ningning fulfilled her desire to be a great artist, their music awards being the testimony, and Giselle ended up creating a hit song with ‘Next Level.’ We stan the right group!