Movies and K-dramas Starring Jeon Yeo Bin That You Need To Give A Watch! 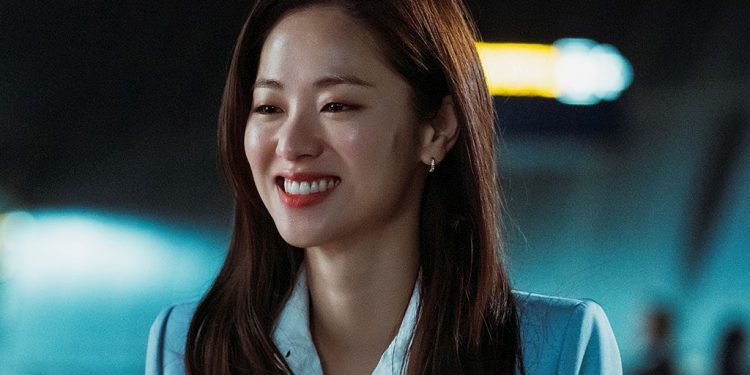 Making her name in the k-dramas, Jeon Yeo Bin became one of the South Korean actors who blew up this year for their work. Hailing from Gangneung, Jeon Yeo Bin has been in the acting since 2015, but it’s about time she got the recognition she deserved with her recent Netflix K-drama’ Vincenzo’. Look at her now. She’s been the winner of the Grand Bell Award as Best New Actress. And one of her recent movies has become the only Korean movie to have been invited to the 77th Venice International Film Festival.

She made her debut through the 2015 period movie “The Treacherous”. Here, she played the role of a woman who got to know that she has the queen’s fate through physiognomy. This thing kinda worked out in real life as Jeon Yeo Bin is currently ruling the hearts of many k-drama fans. She went on to play some supporting roles in movies and shows like Great Patrioteers, Ride Together, Save Me, and a lot more. It wasn’t until the year 2019 when Jeon Yeo Bin got earned her first main role in a k-drama.

So Here Is A List of Movies and K-dramas Starring Jeon Yeo Bin That You Need To Give A Watch!

Now, who can forget the best female character in the 2021 k-dramas, Hong Cha Young. The real, strong, stubborn, independent, unapologetic, witty, hot-tempered, caring, and the whole package. Playing the Lawyer Hong Cha Young in ‘Vicenzo’ is how Jeon Yeo Bin entered the hearts of the k-drama fans. The k-drama starring Song Joon Ki, Ok Taec Yeon, Kwak Dong Yeon, and Kim Yeo Jin had everybody’s eyes glued to the screen. Following the story of Park Joo Hyeong, aka Vincenzo Cassano. He flees to South Korea because of the wars between the mafia factions. As he gets involved with our lovely Lawyer Hong Cha Young who is determined to do anything to win a case, he is in for a trip.

It’s no lie that the fans went in to watch Vincenzo for Song Joon Ki but ended up falling in love with Jeon Yeo Bin. But the k-drama got a mixed review from the fans. Some call it overhyped, and some love it so much to call it the ‘k-drama of the year’. While fans did find a small flaw in the storyline, ‘Vincenzo’ went on to ace almost every aspect from the casting, acting, concept to the cinematography. And not to forget the hit on the interplay between government, corporate, and legal realms. While mafia k-dramas might not be everyone’s tea, giving ‘Vincenzo’ a shot to fall in love with the character played by Jeon Yeo Bin.

After a number of supporting roles, she finally took the role of Lee Eun Jung. ‘Be Melodramatic’ is a story about three best friends finding their way throughout life in their 30s. The k-drama also stars ‘The Wailing’ fame Chun Woo Hee and ‘Bad and Crazy’ fame Han Ji Eun. Along with ‘Fight For My Way’ fame Ahn Jae Hong and our own Grand Prince Gong Myung. The story follows Im Jin Joo, Lee Eun Jung, and Hwang Han Joo throughout them, trying to be good in their careers.

‘Be Melodramatic’ went under the radar, considering 2019 was a busy year of the k-dramas. The k-drama manages to balance the funny and serious parts in the story with some wall-breaking humor and unique scenarios. Dealing with some intrapersonal topics, the viewers can feel the confusion and frustrations of each of the three main leads go through. Playing the role of a documentary director, Lee Eun Jung also runs a ‘one-man’ production house. While her character went through the most tragic situations and was drowning in emotion. She played her role in such a graceful and mature way that you end up loving her the most in the end.

Where To Watch: Rakuten Viki, Netflix

Along with ‘Dr. Brain’ and ‘Hometown’ fame Uhm Tae Goo, the Jeon Yeo Bin starter’ Night In Paradise’ is a thriller with a gripping story. The movie also stars ‘A Korean Odyssey’ fame Cha Seun Won in the lead. The story follows a gangster who has been wronged by his own people and a woman with a past of her own. As they both are in hiding in Jeju Island, things are bound to happen. The movie is one bumpy ride and not for the ones with a faint heart, as the scenes could be gruesome. ‘Night in Paradise’ sticks through its plot as one can feel the tension and the anger, the sadness, the whole absurdity of the system.

Starring Seo Young Hwa, Park Ha Bin, and Go Won Hee, this Jeon Yeo Bin starter is based in the times of high school. Things turn bad for Lee Young Hee (Yeo Bin) in ‘After My Death’ when a school girl Kyung Min disappears. Being the last person seen with Kung Min, Young Hee becomes the main suspect in the case. After Kyung Min’s body is finally found, Lee Young Hee is left alone to prove her innocence and find the real culprit. The movie does a good job of touching the often ignored aspects of high school, like bullying and mental health. The flashbacks of when Kyeong Min was alive and her having a good time with Young Hee play throughout to help understand the story better. If you are looking for a silent yet impactful film, this Jeon Yeo Bin starrer is for you!

Where To Watch: Amazon Prime, Netflix

The movie, Secret Zoo, stars Ahn Jae Hong, Kang So Ra, Park Young Gu, Kim Sung Oh, and Park Hyuk Kwon. It follows Tae Soo, an attorney stuck at a dead-end temp position at a renowned law firm. Given a chance to revitalize a failing zoo, he might have a chance for promotion. But the problem strikes when he gets to know that there aren’t any animals in the zoo. Making the zookeepers dress up as animals and promoting the zoo with fake animals on the internet. Tae Soo does make it a bit successful. But getting to know about the law firm taking over the zoo, would he be able to save his job and his friends?

The movie is a bit long and has gotten reviews full of mixed emotions. While the movie is not Jeon Yeo Bin’s best one yet, it is definitely a much watch if you have trouble sleeping. The movie is bound to make the viewers sleep in the middle of it.

The story will follow a woman who is searching for her missing boyfriend who disappeared into the thin night. Taking help from a community of UFO watchers, she realizes that the situation is not as normal as it seems. As of now, the cast members have been finalized. Along with Jeon Yeo Bin, Nana, Lee Dong Hwi, and Ryu Kyung Su are joining the leading cast. The show is all set to start filming and will premiere sometime in the second half of 2020.

Another upcoming k-drama is ‘Someday or One Day’. It is a remake of the Taiwanese drama of the same name, ‘Someday or One Day’. The story follows a woman who lives with the memories of her dead boyfriend. Using a portable cassette, she goes back in time. Reaching the year 1998, she meets a man with the same face as her boyfriend. The casting of the k-drama is currently in progress, as Jeon Yeo Bin and Ahn Yeo Seop are rumored to be in the lead role. The k-drama will probably premiere in late 2022.

Will Se Ryeon Be Able To Stay With Dae Beom In ‘Young Lady and Gentleman’ Episode 26?