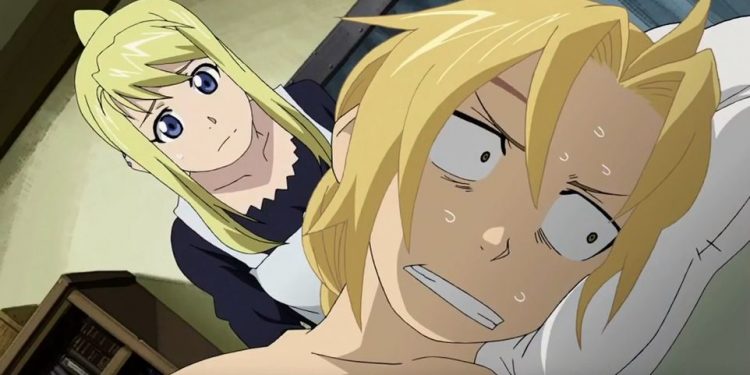 The abundant joy in anime comes from watching complex characters. Among all character types, tsundere characters have had a charm that no one has been able to escape. A tsundere remains in solitude and often acts hostile. Even though they might seem like some villain, they have their warm sides as well. Their opening up to the other person seems so adorable that these kinds of characters have a separate fan base of their own. In Japanese, the word tsundere comes from two words, Tsun Tsun and dere dere. Tsundere characters in anime are rightly described as the mood of the characters, tsun tsun or irritable and dere dere for lovestruck. They are supposed to appear mean and harsh but will show their love-sick side from time to time. So, here we have brought you the Top 10 Male Tsundere Characters in anime that are widely loved.

The soft-sides are only limited to a few, and their opening up is sort of a climax for the whole series. The tsunderes are always ambitious and more or less logical. They try to remain as loyal as possible without asking for anything in return. They are sensitive, and at this point, you might say any loner in a random series might be a tsundere. You as well might be right. But, still, there are subtle differences when it comes to a tsundere character and any random shy person. The first being tsundere are never jerks. They know when to cut it loose.

Senku Ishigami won’t fit into any “dere” category, but he would never confide his feelings for his foster father, Byakuya Ishigami. He does not demean people who are less than him and respects and adores everyone. However, he has a special spot for Byakuya, which he never reveals. Not even to Kohaku or Chrome. He prefers to be rational and has immense hatred for emotions or drama. There are moments in the anime when Senku is touched by Byakuya’s actions.

Inuyasha has a dreadful past and has suffered a lot during his childhood years. He is the protagonist of the story and is an offspring of a human mother and a demon father. He is a mixed breed and, thus, did not get acceptance from either the humans or the demons. Therefore he remains in solitude and is fearful of forming real connections.

Throughout the series, we see his cold side but underlying care for those around him. This absolutely serious yet adorable side of him makes him one of the most popular tsundere characters in anime. Especially after meeting Kagome Higurashi and talking to a couple of people he has made friends with, he finally opens up and entrusts his life with them.

Killua is an expert when it comes to assassination, using Nen, planning an attack, and collecting cards, but he fails to show and even receive any affection. Killua belongs to the Zoldyck family, one of the greatest assassin families in history. Thus, he had a heavy load on his shoulder to keep up to his family name. He failed to have any emotional connection since his birth.

Killua is indeed known for his strength, but he is loved for his “tough love” side. He almost gets angry at Gon when Gon shows him any sort of affection. However, it is no secret when we say that he cares about Gon the most too. If his conflicting emotions and actions do not make him tsundere, what does?

Kyo Sohma, who appears to be quite the cold and aloof character, is another tsundere character in anime from the series named Fruits Basket, which is one of the best Shoujo anime out there. Kyo, who was cast away due to his cat zodiac, never learned to show affection. Kyo Sohma is shown to be narcissistic, short-tempered, and quarrelsome who draws Tohru Honda’s attention. Kyo, being hurt before, is unable to open up, but Tohru never gives up her hope. His sweet yet sour ways of showing love never stop being an absolute mood maker in the Fruits Basket anime.

Edward Elric, who is famously known for his angst and honor, is a genuine guy. However, he rarely behaves aggressively with others. Edward, however, tries hard to hide his true feelings from everyone. He gets defensive in most circumstances and is thus, unapproachable. Elric never lets Alphonso see his guilt. Whereas he is deeply pained at the loss of their mother. He is sweet, protective, and a great warrior.

Edward Elric is what one would call a typical tsundere. He is loud but hates getting all lovey-dovey. Instead, he proves through his actions how much he cares about those around him. One big instance of this is his cold behavior towards Maes Hughes, who kept visiting him in the hospital. Although he was often picking on him, on Maes Hughes’ death, Edward was shaken beyond words.

Traumatized and scared, Sasuke is one of the favorites in the tsundere world. He has an obsession with winning and vengeance in his head. Sasuke stands as an epitome of a serious lad who seems to have forgotten how to laugh. He seems to care very little for others initially and prioritizes his opinions before anything else. But we knew, his character development helped him grow.

Although we hardly ever see Sasuke showing any affection for another character. However, he always shows a different side to Naruto. Not particularly warm and welcoming, but maybe his way of showing love. It is quite evident in the Naruto – Haku fight scene.

He is one of those tsundere who will never confess their feelings. Jotaro is the kind of character who will do everything, even giving up his life, to protect someone he loves. He believes in keeping emotions to the minimum and letting the action speak instead. If, by chance, anyone finds out about his feelings, he will never accept it and blame it on something else.

3. Atsuhiro Kagari from My Sweet Tyrant

Atsuhiro Kagari or Akkun is a high school boy who quite often scolds his girlfriend, Nontan, and behaves rudely just to realize later how deeply he is infatuated with her. Atsuhiro is what immediately comes to mind when we think of male tsundere characters in anime. He is a complete idiot in love who would do anything but show how much of a simp he is for Nontan. The entire show is based on Nontan’s bright personality bringing colors into his own tsundere side.

Atsuhiro secretly adores her and follows her around. He watches over her like a complete stalker but denies romance with her.

2. Katsuki Bakugou from My Hero Academia

Bakugou is rough, arrogant, and constantly anxious. He has a large ego and is unnecessarily aggressive. Katsuki might often come across as problematic if not unheroic. He had also been a bully to a Quirkless Midoriya. He is focused on emerging victorious and never backs down. Bakugou is very unruly, and he behaves badly with his opponents and worse with people on his side. Thus, most of his problems arise out of his personality. But, he is also the one running away from warm and affectionate conversations/people. Bakugou is unrelenting, and unlike any other tsundere out there, he refuses to put his guard down. His tsundere characteristics can be most observed during his interactions with Kirishima.

I think if there has to be a prototype for male tsundere characters in anime, it has to be Vegeta from the Dragon Ball franchise. Vegeta, the prince of the Saiyans, is equally arrogant, mean, and cold. He constantly challenges Goku and tries to prove that he is the strongest of them all. He lived his whole life to become the greatest warrior.

It was almost unexpected when he committed himself to Bulma. An easy-going and extroverted person. Not only that, the couple had a son together; and later a daughter, too.

Also Read: Top 10 Craziest Anime Fan Theories That Turned Out to Be True!