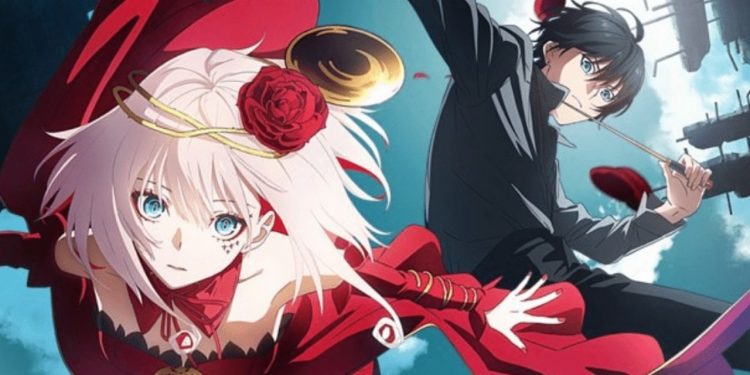 Takt Op. Destiny came to an end with a sad yet hopeful note. It is an anime that keeps its viewers hooked right from the first episode. The anime introduces us to a world where it is forbidden to play music. It also tells us the story of Takt and his Musicart Destiny, who fight villains known as D2 in order to restore Music in their world. We are also introduced to the characters like Anna Schneider, Lenny, and his Musicart Titan. The anime has gained a lot of popularity which leaves fans wanting more of the anime. Although we do not know whether or not there will be a season 2, below mentioned are 12 anime that are similar to Takt Op Destiny.

Takt Op. Destiny is an anime created by a collaboration with MAPPA and Madhouse. The anime isn’t based off on any manga. However, it was created to promote their mobile game title of the same name. It has 12 episodes, and you can watch it on Crunchyroll and on Ani-One’s YouTube channel.

Here, we have listed 12 Anime similar to Takt Op Destiny:

Animated by Satelight, this anime was released in 2008. It tells us the story of battles between aliens and the human species. After a long threatening war, the human species managed to flee. As life goes on normally in their new space, Macross Frontier, another alien invasion, takes place during a concert. The main character, Alto Saotome, is then given the task of battling this new alien species. He fights alongside Sheryl Nome, who is a famous singer called “Galactic Fairy,” as well as Ranka Lee, who wants to become a singer.

Darling in the FranXX

This anime is very similar to Takt Op Destiny when it comes to powerful fighting duos. Just like Conductors and their Musicarts, the anime also has fighting duos wherein they have to create an emotional bond with each other. Like, Takt Op. Destiny, the anime, also has villains called Klaxosaurs who attack a peaceful civilization. Although Hiro, the protagonist, isn’t the original pilot assigned to Zero Two, the heroine of the anime, he eventually is selected as her pilot by her after her partner dies in battle.

This is an anime that uses Music as a weapon, thus making it similar to Takt Op Destiny. Here the villains are called “Noise,” an alien race who create havoc on the planet. The main protagonists in the anime use music to reawaken ancient powers called the “Symphogears” that help them fight these “Noise” creatures. Like Macross Frontier, the anime is animated by Satelight.

This is an interesting anime that share a similar world to Takt Op. Destiny. In this anime, the protagonists live in a world with no music. Besides this, it also has similar characters like the heroes called “Players,” their mecha weapons known as “Equipment,” and the villains who threaten humanity called “Earless”. Just like Takt means a beat or pulse in music or sound, the main protagonist in the anime is called “Echo”. He comes across a girl named Mu who has a jack input in her waist. However, Mu doesn’t have any memory of who she is and where she came from. So, we follow Echo and her journey together to find her origin as well as to know more about Jimi, a legendary player.

Again, this story involves Music as being a weapon to heal wounds and manipulate water and air. It introduces us to our main protagonists, Rin and Finis, who are different in their own ways. Finis is a songstress, while Rin is a bubbly character. They come together to save the world from the war that looms over the kingdom as many innocent lives are lost.

This anime doesn’t have anything to do with music. However, the anime made it on the list because of its similarity with how Takt Op. Destiny’s world came to be – A Comet. Takt Op. Destiny starts off because of a “bright star” that came down on this planet and gave people unnatural powers. Then later came a “black star” that gave the planet its villains called “D2”. Charlotte, too, is a comet that gave people unnatural powers. However, these powers created Villains among humans too.

This anime can be called a combination of Takt Op. Destiny is a little bit of Attack on Titan. In the anime, a virus known as Gastrea turns humans into monsters. These monsters are kept outside Monolith walls made up of Varanium, the element that destroys Gastrea. The people who aren’t affected by the virus are kept within these walls. Inside these walls, there are female children with hints of the virus, which gives them superpowers. These kids are often called “Cursed Children” and are known as Initiators. Each Initiator is given a partner called the Promoter. Together they go on missions to fight the aforementioned monsters.

No. 6 is an anime with a perfect society. Or is it? Well, let me rephrase that sentence. No. 6 is an anime with a perfect society only on the surface. In the anime, we are introduced to two boys, one from the elite class and one from the slums. Shion, coming from an elite class, doesn’t really have any problems in life until he decides to help Nezumi, the boy from the slums and a fugitive, on a rainy night. Because of this, Shion and his mother lose their elite status. Years later, Shion comes across a parasite-like wasp that makes people age drastically, leading to their death. This incident ends up making Shion meet Nezumi again as they discover the true secrets of their world. Thus, the dystopian-like world that they discover is what makes it similar to Takt Op. Destiny.

This is another anime that is set in a dystopian future. It introduces us to the main protagonist called Shu Ouma. However, the main conflict of the anime occurred much prior to our protagonist. When an Apocalypse Virus creates chaos in Japan, an organization called “GHQ” steps in and restores order. However, Japan from then on came under their control. About 10 years later, we are introduced to our protagonist, who is a high-school student. While visiting his favorite place on his way home, he meets Inori Yuzuriha, his favorite singer, and discovers that she is a part of Funeral Palor, a group that fights against the GHQ organization in order to free Japan from its rule. He then joins this Funeral Palor group and obtains an ability known as the “Power of the Kings”.

Although this isn’t a supernatural anime like the others on the list, Music plays an important role here. This anime is about a boy named Mafuyu who comes from a background with a lot of pain as his boyfriend, Yuki, died by suicide. He then meets Uenoyama, a boy who is a part of a band. He persuades the latter to teach him how to play the guitar and then joins the band himself as the lead singer. In the end, Mafuyu’s song becomes his saving grace as he is finally able to feel his emotions again. Not only this, but Uenoyama too comes to terms with his feelings for Mafuyu. The anime doesn’t only focus on these two but also on the complicated relationship between Akihiko, Haruki and Ugetsu as music intertwines them, either breaking or saving them.

This again isn’t a supernatural nor a sci-fi anime. However, it is an anime that includes Music and, on your part, probably two boxes of tissues. This anime gives us the beautiful story of how a piano prodigy, Kousei Arima, loses his interest in music after the passing of his mother. He then on lives a life with no meaning, just passing his days by.

One day he meets a violinist Kaori Miyazona who helps him restore his relationship with music all over again. Sadly, fate plays a terrible role again for Arima. This anime made it to the list because of the relationship Takt shared with Cosette before she turned into Destiny. They also share a similar, depressing ending.

Also Read: Takt Op. Destiny Season 2: Will it Happen? The Story So Far