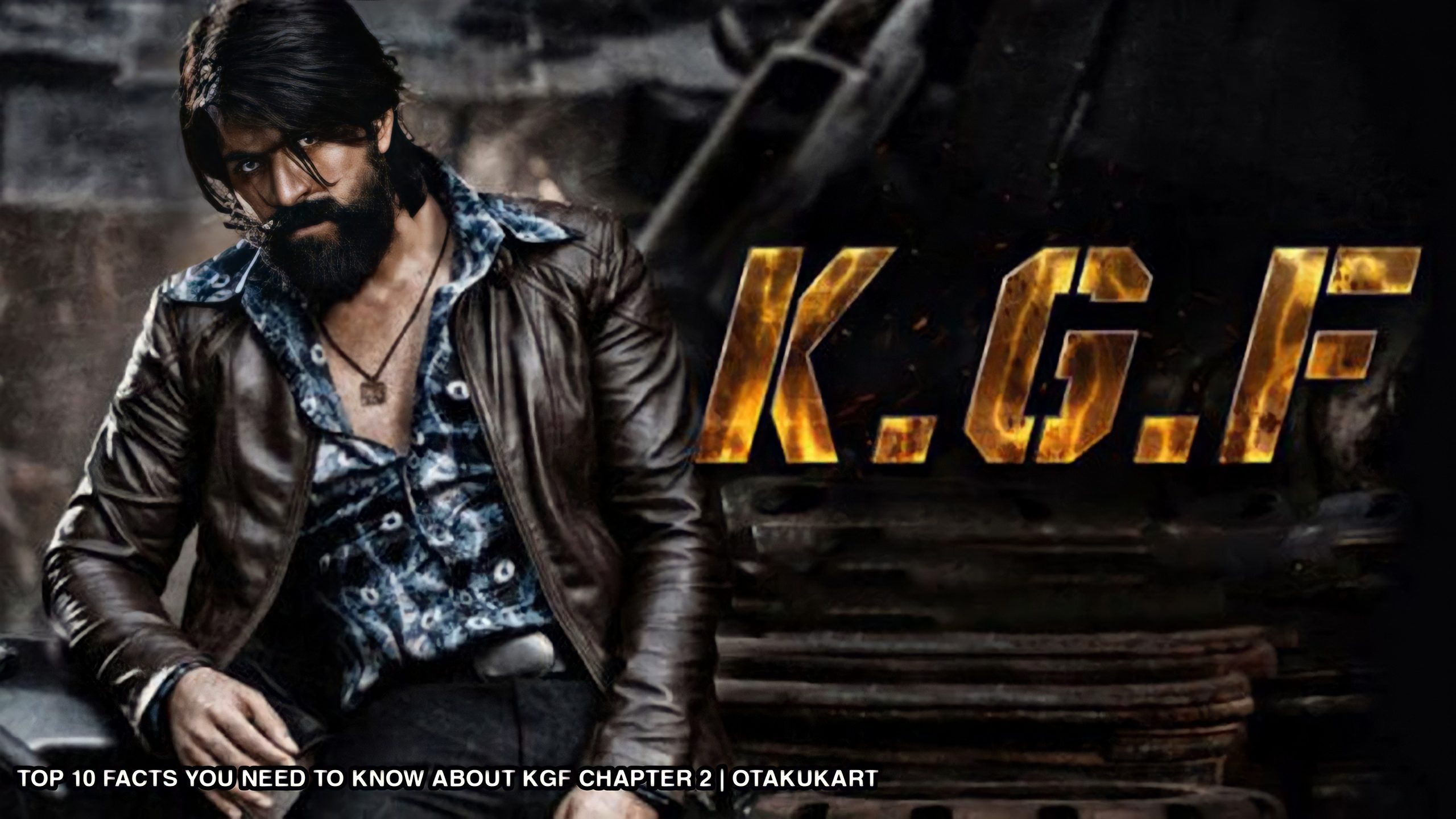 KGF Chapter 1 garnered massive prominence through its storyline and concept. Fans around the world were desperately waiting for all the information from the very beginning. Moreover, this movie mainly became popular for its distinctive theme. And guess what? It was good to see the way Rocky enhanced his powers and wealth to become one of the most infamous people. Apart from this, viewers were highly surprised to know all the inside details of this film. This article will tell you all about the top 10 facts that you need to know about KGF Chapter 2. Another interesting thing about this film would be the sequel.

The second chapter became even more popular because the creators changed a lot of things. Everything was top-notch, whether it be the action sequences or dialogues. Moreover, the lead role of Rocky is portrayed by the popular Indian-Kannada actor Yash. Moreover, the creators did a very good job in creating the antagonists of this film. The first chapter gave us a deep insight into Rocky’s fight with Garuda. But when it comes to the second chapter, Adheera’s character was the best. This explains all the enthusiasm in knowing about KGF Chapter 2 facts.

Top 10 Facts You Need To Know About KGF Chapter 2

Despite all the Covid restrictions, this movie rose to prominence and broke all records. Moreover, it premiered in several Indian languages like Hindi, Malayalam, Telugu, and Tamil. It’s good to see the way this changes the whole dynamics of the first film. Because at first, Rocky changed his life after he became one of the most feared men. But soon, he defeated all the main antagonists of the first chapter and became the kingpin of Kolar Gold Fields. Moreover, he changed the whole course of this mine.

Since Kolar Gold Fields became a deathbed for many poor people, there were around 20,000 workers and 400 guards. None of them were able to escape the fields. However, every other man is extremely ruthless. For them, every person inside the mine was worthless. To understand the pain and agony, Rocky decided to live with them. He effortlessly mixed up with them so that nobody recognized him. Well, Prashanth Neel is ready to come up with another part of this film. Apart from this, there are several details about this movie that are still unknown. So let’s take a look at the top 10 facts that you need to know about KGF Chapter 2.

Well, this is one of the major facts about this film. Since chapter 2 had an extensive reach, the movie had a budget of 100 crores. Moreover, it was dubbed into multiple languages as well. And guess what? It became one of the most popular and highest-grossing Kannada films, even though this film premiered recently on April 14, 2022. The movie already earned around 719 crores. Moreover, It has been confirmed in the history of the Indian Entertainment Industry. 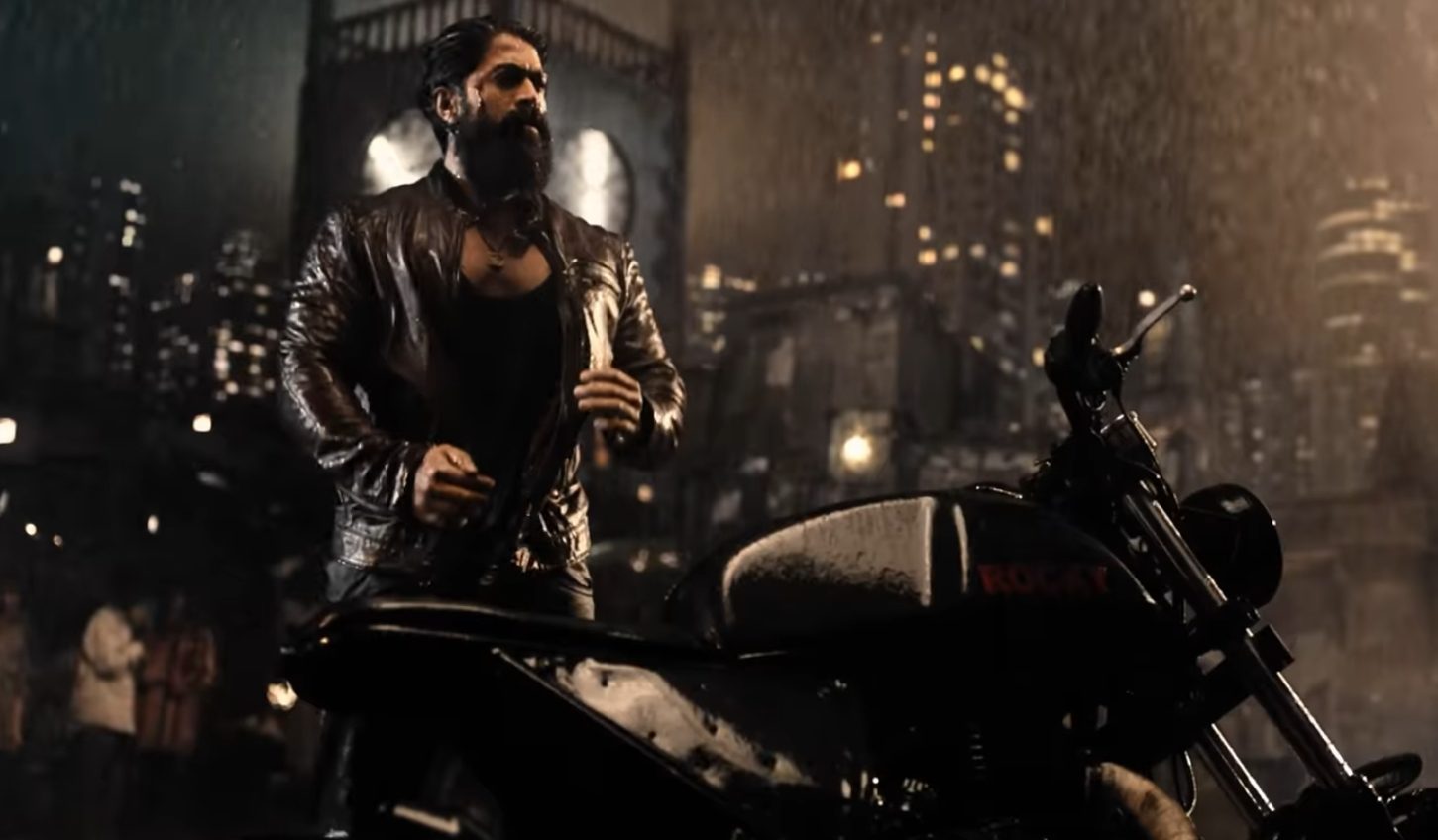 Guess what? KGF Chapter 2 rose to prominence from the very beginning as the teaser of this film broke all the records and became one of the highest-viewed teasers in India. Apart from this, the teaser also broke the records of highest likes. The teaser of KGF had around 2 million likes. And within the first 24 hours of its release, the trailer received more than 70 million views. Moreover, it also became one of the most viral videos on the internet. As of now, the fame for KGF Chapter 2 is still rising. 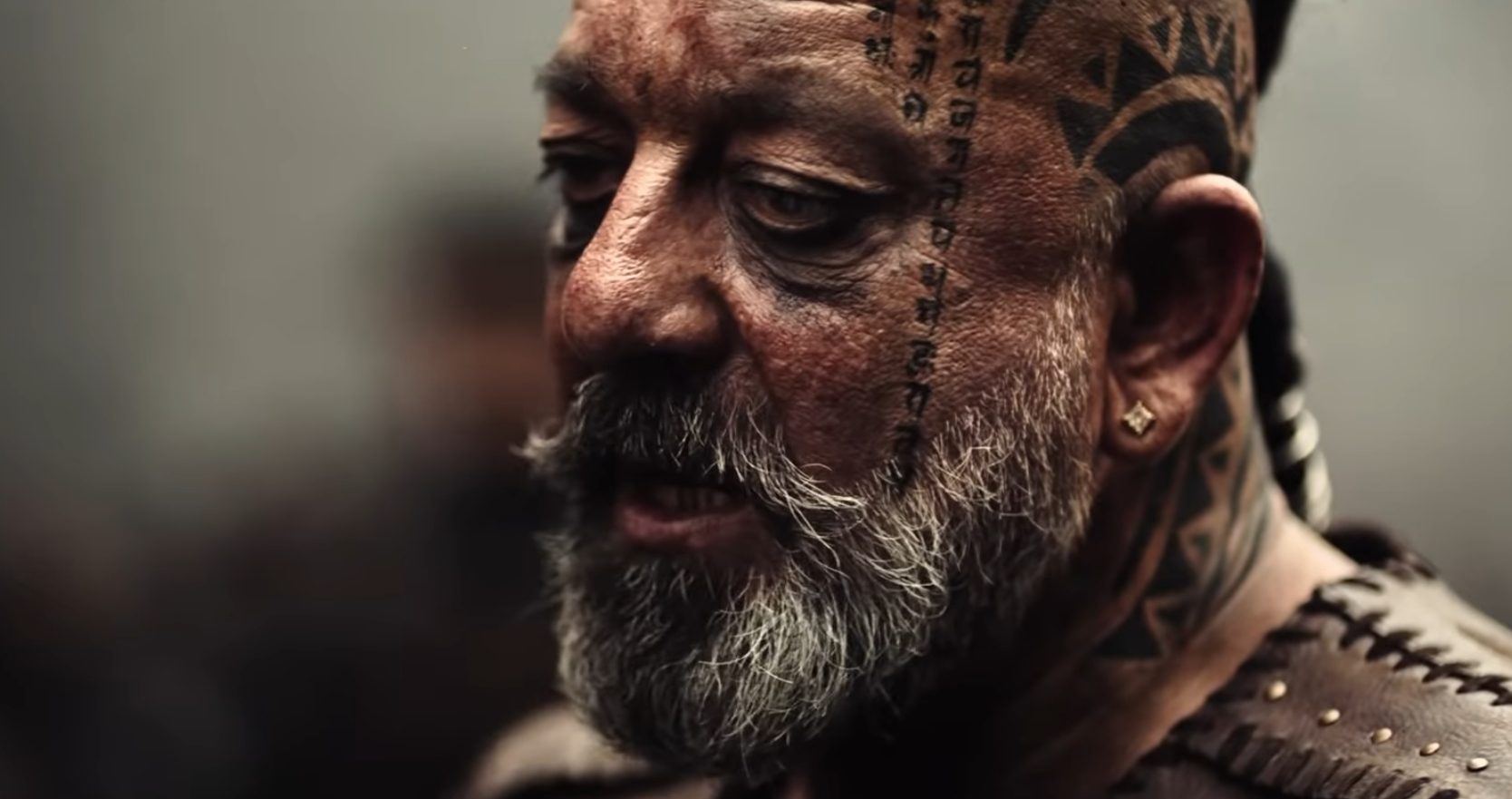 According to speculations, KGF Chapter 2 was all set to release in the year 2020. But because of the pandemic, the creators decided to delay its theatrical release, and that was a good decision. Since the pandemic might’ve made it difficult for the movie to break so many records, moreover, fans wouldn’t have gotten a chance to watch this film as well. Many fans still believe that you won’t feel the depth of this film until you watch it on the big screen. Well, Prashanth Neel’s delayed release decision is breaking major records! 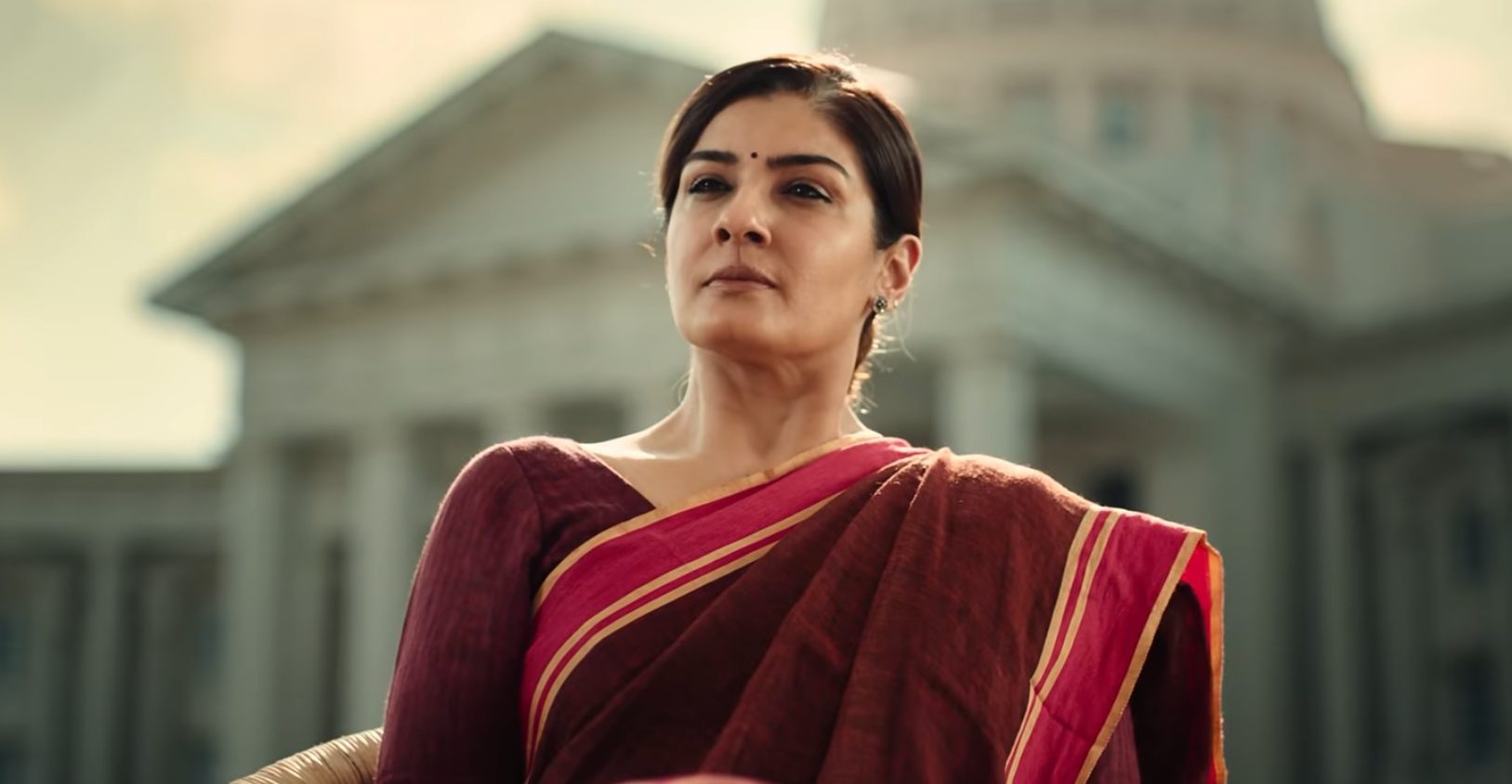 KGF Chapter 2 will give you a deeper insight into Rocky’s bond with his mother. From the very beginning, she was clear about her stand as she knew that she would have to leave him behind pretty soon. So from a very young age, Rocky’s mother often made him realize the importance of money and power. She made sure that her son reached the top, wherein people praised him as a savior. While growing up, he promised his mother that he would bring a lot of Gold for her. And the movie didn’t fail to keep this promise. This is one of the most important things in the Top 10 facts you need to know about KGF Chapter 2.

KGF Chapter 2: Scenes of young Rocky promising his mother that he’ll bring a lot of Gold for her

Srinidhi Shetty is the lead and popular actress of KGF. In the movie, you will find her portraying the role of Reena Desai, the daughter of Rajendra Desai. Moreover, she is a popular Indian model, and apart from this, she has appeared in many beauty pageants. KGF was her first movie, and another surprising fact is that Srinidhi was offered around five different films after the release of KGF Chapter 1. But, indeed, she didn’t accept any offer because she had to reprise her role as Reena again in the second chapter. 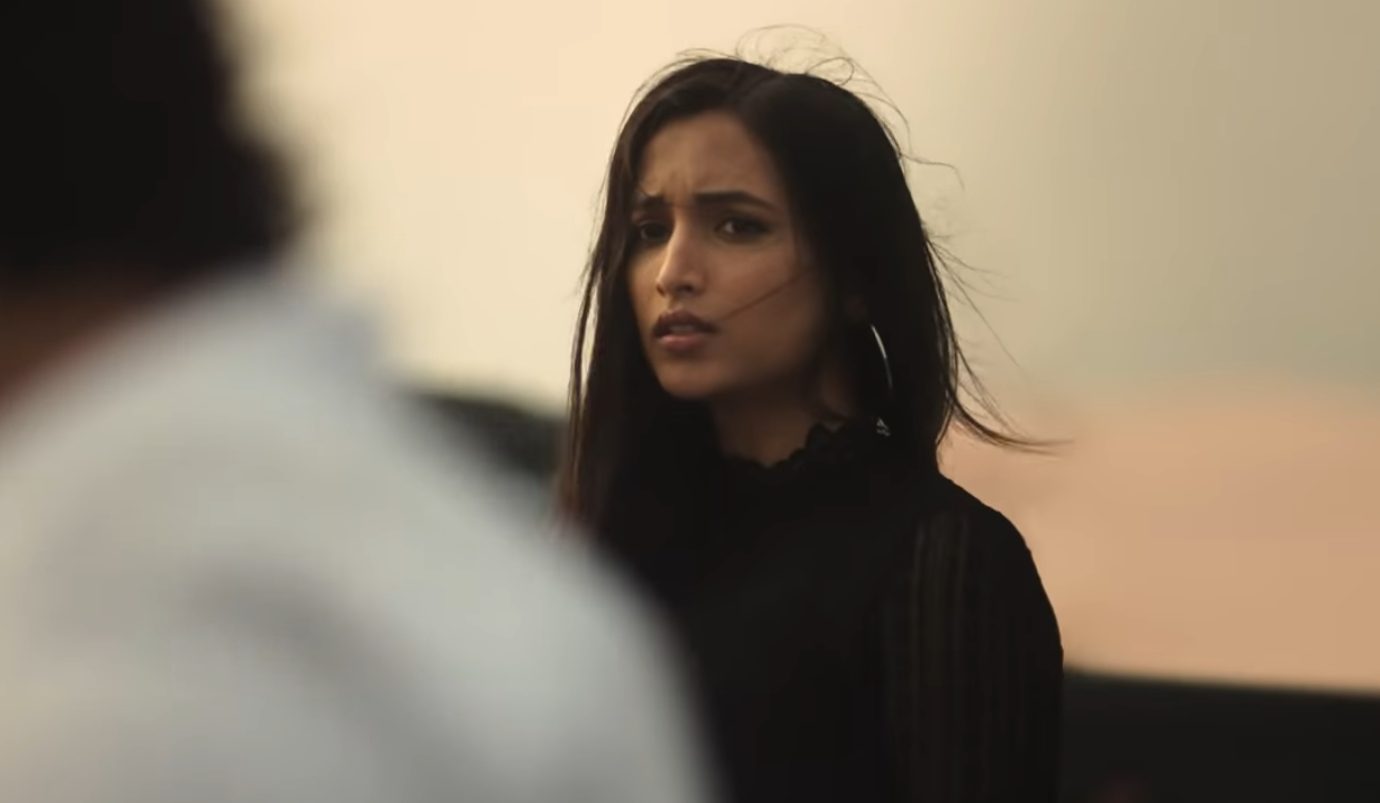 Before the arrival of KGF Chapter 1, fans never saw Yash portraying such a rough persona because the main trademark of this film would be his personality as Rocky, which signifies his long hair and beard. Well, throughout the filming and making of this whole franchise, Yash didn’t change his hairstyle or persona because he needed to maintain the same image. And this still surprises everyone to the core. Even today, he didn’t change it since the third chapter is on the line! Until and unless the whole franchise comes to an end, Yash won’t change his style. 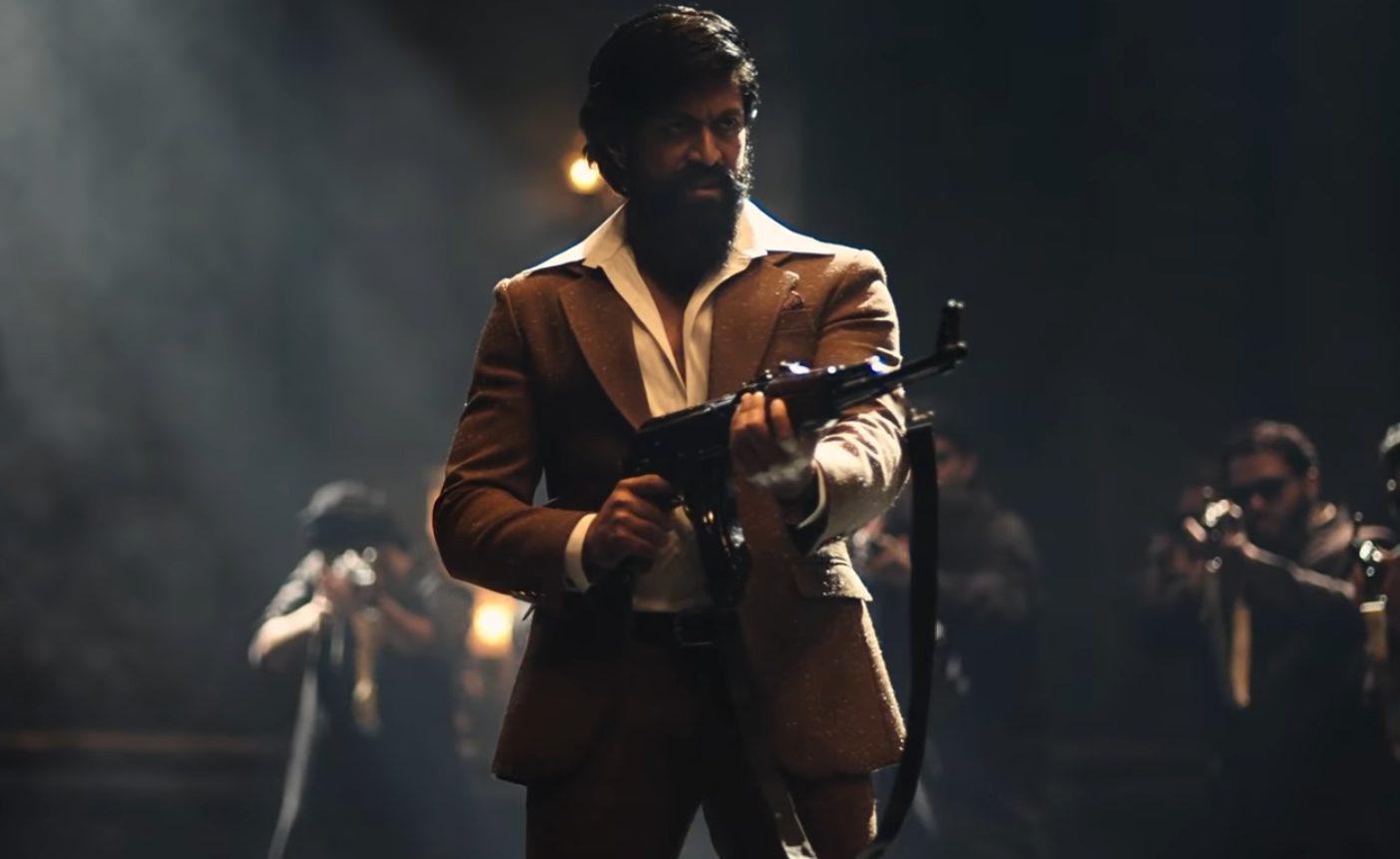 KGF Chapter 2: The filming of this movie wrapped up in the year 2019

Also Read: Top 10 Anime with Poorest Characters that You Should Know About

If you look closely, Yash is pretty good at speaking other languages as well. To increase the popularity of the KGF franchise, Yash decided to opt for interviews in different countries. Well, to make it even more interesting, he spoke in their language too. If you look closely, YouTube is filled with Yash and his interviews with director Prashanth Neel and actress Srinidhi Shetty. In all those interviews, he is either speaking in Tamil or Telugu. Moreover, Yash is strong with his Hindi speaking skills too. To be more specific, he also gave many interviews in Hindi as well. 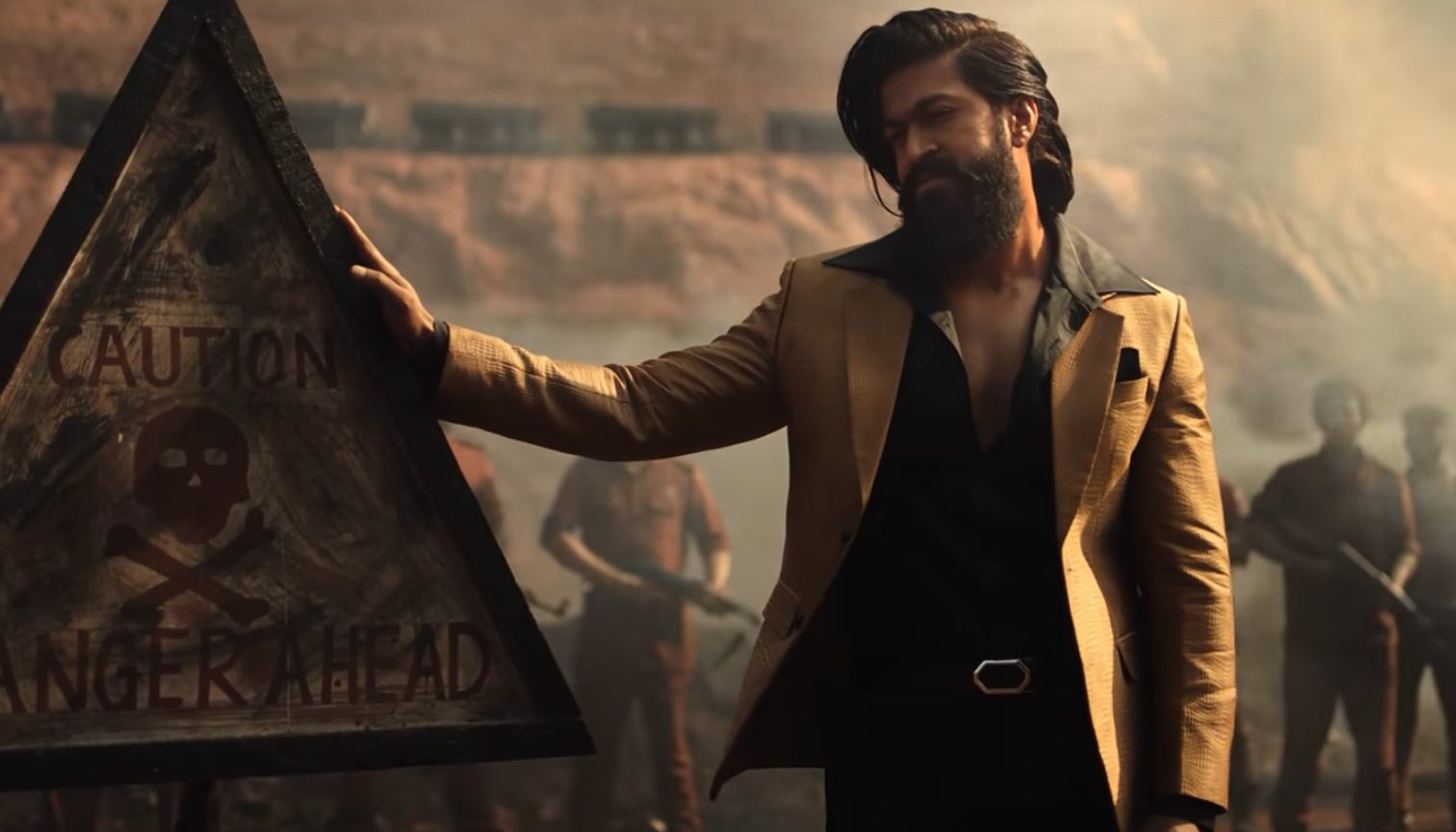 KGF Chapter 2: This film became one of the most popular films in the Indian history

8. Teaser Was In English

This is by far one of the most interesting facts about KGF Chapter 2 that you need to know! As the creators of this film decided to keep the dialogues of the teaser in English. Since it will prevent them from releasing it in five different languages, the 2 minutes 17 seconds teaser gives us a glimpse of what all things might come ahead. And none of the characters are seen speaking in a different language. Even though it was premiered a year ago, many fans were deeply surprised by this action. 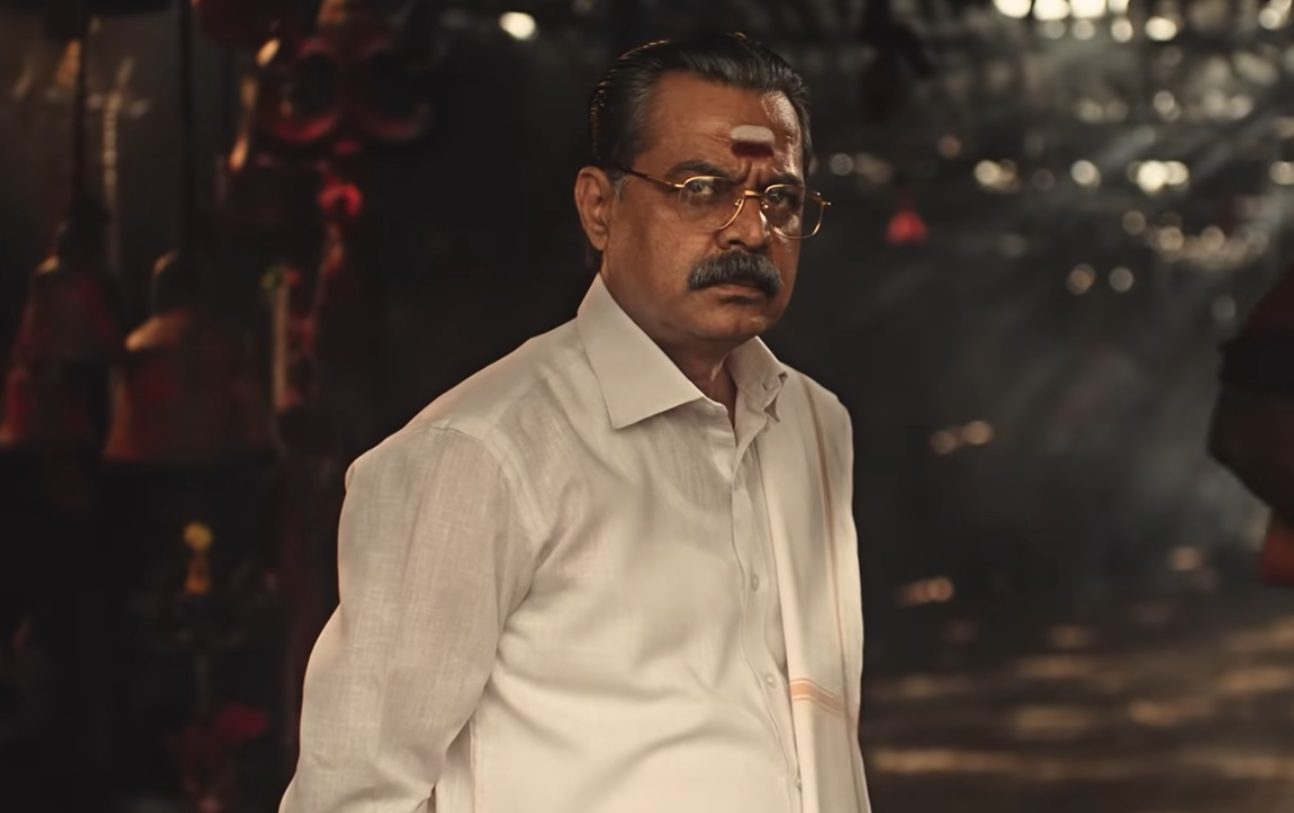 Prashanth Neel was quite disturbed by the fact that some of the scenes from the Chapter 2 teaser were leaked on the internet. He had plans to release the trailer on Yash’s birthday, which was on January 8, 2021. But, as the scenes were leaked, immediate action had to be taken. So the entire team decided to release the teaser a day before its actual release date. Even though the teaser earned pretty well and broke many records, Yash took this to a personal level and apologized to all his fans since many of them were deeply waiting for the arrival of this movie. 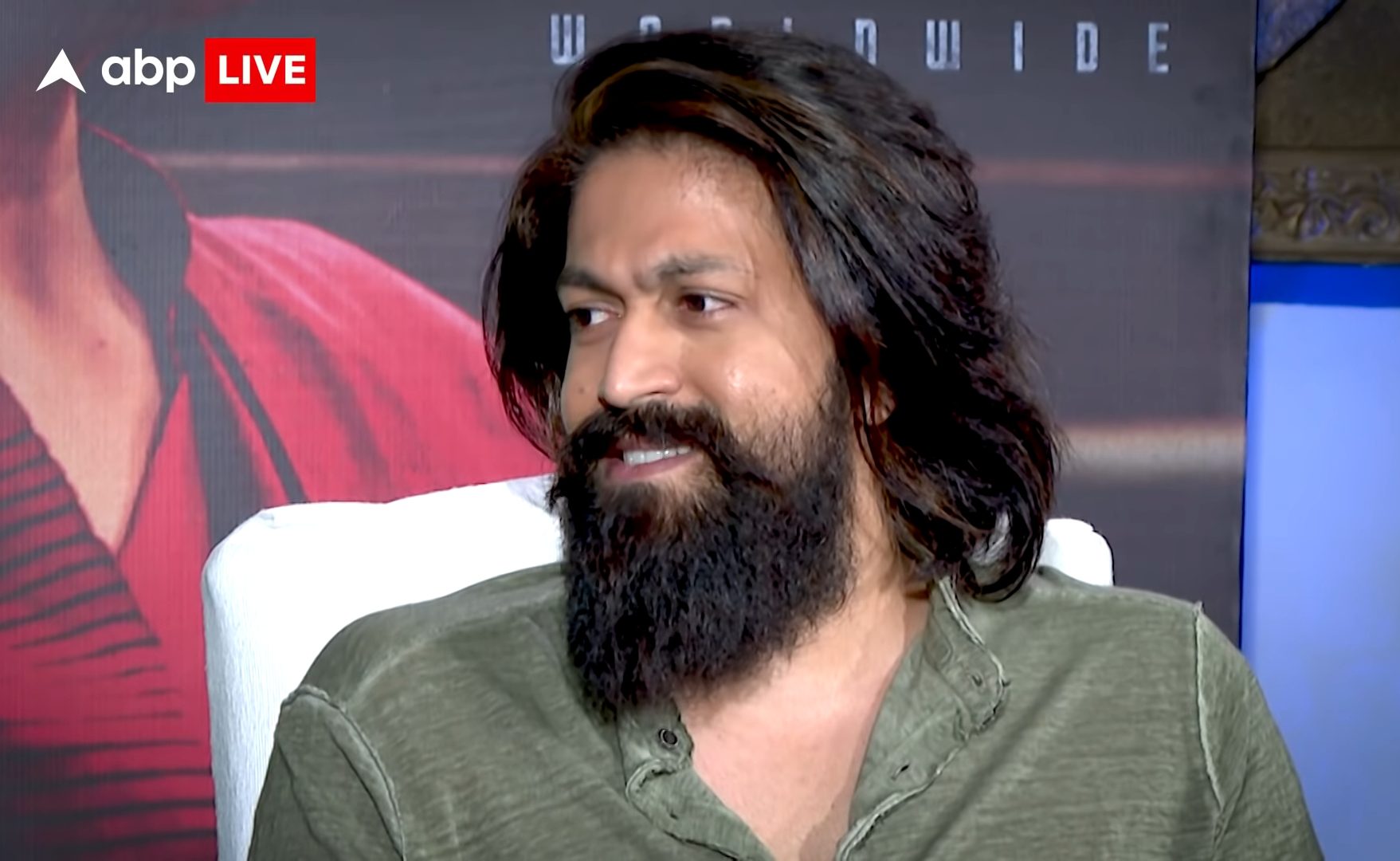 Well, guess what? The arrival of KGF Chapter 2 was one of the most awaited movies of 2022, and it broke several records. Moreover, this time the sequel didn’t disappoint anyone as well, as it was way better than it was expected to be. Little did you know that KGF Chapter 2 will premiere on more than 10,000+ screens. The Hindi version of this film has more than 1000 screens already. Apart from this, the movie will be distributed accordingly in the Northern and Southern parts of India. 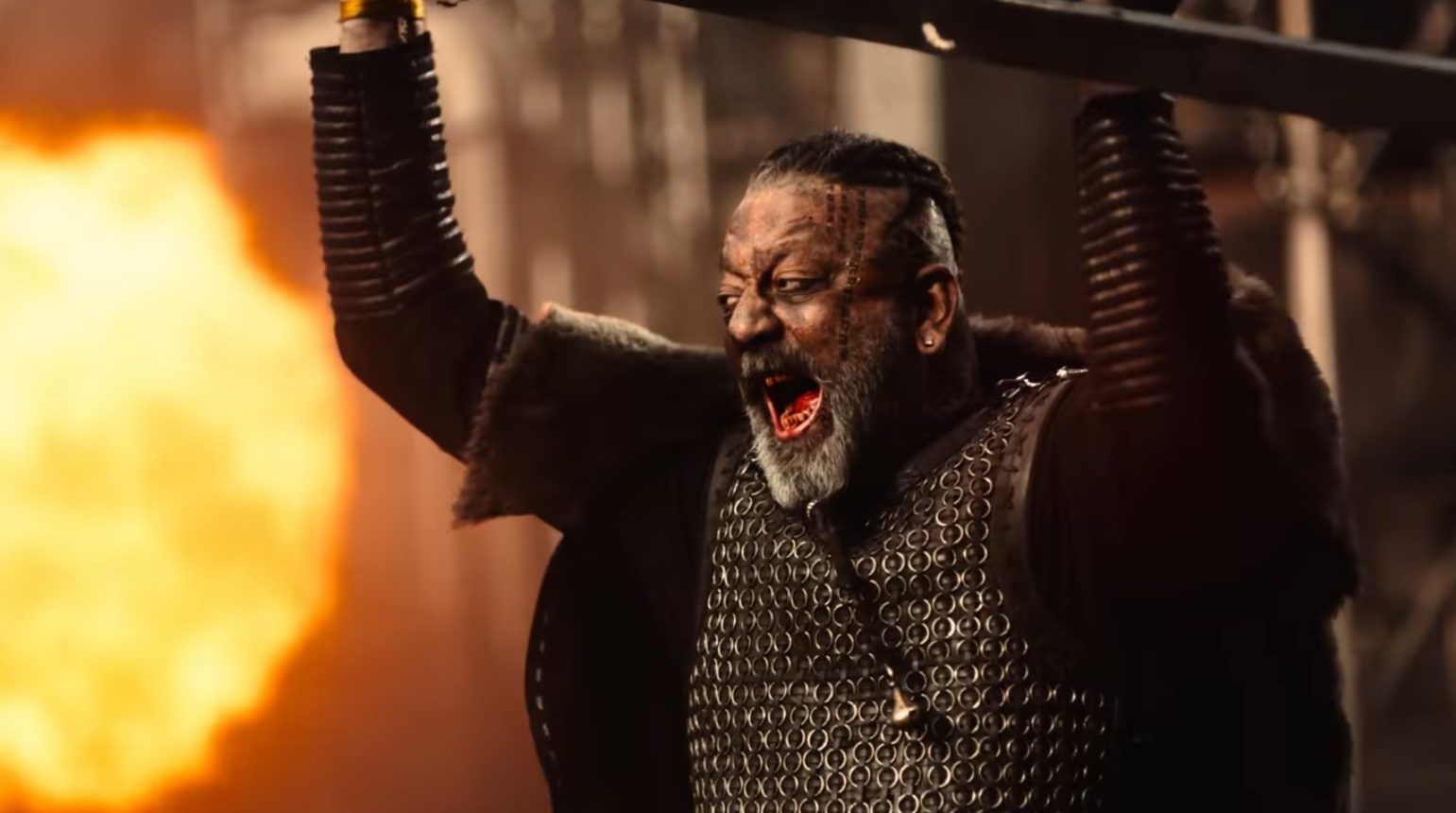