There are many anime shows where the characters have different personalities and backgrounds, leading the story in different directions. Some characters are famous for being weak to suddenly conquer great powers. But contrary to them there are also characters with money problems, who are poor despite having great talents or powers. And many viewers took a liking to these characters cause of their poor conditions. These conditions of a character result in a refined story and it gets interesting to witness the journey arc. Watching some of these characters in action will surely make you feel inspired and entertained.

With characters have a choice of indulging in dirty work to have to interact with beautiful girls. There are many characters that you will find amusing. So here are the Top 10 Anime with Poorest Characters.

Yuuta Segawa is the protagonist of the anime, Listen to me girls, I am your father. This anime is adapted from the light novel of the same name written by Matsu Tomohiro. The story follows Yuuta, who was raised by his older sister yuri when their parents passed away. When Yuuta was in middle school, his sister got married. And now after years have passed he is starting his new phase of life as a college freshman. Yuuta and his Sister’s Daughters

His dream of studying at a good university and getting a nice job were all ruined after his sister disappeared. With the disappearance of his sister, Yuuta decided to act as a guardian for his sister’s, three daughters. He faces many hardships while taking care of his sister’s daughters. As he had to console them as well keep up with his college work. Overall this is a very heartwarming anime to watch.

Yato is the protagonist of the anime, Noragami. This anime is adapted from the famous manga of the same name illustrated and written by Adachitoka. The story follows the life of Yato, a little-known god, who helps anyone with 5 yen to spare. He has always dreamed about being the greatest god among humans with having a dedicated shrine named after him. 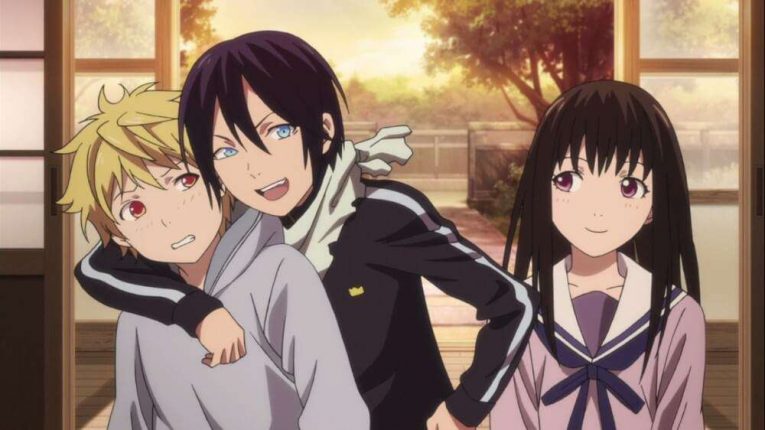 Yato with Yukine and Hiyori

One day his partner quits on him and left him in the hang. With his bad luck never-ending he also gets into an accident but is saved by a middle school girl. Her name is Hiyori Iki and her act of saving him caused her trouble with her soul. Eventually, she becomes his new partner, and their adventure together starts which can be life-changing for Yato.

Romeo is the protagonist of the anime, Romeo and the Black Brothers. This anime is based on the novel, Die Schwarzen Brüder which is written by a German writer Lisa Tetzner. The story follows Romeo, who throughout his life has faced many deprivations. His parents were not well equipped with resources, his father was a farmer and his mother was a housewife. 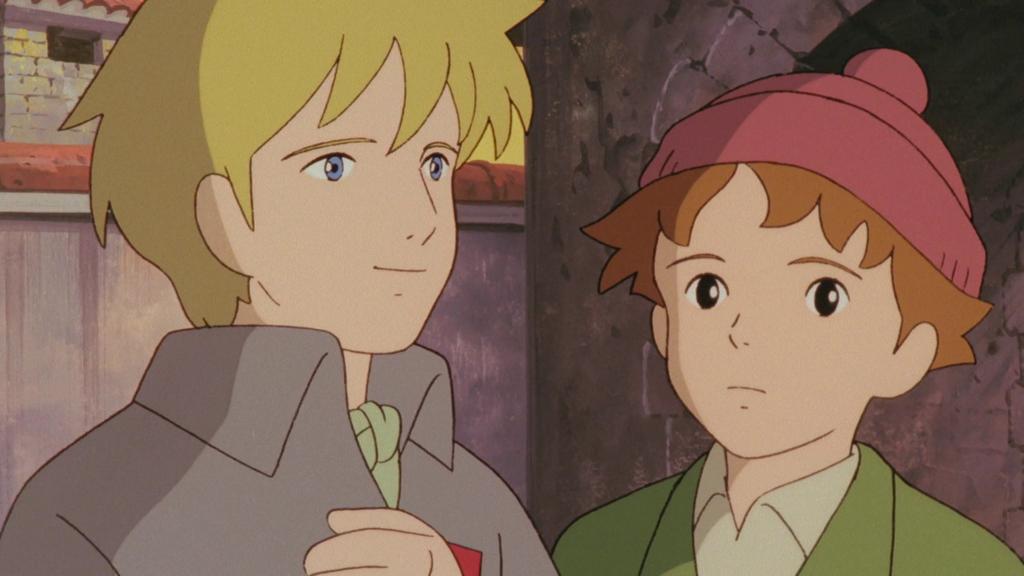 One day a man named Luini also known as the God of Death deals with Child trafficking. He takes interest in Romeo and offers his family to sell him, to which his father eventually refuses. This results in his father getting a head injury as he tries to put out the fire caused by Luini. With responsibilities towards his siblings, and his ill father he decides to offer himself to the God of Death. In his journey, he and his friend form a group called Black brothers to help children like him.

Nasa is the protagonist of the anime, Tonikawa: Over the Moon for you. This anime is based on the manga of the name same written and illustrated by Kenjirou Hata. The story follows Nasa, whose life is filled with crazy adventures when he meets Tsukasa, his future wife. Yuzaki has strived to become a greater person, cause his name, “Nasa” was far from a normal name. 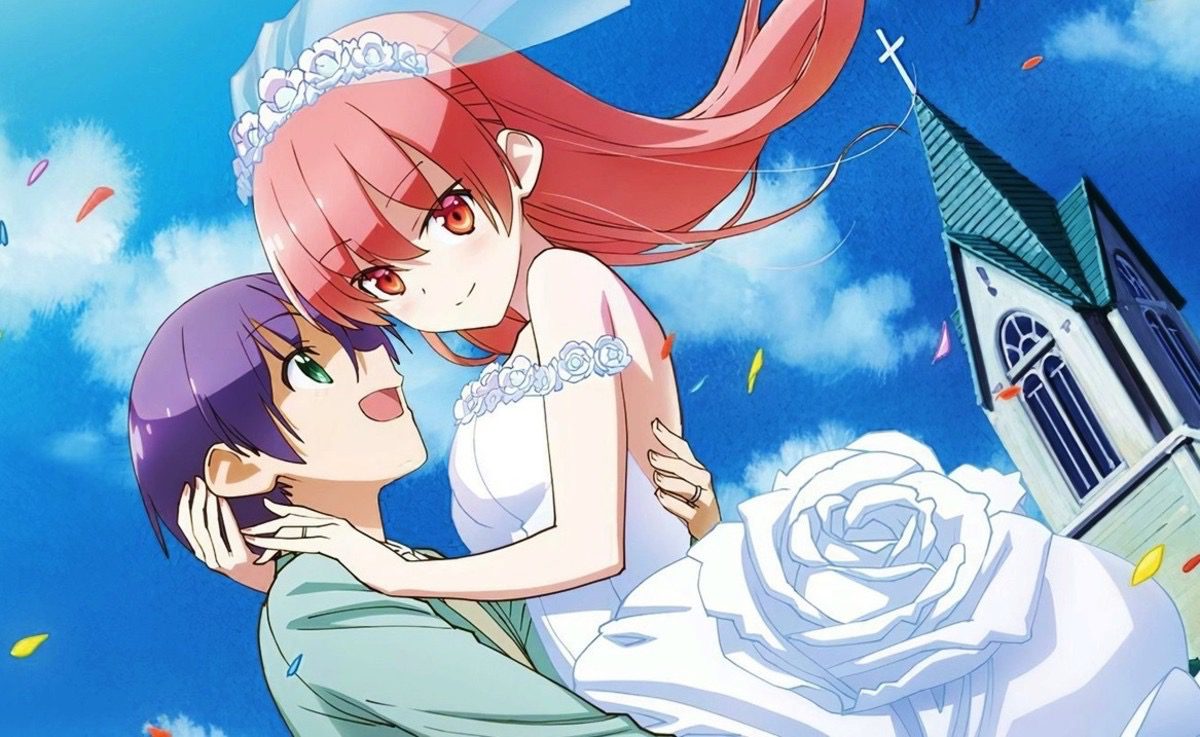 One day in the streets at night, he saw Tsukasa for the first time and fell in love with her. After being saved by her from the accident, he tries to confess his feeling. To which she accepts the proposal on the condition that he will marry her. Afterward, when Nasa accepts the condition, she suddenly vanishes from his life. Years later she visit him in his new apartment, changing his life forever as his Wife. Nasa faces quite financial challenges as he gets married. There are many cute romantic moments between the couple.

Arte is the protagonist of the anime of the same name, inspired by the manga illustrated and written by Kei. The story is set in the 16th century and focuses on the life of Arte, a magnificent young lady. She dreams of being an artisan and wants to help in the revival of the arts. But after her father’s death, her family decides for her to marry into a good family. Being unwilling to give up her love for doing arts, she decides to leave and search for a master. Her journey is filled with tragedies that will eventually lead her fate to become a great artisan. Hayate is the protagonist of the anime, Hayate the Combat Butler. This Anime is adapted from the manga of the same name. The story follows Hayate, a hardworking boy who works various jobs to repay his parents debt. One day he is targeted by a Yakuza gang because of his parent’s debt of a Hundred and Fifty Million yen. Being abandoned by his parents, he suddenly on a whim decides to kidnap a girl named Nagi. But due to some unfortunate events, he ends up working for her as a butler and a bodyguard. Arata is the protagonist of the anime, ReLife based on the manga of the same name written and illustrated by Sou. The story follows the life of a 27-year-old Arata, who left his job because of corporate bullying. And since he has not found another job, now with not enough savings he takes an offer for an experiment. This experiment involves taking a drug that will turn his old body into a body of a 17-year-old. His mission is to relive his life as a high schooler again. And at the end of this experiment, he will receive what he desires the most, a job offer. You can watch this anime on Crunchyroll

Yuiga is the protagonist of the anime, We Never Learn adapted from the manga of the same name. The story follows Yuiga, whose only goal in life is to give his Poor family a better life. To fulfill this dream, he has to get into the best university and attain the Special VIP nomination for a scholarship. 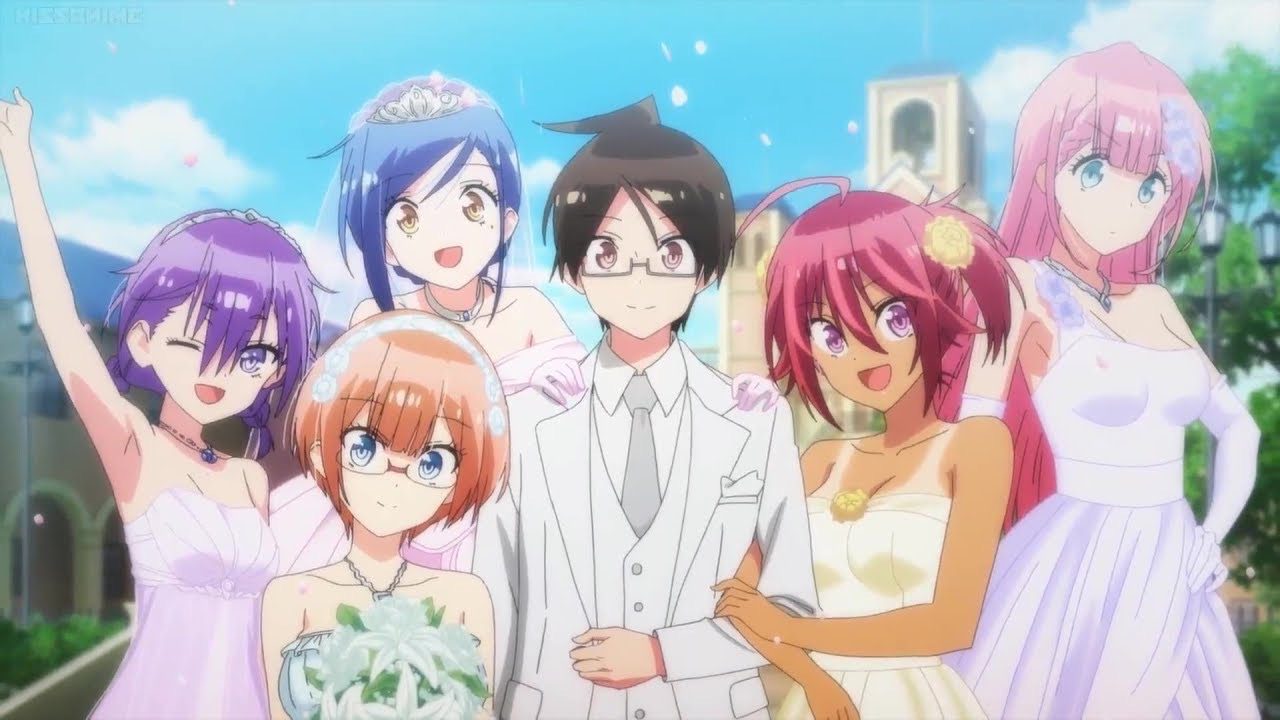 The principal granted him the scholarship in exchange for teaching the school’s famous geniuses. These geniuses also happen to be a trio of beautiful girls who are admired by many students. Each girl is brilliant in a particular subject but only wants to pursue the subject she is the worst with. To sum up, he ends up dealing with lots of nagging and pressure to tuition these girls.

Fuutarou is the protagonist of the anime, The Quintessential Quintuplets which is based on the manga of the same name. The story follows Fuutarou, a high school student with impeccable grades. But he leads a life of Privation and due to his father’s debt he is forced to bear minimum expenses. One day while eating lunch he comes across a female transfer student, who argues with him over the seat. Their arguments lead to them disliking each other. Tutoring an affluent family’s daughter is offered to him on the same day. He accepts the offer as the wages were five times the normal rate. But after he founds out that he has to teach the same girl from the cafeteria along with her quintuplet sisters. His golden opportunity suddenly turns into a hell hole.

You can watch this series on Netflix.

Miyuki is one of the protagonists of the anime, Kaguya – Sama: Love is war. The story focuses on the love war between Miyuki and Kaguya. At Japan’s well-known Shuchiin Academy, both of them are part of the student body. while Miyuki is the president, Kaguya is the Vice President. Both of them love each other but never confessed. But his condition is not good in terms of money, he usually does part-time jobs to support his family. The way he manages to stay on the top as the president of the student council is just flawless. Also, Read – 10 ‘Forbidden’ Love Stories in Anime That You May Not Know