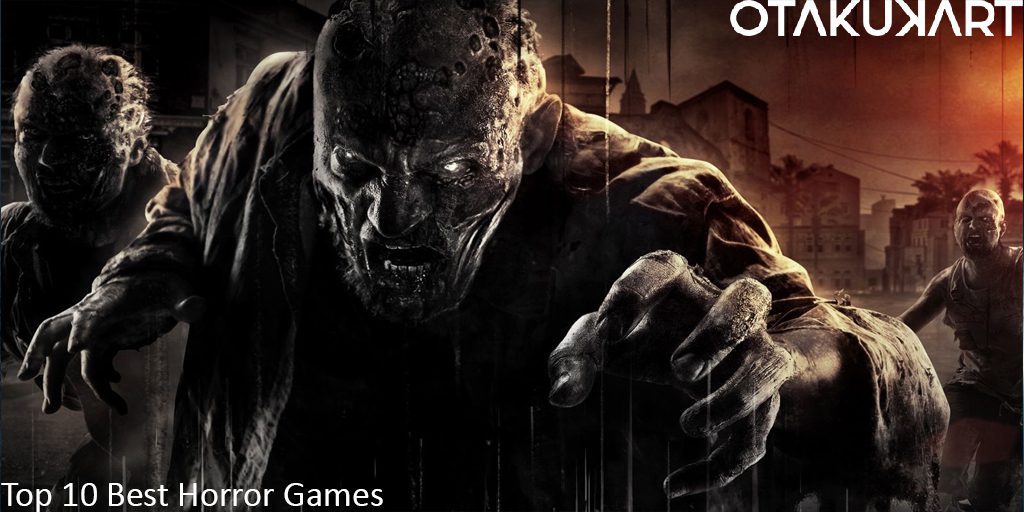 Horror games are a type of game that is intended to scare the players at each and every turn. The horror game will include scary sounds, grotesque appearances of enemies, etc. There are many types of horror like survival Horror, action horror, psychological horror, body horror, etc. The games on this list are not going to go out of date anytime soon. Scroll down and find out every game in this list.

Let us start the list with Alan Wake. Remedy Entertainment developed Alan Wake and launched it in 2010 for Xbox and in 2012 for Windows. The game follows the titular character, a famous and best-selling author, who goes to Bright Falls in Washington with his wife, Alice, after a writers’ block. After reaching there, his wife disappears, which he tries to uncover. While uncovering her disappearance, the strange shadowy figures come to kill him, and he learns that all these events are from his upcoming novel, Departure, which he did not remember writing. 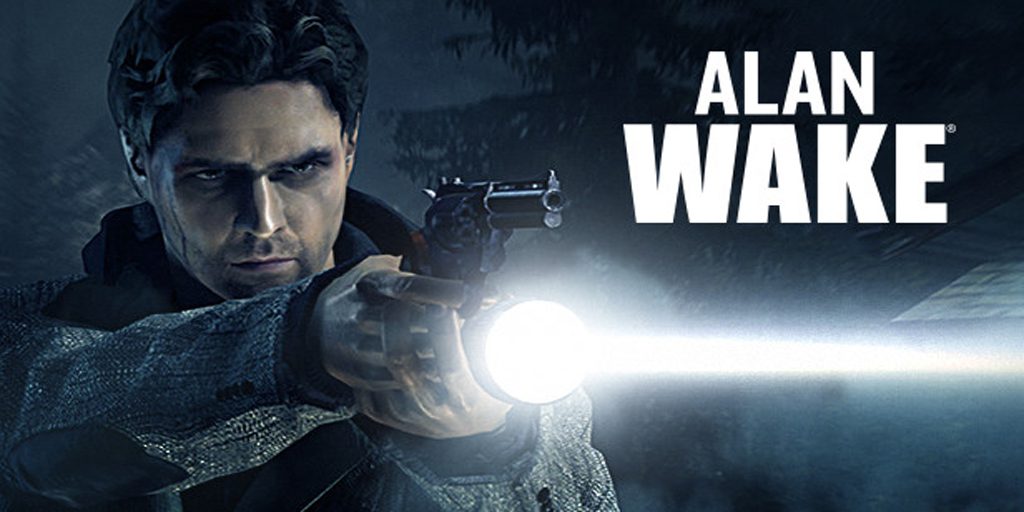 Alan wake has shadowy figures called Taken, who are humans, animals, or birds. These figures have shields that, which only light can break. After breaking the shield, the players can use the weapon to neutralize them. The game often encourages players to take environmental advantage to fight with enemies. During the game, Alan collects the manuscripts of Departure, which he does not remember writing, and learns that all the events mentioned in it are coming to life.

Sam Lake is the chief writer of Alan Wake and was in development for five years. Before a horror-thriller game, the developers chose open-world survival elements. The game was successful critically and has sold over three million units, and has won many awards, especially the best horror game of 2010 awards.

At ninth place is the sequel to 2014’s The Evil Within, The Evil Within 2. The second game is from Resident Evil franchise creator Shinji Mikami’s new company Tango Gameworks. The Evil Within 2 is a survival horror game launched in 2017 on all the platforms. The game follows Detective Sebastian, who, by the experience of the first game’s event, is haunted and at his lowest point after losing his only child. He is then suddenly contacted by his former assistant, Juli Kidman. She tells Sebastian that his daughter is alive, and a way to save her is by entering a simulation called Union, which has become a nightmare realm. 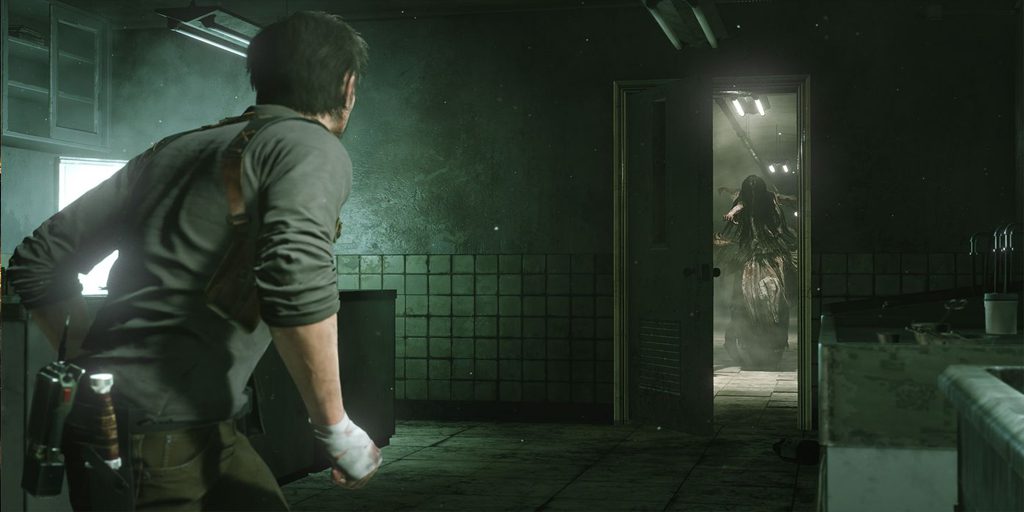 The game has a sandbox type of level design, where the players can access the levels in multiple ways. The game allows crafting like ammo. The player can customize the weapons with parts collected in Union. Evil Within 2 has straight-up combats and a stealth system.

The game, at its release, received favorable reviews from both fans and critics. The gameplay of Evil Within 2 was a huge step up and was very fun. The difficulty option, Nightmare, returned in Evil Within 2.

In eighth place is Little Nightmares by Tarsier Studios. The game is a horror puzzle-platformer game launched in 2020 for all the platforms. The game follows a girl, Six, who is in a mysterious world and is very hungry. She must escape the Maw, a massive underwater iron vessel, by solving puzzles and avoiding the monstrous inhabitants of Maw. 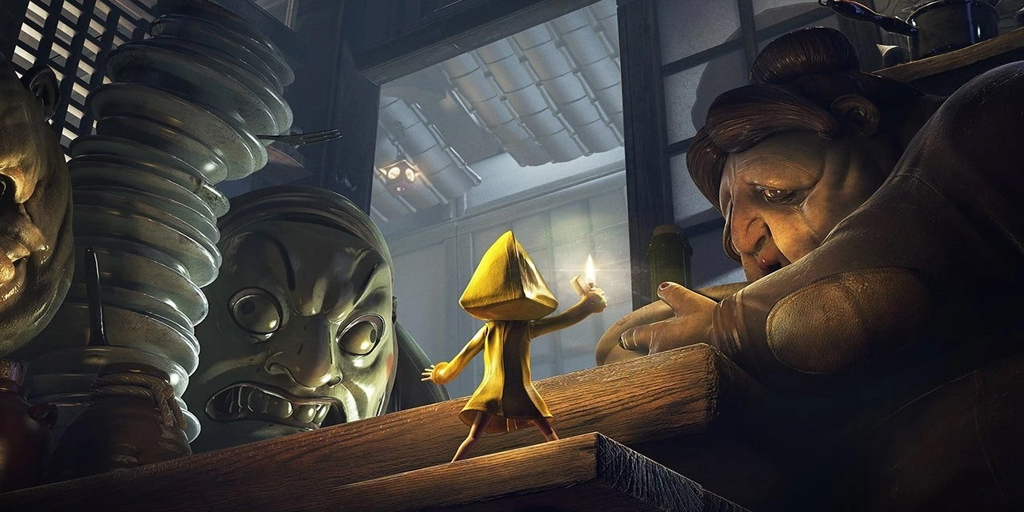 The players control Six in 2.5D view. Six only has a lighter with her and no weapons to protect herself from the inhabitants. The players have to remain stealthy. The game levels are often blocked by puzzles that players have to clear to move further.

Little Nightmares, at its release, was positively received by critics and fans. The game was economically successful, having sold over two million units.

In seventh place is Left 4 Dead 2. Unlike the prequel which Turtle Rock Studios developed, Valve developed Left 4 Dead 2. The game launched in 2009 for Xbox 360, Microsoft Windows, Linux, and Mac OSX. The game has five campaigns, Dead Center, Dark Carnival, Swamp Fever, Hard Rain, and The Parish. The player’s objective is to fight their way against a horde of zombies, and through the campaigns, with the main objective as an escape at the end. 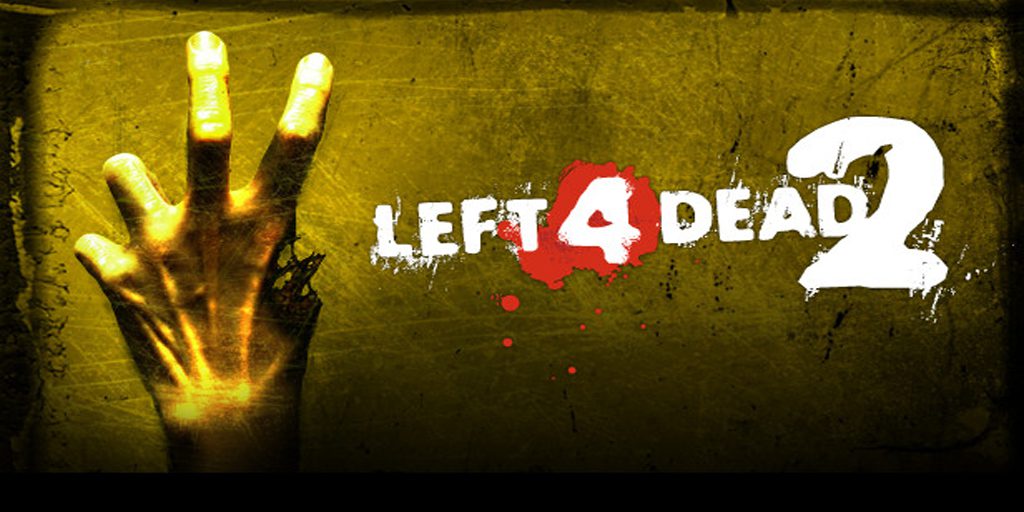 The game has an AI Detector which after, analyzing the performance of the player, changes and adjusts the scenario. Left 4 Dead 2 initially, after its reveal, received a mixed reaction, but after the launch, it was very successful economically and critically. Left 4 Dead 2 has sold over 11 million units and is considered the greatest game of all time.

In sixth place is another game from Shinji Mikami, Resident Evil 2. Capcom developed it and launched it in 1998 for the original PlayStation, GameCube, Nintendo 64, Dreamcast, and Windows. The game takes place two months after the events of the original Resident Evil and follows the characters Leon S Kennedy or Claire Redfield, depending on the player’s choice and their attempt to escape the Racoon City that is infested by T-Virus infected zombies. 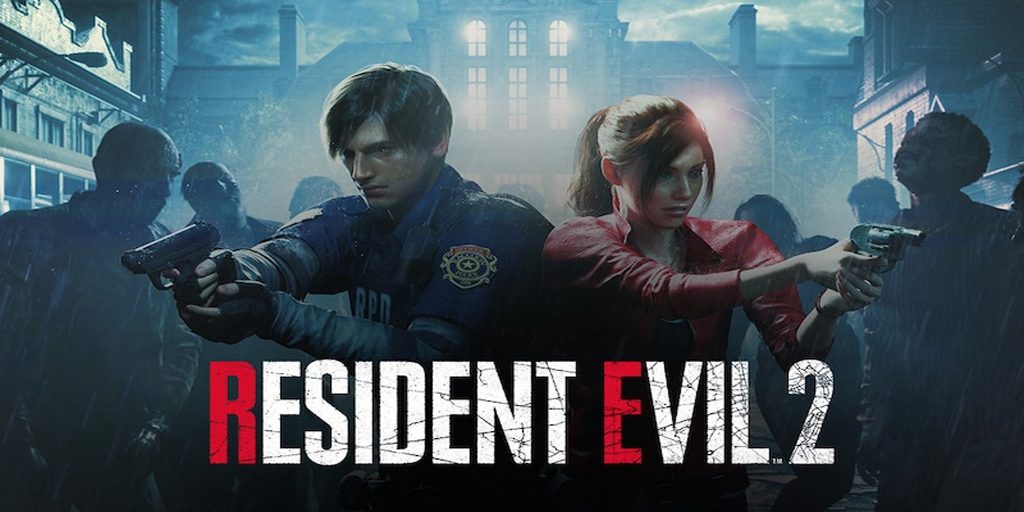 The game has two different scenarios for both characters, Leon and Claire. Both the Resident Evil 2 games allow the players to carry weapons but with limited ammo. The players can find the ammo in the environment by breaking boxes, inside lockers, etc. The players explore Racoon city and clear the puzzle to access the next area. Both the characters, Leon and Claire, have different scenarios and locations. Tyrant, a huge Bio Organic Weapon, will appear multiple times as a hurdle and kill them if it comes too close.

Both games, Resident Evil 2 and the Remake, were anticipated releases. At their release, both games were successful critically and economically. Both the games have combined sales of over 15 million copies as of writing this blog.

In fifth place is the survival horror game Amnesia The Dark Descent. Frictional Games developed Amnesia and published it by themselves. Originally launched in 2010 for Windows, Linux, and Mac OS X and in 2016 for PlayStation, in 2018 for Xbox One, and in 2019 for Switch. The game follows Daniel, who wakes up in the dark empty halls of a castle named Brennenburg. The players must navigate Daniel through the castle to escape it while trying to keep his sanity by avoiding monsters of the castle. 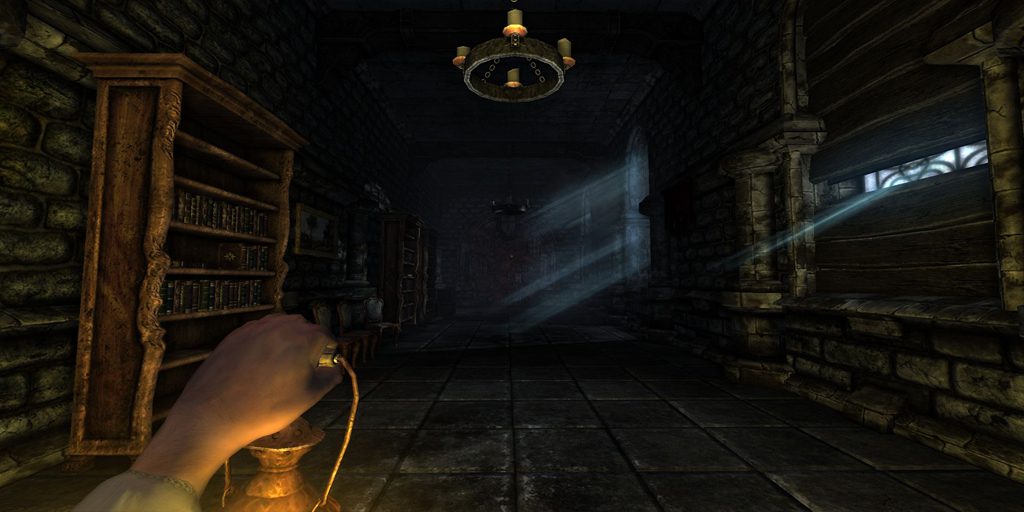 Puzzle-solving and monster avoiding is the main aim of Amnesia. The game has a sanity management system where players must prevent Daniel from going insane. The sanity of Daniel reduces if he is in darkness too much or if the monsters are chasing him. The players can only run and escape the sight of the line of the monster, as the game provides no means to fight back. Amnesia has very positive reviews and is mostly praised for the horror element of the game. The game, at its release, has sold over one million units. The game was also popular when PewDiePie did the let’s play of the series.

In fourth place is the terrifying psychological survival game Outlast II. The sequel to 2013’s Outlast. Red Barrel developed and published the sequel. The game follows the reporter couple Blake Langermann and Lynn as they travel to the Arizona deserts to cover the disappearance of a pregnant woman called Jane Doe. When they reach the village, their Helicopter crashes. During the crash, Lynn and Blake are separated from each other. The players control Blake and his search for his wife in an Arizona village, whose inhabitants think that end days are coming. 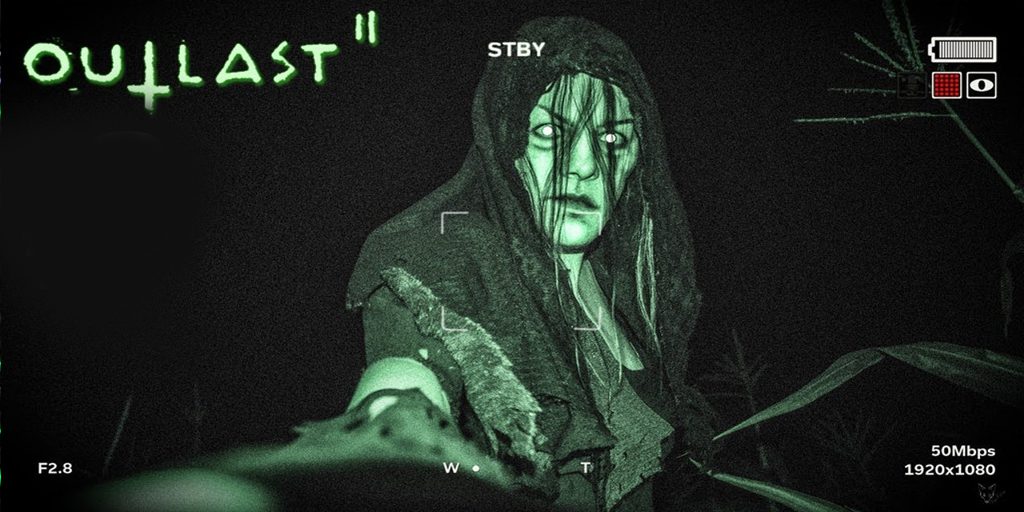 The sequel follows the same gameplay as Outlast, where the player navigates the area with a camera. The players have to use the camera carefully due to limited batteries. They can find the batteries in the levels at various places. The game is different from Outlast as now the game has a big environment, and players can not expect where the enemies will attack from.

Outlast II has positive reviews from fans and critics. Outlast II has sold over a million copies. A sequel, Outlast III, and a spin-off in Outlast franchise are currently in Development

In third place is the spiritual father of Bioshock and the first game led by Ken Levine, System shock 2. System Shock 2 was developed by Irrational Games released in 1999 by Electronic Arts. The game follows in a cyberpunk future where the players as a soldier have to hinder the plan of SHODAN, an evil artificial intelligence, from infecting everything in the starship called Von Braun. 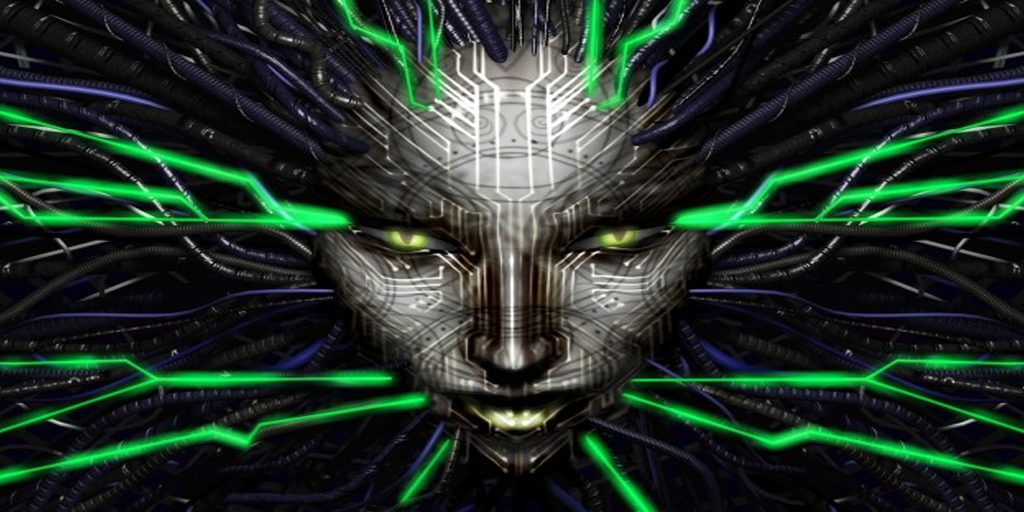 The players have the ability to upgrade themselves. System Shock 2 has a career option at the beginning, which provides a bonus later in the game. The game has a research function, which allows the players to know the enemies better and help them in eliminating them. System Shock 2 provides a huge arsenal to fight against the enemies.

System shock 2, at its release, received critical acclaim. It is an important and influential game due to its achievement in the game industry. System shock 2 is considered the Greatest Game of All Time.

In second place is none other than the sci-fi survival horror game and sequel to Dead Space, Dead Space 2. Visceral Games returned to develop the sequel and released it in 2011. The game takes place three years after the original Dead Space. It follows Isaac Clarke as he awakens in a space station called Sprawl, which is around the remnants of Titan, amidst the Necromorphs outbreak and their attack. The players have to navigate and escape the space station while fighting or avoiding the Necromorphs. The game has many similarities to its predecessor. Dead Space 2 has five difficulty modes: Casual, Normal, Survivalist, Zealot, and Hard Core Mode. The last mode, Hard Core Mode, can only be unlocked after completing the game in any other four modes. Unlike Dead Space, the sequel offers multiplayer called Outbreak mode.

Dead Space 2 was an anticipated game before its release. At its release, it was universally acclaimed and has sold over two million units.

The best horror game of all time is none other than Resident Evil 4. Resident 4 made Over-the-Shoulder feature famous. The original creator, Shinji Mikami, wrote and directed Resident Evil 4. The game follows Leon S Kennedy, a US Government Special Agent sent on a mission to rescue Ashley Graham from a cult in a rural area of Europe. Leon fights the herd of villagers who are controlled by a parasite. Resident Evil 4 has many quick-time events where the players must act accordingly indicated by the game. The enemies in Resident Evil 4 are smart as they can dodge and bring in weapons to kill Leon. Some levels have boss fights where he must fight the villager turned into a nasty and grotesque figure. Like previous games, Resident Evil 4 has a limited supply, and players must find the supplies in the environment. The soundtracks of this game are as thrilling and terrifying as the game. Resident Evil 4 was released with critical acclaim and is one of the most important and greatest games of all time. RE4 has sold over 10 million units.