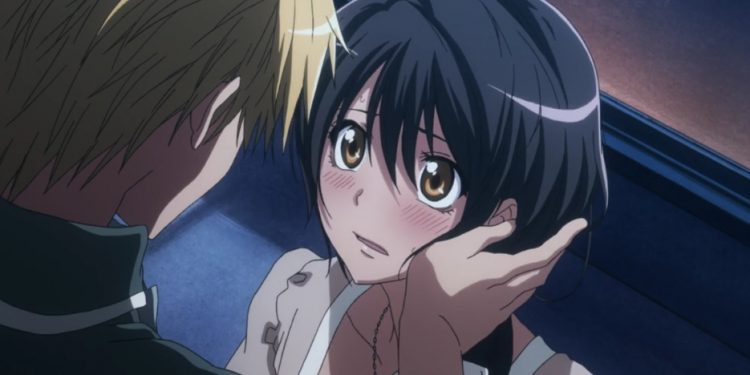 Valentines Day is a day when we celebrate the feeling of warmth and love. Some spend this day garnering quality time with their partners, while some spend this day by themselves and indulge in some romantic content. Whether a person is single or committed, everyone deserves to relax for some time and enjoy the feeling of love. As human beings, it is often easier for us to empathize with fictional characters than real people, as we know the entire background stories and inner monologues of the characters. People often prefer experiencing tragedy in fiction than in real life. Similarly, the feeling of being loved can be explored in the fictional realm as well. So, here we have brought you ten romance anime to watch on Valentine’s Day in 2022.

Anime provides a great escape from the real world, something that we could all be used to during a Valentine’s Day that falls on a Monday of all days. Some people like to cry their hearts out while watching romantic shows; others prefer something light-hearted with a simple and straightforward plot. You might have heard of some of these anime before and find comfort in revisiting an old show. Some of these might seem like hidden gems if you want to try something new and exciting. We have curated a list of 10 anime that are sure to make your heart go Doki-Doki.

This is a very sweet and unique love story revolving around Takeo Goda; a tall and brawny guy who unfortunately has no luck in romance, and Rinko Yamato; a sweet petite girl who unexpectedly falls in love with Takeo. This series has 24 episodes in total, which is perfect for a binge session during Valentine’s Day.

This series is your average high school love story with a bizarre twist, which makes it so well received by most anime fans. The story takes place in Shuchiin Academy, whose student council president, Miyuki Shirogane, and Vice President, Kaguya Shinomiya, have very obvious feelings for each other but refuse to admit them. They instead make it a game amongst themselves that whoever confesses their feelings first will be the loser. This series’ plus points include its unique premise and offbeat humor, which keeps the audience on edge as they find out whether love can win or not in this competition.

This is a bitter-sweet love story between Futaba Yoshioka and Kou Tanaka as main characters. Both Futaba and Koe try to fit in with their classmates while helping each other with their struggles and trying to figure out their feelings for the other person. This anime is one of the most successful projects of renowned author Io Sakisaka, who has established her considerable influence in the romance manga industry. Viewers are in for an emotional roller coaster ride while watching this heartfelt love story.

If you’re a person who prefers an element of fantasy in your love story, this is the perfect pick for you. In the story, Nanami Momozono wants to live like a normal high schooler, but faith has something else for her in-store. Due to unforeseen circumstances, she becomes homeless and has to take refuge in a shrine offered to her by Tomoe Mikage, a former Earth deity. Both of the characters fall in love with each other and try to tread a path where they both can be together, as the romance between a deity and a human being is taboo in this world.

This series is a classic amongst romance anime fans. The story revolves around Misaki Ayuzawa, the student council president of a formerly all-boys school, and Takumi Usui, an all-rounder top student of the school. Misaki appears as a very tough administrator during school hours and as a waitress in a maid cafe for her part-time job. Usui discovers this secret of hers, and the story unfolds into a very sweet and entertaining love story.

6. Wotakoi: Love is Hard for Otaku

This might be the most relatable anime for all Otakus out there. This story is about two office working geeks, Narumi and Hirotaka. They both decide to start dating each other but face various challenges along the way, as the title suggests. This is the perfect rom-com to binge if you prefer a bit more realistic love story.

This series is more suited for an audience that enjoys some heavy drama along with a healthy dose of high school romance. Naho Takamiya receives a letter from herself ten years in the future. The letter warns her about the future of Kakeru Naruse, who is a new transfer student in her school. The series acknowledges mental health problems as being valid. All the characters surrounding Kakeru put in their best efforts to help him cope with his issues, and a bittersweet romance ensues.

This is a queer love story between two high school students, Yuu and Touko. Both of them generally struggle with romance and believe that they won’t ever be able to understand the emotion called love. As the series progresses, both the characters develop a deeper understanding of both themselves and their feelings towards each other.

This anime is a sci-fi and romance series. The story takes place in a futuristic world where humans live with androids who look and act exactly like human beings. However, there is a catch that an android lives only for approximately 9 years. The story takes a tragic turn when a human and android fall in love with each other. This 12 episode series is a real tear-jerker and great for fans of sad love stories.

If you’re someone who just expects some absurd humor and no drama from your rom-com series, this series won’t disappoint you. The premise of this series might be the dream of every fujoshi. Kae Serinuma loves reading Yaoi mangas, and one day when her favorite fictional character passes away, she goes into such a huge shock that it completely changes her appearance. After this change, many attractive classmates of hers started liking her, but the only thing she wished for was for her classmates to fall in love with each other and not her.

We hope you have found your ideal pick to watch during this Valentine’s day.