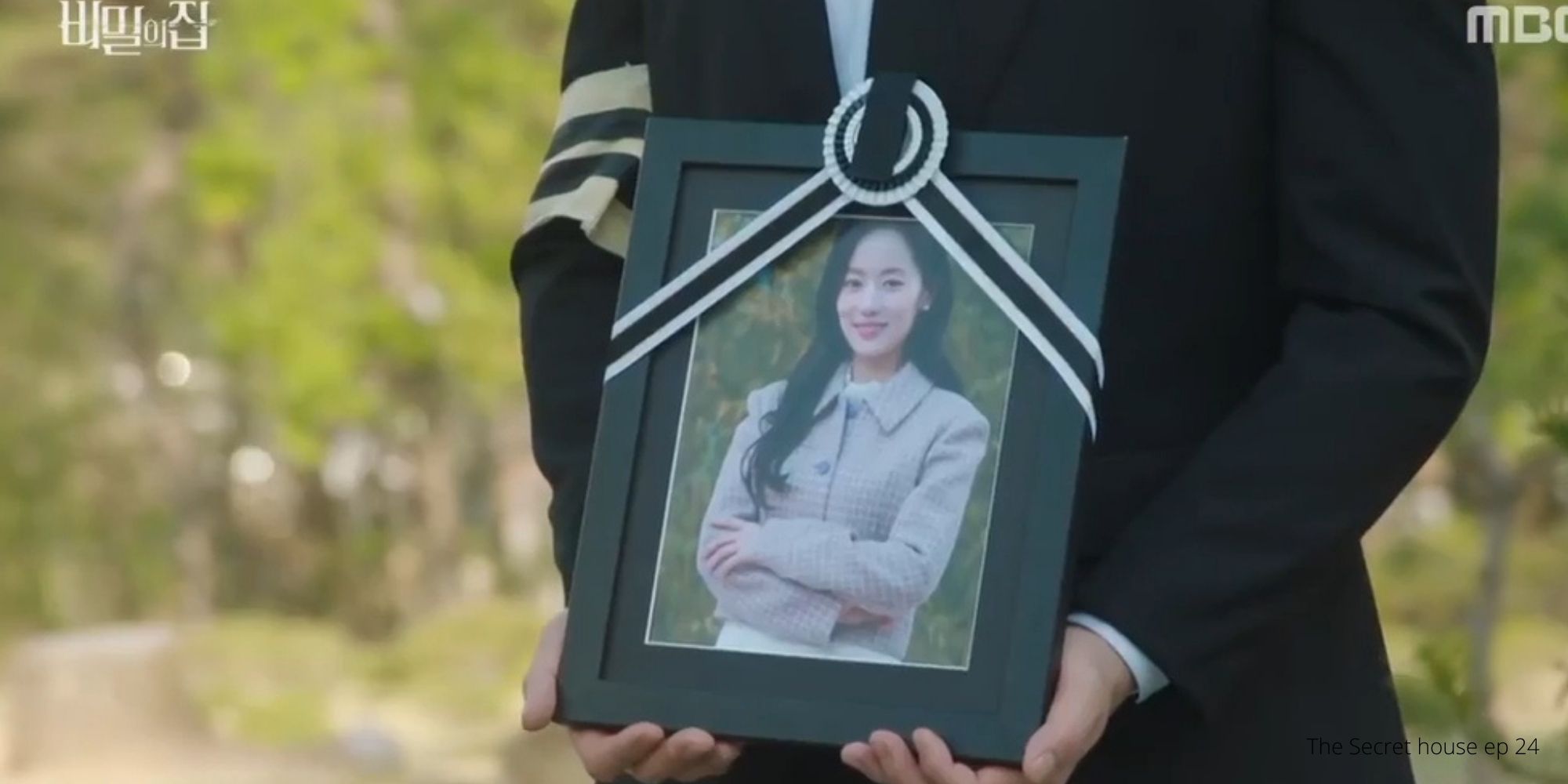 Tae Hyung kills Min-Young accidentally and covers up his tracks with the help of his mother’s hitman. In ‘The Secret House’ Episode 24, Tae Hyung might be gone to the dark side as he is in denial that he is a murderer. Also, he forces his mother to take the blame for Min-Young’s death as well.

After receiving Min-Young’s message, Ji Hwan tries to track her down. Finally, in the morning, he locates her, but it is too late. She has already been murdered. Moreover, at the time of covering the tracks, the hitman sent a text from Min-Young’s phone to Ji Hwan saying that she was going to commit suicide because she was not happy.

In ‘The Secret House,’ we see that Min-Young tells Joo Hong that she is Sol’s mother. Also, she reveals that Ji Hwan raised her daughter after she abandoned her. When she suggests that she will take Sol with her, both Ji Hwan and Joo Hong think that it is not a good idea. Even if Min-Young can’t help her brother, she wants to save her daughter at any cost. Because of this, she goes to ask for Tae Hyung’s help. However, she ends up finding out that Tae Hyung and his mother are the reason Kyung Sun has been missing for nine years.

She confronts Tae Hyung, but he does not accept his crime. When she plays a recording of his conversation, he knows that he does not have an escape. He lies to Min-Young and kidnaps her. When they reach an abandoned building, he drags her into the building and tells her that her mother is dead. She is so hurt by this that she tries to kill Tae Hyung. Unfortunately, she is the one who ends up dying as Tae Hyung does not save her. ‘The Secret House’ Episode 24 might embark on the start of Jin Hwan’s journey for revenge.

After nine years of being apart from her daughter, Min-Young finally had a chance at happiness. However, Tae Hyung takes away her life by not saving her when she falls off the building. After this, he panics because he never meant to kill her. At that moment, Sook Jin’s employee comes to the scene and helps Tae Hyung cover up the crime. On the other hand, after receiving the text, Ji Hwan and Joo Hong keep calling Min-Young the whole night but are not able to reach her.

After covering up the scene, Tae Hyung goes to his office and spends the night there. The next day, his mother comes in with a change of clothes and notices that Tae Hyung is acting weird. However, she does not say anything to him, and instead, she asks her hitman what happened. When she finds out that Tae Hyung killed Min-Young, she is devastated. She beats her employee out of frustration. However, now the situation cannot be changed, and she will have to save her son at any cost.

‘The Secret House’ Episode 24 will release on 12th May 2022. Sook Jin confronted Tae Hyung about killing Min-Young, and he said that he had no other choice. However, there is no remorse on his face, and he forces his mother to take the blame for this murder as well. In the morning, Ji Hwan tracks down her sister’s location only to find her dead. He is not able to comprehend why his sister committed suicide because she was just starting to get to know her daughter. Moreover, now he will have to explain to her daughter why her auntie disappeared suddenly.