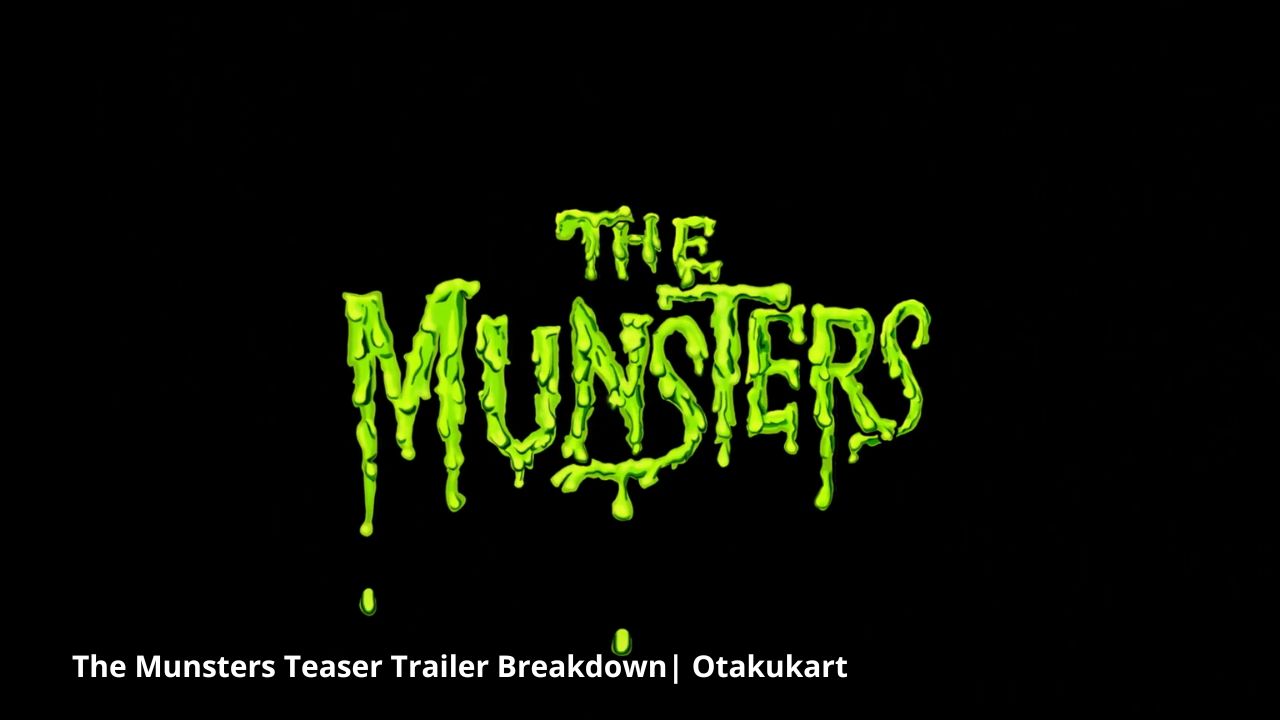 From The Official Trailer Of The Munsters (2022)

When it comes to Rob Zombie films, expect horror, gore, violence, and whatnot. But not the same case with The Munsters (2022) as its first teaser trailer arrives on the internet. Since the time Rob Zombie took over the duties of writing and directing The Munsters film, he has been giving us behind-the-scenes footage from the film, but now a full-fledged teaser is out here presenting us the three key characters from the film.

Taking a look at the same, here we are breaking down the very first teaser trailer of The Munsters (2022). How the film keeps the same 60s vibe and brings colors to the film, unlike the 60s black and white sitcom. We will also take a quick look at the cast and when we can expect the film to release.

The teaser trailer of The Munsters (2022) pays an ode to the opening of the original sitcom that ran from September 1964 to May 1966 on CBS for around two seasons. We see the Munsters house with Rob Zombie’s name all over it in the green. The next we see is Jeff Daniel Philips as Herman Munster as he breaks through the door.

Following Philips, out comes Sheri Moon Zombie, Rob Zombie’s wife playing the role of Lily Munster as he checks out who’s home. Lastly, we see Daniel Roebuck playing the role of Grandpa Munster. The trailer comes to an end, stating that, unlike the 60s sitcom, the movie will be in living color as we see the three family members together. 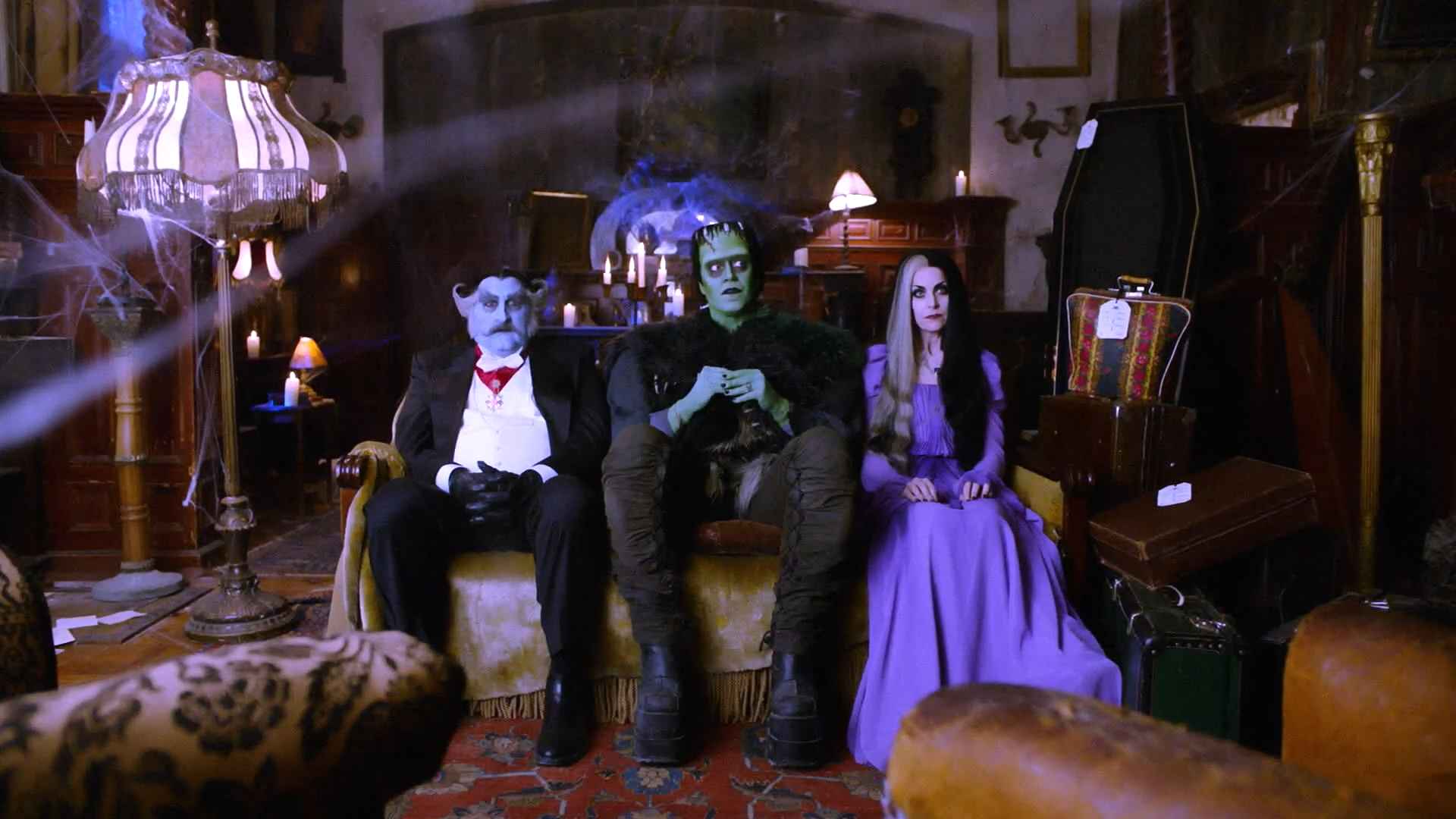 From The Official Trailer Of The Munsters (2022)

Talking about the movie being in color, Rob Zombie said in an interview that if he demanded it to be in black and white, the new Munster would have never happened. Zombie had to compromise but made up for it by making the colors hyper-real.

Whenever he saw the actors on the sets in their makeup and costumes, they looked like cartoons to him. He wanted the lighting for the film to be the same. It seemed like a live-action cartoon which was exciting.

The color seems to be the only difference in the film. Apart from that, the movie is made 100% in the spirit of the original sitcom. The show has all the 60s vibe the fans would be looking for. On top of that, unlike the previous Rob Zombie films, The Munsters (2022) will be receiving a PG-13 rating.

The Munsters (2022), in the spirit of the show, may continue to follow the same story of the original sitcom. The original show saw the Munsters, a family of monsters who believed they were more or less like the ordinary ones despite the fact that they looked odd and had strange tastes. 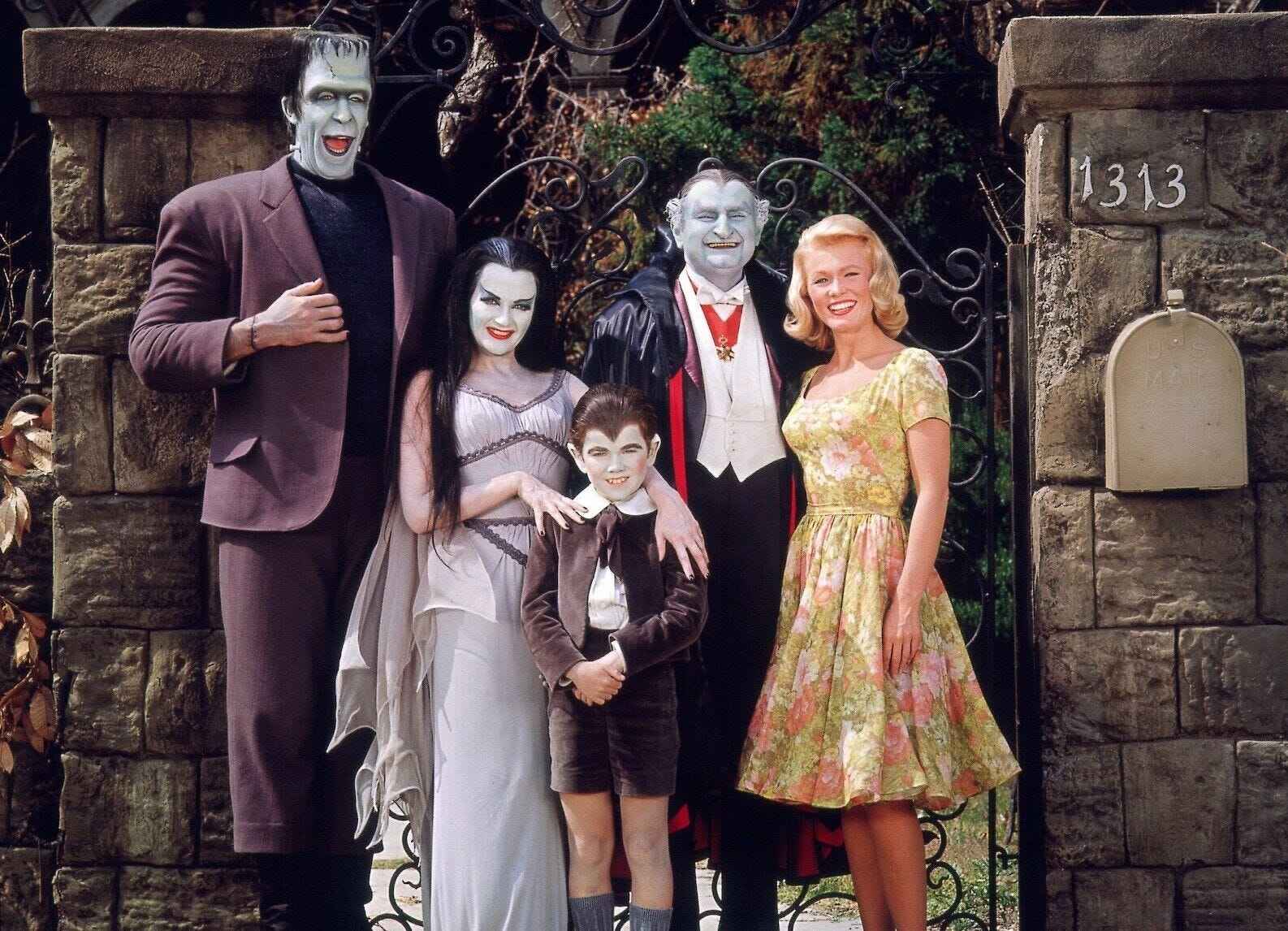 In order to live a life like that, they moved from Transylvania to the American suburbs. The show originally followed the typical sitcom formula. The monsters such as Frankenstein and Vampires were inspired by the horror films that were released during that era. Apart from all of this, the movie will be filled with easter eggs revolving around the original show.

There is no official release date for The Munsters yet, but the teaser trailer teases that it will be arriving this year only in theatres as well as on Peacock. Since the teaser trailer is out, it’s a matter of time before the official trailer will be out as well. So we can expect the movie to drop somewhere in late 2022.