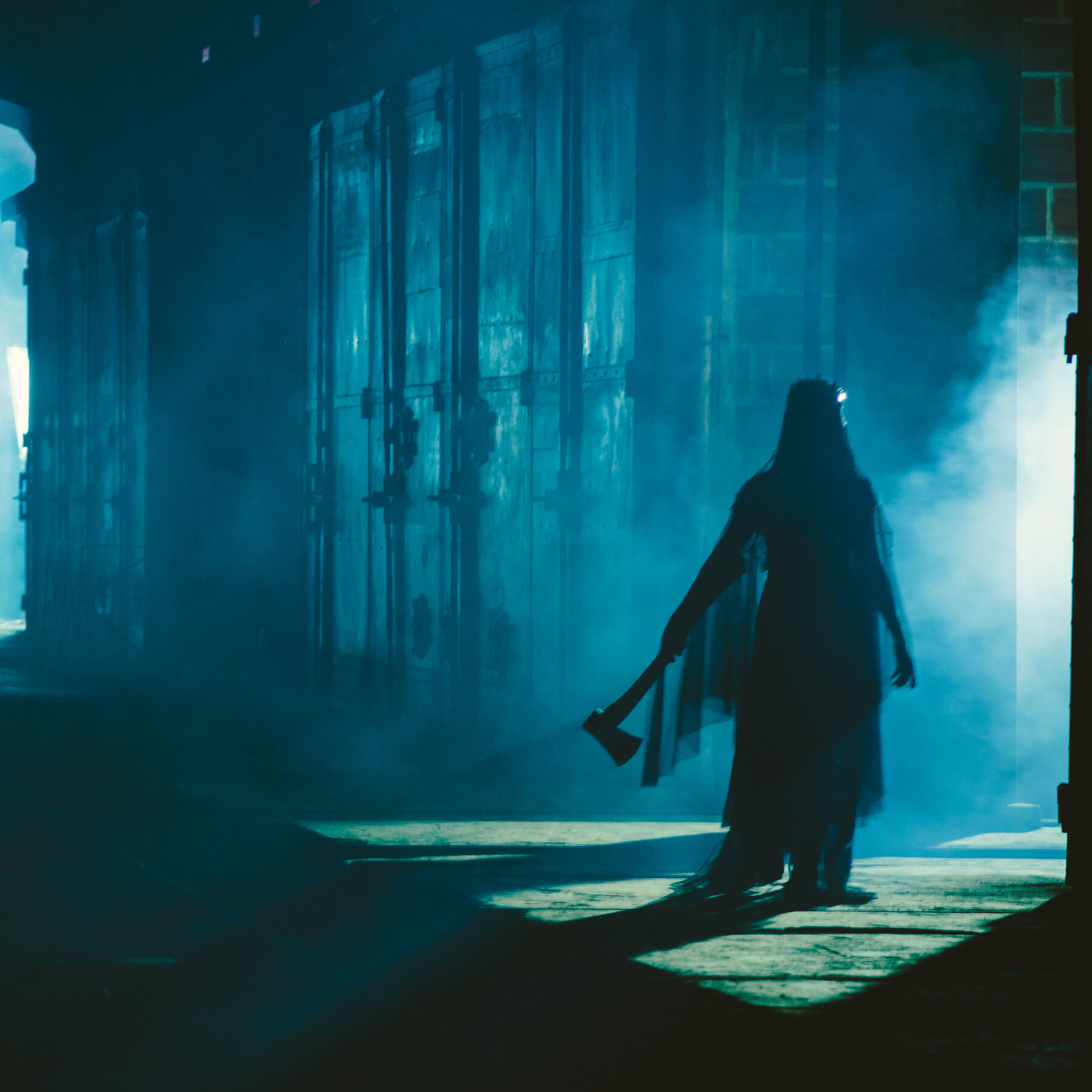 Horror for some may not be a horror for others. Some may consider paranormal activities as scary, while others may have other definitions of “scary.” For example, nothing is scarier for me than missing my mother’s 10 calls. It intimidates me to the core. Period. 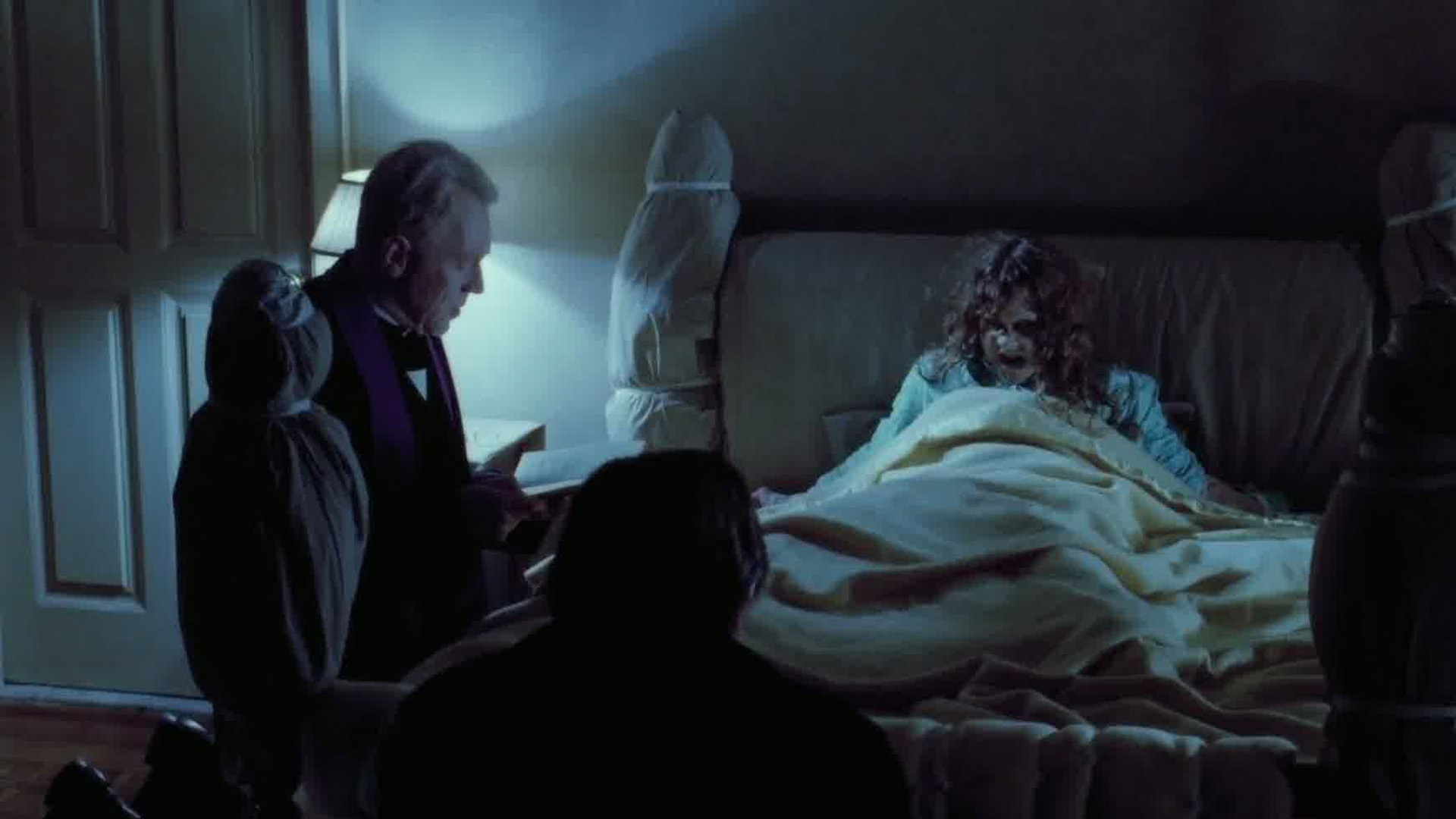 This is one of the scariest movies that I’ve ever watched. It is adapted from a book penned down by William Peter Blatty that comes by the same name. The movie spins around a 12-year-old girl who acts unusually often levitating and speaking in tongues. Her concerned mother seeks help from the doctors to get her daughter back. Even after continuous struggles and several near-death experiences in the supernatural world to make her daughter perfectly fine again, she couldn’t succeed and hits a dead end. However, when he comes across this girl, a local priest hints that the demon may possess her. Thus, to get her out of trouble, he executes an exorcism. 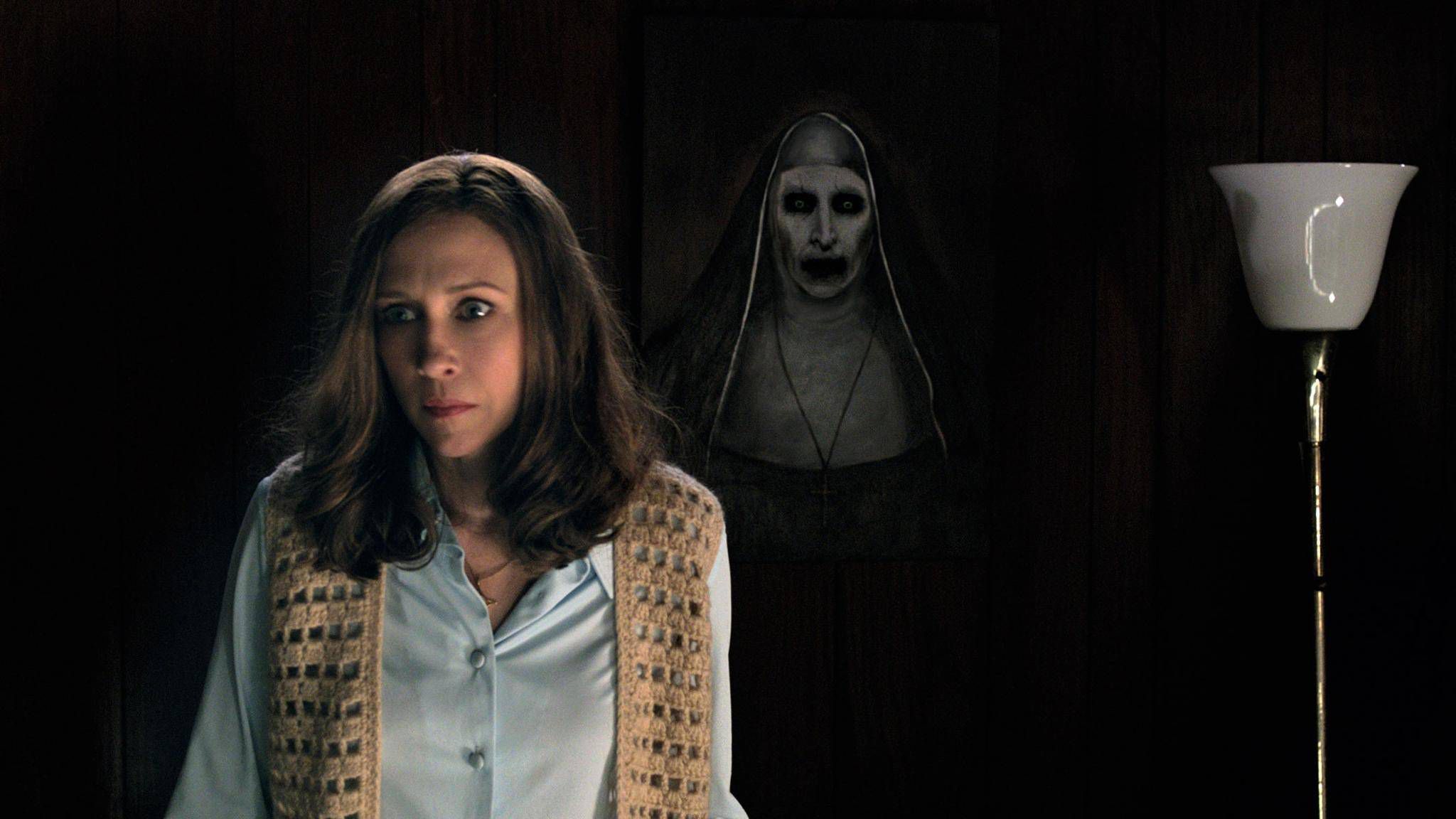 Not just Conjuring 2, the whole Conjuring series is frightening. Warner Bros Studios has always amazed people with its perfect movies, and Conjuring 2 is one of those masterpieces. A single mother seeks from Ed and Lorraine’s paranormal investigators when she notices mystical activities in her house. And observes the eerie behavior of one of her daughters. The movie has plenty of jump shock moments, and you’ll certainly enjoy watching it with your friends. And to be honest, the chemistry of Lorraine and Ed comes to my mind before Elvis Presley whenever I listen to the song ” Can’t Help Falling In Love With You.” The other parts of this franchise are The Nun(2018), The Conjuring(2013), Anabelle(2014), and many more. The makers were about to release, Conjuring 3: one of the most highly anticipated movies of the year. But, due to the global pandemic, its release has been delayed! 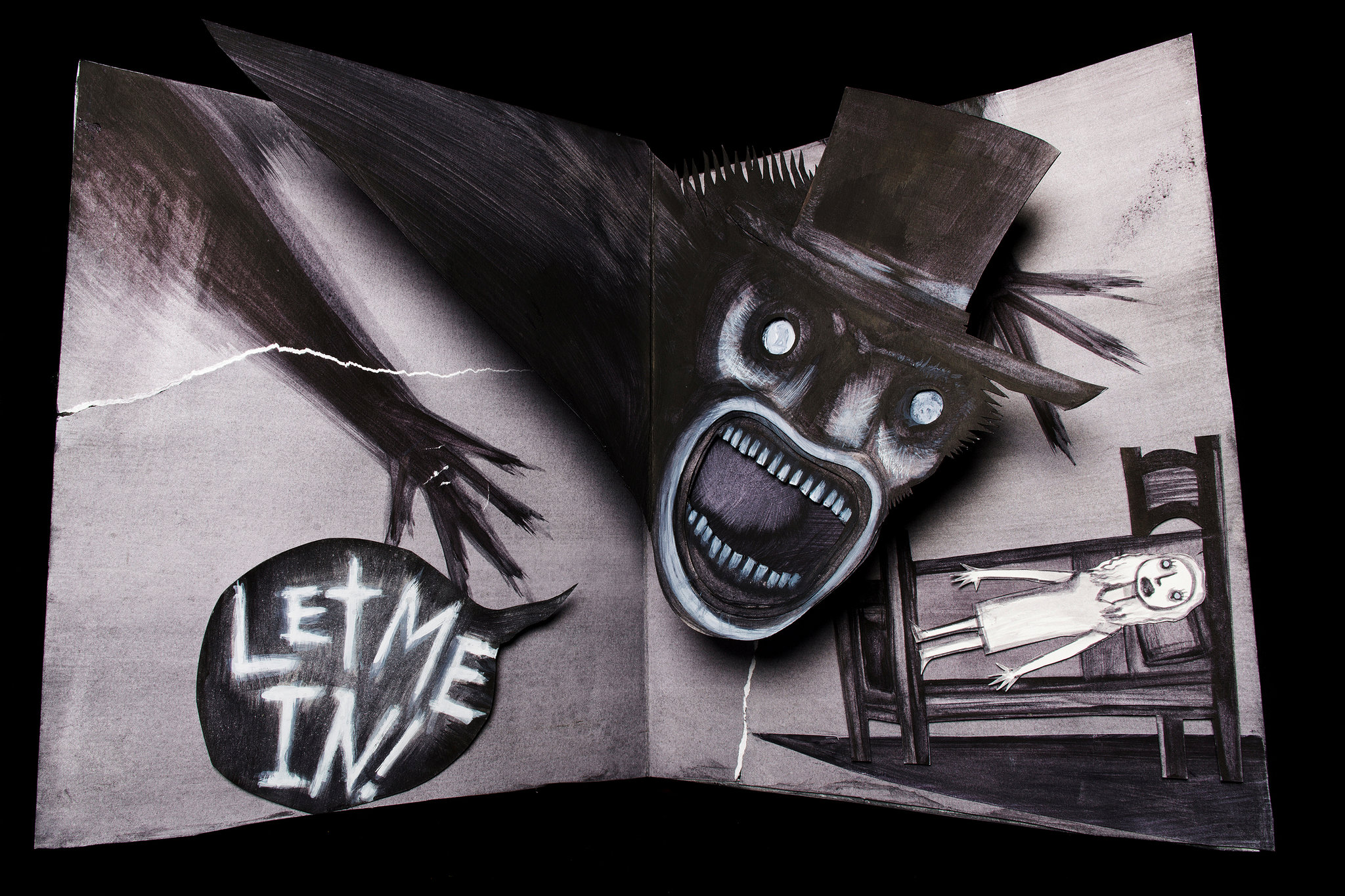 The Babadook- The Monster is Real

Undoubtedly, this movie has the most fearsome and chilling scenes. A widow afflicted by her husband’s death discovers that a monster, Babadook, is sneaking into her house. She discovers that the titular monster is after her son and tries her best to save him. Jennifer Kent made her directorial debut through this psychological horror film. Set in the locations of Australia, the movie can unnerve anyone with its frightening scenes. 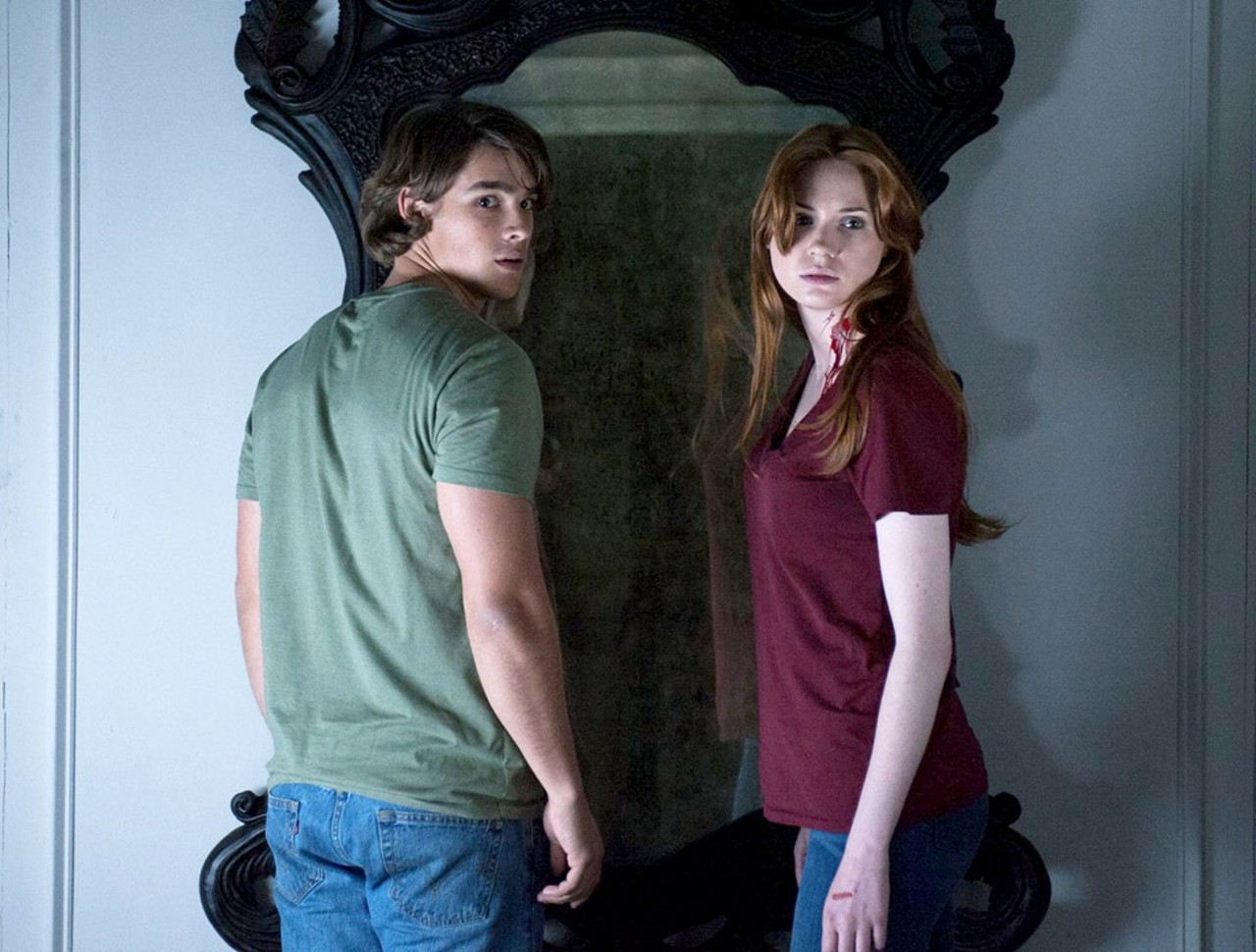 Tim and Kailey experimenting with the mirror

Well, if you are not much into deathly scenes and ghosts but like paranormal activity and hallucination related movies, Oculus is the one for you. And it is highly underrated. This movie revolves around siblings Kaylie and Tim. Feared by the ghostly experiences in their childhood, they try to uncover the mysteries behind a mirror. They conclude somehow that the mirror was responsible for the split-up of their parents and eventually their death. Amidst the mirror’s investigation, Kaylee and Tim are infected by scenes that the mirror sets up in their minds. What happens to them at the end? Do they die or discover the secrets behind the mysterious activities of the mirror? Watch the movie and learn yourself! 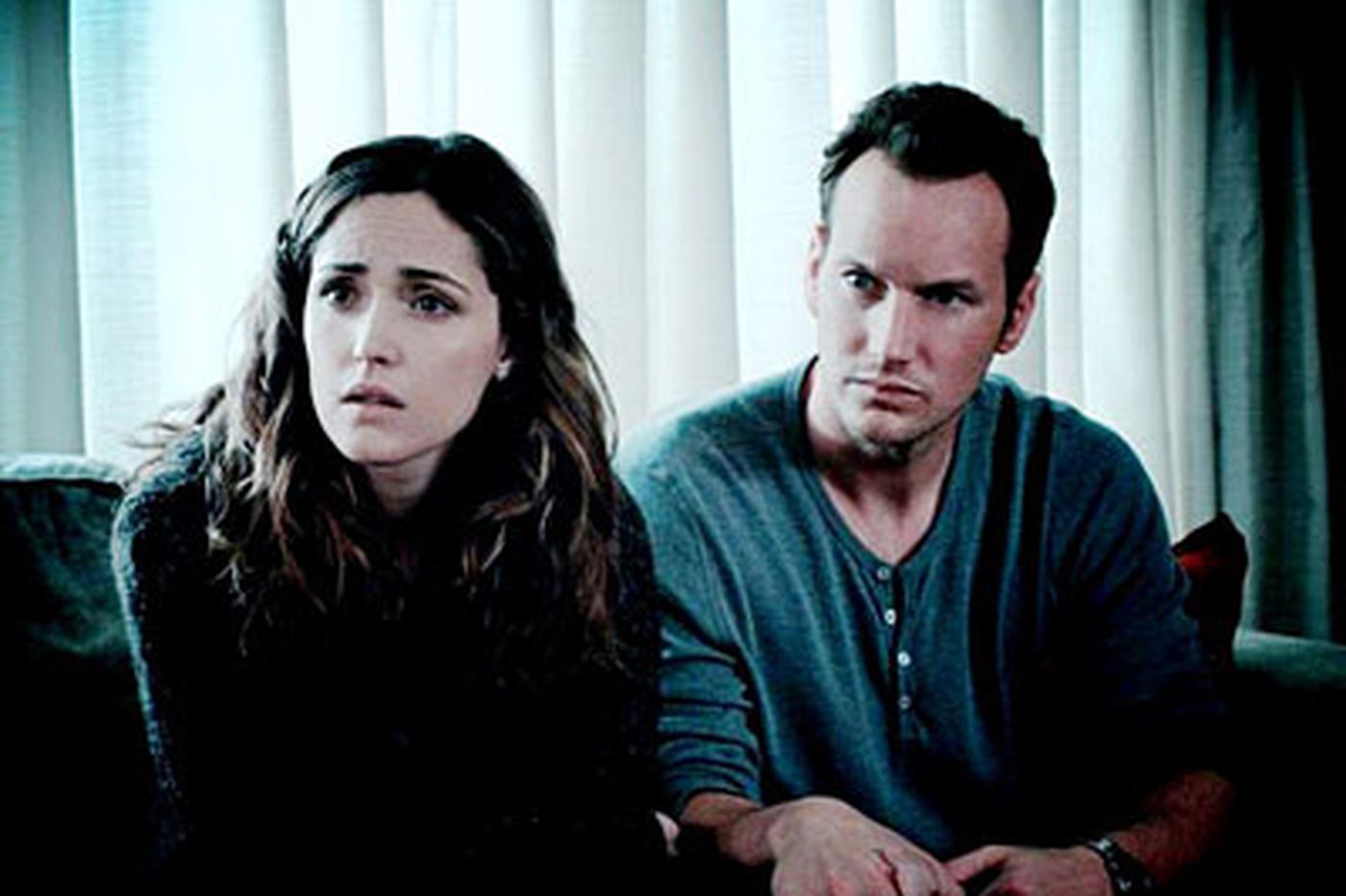 This horror-thriller franchise has four films, and all of them are super exciting. Josh and Renie try their best to bring back their son to the real world as he falls mysteriously into a coma. They observe many paranormal activities in their house and seek help from an investigator, Elise Rainier. In the third part, Elise is shown to protect a young girl who tries to reach her dead mother but falls into the trap of ghosts. Right from the first film, a sense of dread and panic will surround you, and it will last till the end! You won’t feel bored at any point. 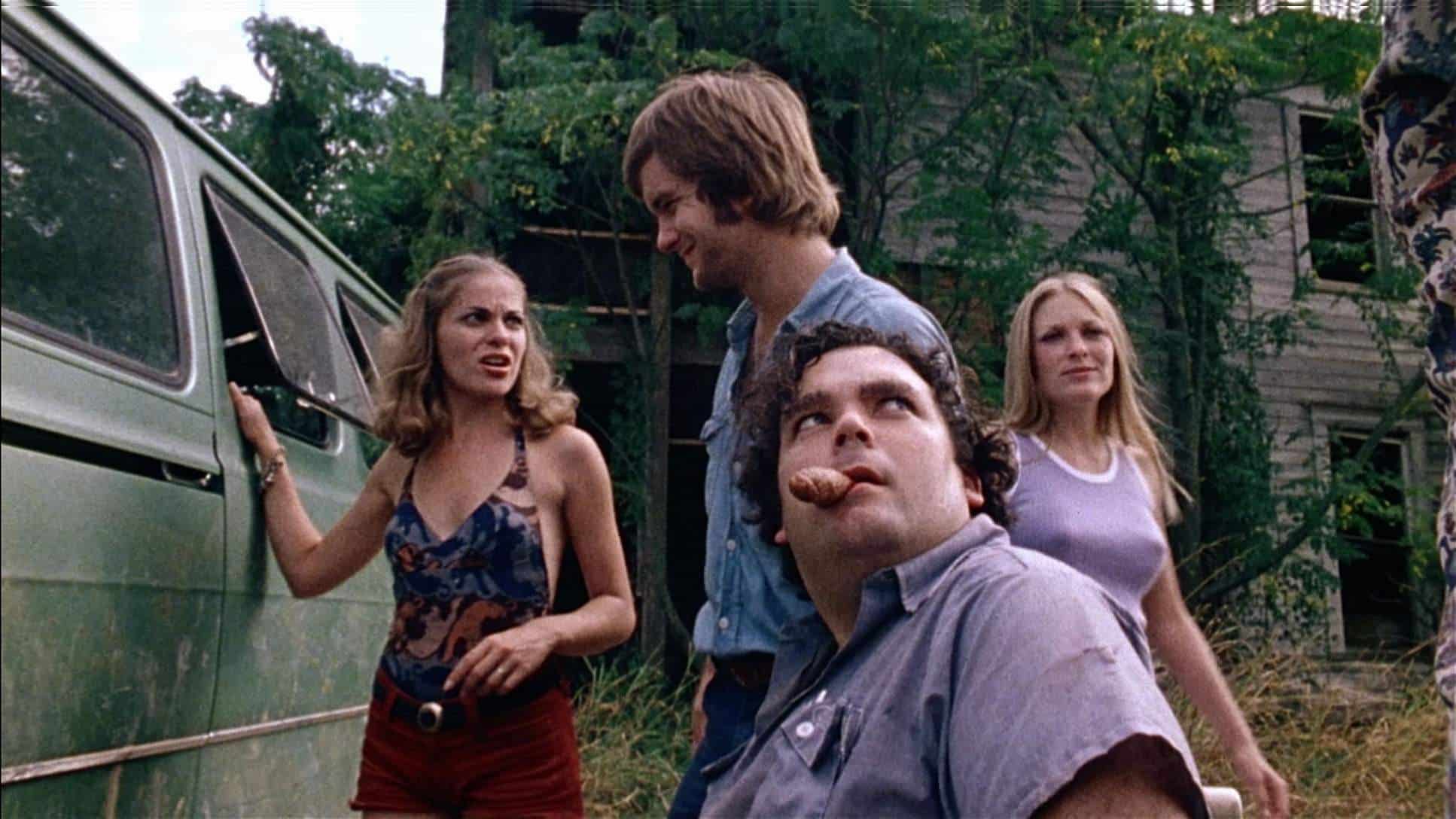 The Texas Chain Saw Massacre- The group of young individuals

On a journey across Texas, the car of the group of young people breaks down. They fall prey to cannibals who eat the flesh of victims. The makers claim that the movie is based on a true story and publicized it with the same strategy. The plot of the Texas Chain Saw Massacre doesn’t make much sense and is extremely imaginary. Directed by Tobe Hooper, the movie stars Marilyn Burns and Paul A. Partain. The Texas Chain Saw Massacre has an IMDb rating of 7.5, making it worth watching at midnight with friends. 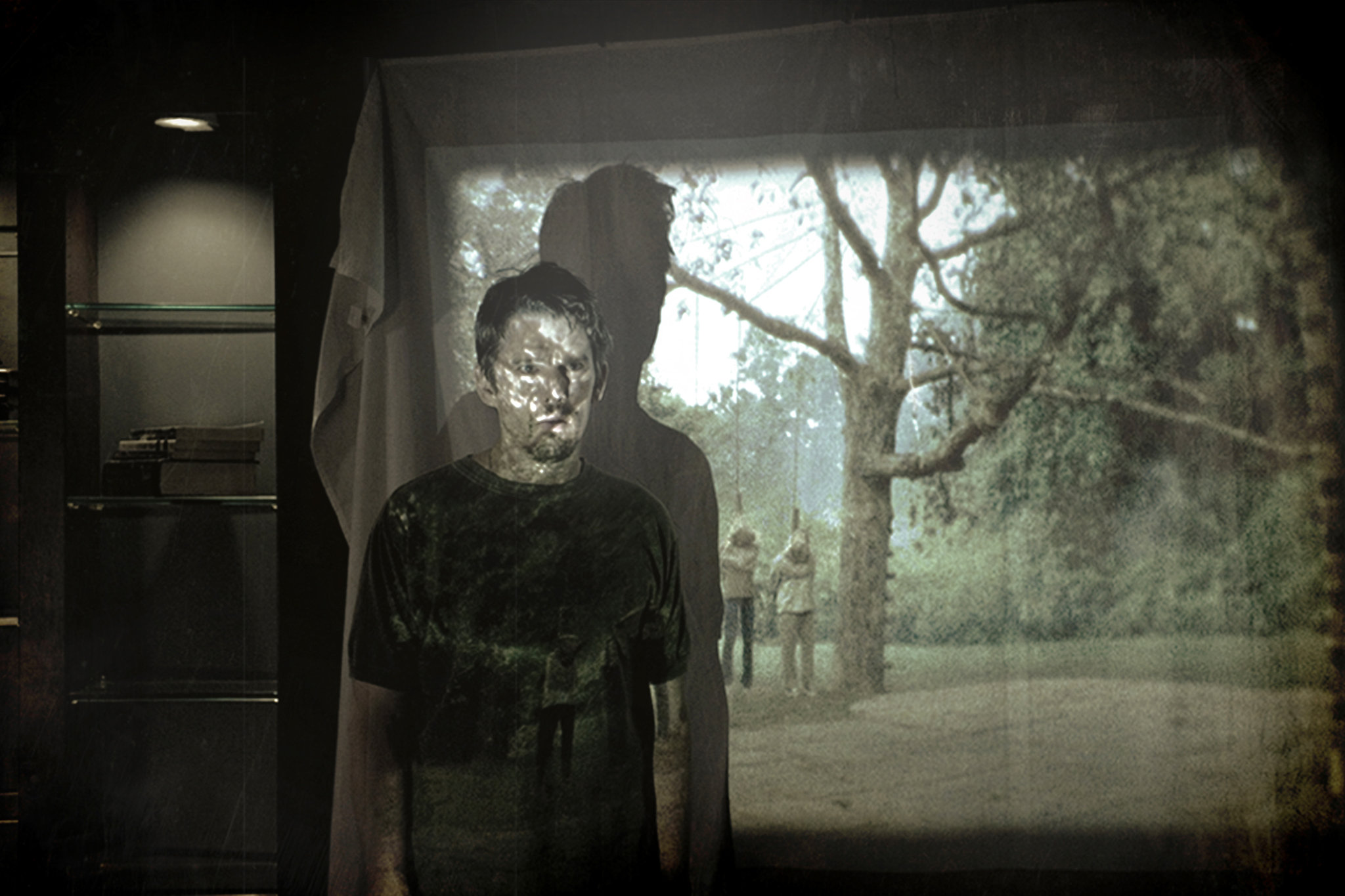 A supernatural horror movie released first in 2012, has always been on the list of top horror movies of every movie buff. The director did an amazing job by making the scenes severe and intense. The plot is shocking as it features a child who gets manipulated to kill his own family. It might not be comforting for some viewers. The movie has a lot of scenes related to murders and bloodshed. So, if you’re brave enough to set your mind at ease after watching it, you can go for it!

Nightmare on the Elm Street 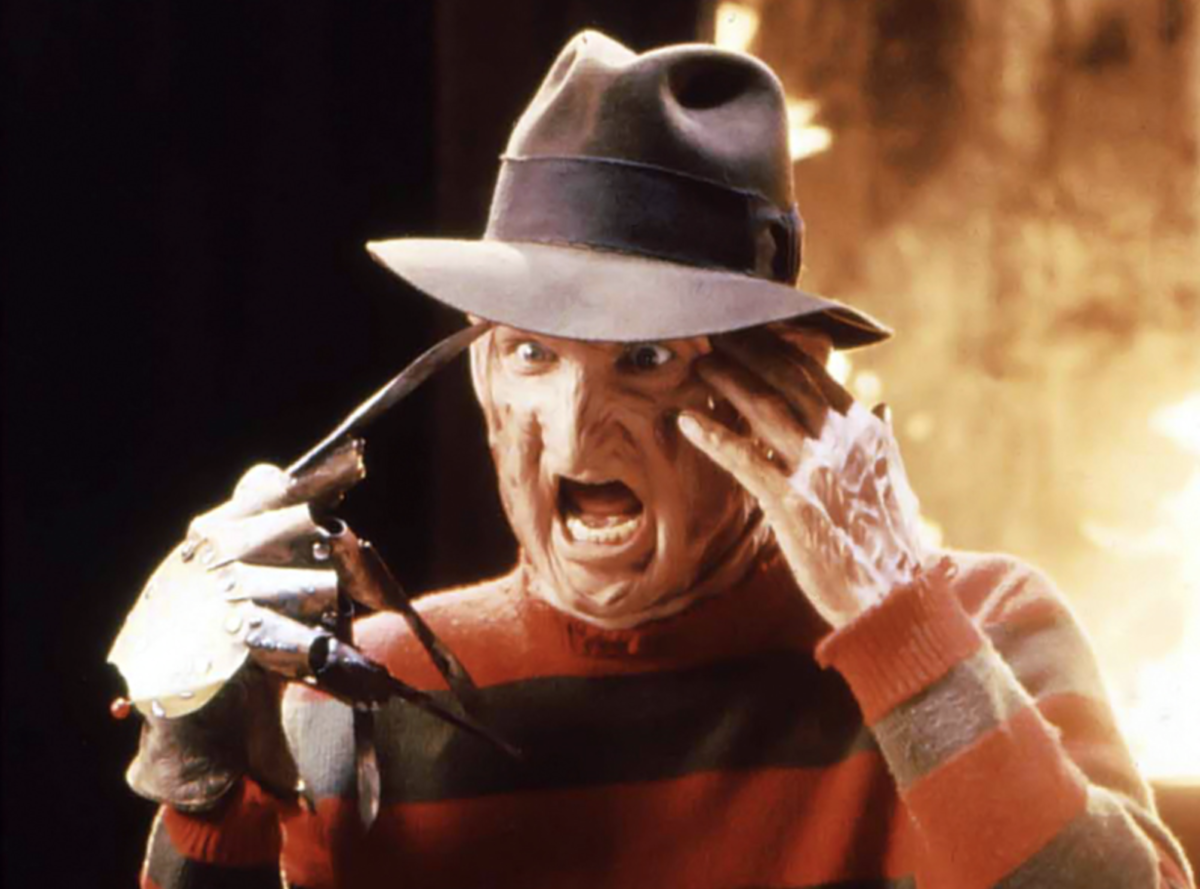 Nightmare on the Elm Street

To avenge his untimely death, Freddy Krueger, the spirit of a child, slays other teenagers and invades their dreams. He kills the children of all the parents who were somehow responsible for his demise. Featuring plenty of death scenes, this movie is again not for the sensitive hearts. The film currently has an IMDb rating of 7.5 and is still very popular among people. This is one reason why it has 5 sequels, and all of them were well received by the audience.

Night of The Living Dead 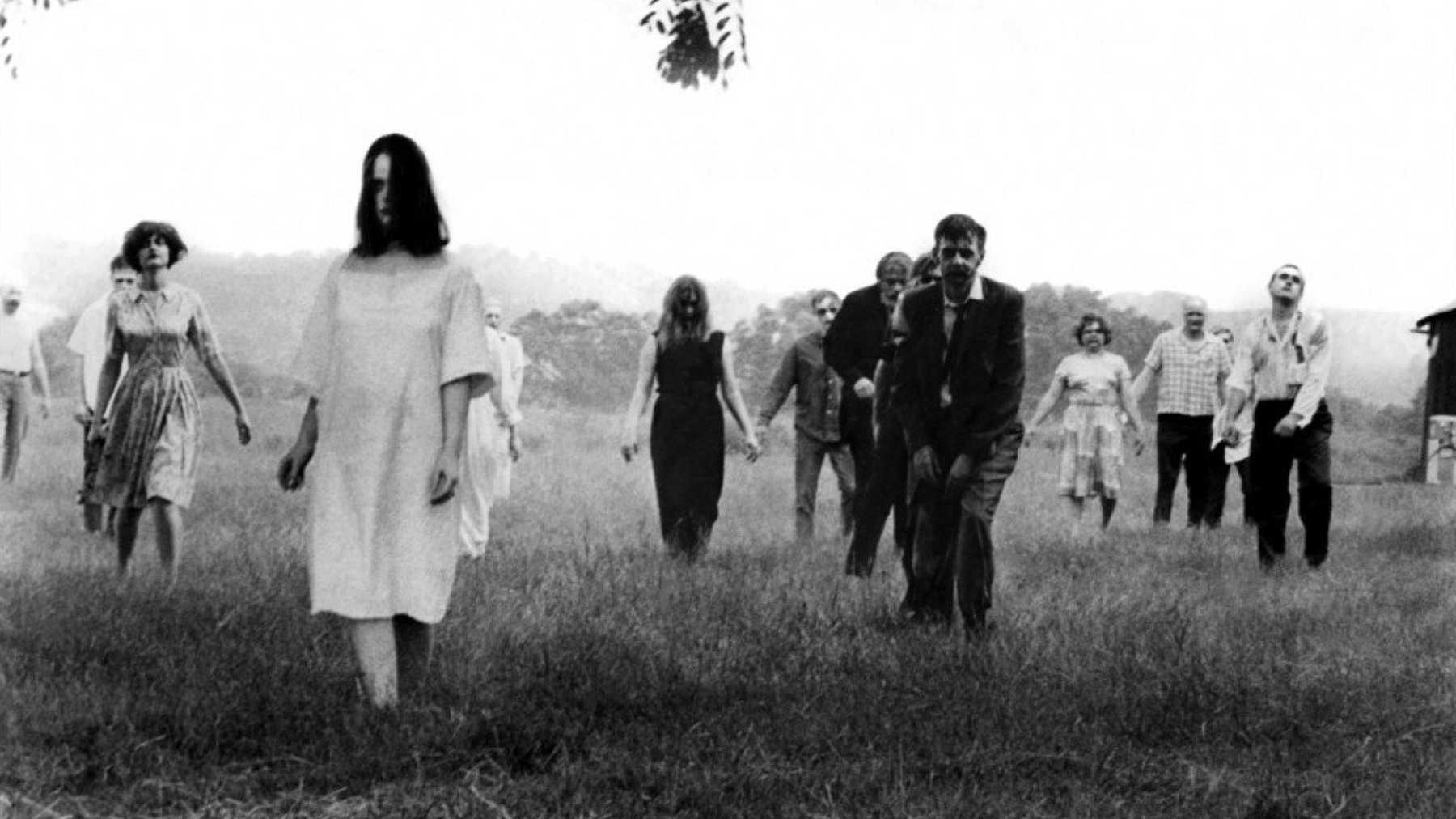 Night of The Living Dead

This movie has a plethora of realistic gore scenes that it has been banned in many countries like Germany. The zombie film has a lot of death scenes, and its plot usually revolves around a cemetery. As a group of people takes shelter in a deserted house, the corpses start to look for humans’ flesh. This makes the survivors panic and handles the disaster. However, despite their attempts to save themselves, they eventually fall into the hands of the dead ones. 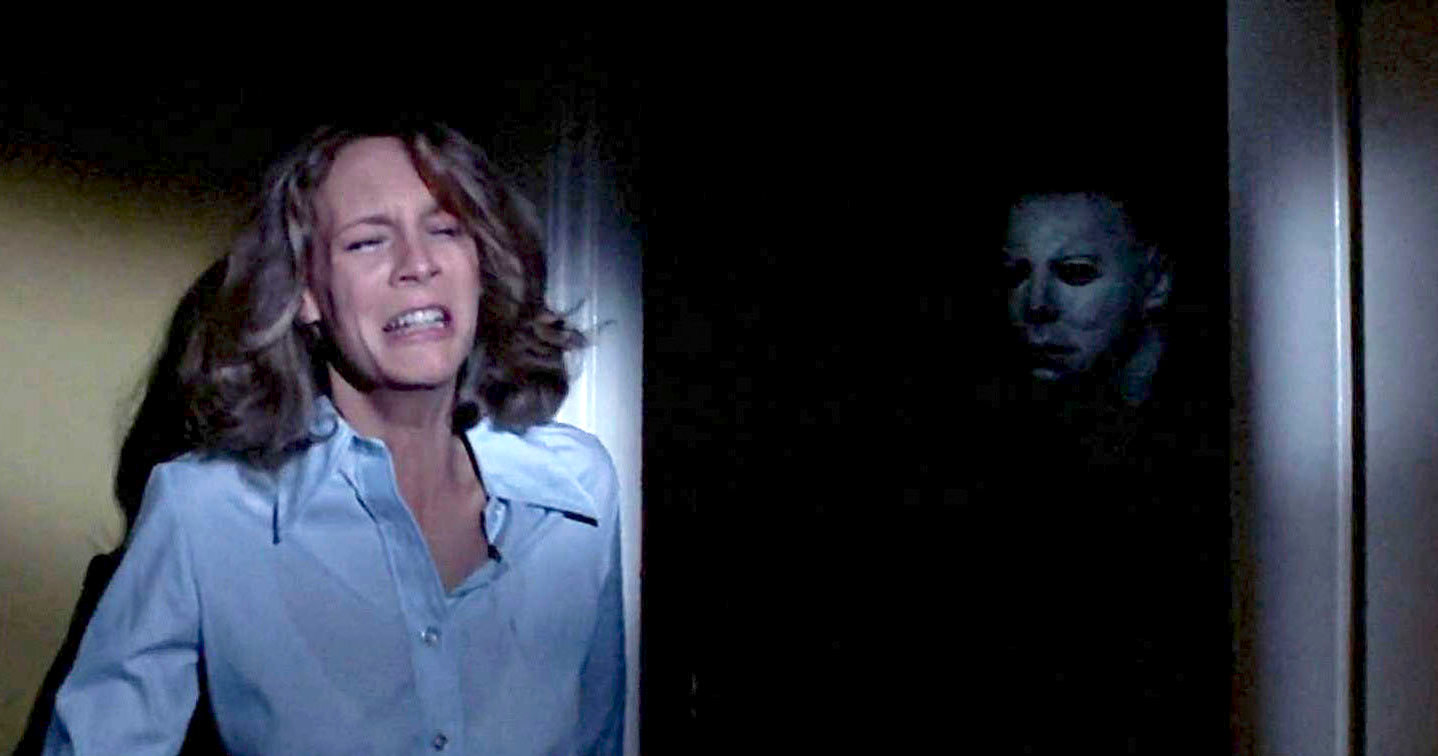 Meet the most classic and scariest movie ever! If you are much into bloodshed and related graphics, you will certainly love this film. Created by John Carpenter and Debra Hill, Halloween takes the first spot on this list. The franchise has released 8 sequels to date, and all of them were an instant hit. Michael Myers plays a negative role in all these films and murders teenage babysitters on Halloween ruthlessly, especially at night.

Also Read: The Wilds: Amazon Drops Its New Genre Series On The Platform

It was indeed difficult to select just 10 movies among all the horror movies out there. But this was our list of top 10 horror movies of all time. Do let us know if we have missed out on any of your favorite films in the comment section.