The King of Pigs Ending Explained

Finally, The King of Pigs had concluded, but the ending has left bitterness. However, the way the story unfolded, it’s predictable that the end would not be like the other kdrama’s happy ending. The thriller mainly focuses on school violence, bullying, teachers’ negligence, the aftermath of bullying, and psychological effects. Director Kim Dae Jin did a great job presenting such sensitive issues as realistic as possible. Not to forget, the child stars Choi Hyun Jin (Kim Cheol), Lee Chan Yoo (Hwang Kyung Min), and Shim Hyun Seo (Jung Jong Suk) were the gems of the drama! Even for adult actors, it’s challenging to perform such a heavy plotline. However, all three little stars showcased excellent acting skills throughout the series!

Besides the child actors, talented cast member such as Kim Dong Wook, Kim Sung Kyu, and Chae Jung An portrayed their characters flawlessly. Although the drama is based on the 2011 animated film, the storyline is slightly different from the original content. But it has outstandingly reflected the reality of bullying. Therefore, the ending of The King of Pigs would make anyone question the depiction of sanity and insanity!

The King Of Pigs Ending Explained: Hwang Kyung Min Wants To Do What Kim Cheol Couldn’t

Episode 11 of The King of Pigs shows that Hwang Kyung Min wants to reveal the truth behind Kim Cheol’s death and wants to do what Kim Cheol couldn’t do. And this is one of the focal points in the ending of The King Of Pigs. However, Jung Jong Suk doesn’t let him speak and sneakily takes him out of jail. His original plan was to kill Hwang Kyung Min, so the truth would not be out. Therefore, he deliberately drives his car into a river and lets his friend sink in the water while he gets away. However, his plan fails since Park Sung Jin saves Hwang Kyung Min. 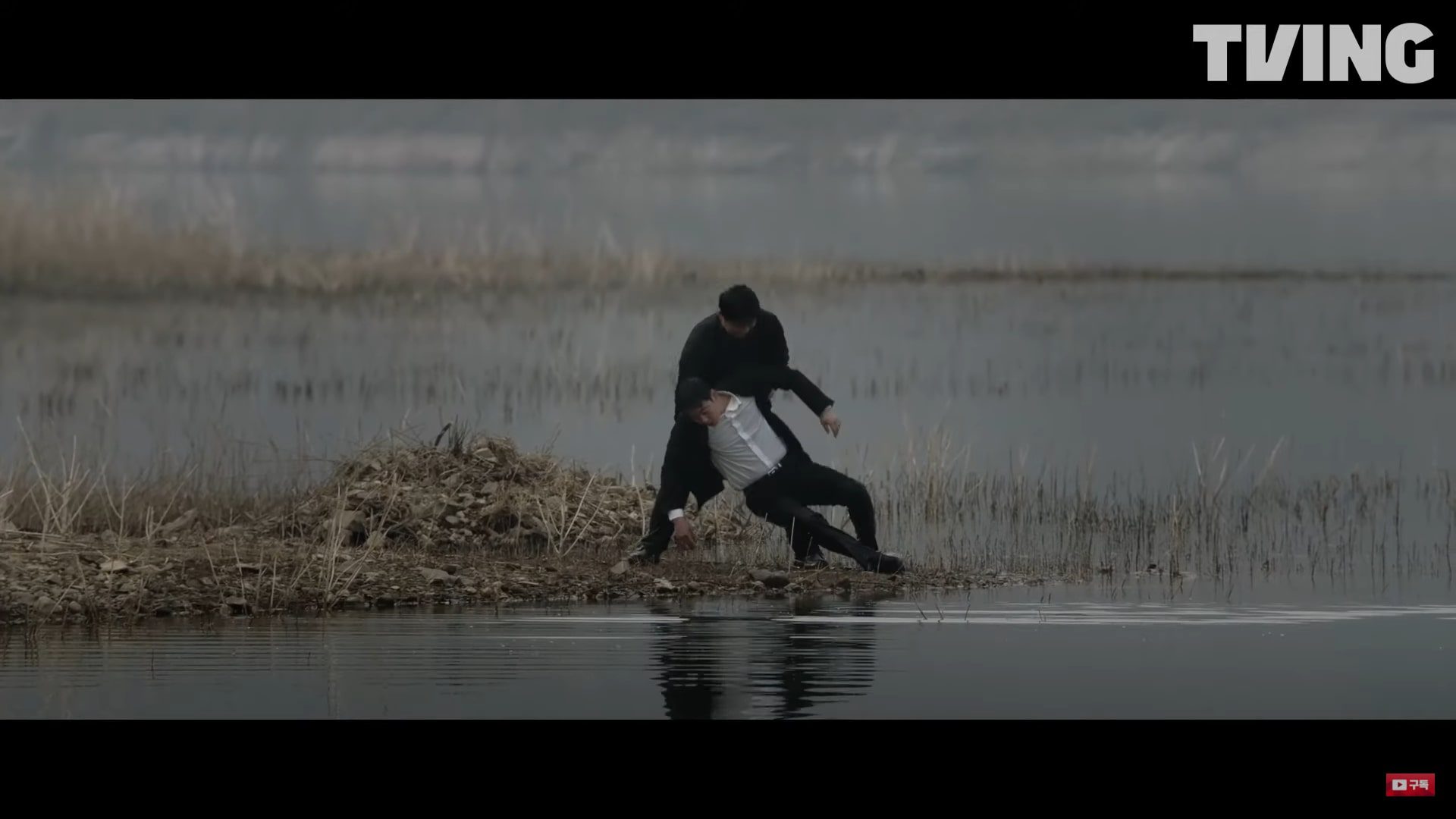 Meanwhile, Kang Jin Ah continues her investigation to find a way so Jung Jong Suk could turn himself in. She seems confused about Hwang Kyung Min’s wish. Detective Kang even tries to stop Jung Jong Suk from committing horrendous murder. However, the latter has no intention of quitting now. Therefore, she resorts to her last option and asks Park Sun Jin about Hwang Kyung Min’s whereabouts. After finding his location, she seems to connect all dots and realizes that what Hwang Kyung Min wants to do is commit suicide which Kim Cheol couldn’t do in the past!

The Truth Is Revealed

Finally, the ending of The King of Pigs exposes the truth hidden for years. After Park Sung Jin saves his life in Episode 12, Hwang Kyung Min calls Reporter Kim Jong Bina and demands to complete the promise he made a year ago. As per his promise, Kim Jong Bin reveals everything about the school violence and bullying Hwang Kyung Min suffered during middle school. He also discloses the list of all remaining students who tortured Hwang Kyung Min, including himself. 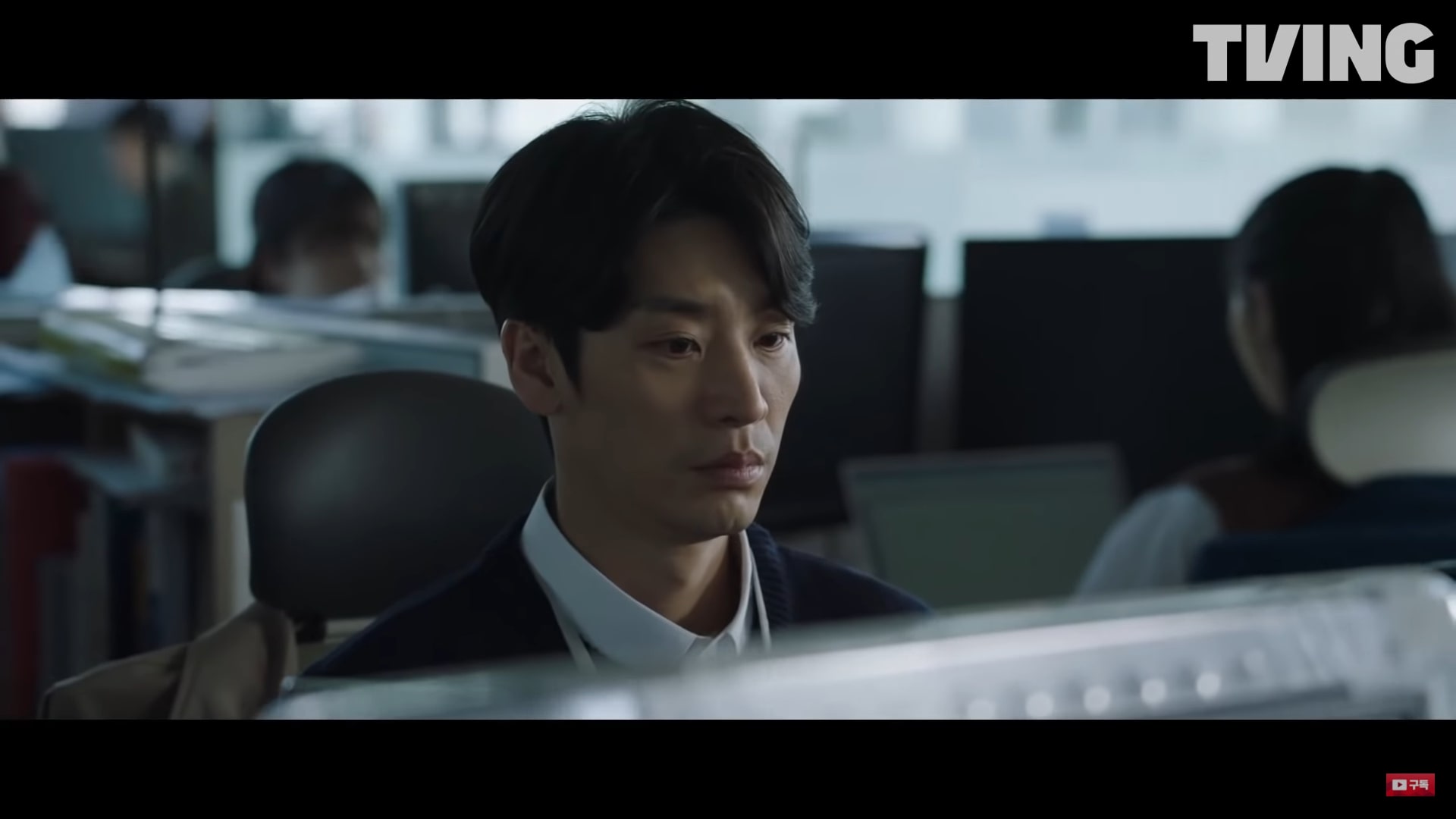 As soon as the perpetrators’ list exposes on the internet, the remaining bullies’ lives turn miserable. Everyone tries pathetic attempts to save their faces from the misdeed they committed in the past. However, nothing can undo or lessen the anguish and pain Hwang Kyung Min, Jung Jong Suk, Kim Cheol, and other bullied students suffered. However, here not the whole truth is out! Kim Jong Bin only reveals the information about the bullies and how Kim Cheol committed suicide in public but not the truth about Kim Cheol’s death. After all, Hwang Kyung Min didn’t tell him that Jung Jong Suk had pushed Kim Cheol off the roof. Therefore, this makes The King of Pigs ending more intriguing! What exactly does Hwang Kyung Min want from Jung Jong Suk? Was his intention not to punish him? Or is there more to it?

The King of Pigs ending exposes the bullies’ list, including their then-teacher Choi Suk Ki’s name. Therefore, to move his plan to the final stage, Hwang Kyung Min kidnaps Teacher Choi, ties him up in their middle school’s teacher room, and cuts both of his veins. Later, he sends a group message to the remaining tormentors that they aren’t perpetrators but victims. And if they want proof, they should come to the Sin Seok Middle School. Therefore to save their faces, they run to the school as if their life depends, only to find some books scattered on the playground. 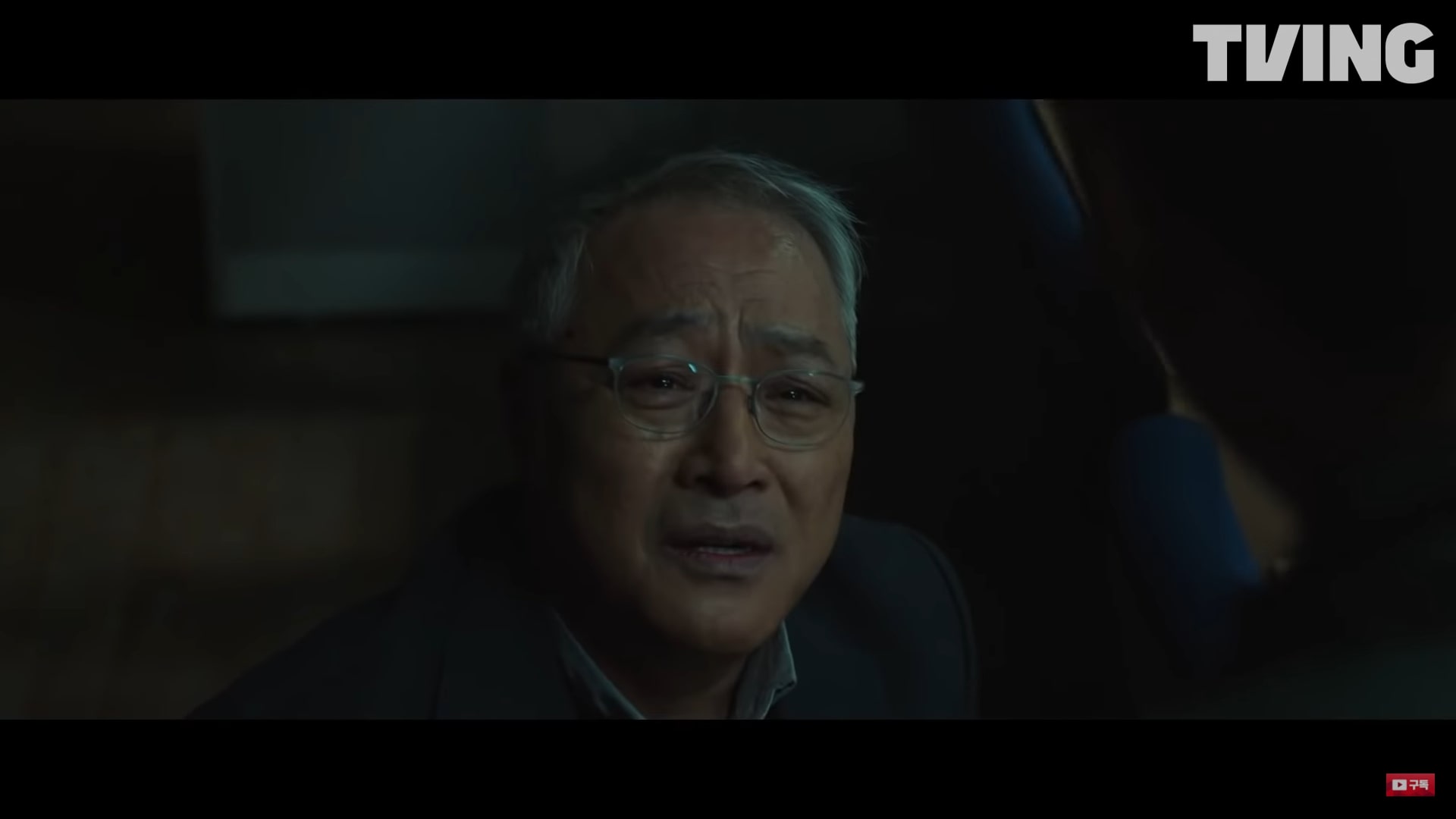 He had left one phone at the teacher’s desk and the other on the school’s ground to show him how many piglets would help him if they followed his teaching. However, no one even notices the phone and only looks for evidence that can prove that they weren’t bullies. It shows how little they care about their surroundings when they themselves go through the pitless torture!

Meanwhile, Jung Jong Suk arrives there, and he and Hwang Kyung Min get into a physical fight. Hwang Kyung Min tries to show him the viciousness of reality, but Jung Jong Suk doesn’t seem to have it. He wants to cover up everything and continue live in denial. However, Hwang Kyung Min wants Jung Jong Suk to confess his crime, the crime he committed years ago. The King of Pigs ending also discloses what happened a year ago, drastically changing Hwang Kyung Min’s personality. It was the trio picture they took before Kim Cheol’s suicide facade, and there Kim Cheol was smiling! 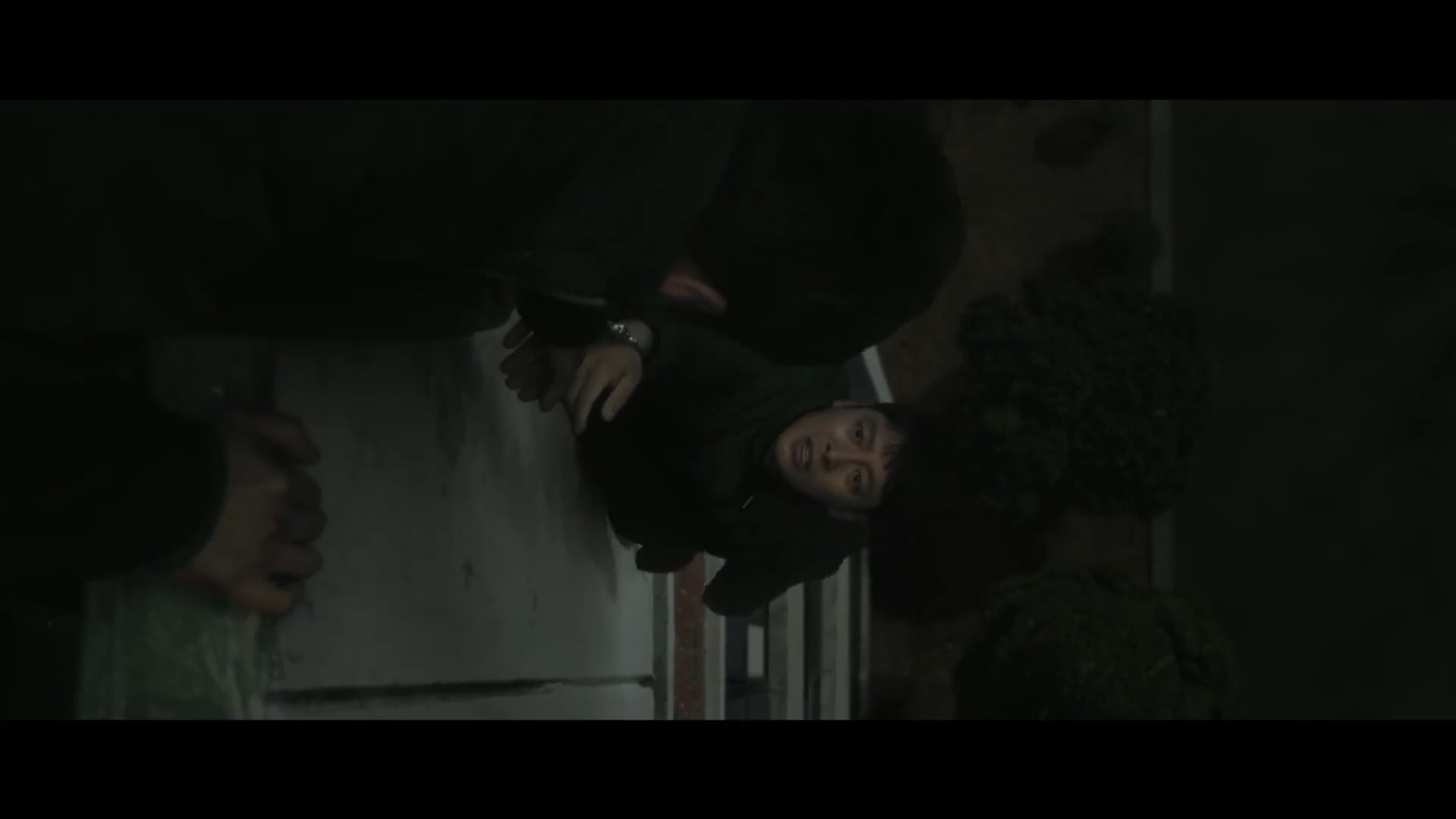 The drama has excellently highlighted the realistic side of school violence, bullying, and its aftermath of both bullied and bullies. Therefore, when The King of Pigs ending shows their 8th-grade spring picnic, one should know that the drama has wonderfully illustrated its message. The picnic scene was the first time the trio met where Hwang Kyung Min had approached Kim Cheol. Maybe this was the reason Kim Cheol had saved them. After all, they were the first ones who had brought a beautiful smile to his face and hope of friendship in his life. 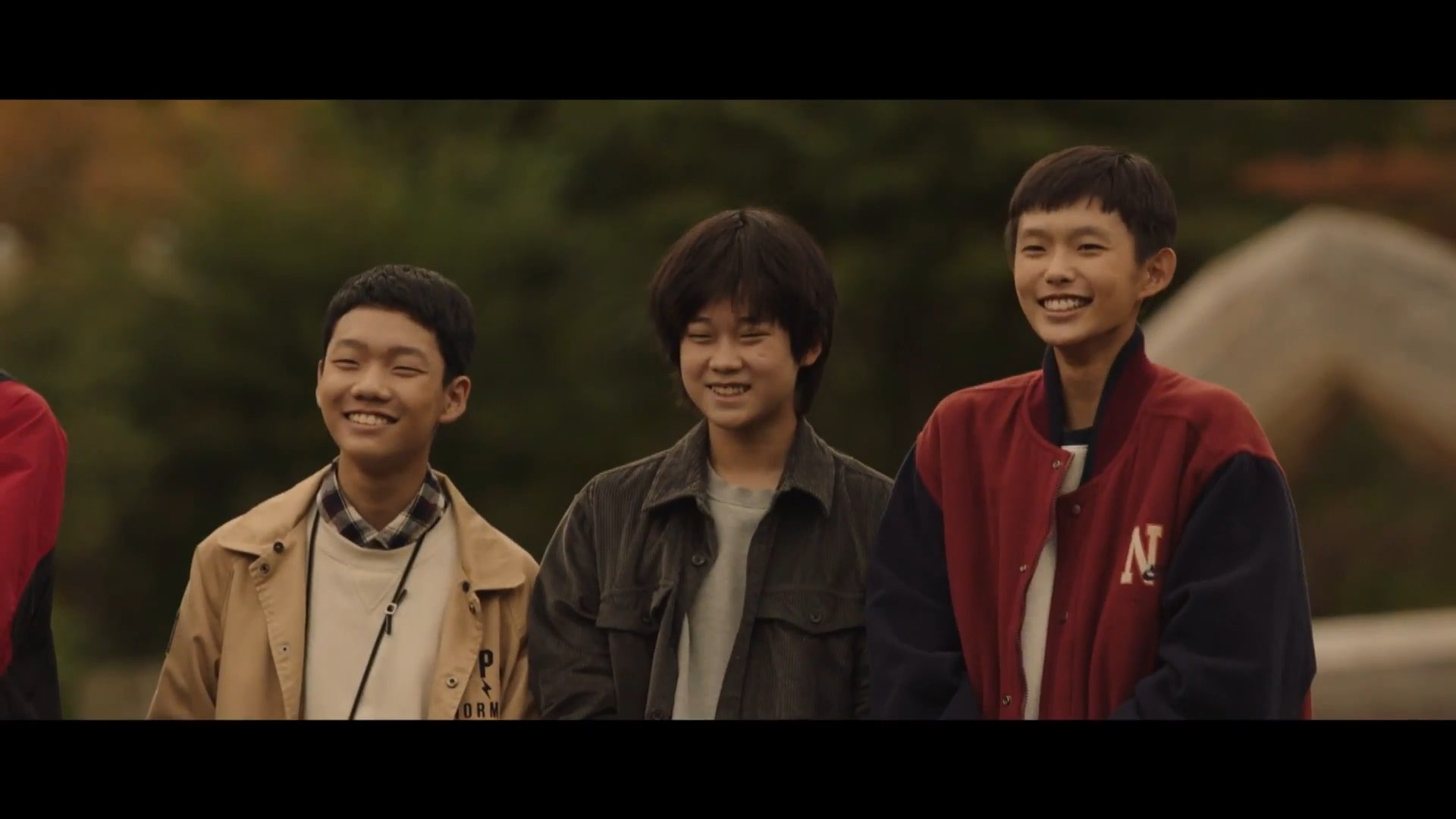 The ending will make anyone heart wrench in pain, knowing so many ‘ifs’ are left. What if they weren’t bullied, what if they weren’t fighting back, what if teachers had come to their aid, what if someone had raised a voice for them, what if Jung Jong Suk hadn’t pushed Kim Cheol? How different would their story have been? If they weren’t bullied, they would have become friends and lived their life to the fullest. After all, all Hwang Kyung Min wanted was to live his life with his friends, Jung Jong Suk and Kim Cheol. However, the barbarity of school bullying turned them into empty shells filled with hatred, agony, and pain. Therefore, The King of Pigs ending has left us with nothing but bitterness from three wounded souls.

Is It Possible To Have The King of Pigs Season 2?

Unfortunately, no official statement has been made regarding The King of Pigs Season 2. Therefore, fans will have to wait for the latest news. However, considering The King of Pigs ending, it will be challenging to come up with a new story. The new plot may not be as intense and powerful as the previous one. After all, the kdrama was based on the 2011 animated film of the same title directed by Yeon Sang Ho. Furthermore, it is also based on many of the director’s former experiences in high school. Therefore we see the clear touch of reality in the animated film as well as in the kdrama.

this was such a tragic yet perfect ending for them. kyungmin and cheolie deserved so much better and the childhood flashbacks made me cry. i would feel sorry for jongsuk too but he killed cheol and grew into a piece of shit cop so fuck him#TheKingOfPigs #TheKingofPigsEp12 pic.twitter.com/1cVXHwjdXZ

Also, the drama’s ending has already tied up all loose ends. Therefore, the possibilities of The King of Pigs Season 2 are fewer. Since the story’s sequel or prequel is not possible, coming up with a new plotline is the only option. If they come up with a new plot, there will be a new cast as well. However, the final decision depends on the writer and the production house. Meantime, you can watch the thriller psychological animated film ‘The King of Pigs’ by Yeon Sang Ho. The animated film’s storyline is slightly different from the drama’s plot, but the main context is the same. The animated film is available on YouTube with English Subtitles for international fans! And you can check out the kdrama ‘The King of Pigs’ on TVING.